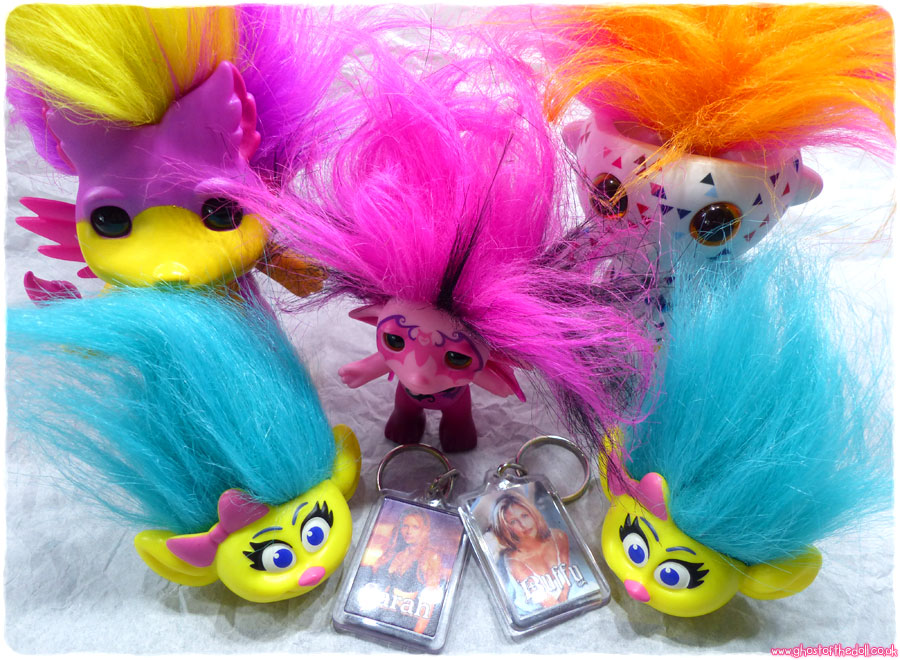 The two Zelfs and two McDonalds Happy Meal “Trolls” heads were sold as a group which the shop wouldn’t split up (so I now have three of these).

The Zelfs I found are called Talon (a griffin) from the large pearly series, and Vampula (a vampire) from the Masquerade series. They are both from 2014. 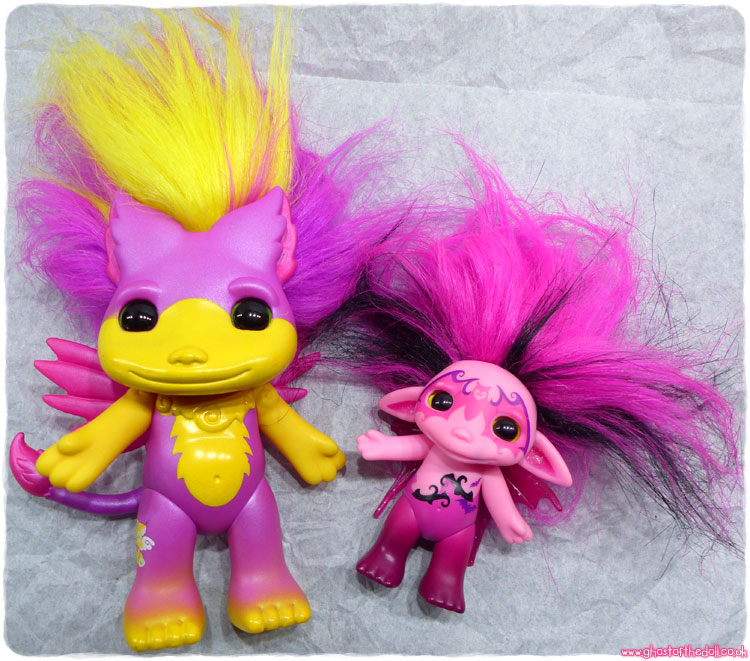 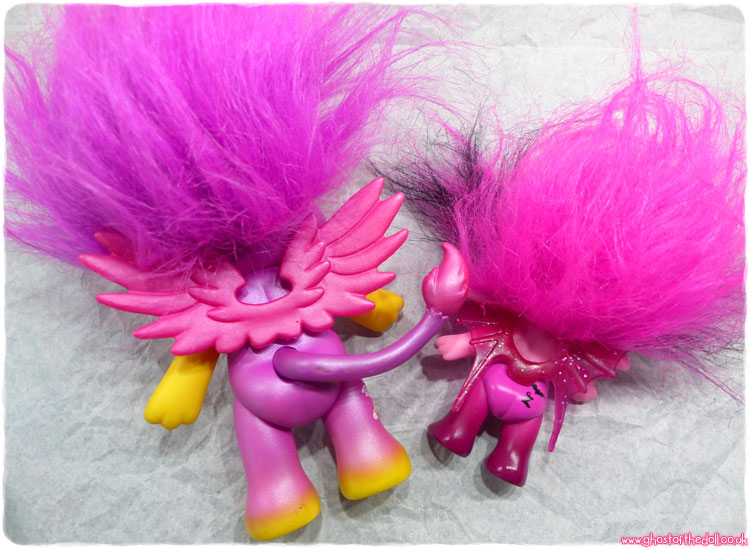 Talon originally came with a brush and two hair clips, and Vampula a comb and tiara. 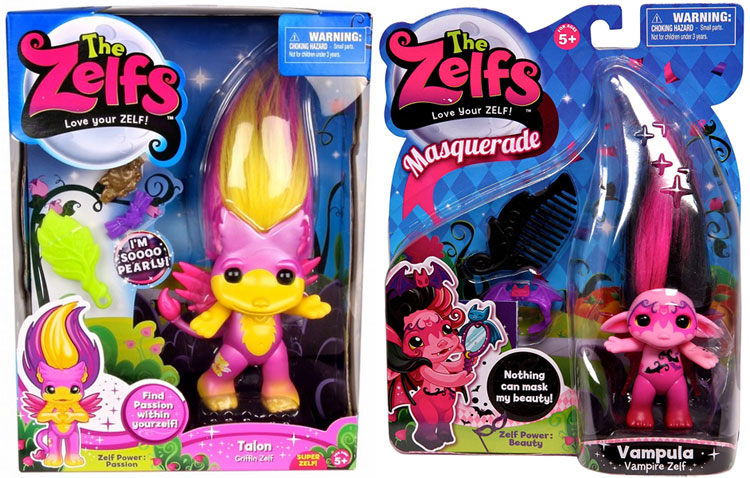 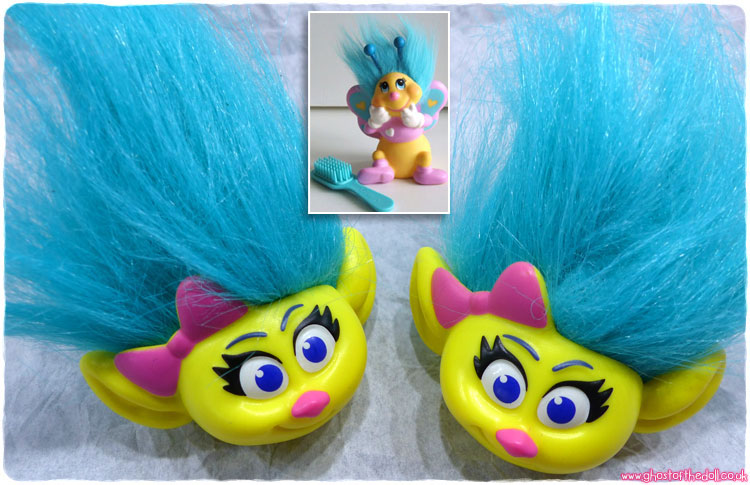 In the same charity shop as the Zelfs and Troll heads, was this peculiar looking troll, displayed on the shelf underneath. The old lady in the charity shop looked most confused when I asked her if she knew what it did, as I didn’t know at the time. A spot of research later and I found out it is an Elektrokidz, produced by WowWee from 2014. The were a series of troll-like figures with sound activated “dancing” hair.

They each had their own name (this one being “Lyric”) and would originally have came with a pair of sunglasses. 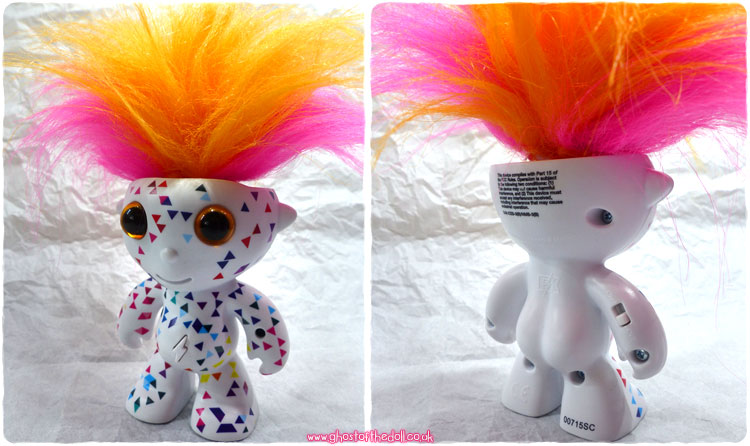 There seem to have been quite a few colour variations, including metallic. These are some of them: 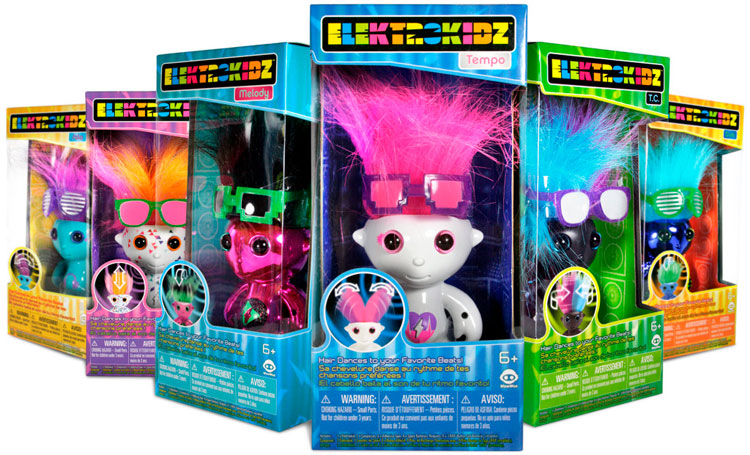 And lastly, for the princely sum of 20p, two Buffy The Vampire Slayer/Sarah Michelle Gellar mini keyrings! I bought both as they had the same image on both sides. They now each have one of each. 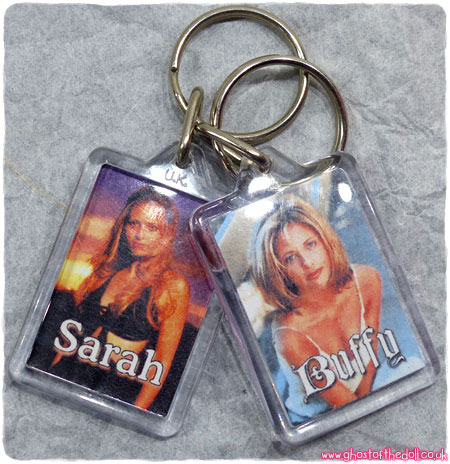