I found a selection of smaller items whilst charity shopping this week, including Powerpuff Girls, Trolls, Fifi & The Flowertots, G4 My Little Pony, Crazy Bones, Moshi Monsters, Chelsea (from Barbie), Transformers, Little Mermaid “Sebastian”, Glimmies, some boots, the front half of a Polly Pocket: Clip N Lock dress, and a G4 My Little Pony headband. 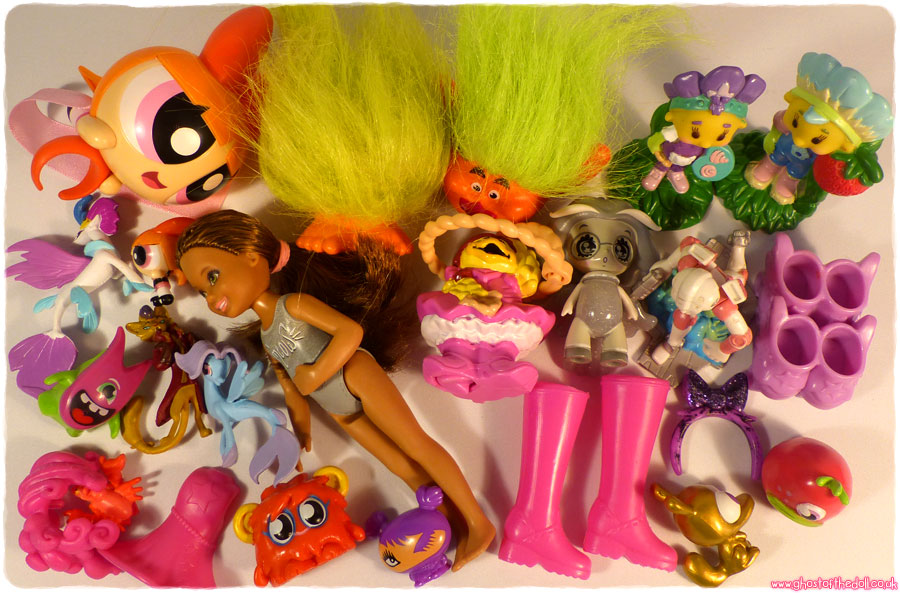 I have finally found them all! 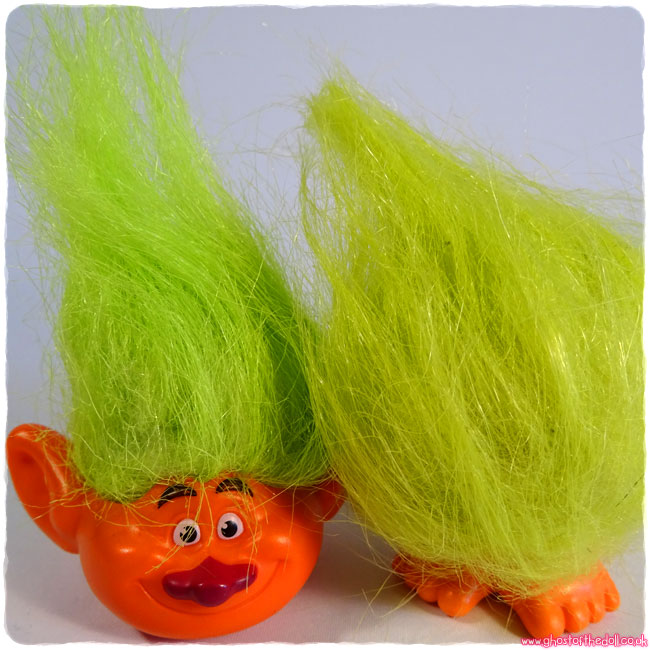 Her head and arms move. 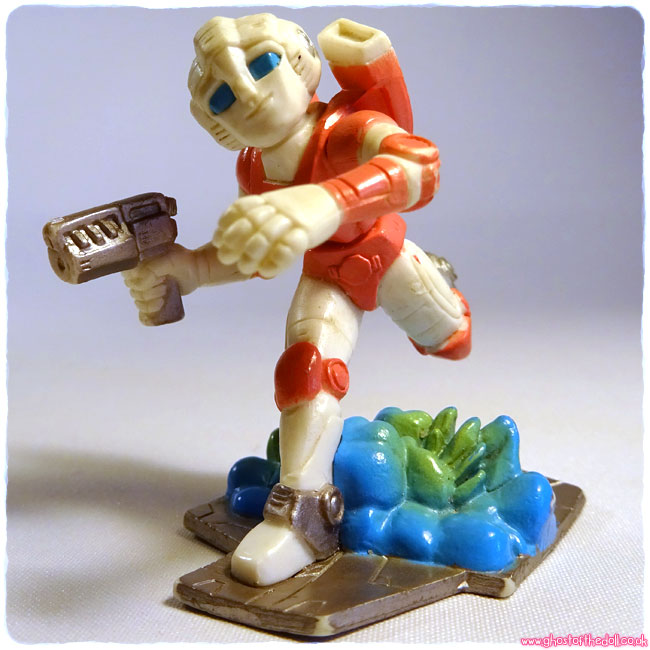 Her belly begins to glows as the top of her head is covered over. 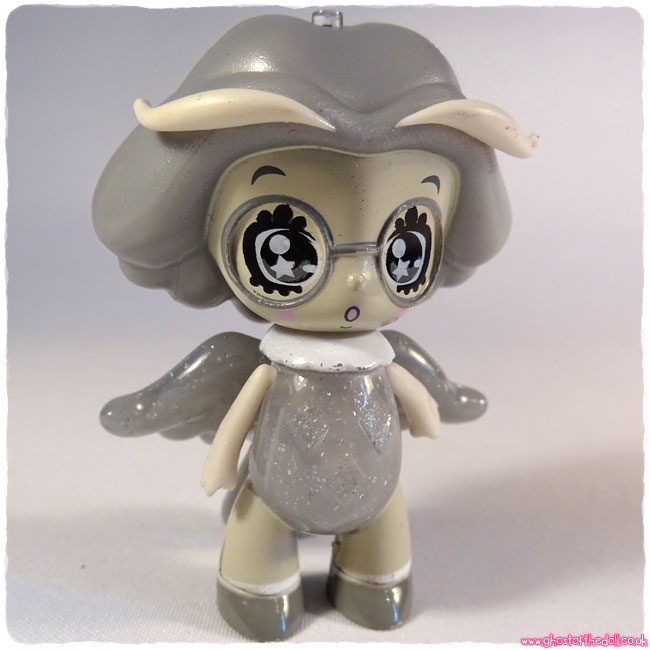 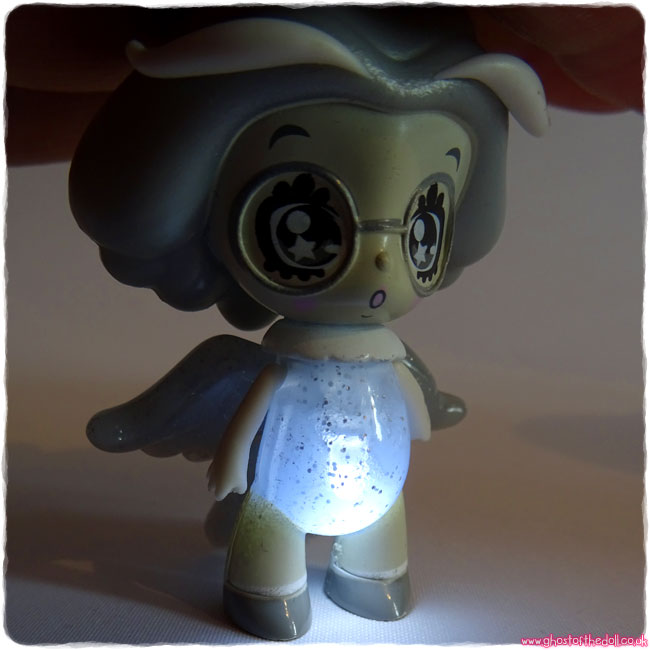 There was also a third figure as part of this set. 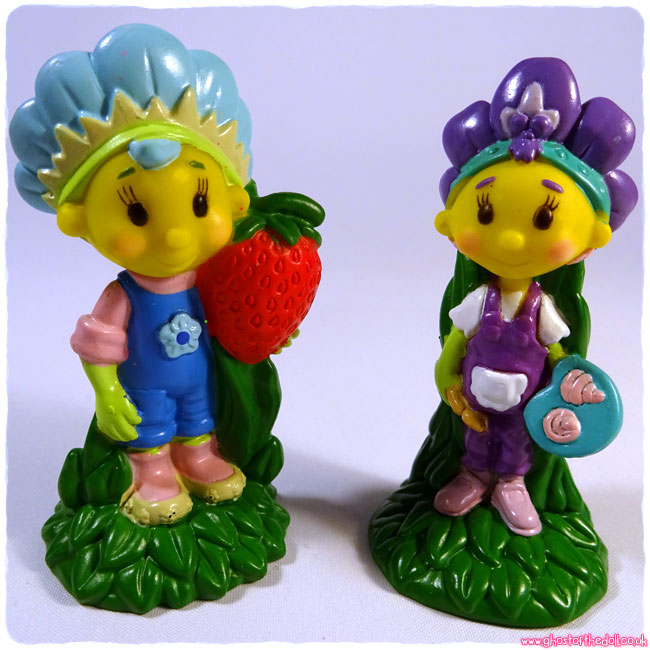 The ring is McDonals and the smaller figure is Kinder. 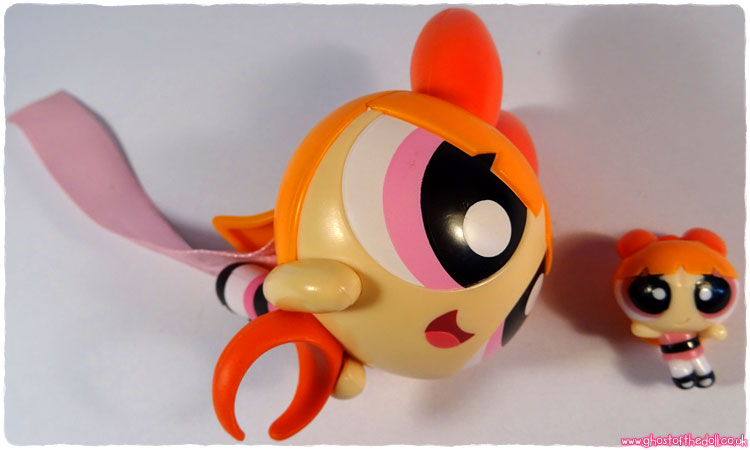 He’s very small and I’ve no idea how he was sold yet! 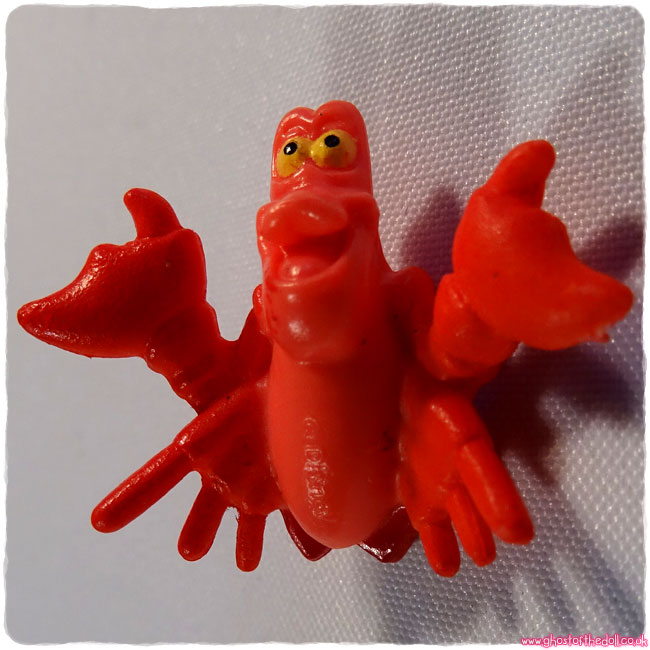 Missing her skirt, shoes and cat. 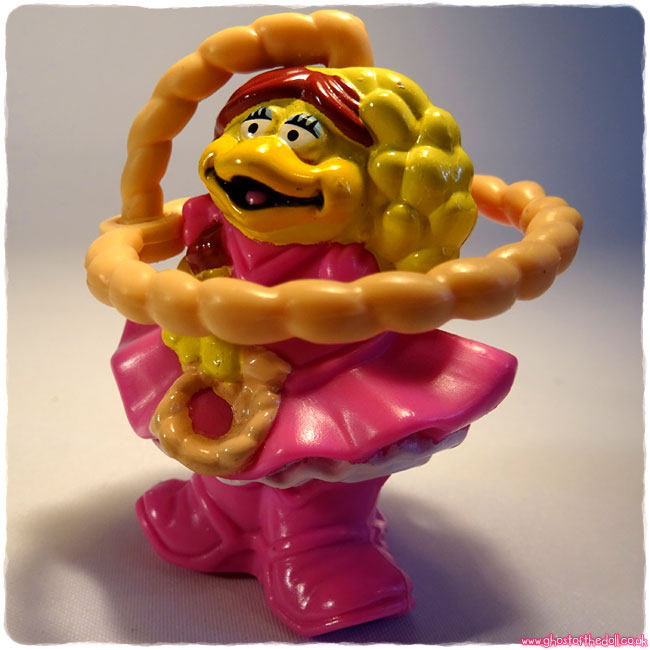 I found three more figures from the G4 My Little Pony: The Movie ~ My Busy Books set. 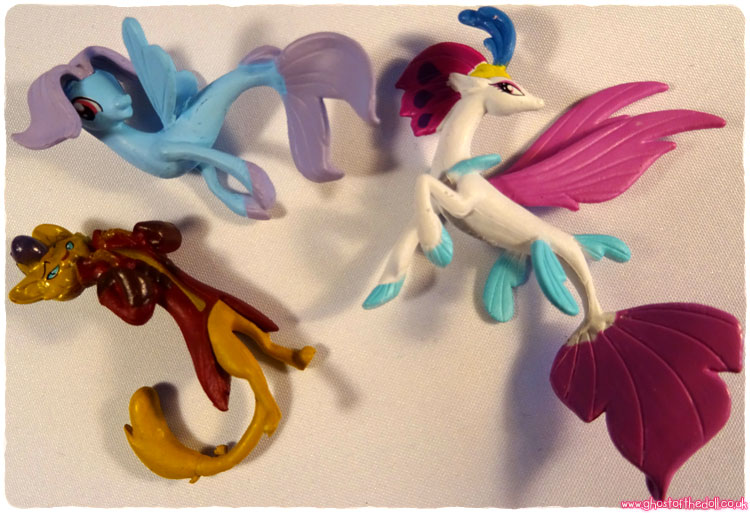 I also found a G4 headband and set of skates, and what looks like a G3 Ponyville wig only it has a different inner pin so doesn’t fit them. 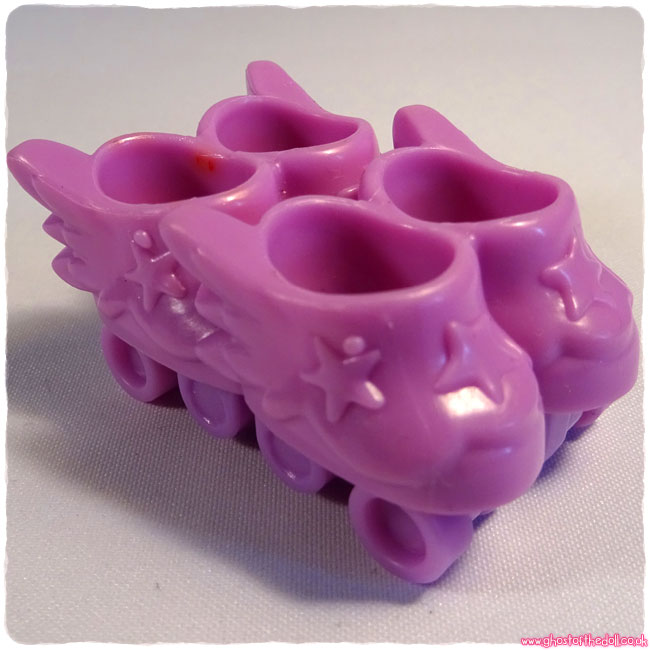 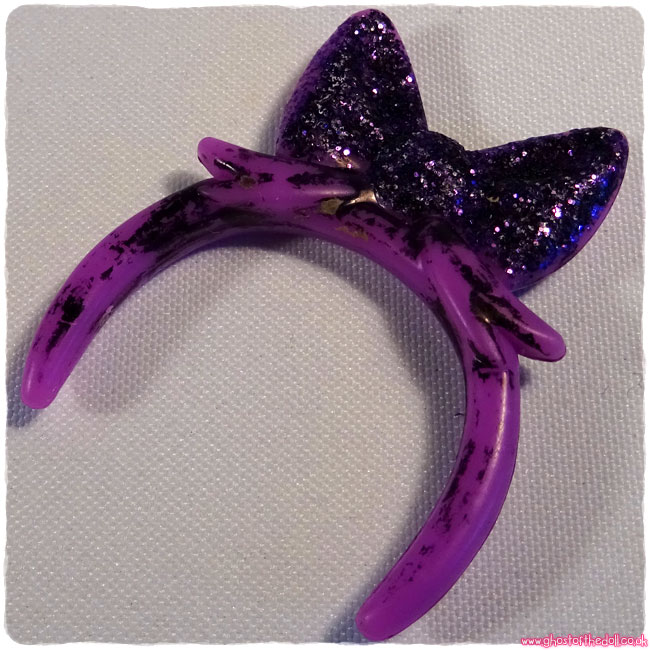 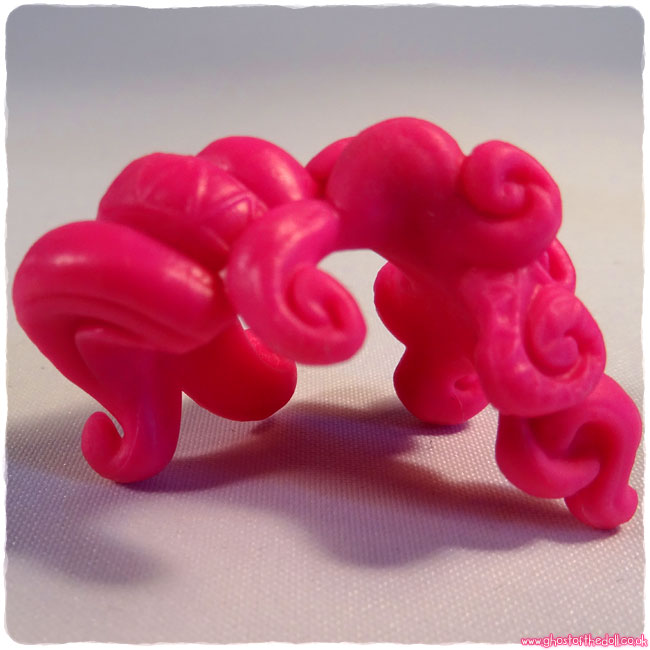 The dress is missing its back half. The boots are slightly too small for Barbie, and cheaply made. 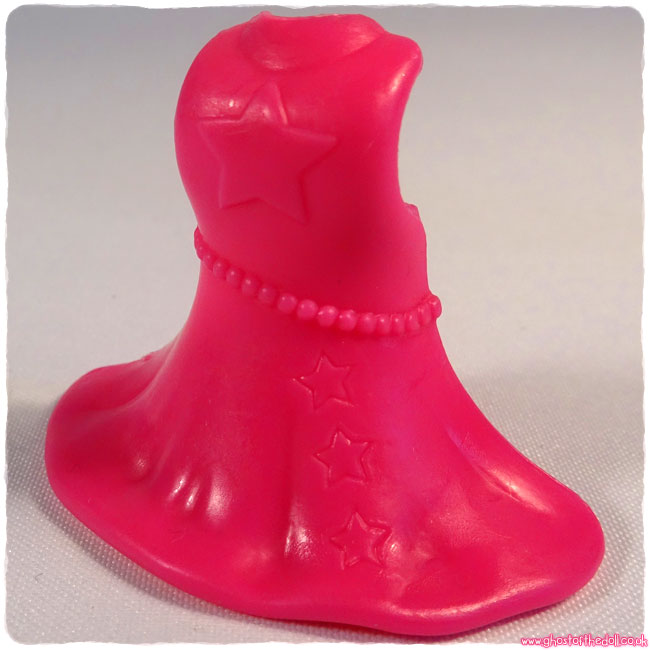 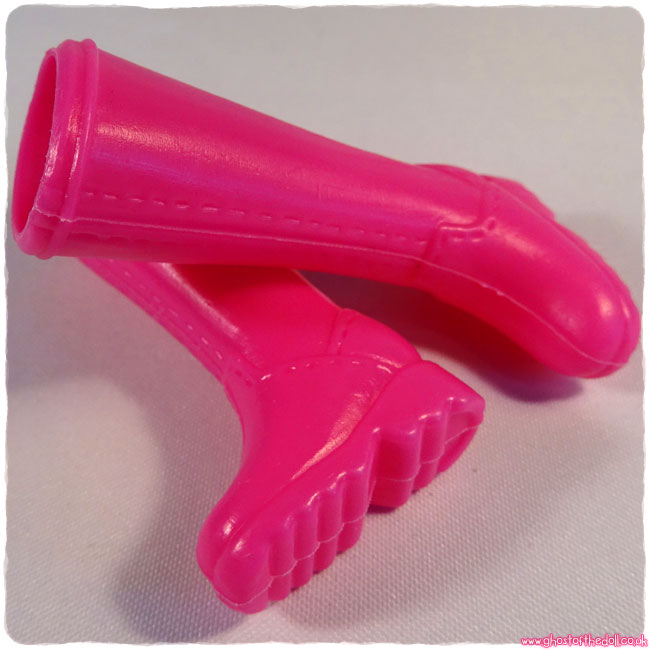