I came back with a selection of little odds and sods from my trip into Rayleigh this week. My favourite find is the creepy rabbit clock with moving eyes and ears. I found two G3 and one G4 My Little Pony plus a Cutie Crew figure, a Cupcake Surprise (but no surprise she hatless), two Lalaloopsy pets, and various little figures including characters from Disney Princess, Moshi Monsters, Roary the Racing Car, Finding Nemo and Waybuloo. 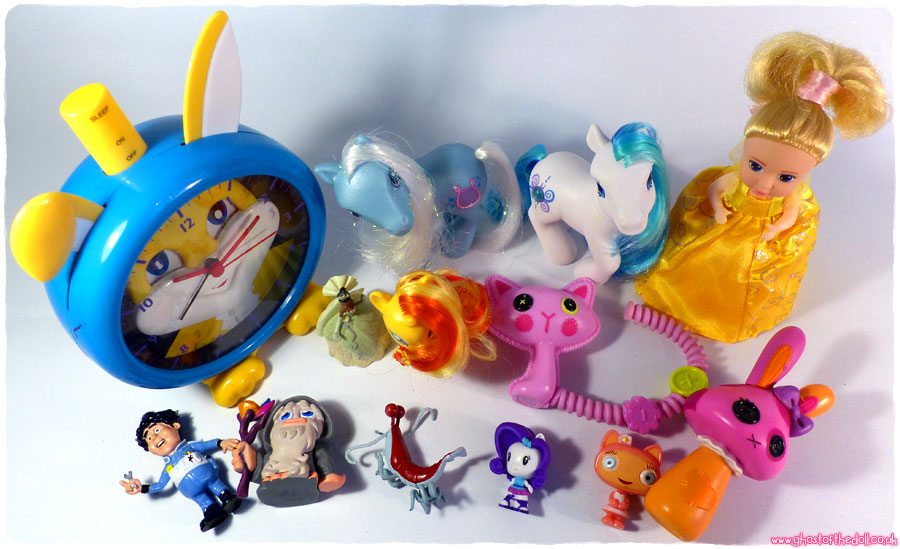 What can I say? It took my fancy and now has pride of place atop my computer! 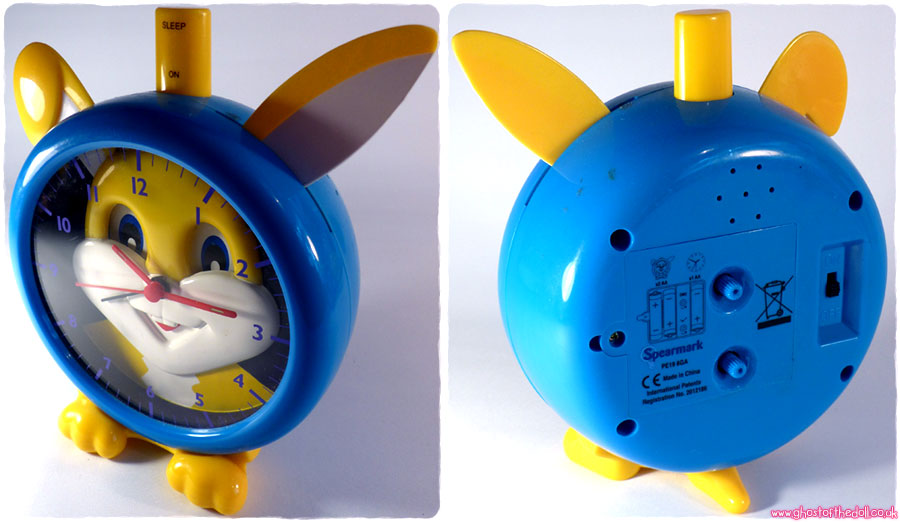 I noticed a Lalaloopsy doll in the charity shop window to which the pet cat originally came with (Silly Hair Jewel Sparkles), but I already own her so didn’t get the doll too. I would have if she had been reasonably priced, but she wasn’t! The rabbit originally came with the bendy legged Princess Nutmeg (not found in the shop).

Another Cupcake doll missing her hat. This one is called Maya, and her hat is white with sprinkles. 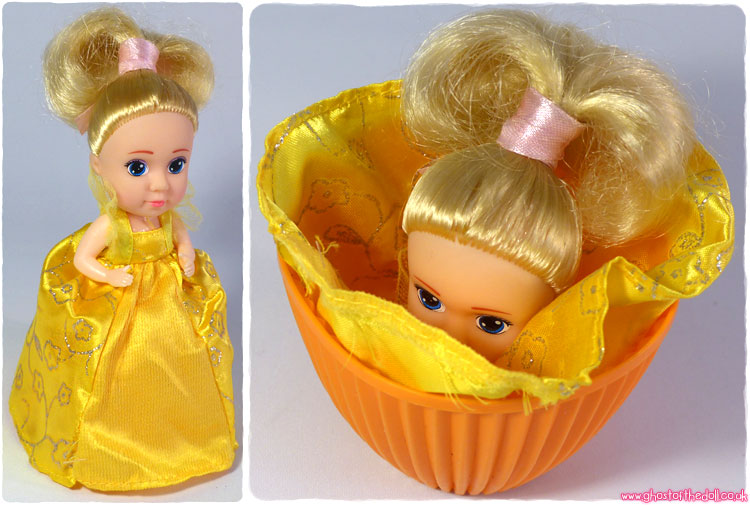 These three ponies were sold in a bag together. The blue G3 pony on the left is Bee Bop, and the white G3 pony on the right is Periwinkle. The yellow G4 baby pony in the middle is Sunset Shimmer, complete with her necklace. 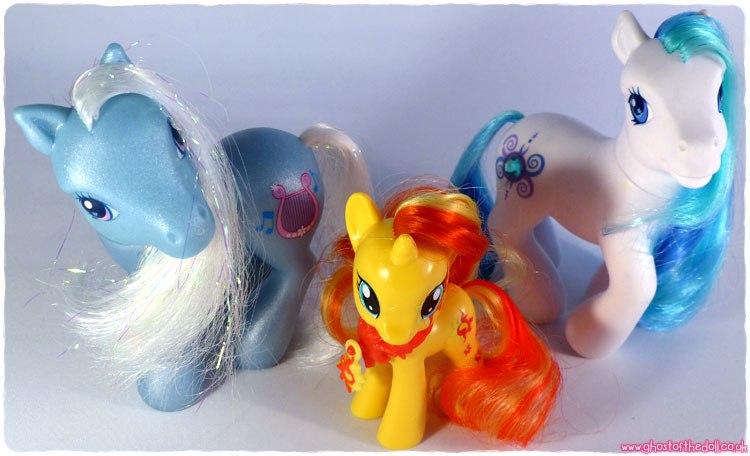 This is Rarity from the Party Style series. She would have originally come with a shoe to stand in. She came in a mixed bag of toys including everything below. 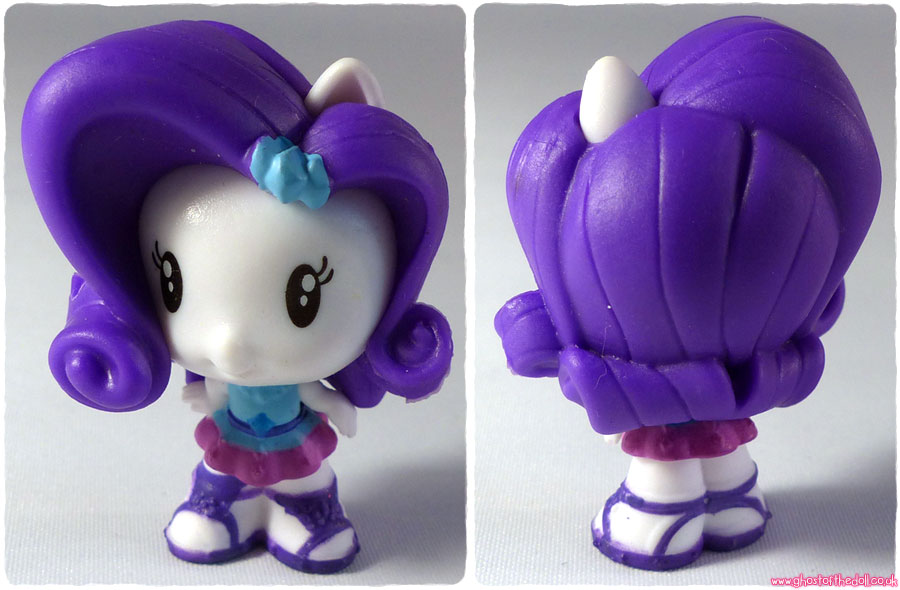 A little hard plastic De Li figure. I like her best because she reminds me of Poppet from Moshi Monster! 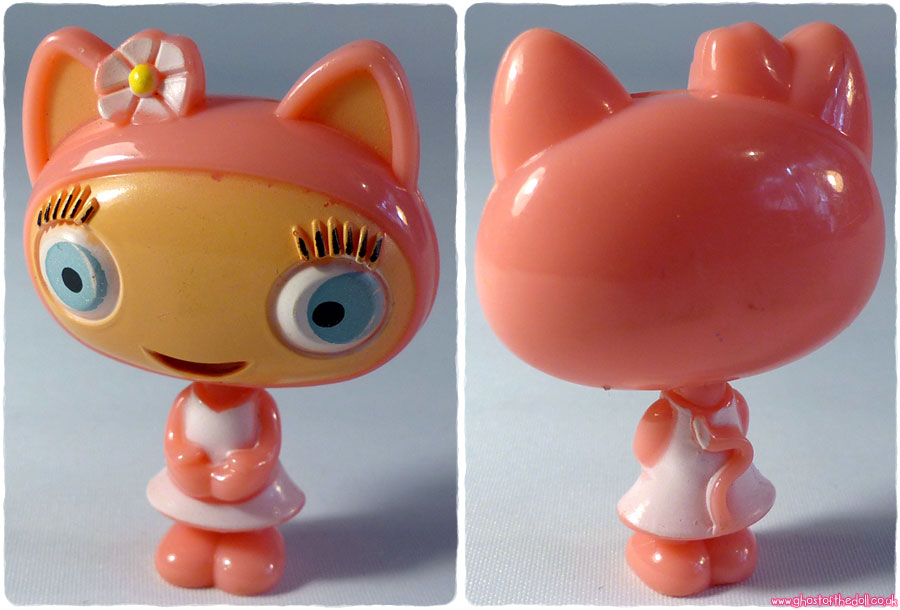 This is a flocked figure, but have be unable to find anything out about her yet.

This one took a few minutes to ID! His arms move. 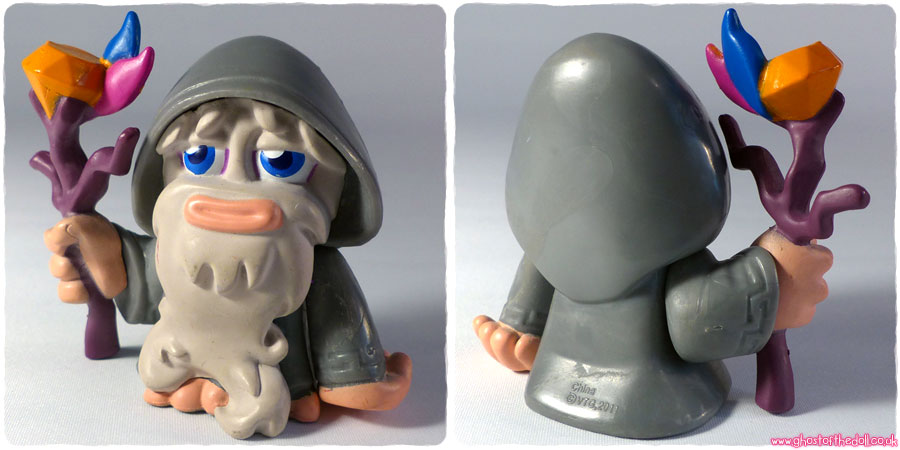 He was originally sold with a die cast car character from the 2007 TV show. I’ve seen packaging of him with both Raory and Drifter. 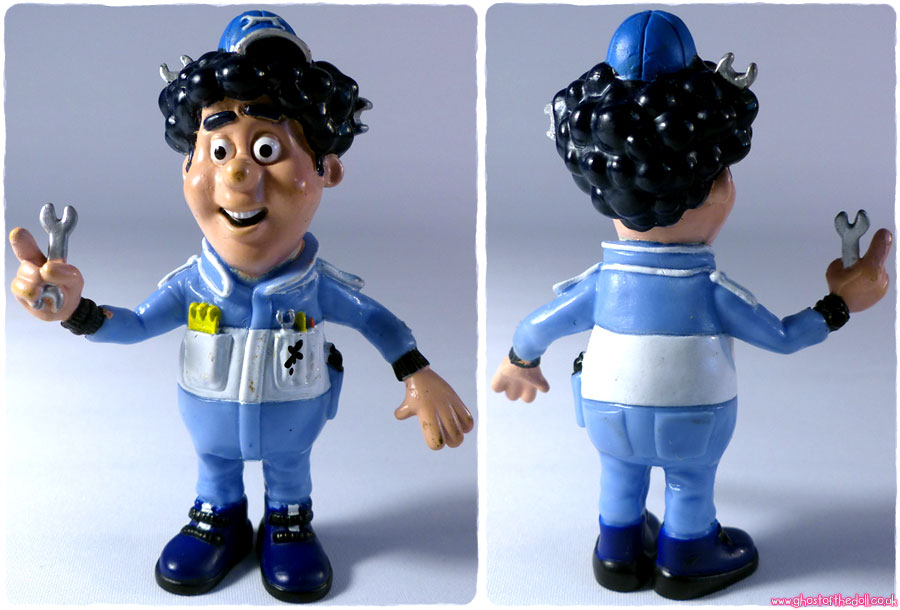 I photographed him sitting wrong so you can’t see his face! He originally came in a set with various other figures in 2003. I shall put him in my aquarium when we get new fish for it. 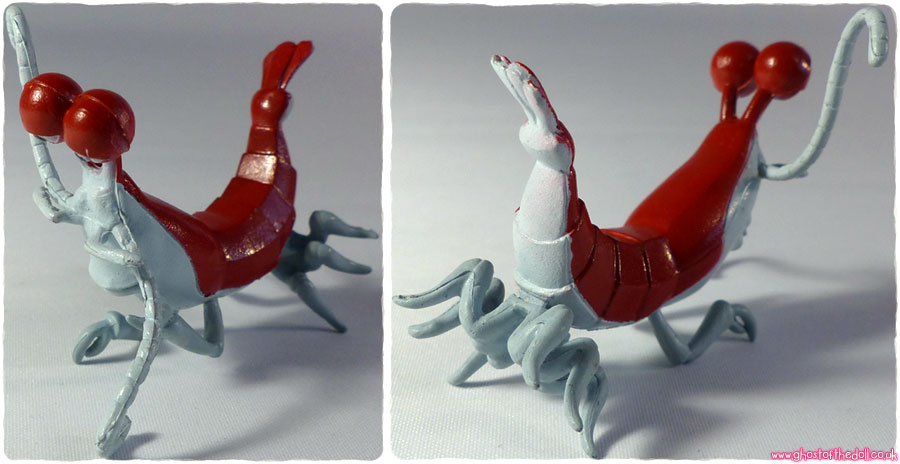