A bit of a mixture from the charity shops this week. I found a little Ridgeway Steelite milk jug with a 1950’s design, The Tommy Cooper Joke Book, and lastly the Desperate Romantics DVD. 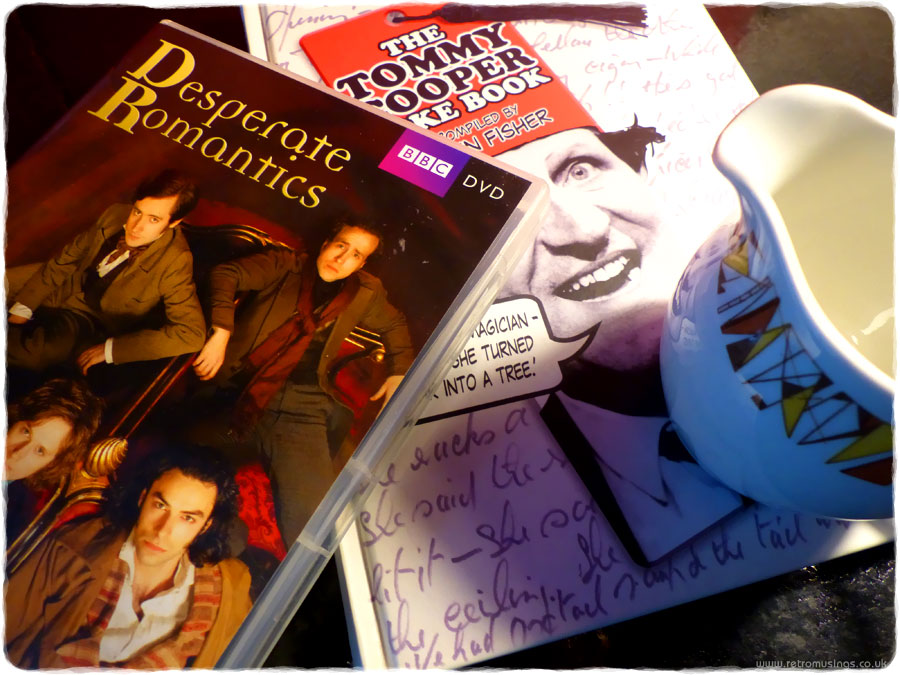 I’ve been looking for a little milk jug for a few weeks and spotted this one on Wednesday. Perfect for evaporated milk to put in our posh coffee on a Sunday. Yes, we are classy. 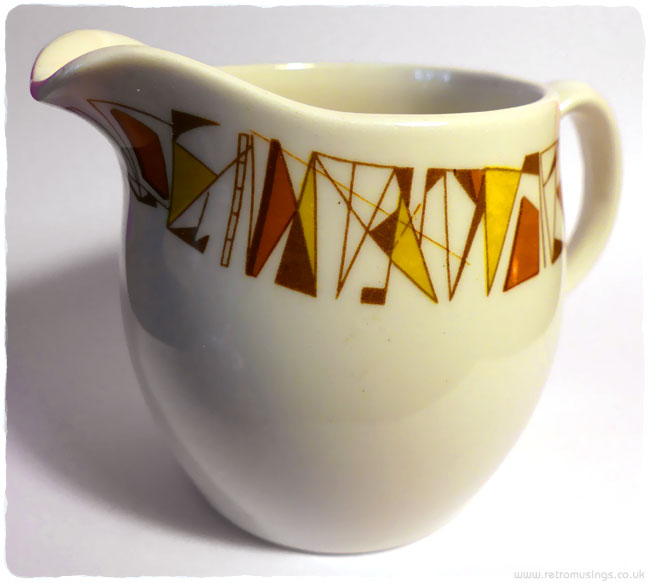 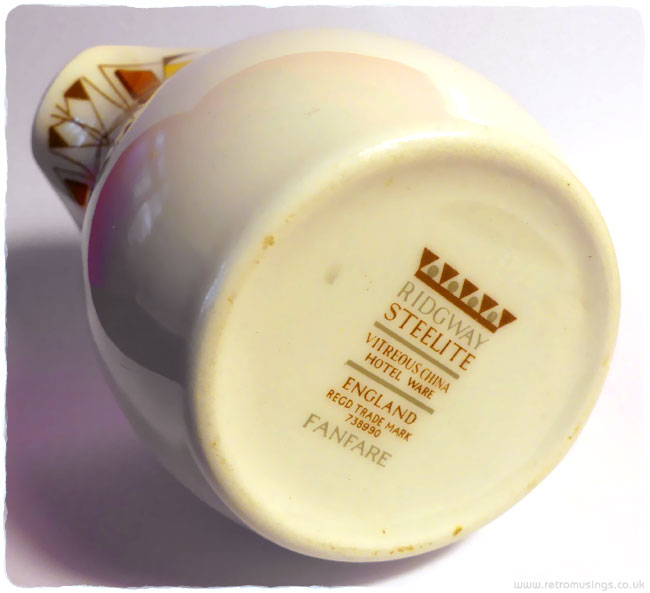 On trying to date the jug, I noticed that the Fanfare set were stamped with various combinations of Royal Doulton, Steelite, and Ridgway, and found four different logos. Mine is above, and there are also these three (none of which mention Ridgway):

Steelite was originally a trade name of Royal Doulton and used on their hotel and catering ware. It has traded as Steelite International since 1983, following the purchase of the hotelware division of Royal Doulton by David Johnson.  Ridgway Pottery became part of Royal Doulton in 1972.

In conclusion, I would date my jug between 1972-83 using a 1950’s pattern. But what I will never know is whether this jug was half-inched from a hotel or not.

I really enjoyed this BBC TV dramatisation about the Pre-Raphaelite Brotherhood from 2009. I’ve not seen it since then, so am looking forward to taking another look. 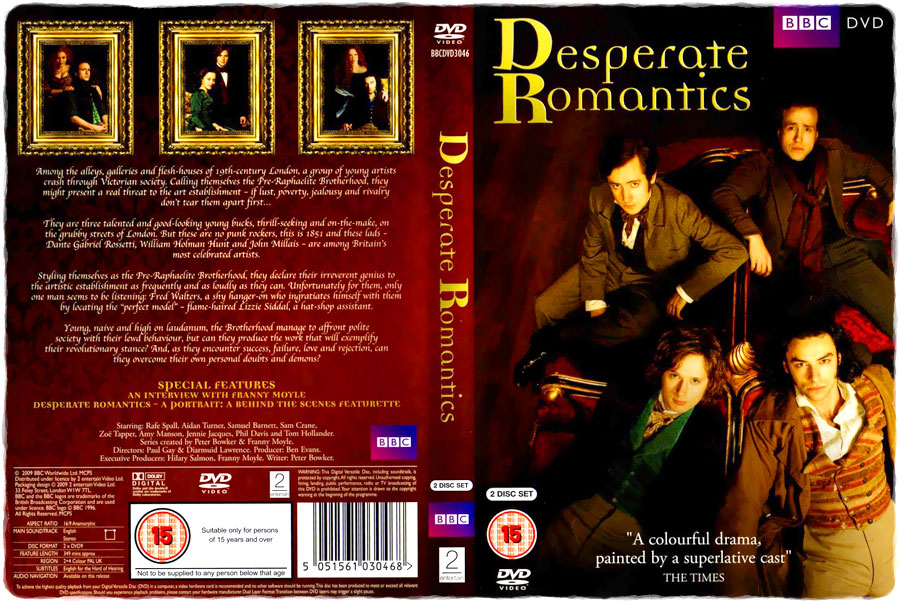 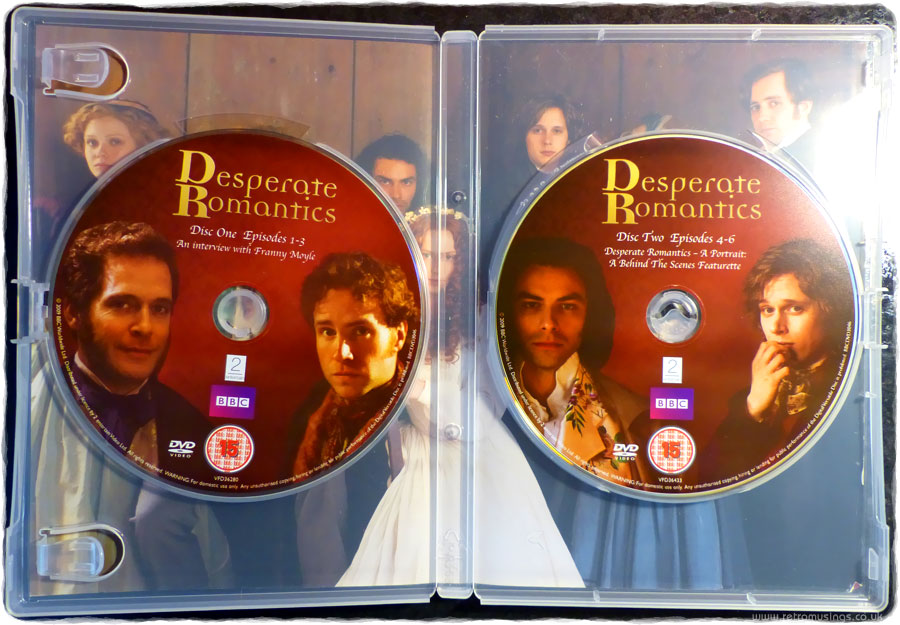 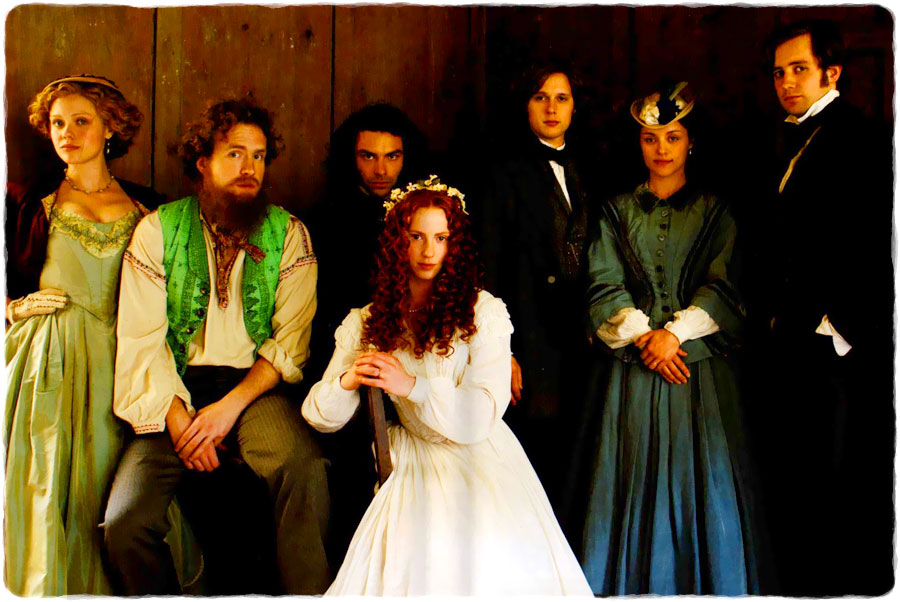 No explanation needed. It will probably live in the bathroom. 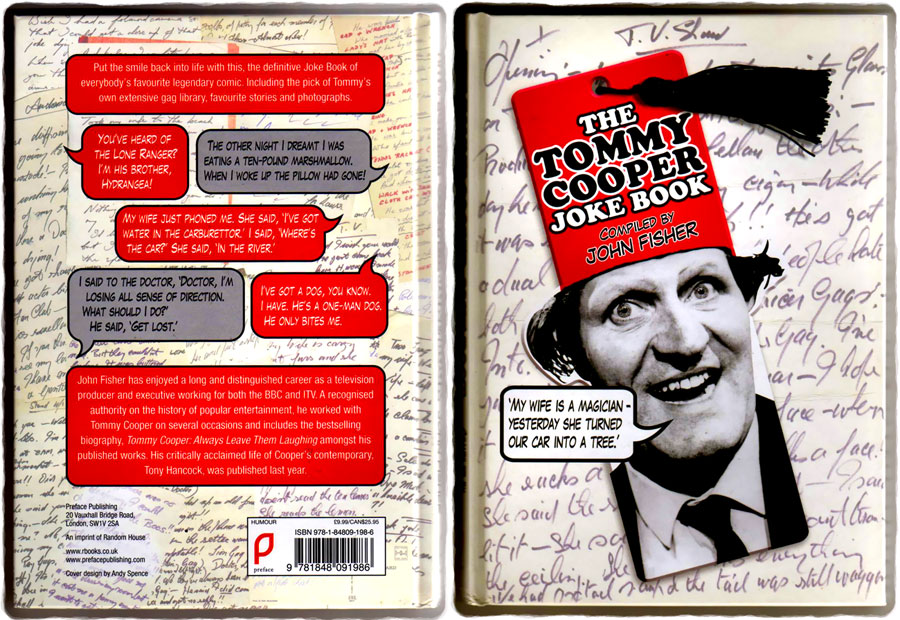