I found all sorts of little bits and pieces last week whilst charity shopping. I sorted through the small toys boxes in the shop I volunteer in (to tidy up) and took out all the little broken odds and ends and weird things which looked to have come loose from something else no longer their. I found four odd shoes, combs and brushes, and two little handbags missing their owners (which I rescued from being thrown away). In the process, I found lots of tiny toys lurking in the bottoms of the boxes which took my fancy, including My Little Pony, Hello Kitty, Moshi Monsters, Trolls, Zomlings, Doctor Who: Daleks, a Fireman Sam “Norman” figure, a Monsters University figure, a FurReal Friends purple kitty toy, some little Disney kitchen items (these were all over the place), and a Littlest Pet Shop wagon. The Cupcake Surprise doll and Barbie dog I bought from the charity shop next door after I’d finished volunteering… 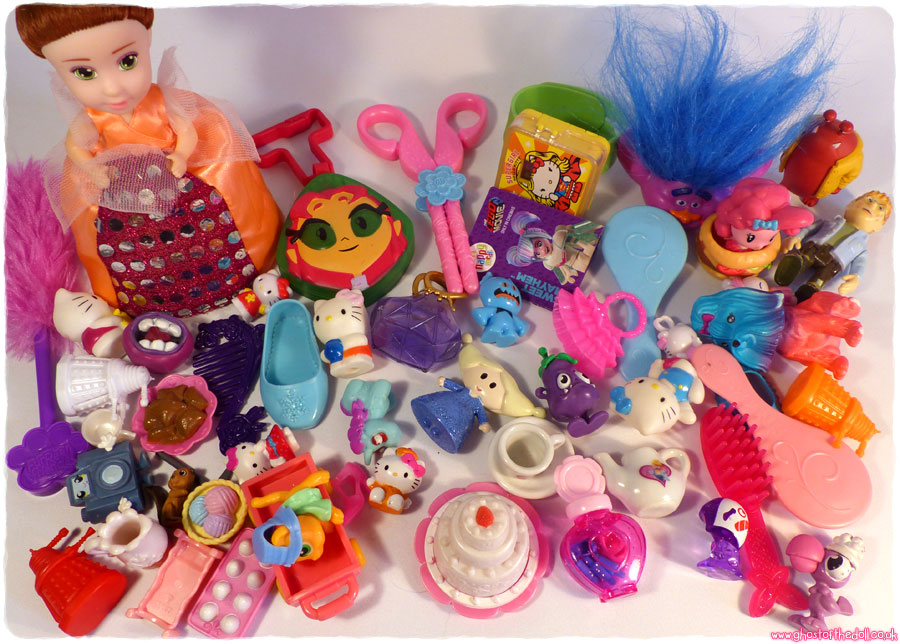 This doll is called Esther. Her missing hat is cream with a swirl which matches the colour of her dress front. 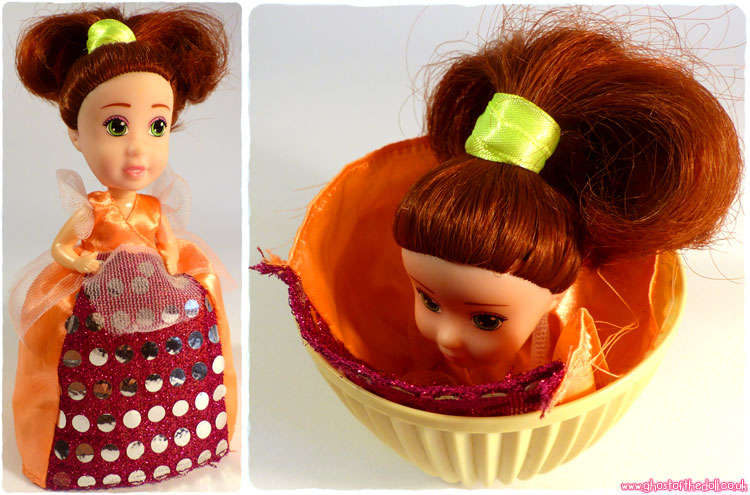 This digital watch is actually a McDonalds Happy Meal toy from their 2016 Justice League set. There were eight Hello Kitty designs: two each of Supergirl, Batgirl, Catwoman and Wonderwoman. 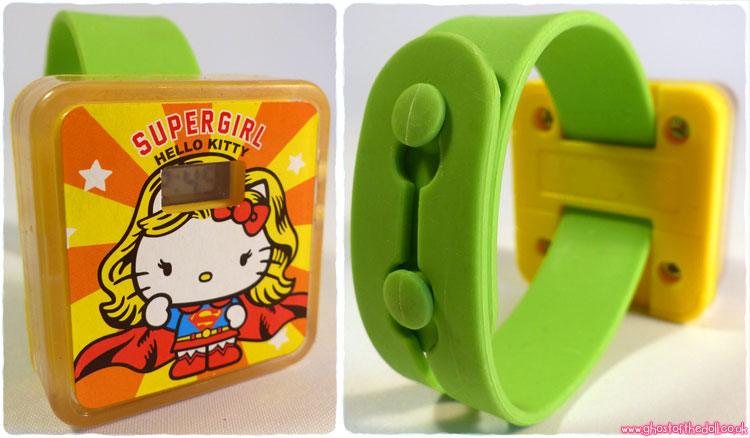 I also found several little figures in each of the boxes. 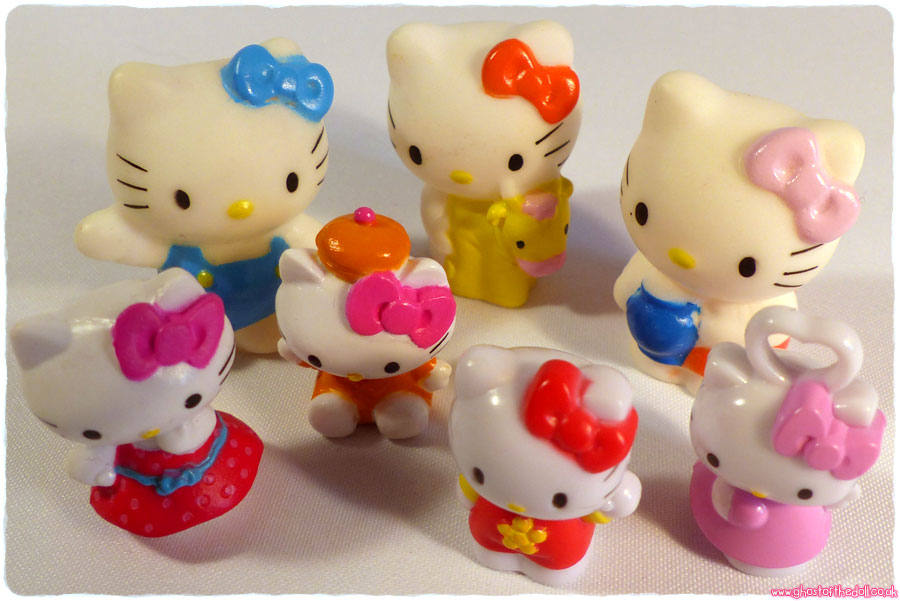 There was also one tiny Sanrio bunny figure. 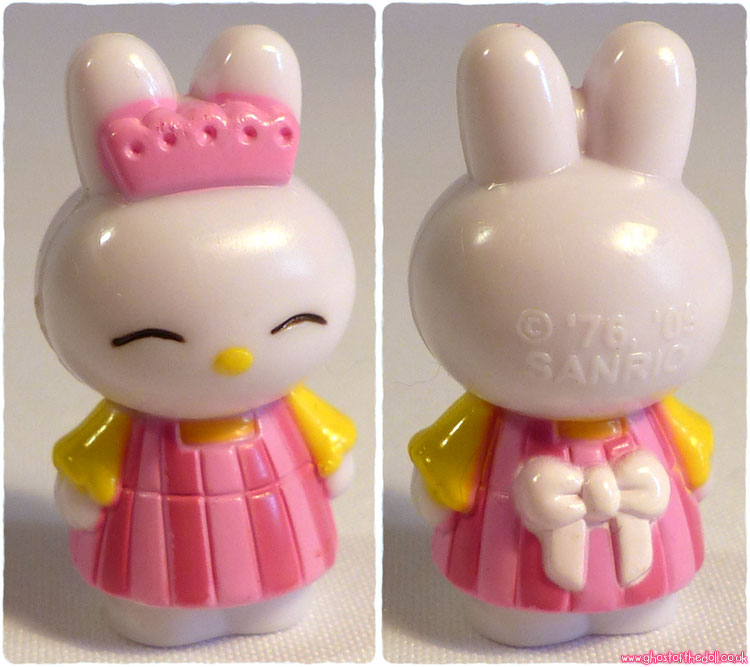 The base was in one box and the figure in another! These sets came in blind packs. There were 24 figure and accessory pairs in the first series, and each pack contained a pony, seapony, or Equestria Girls character figure plus a food based item they could stand up in. 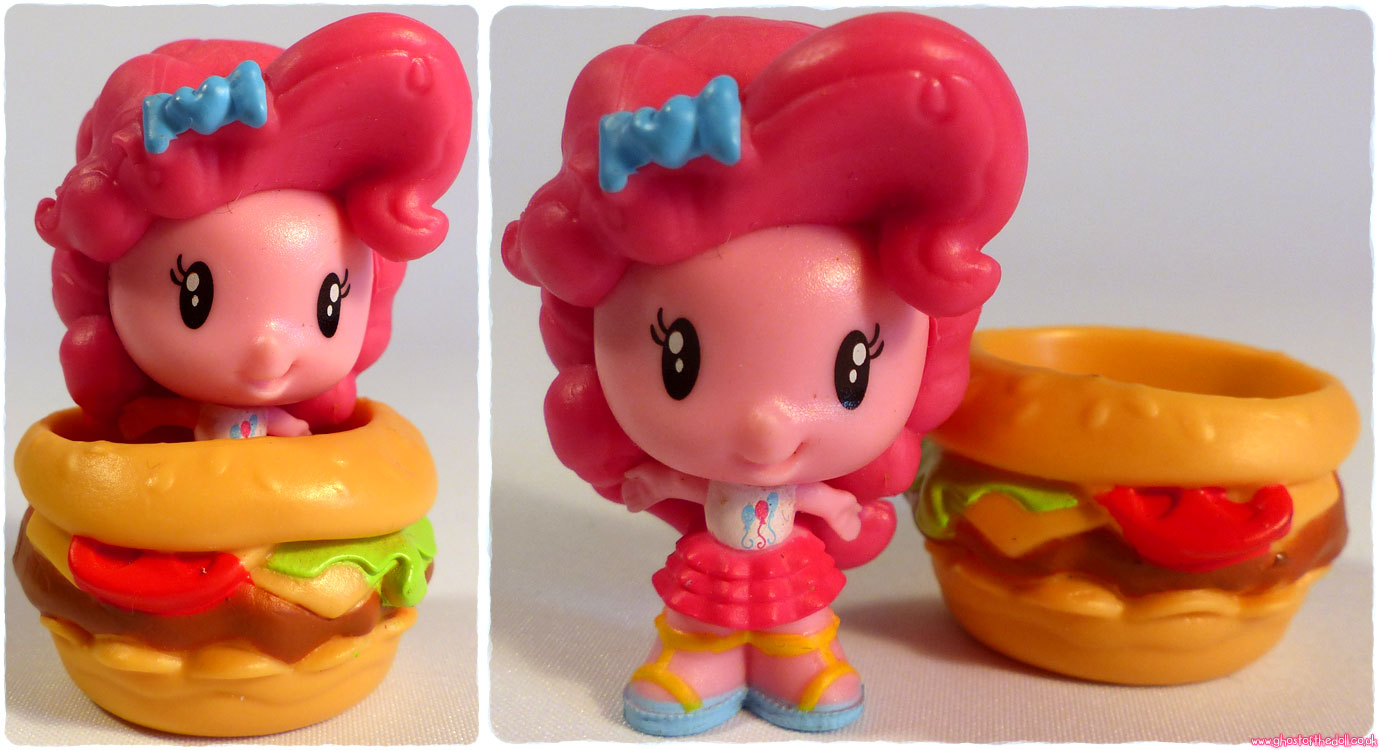 I identified this dog with help from my new Facebook group Ghost Of The Doll: Toy ID as Barbie’s colour-change pet. Hot water re-sets the colour to (almost) white, and cold water changes it to blue and pink. 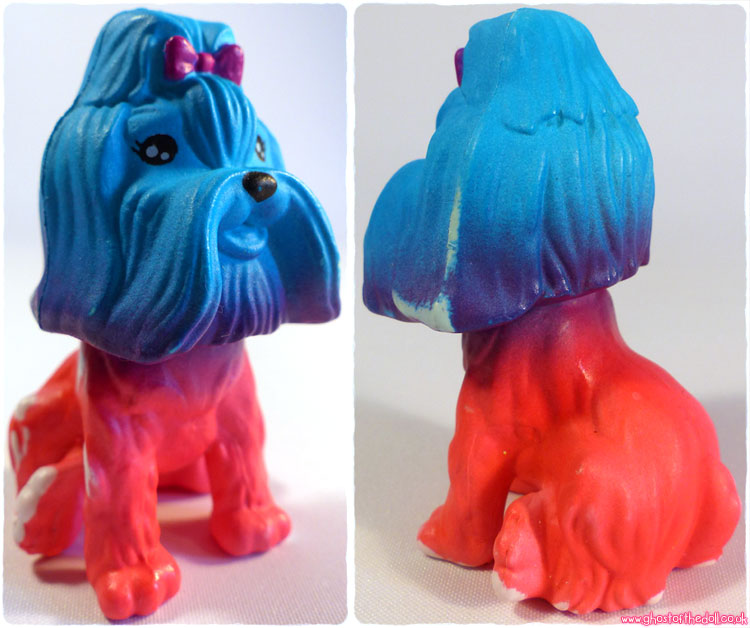 I also found some scissors, which came with the Cut ‘n Style set. There was also a purple version. 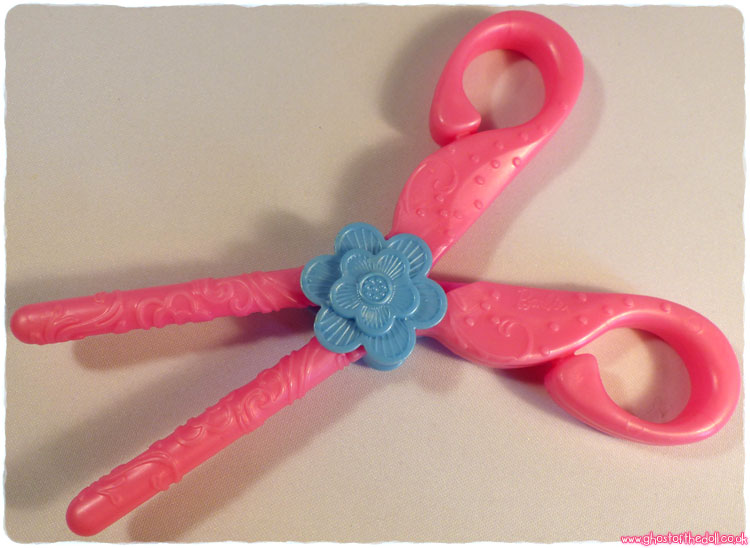 The tiny china teapot, cup and saucer are Disney Princess. I’m not sure about the plastic items. 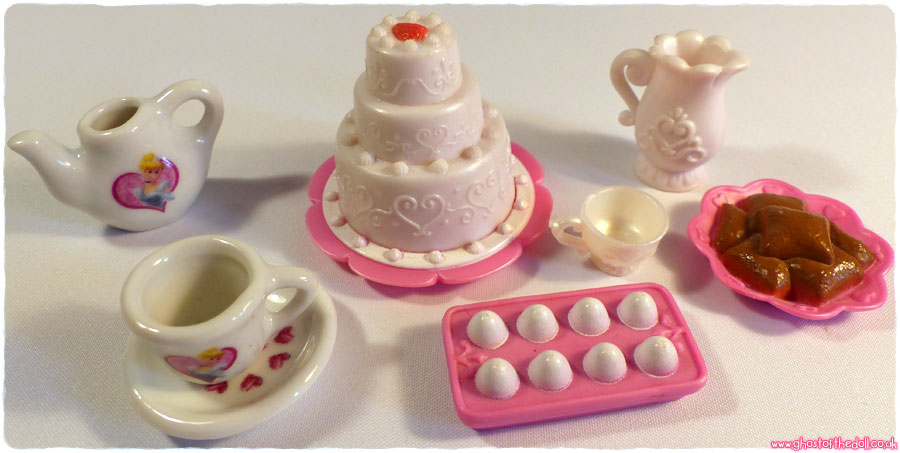 There were a couple of other Crazy Bones in the toy boxes, but only these two took my fancy. 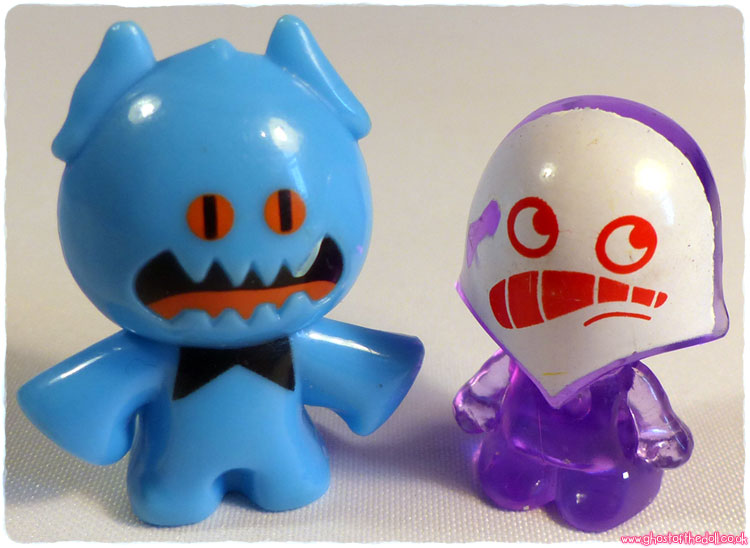 He looked interesting, so bought him without knowing who he was. This particular Norman figure was sold in a pack with four other characters from the TV show (Penny, Sam, Tom & Nurse Flood). He is from the first series, so is larger in size than the later releases. 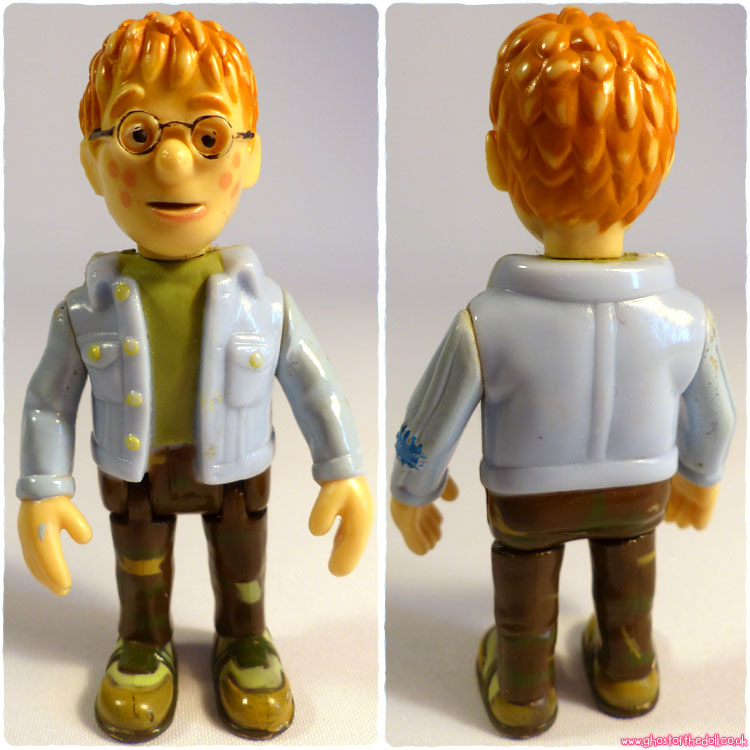 Another figure I bought without knowing who he was! 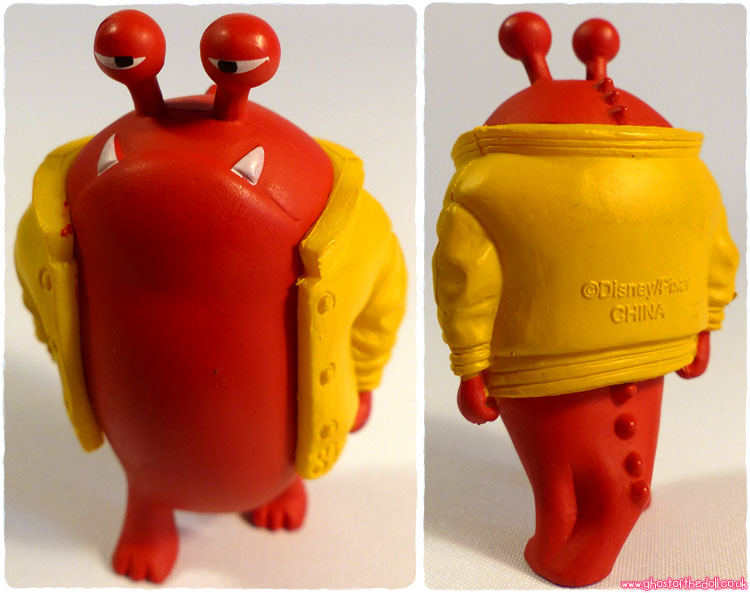 More mini Moshi Monsters to add to my collection, plus an unknown beaver and a Kinder Surprise kitten in a hat. 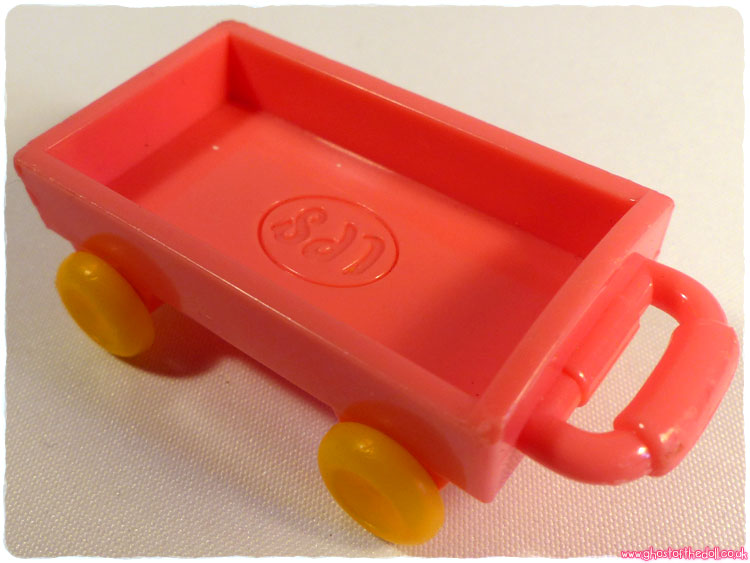 These are really quite small, and I’m surprised they hadn’t broken in the bottom of the toy box they were in. 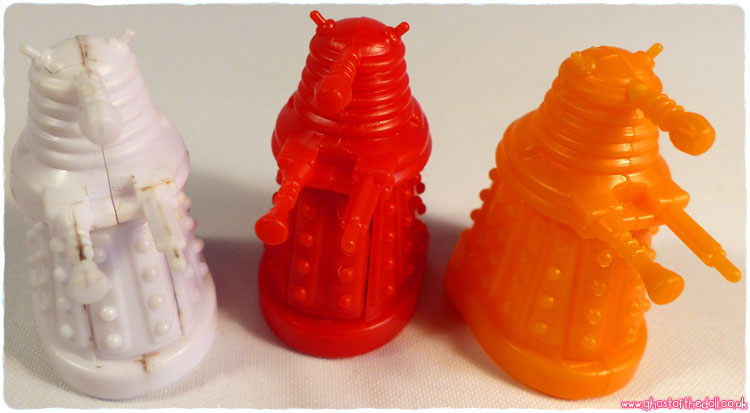 Her eyes light up, or at least they did until I took out one of the batteries for the Hello Kitty watch above! 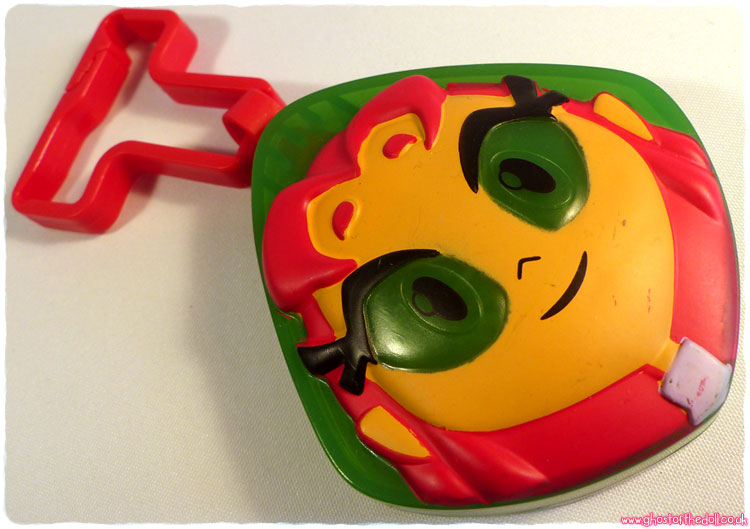 I also found a leaflet, which I rescued from the bin. 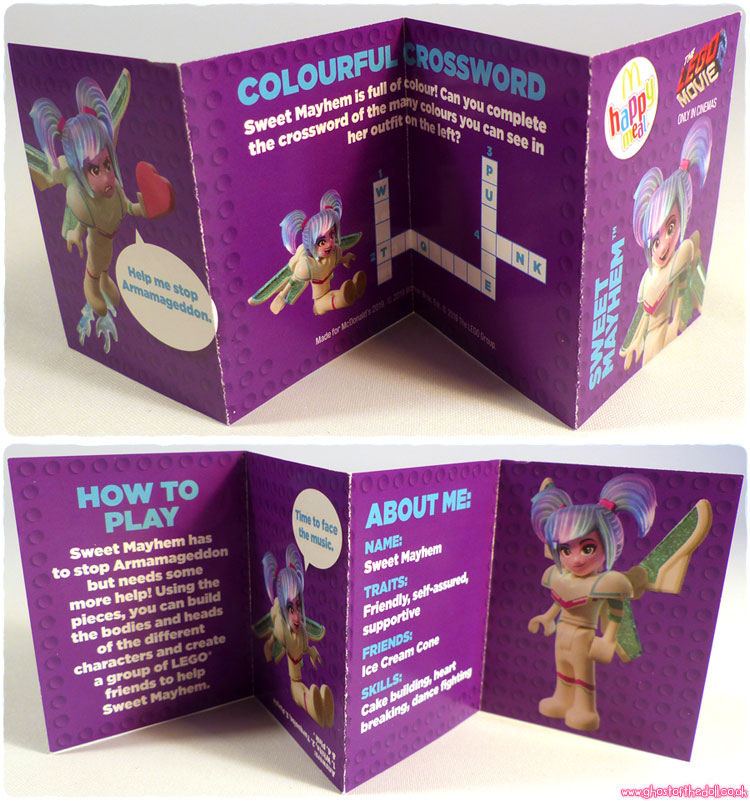 This is a kitty toy. 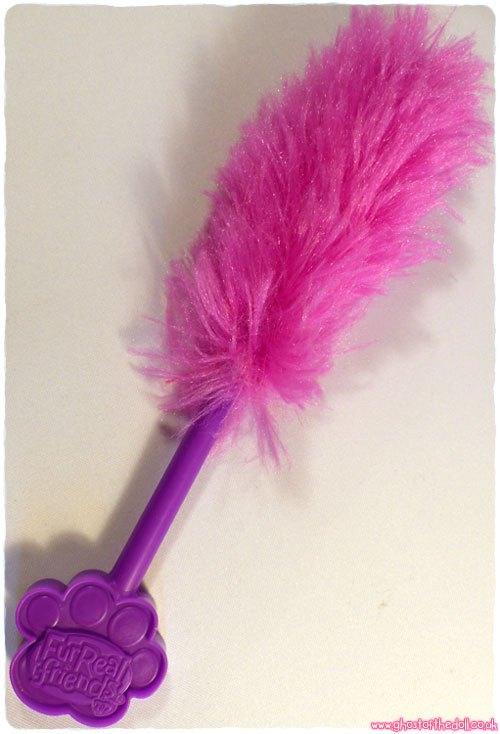 Two Shnooks brushes, a Winx brush and a purple comb (to id). 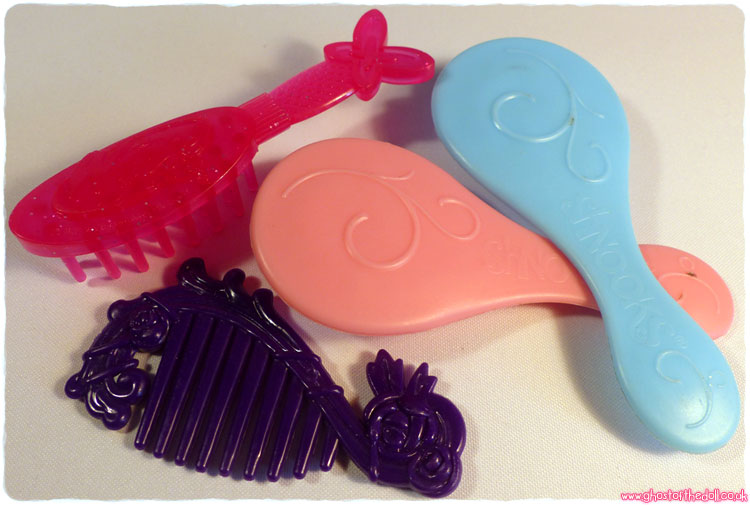 These odd shoes would have been thrown away at some point, and the little bags and bottle too. The pink bag is Sparkle Girlz, the purple bag is LOL Surprise, and the large shoe belongs to an Elsa doll from Disney’s Frozen. The two tiny rubbery shoes I have yet to identify, but could be from the modern Polly Pocket line (although I think they are slightly too small for her). The single pink shoe is also unknown, which is smaller than a Barbie shoe. It could belong to Sparkle Girlz too, but haven’t been able to find many images of their feet! The bottle and blue collar thing are still a mystery. 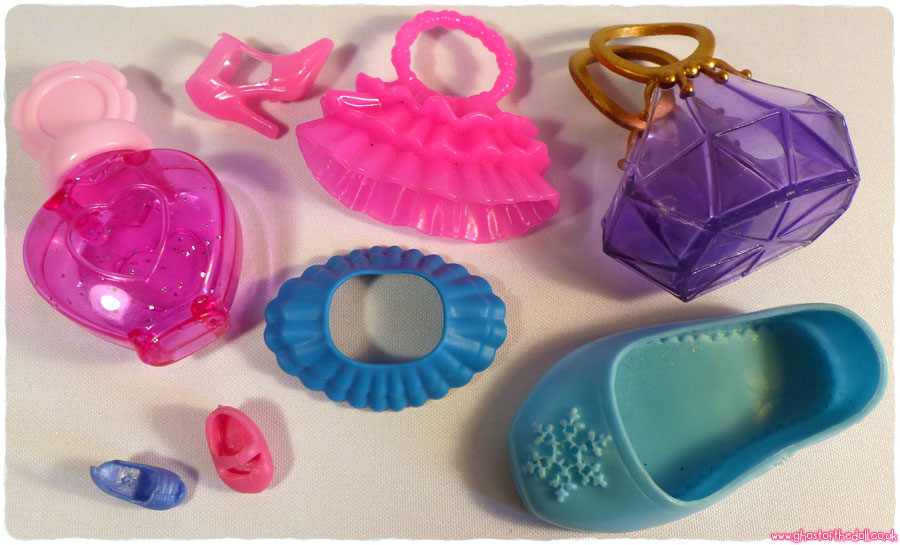 A tiny bed for Kinder Surprise Hello Kitty and a little basket of yarn of unknown origin. 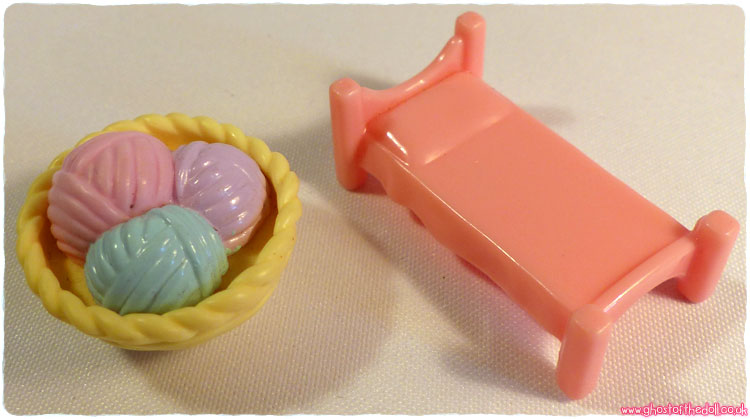