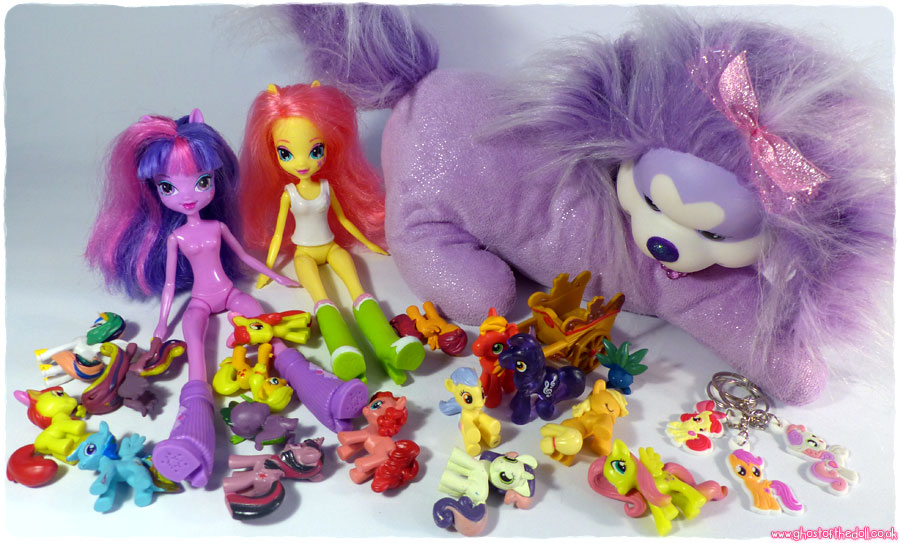 I found a sparkly purple puppy called Riley. Were her puppies sparkly too, I wonder?

This is Riley in her original packaging. 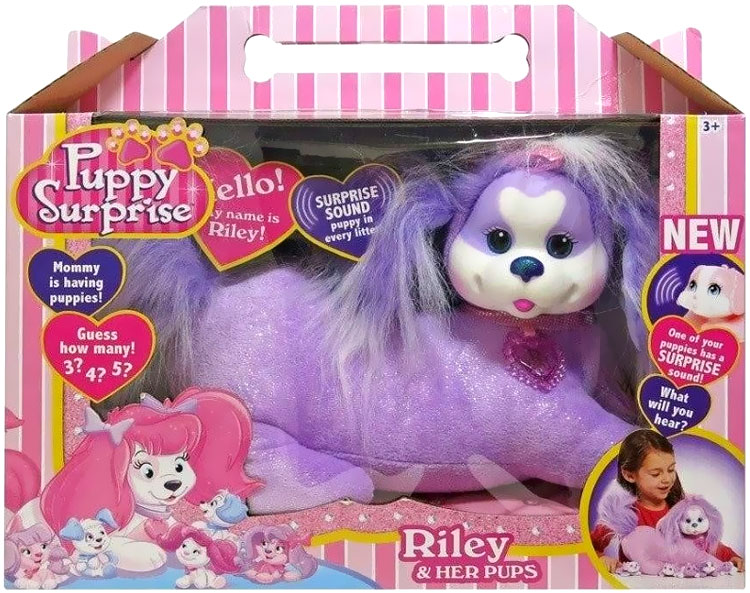 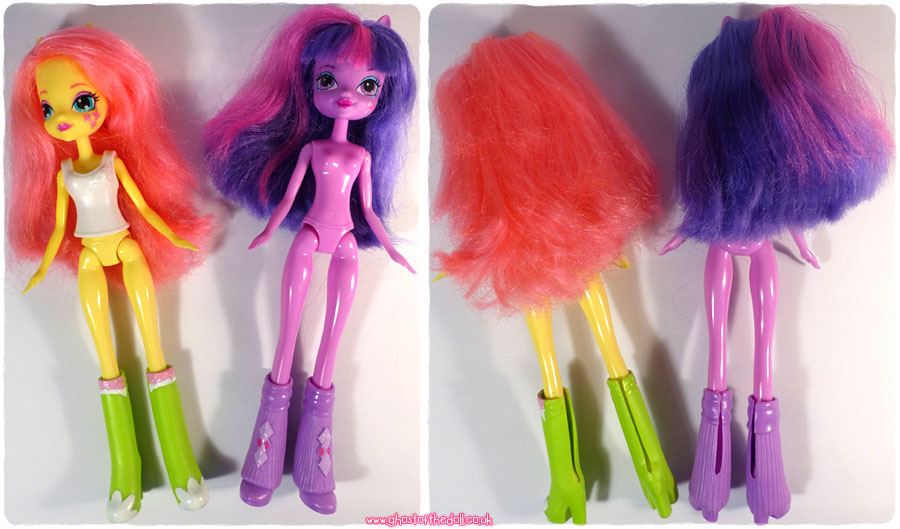 This is them in their original packaging. 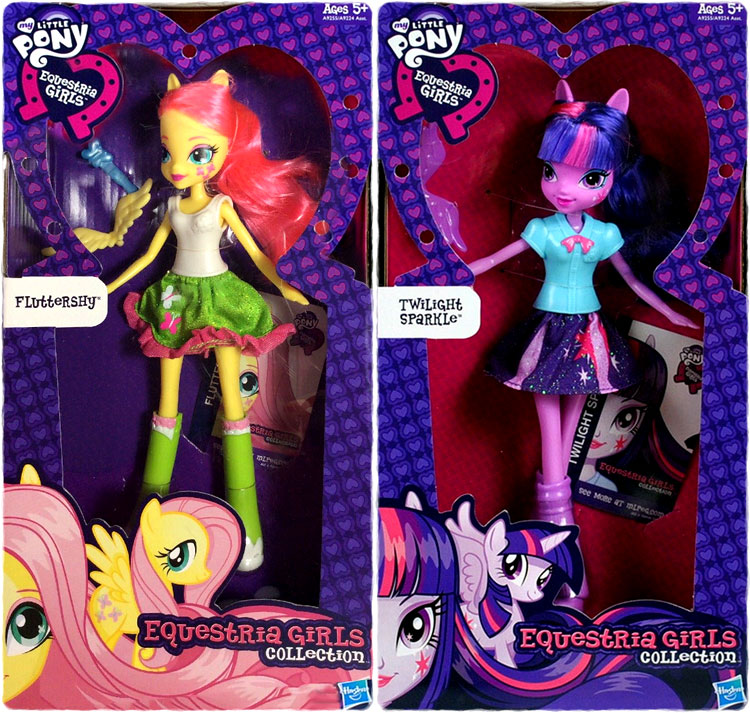 A miniature Pokemon figure from 2007. 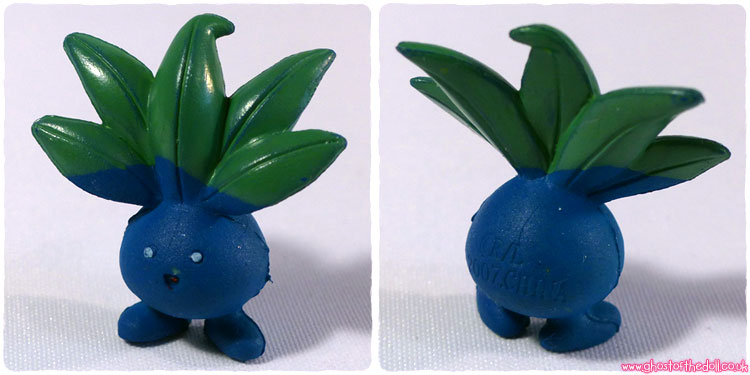 Packed in a little bag together with Oddish were twelve My Little Pony “My Busy Book” minis, four other minis, plus three keyrings.

The pony with the cart is “Big McIntosh” (with cart), sleeping Applejack and sitting Apple Flora are from the Friendship is Magic Collection (each sold separately). The translucent pony is Royal Riff from wave 14 blind bags. 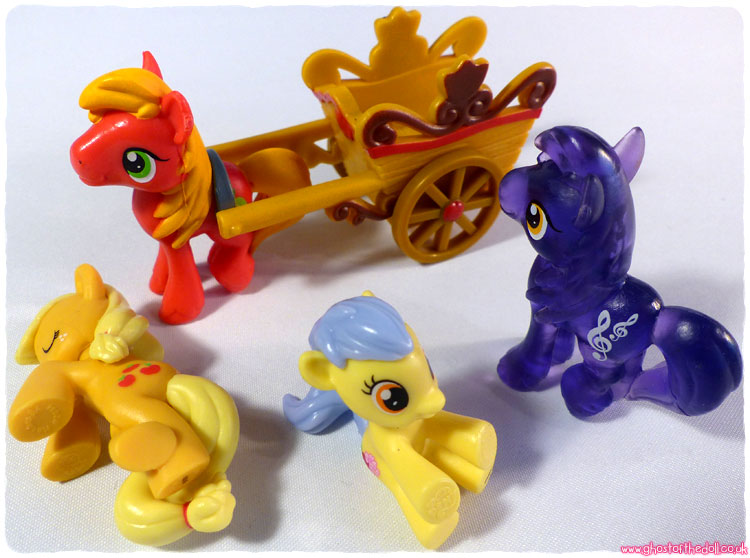 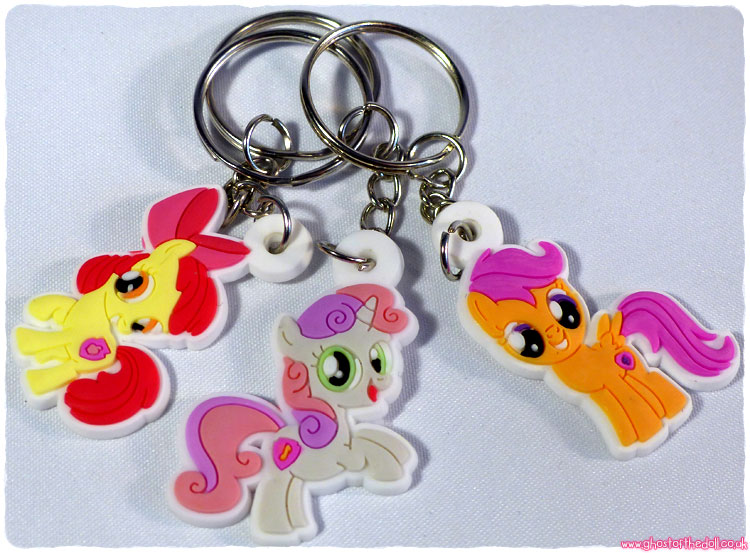 This is how they were sold originally. 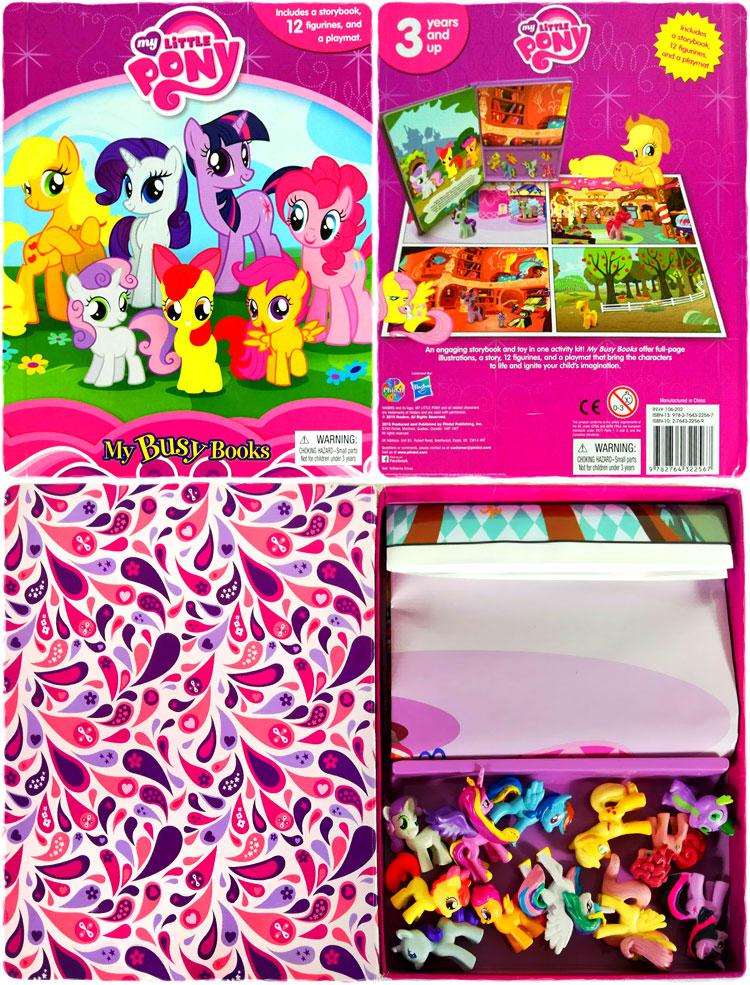