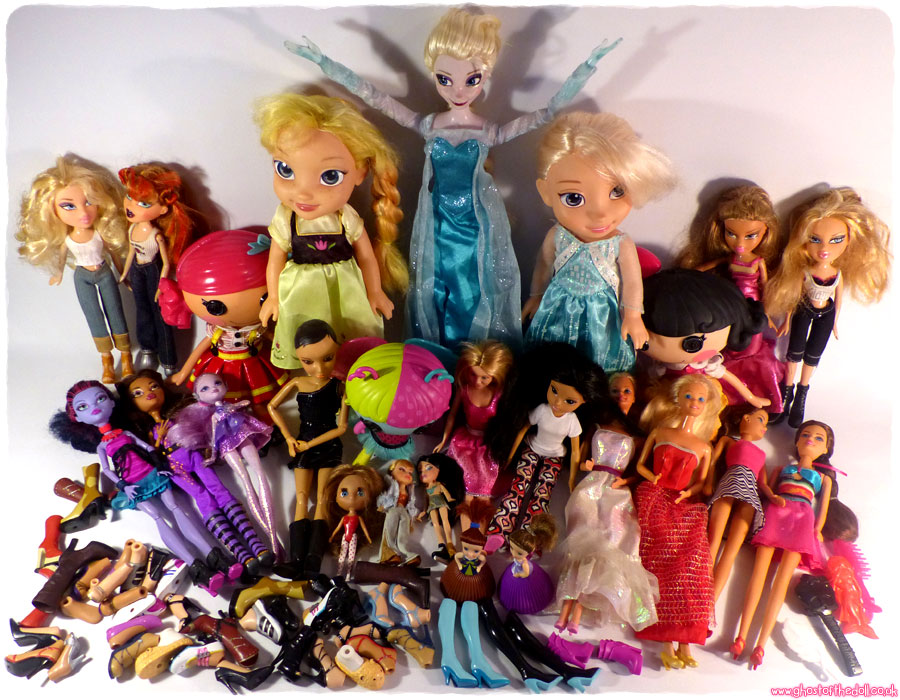 I found these whilst rummaging through a box of toys, knowing they were 80s straight away because of their distinctive right angled arms. Crystal Barbie‘s dress was on another doll (who I also bought), and the red dress was also on another doll (put on Dream Glow Barbie before buying as I didn’t want the other doll). I’ll probably keep these two for a while before selling on, and look out for a reasonably priced Dream Glow dress. 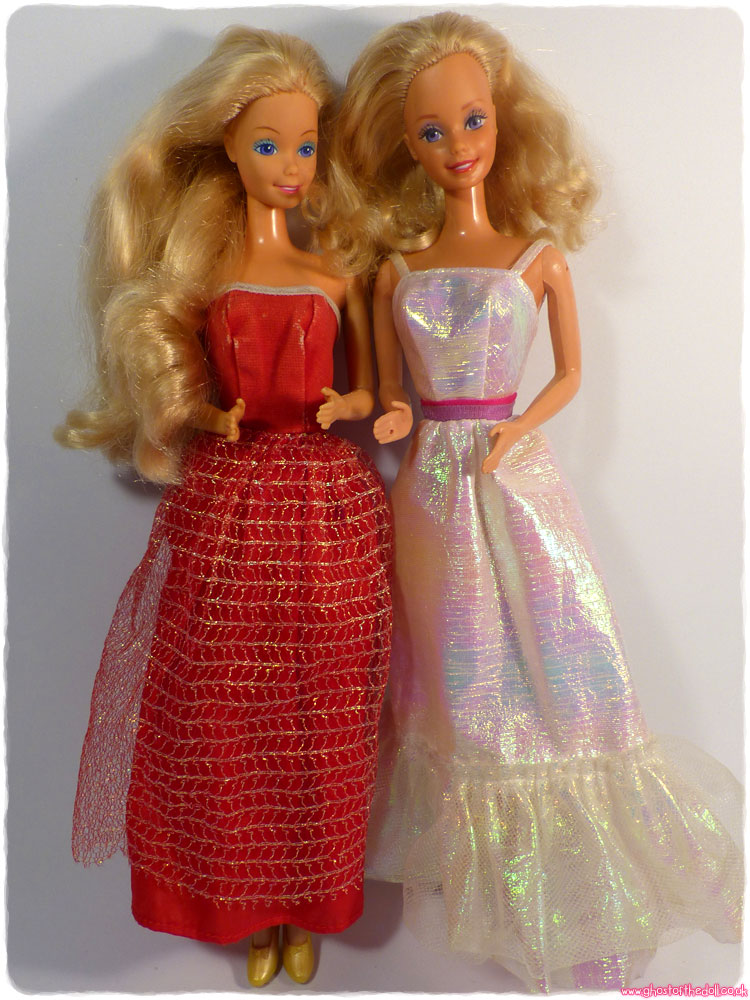 I found another singing-lightup Elsa (with shoes!), who needed a hair tidy. I will sell one and keep the other. 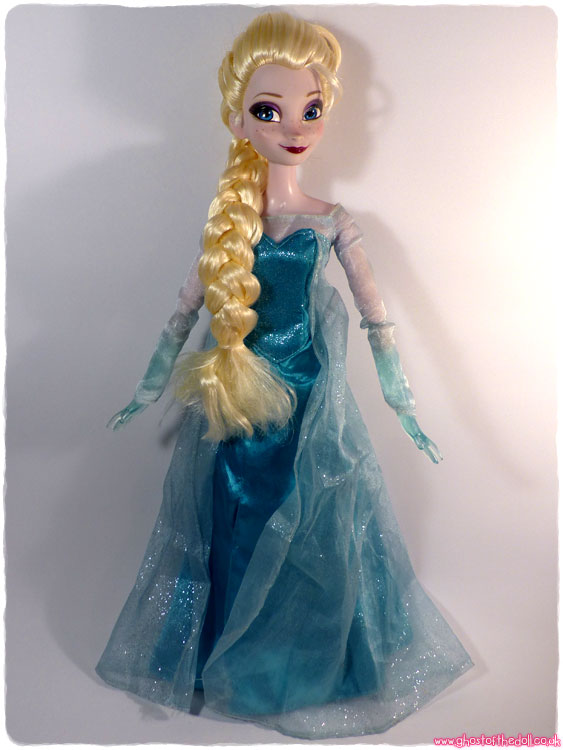 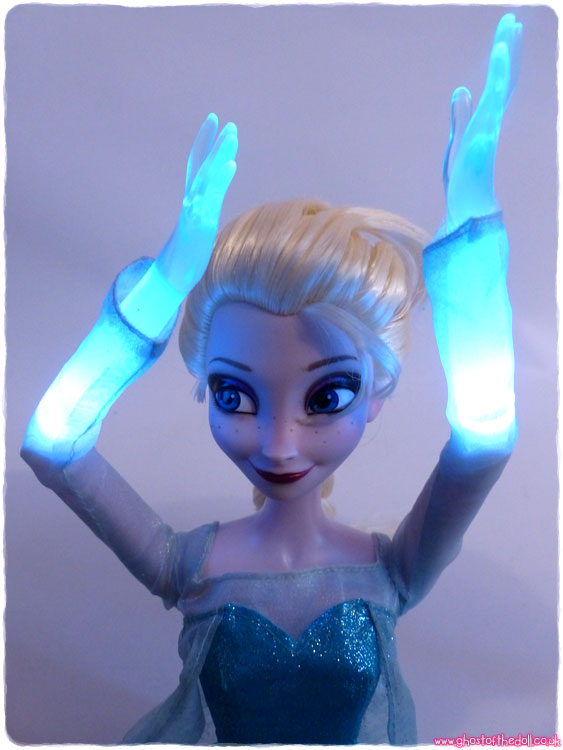 I also found a Disney Toddler Elsa in one charity shop, and Anna down the road in another (will sell as a pair). Both are missing their footwear.

Anna’s hair was originally the same colour as her braids all over, not quite sure what as happened to change the top yellow, but I quite like it! Daniela was the doll wearing Crystal Barbie’s dress! I have now found her something else to wear, but no wig. I’m not entirely sure which version she is. 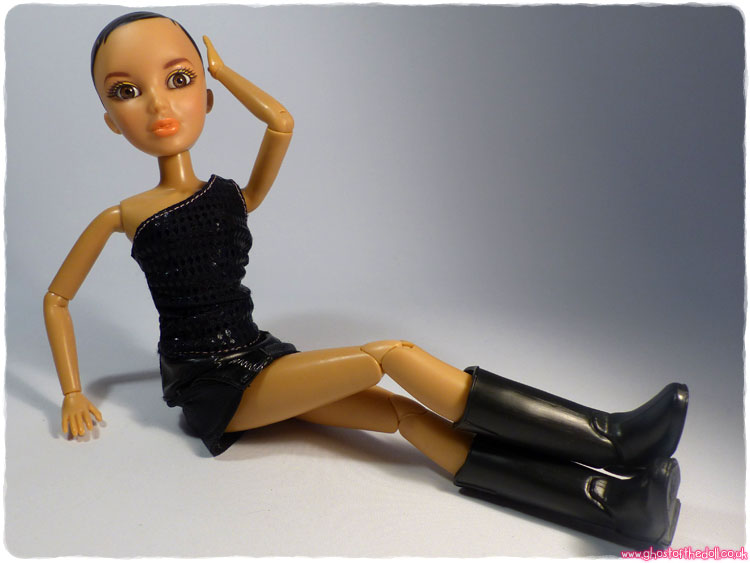 This Moxie Girlz doll has moulded feet, and believe she was sold as “Moxie Girlz Friends”. She had no clothes, so found her some (top is Moxie, funky trousers unknown). She is a light weight hard plastic, so limbs aren’t bendable. Basically, a cheaper version of the original dolls. 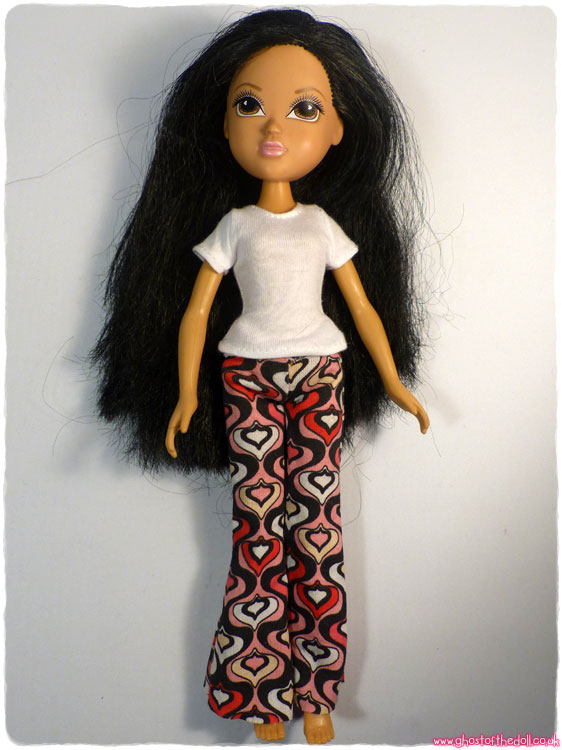 From the TV show, this is a Mary-Kate doll (wearing a super glittery pink Barbie dress!). She’s had a hair cut, but nothing too drastic. She’s from the “So Little Time” set (still wearing her original chocker). She has a lovely face. 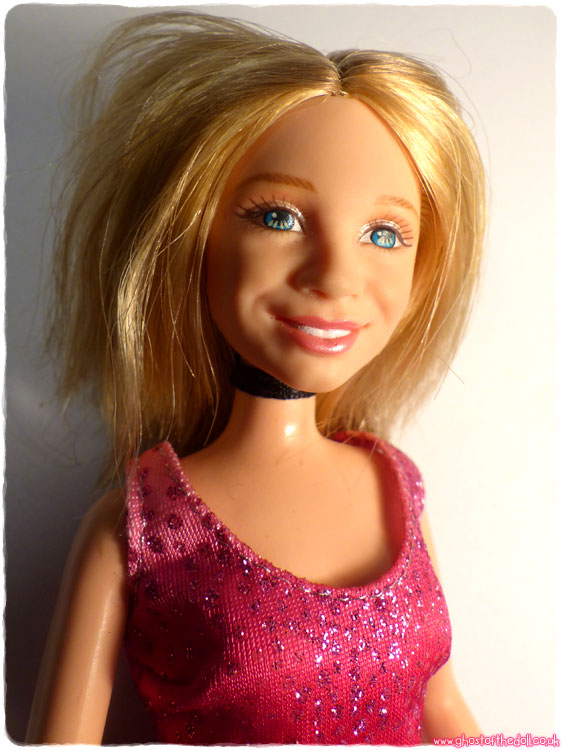 Mary-Kate and Ashely “So Little Time”

These two dolls look very much like Barbie dolls, but aren’t. I found them some shoes. I believe they were sold in Wilko/Wilkinson hardware store but haven’t found their brand name yet. Could be part of the Let’s Pretend line, or the Just Girls line. Barbie had a vary similar zig-zag dress. 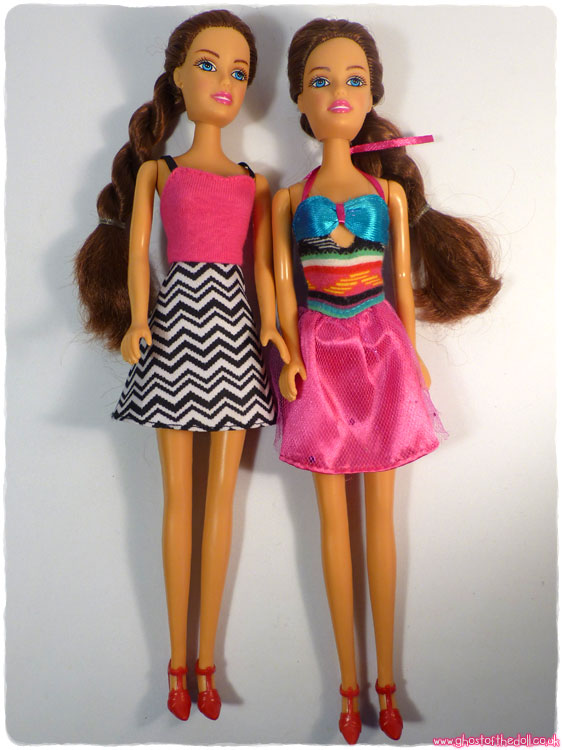 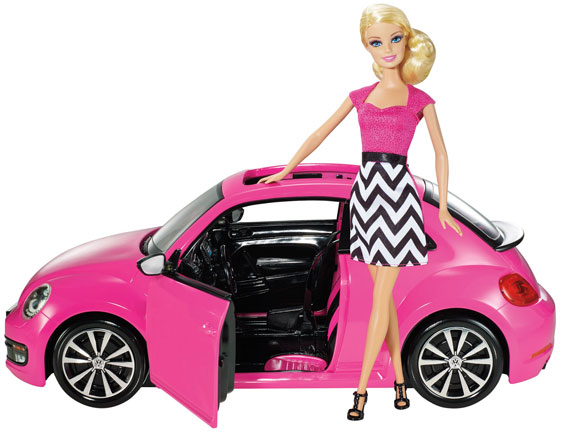 My mum actually found me these four dolls! They had no feet, so bought a bundle from eBay. 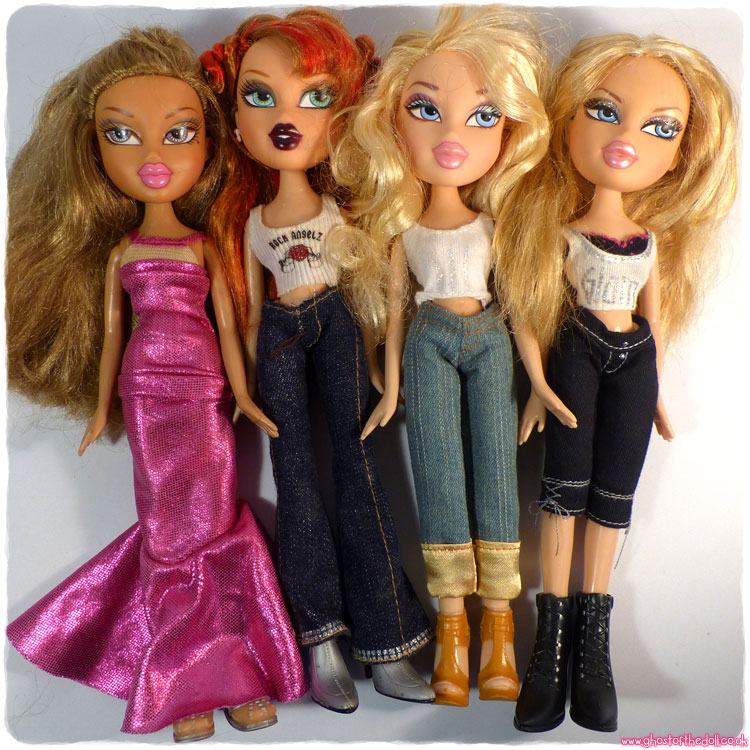 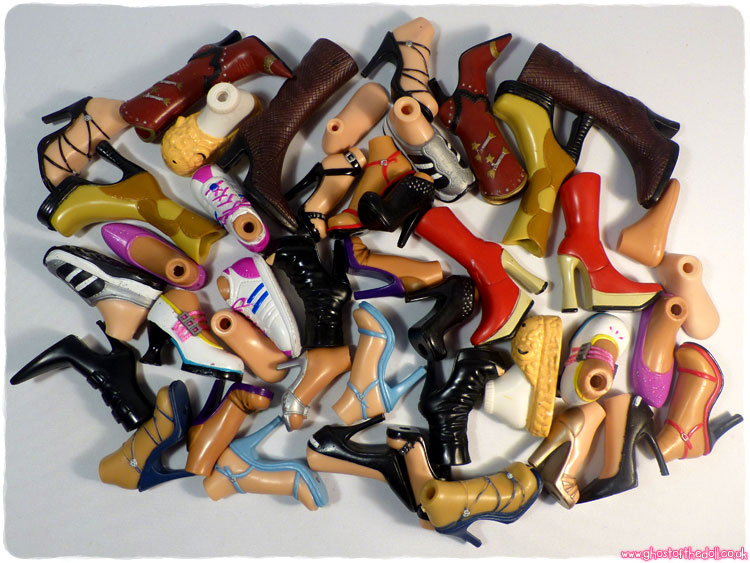 I also found two Lil Bratz with a few extra pieces of clothing, and Blythe from a Littlest Pet Shop set in a small toy basket. The black fluffy jacket is too long in the arm for these Bratz, so remains a mystery. The trousers and bag belong to them.

I have these two girls already, but can’t resist buying them if dressed (or even without!), so long as the price is right. Both needed their hair sorting, which now looks much better.

Jane Bootlittle (left) is missing her top (which hides most of her pink dress) and leggings (which hides her knickers!), so found her a second skirt plus a belt to accessorise with and pair of matching boots.

Music Festival: Clawdeen Wolf (right) was wearing her correct catsuit, but with boots from the original release version (and belt, which I added). She doesn’t have her black gloved left hand, so perhaps the last owner swapped it over. 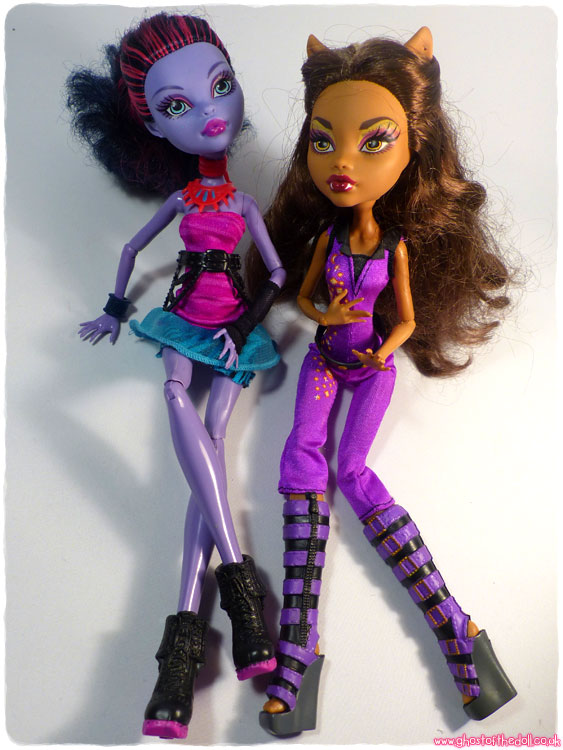 There were two versions of this doll: one like mine (sold in a three-pack), and one with silver tinsel in her hair plus silver netting in between the two layers of her skirt (as sold individually). She is missing her shoes and necklace, but still has her earrings. The gift pack dolls don’t look to have come with necklaces like the single pack dolls. 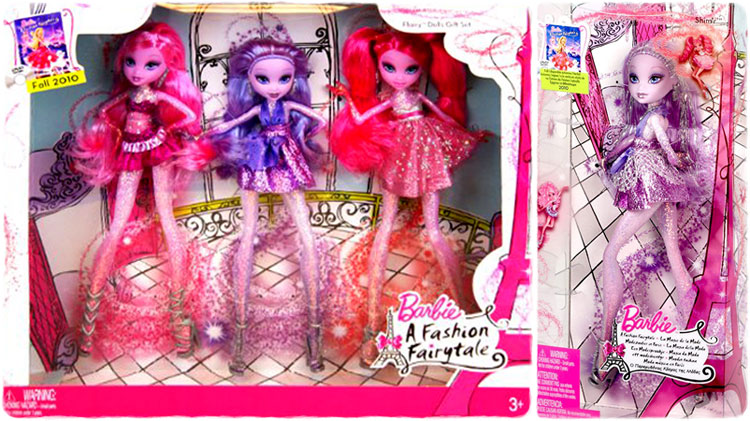 For my collection! On the right is Snowy Fairest, who is missing her shoes ( I found her squirrel back in Feb last year). On the left is Coral Sea Shells in the wrong clothes. She is wearing Ember Flicker Flame‘s dress and Charlotte Charades‘s shoes.

This is the second Littles Fairy I have found, this time without her pod. This one is called Fern. 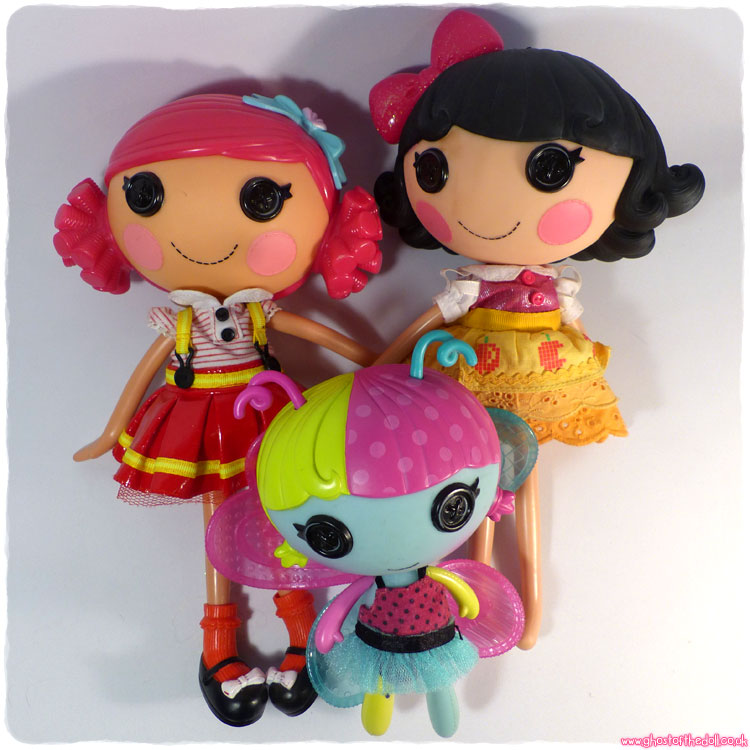 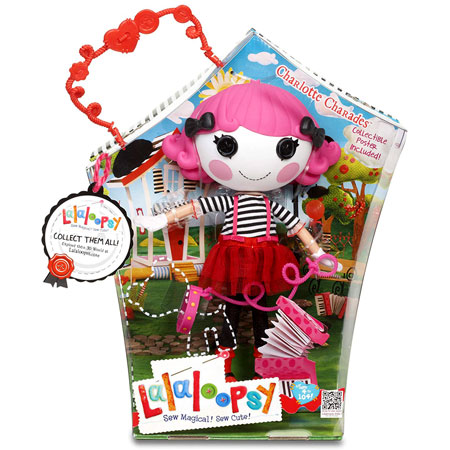 Both missing their hats, but at 25p each I couldn’t resist! Where do all the hats go? Same place as odd sock, probably. 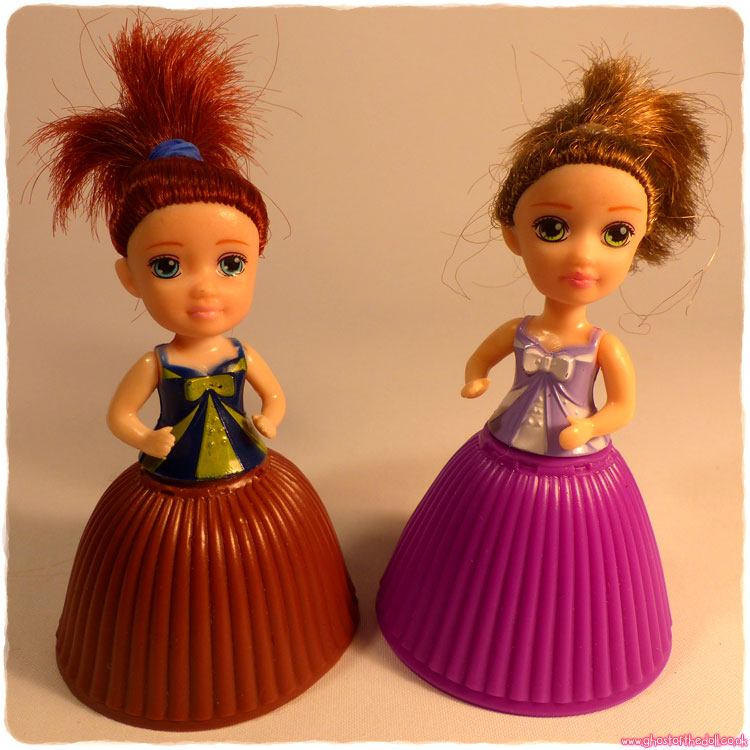 This lot were sold together. The black, blue, and purple boots, plus mermaid brush and pink brush are Winx Club. Sadly, no dolls in sight. The long boots belong to “Icy The Witch”. These items will be for sale at some point soon

The black brush is Monster High, and the white brush Zelfs.