A rummage through the rather sparse toy box in the Salvation Army charity shop this week resulted in six Star Wars figures, two Battlestar Galactica figures, and a The Black Hole figure. I also found a Playmobil and similar figure, plus A Clockwork Orange by Penguin Books from their Film Classics series. Film classic finds all round! 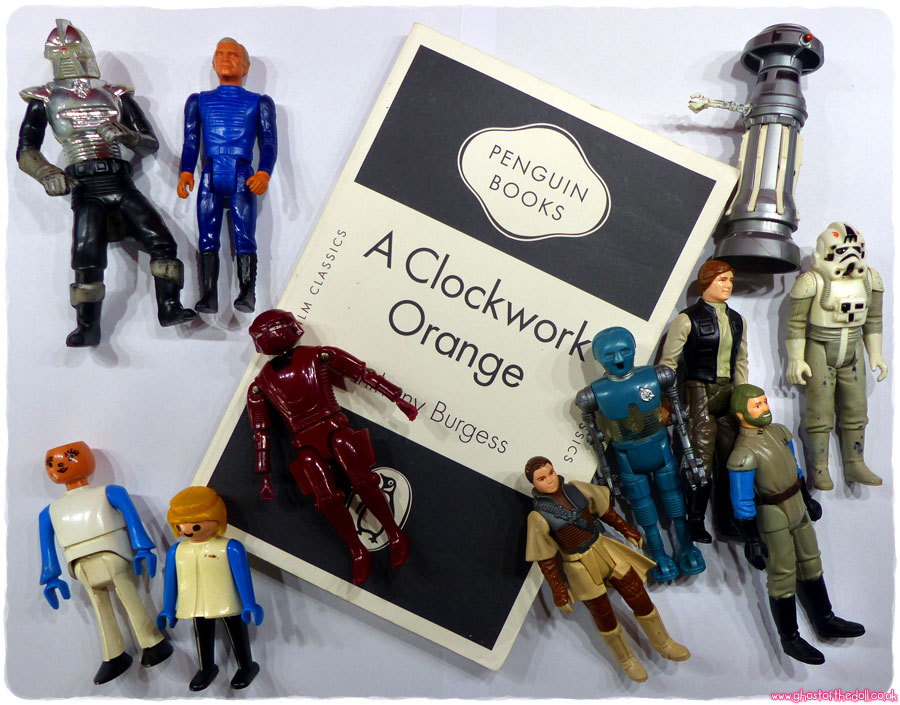 “Fleeing from the Cylon tyranny, the last Battlestar, Galactica, leads a ragtag, fugitive fleet on a lonely quest – a shining planet known as Earth.”

I recognised Commander Adama straight away, along with the Cylon Centurian. Adama originally came with a cape and small blaster, and the Cylon with a rifle. They were made by Mattel in 1978.

I enjoyed the original TV series both at the time and when I re-watched last year, but didn’t like Galactica 1980 at all. I also enjoyed the reboot series (mostly) and must watch that again soon. 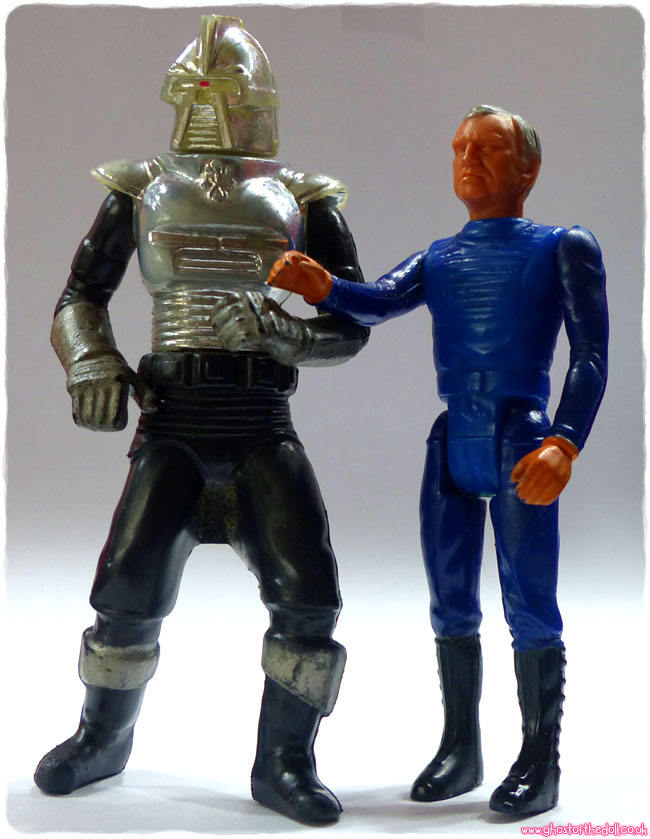 I admit to not being particularly clued up on Star Wars figures, that was more my brothers thing, but saw from their manufacturing dates that they were original series figures (1980, 1983 & 1984).

These three figures are from The Empire Strikes Back. I found 2-1B, FX-7 and At-At Driver. All missing various little accessories. 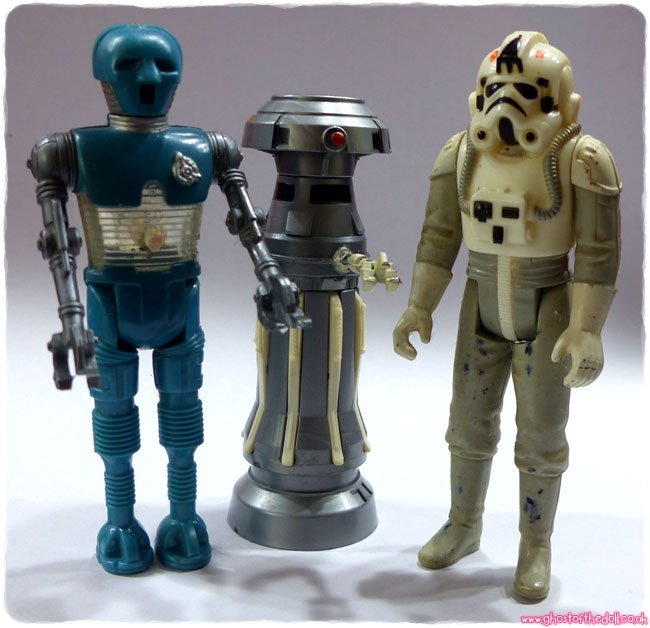 These three figures are from Return Of The Jedi. I found Princess Leia, Han Solo and General Madine, all missing their various little accessories.

I must admit that at first I though that the female figure was Rey from the Disney re-boot movies until I saw the date on her leg. It looks nothing like Carrie Fisher! I didn’t know who the beardy man was either (who looks like he’s been eating a sherbet Dip Dab) but recognised Han Solo at least! 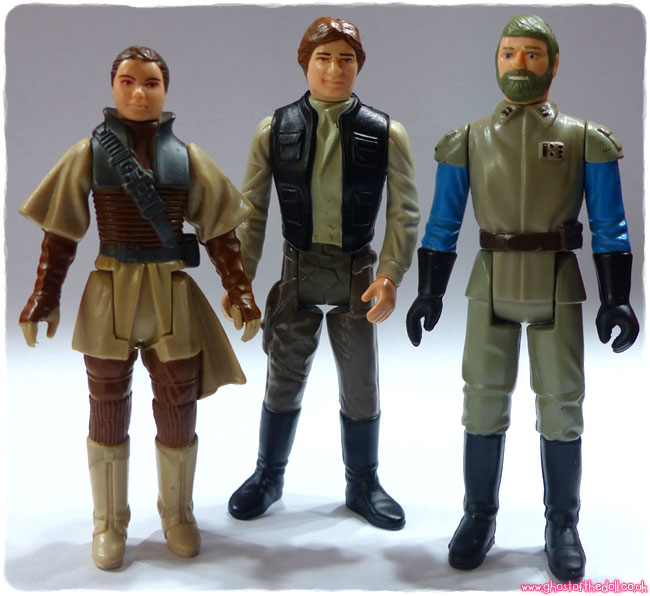 This figure, I was excited to discover, is a Sentry Robot from The Black Hole (I found the soundtrack LP to this movie only last week). They were produced by Mego in 1979/80. It is missing its blaster but still has its hands, which are ball jointed above the tiny wrists. 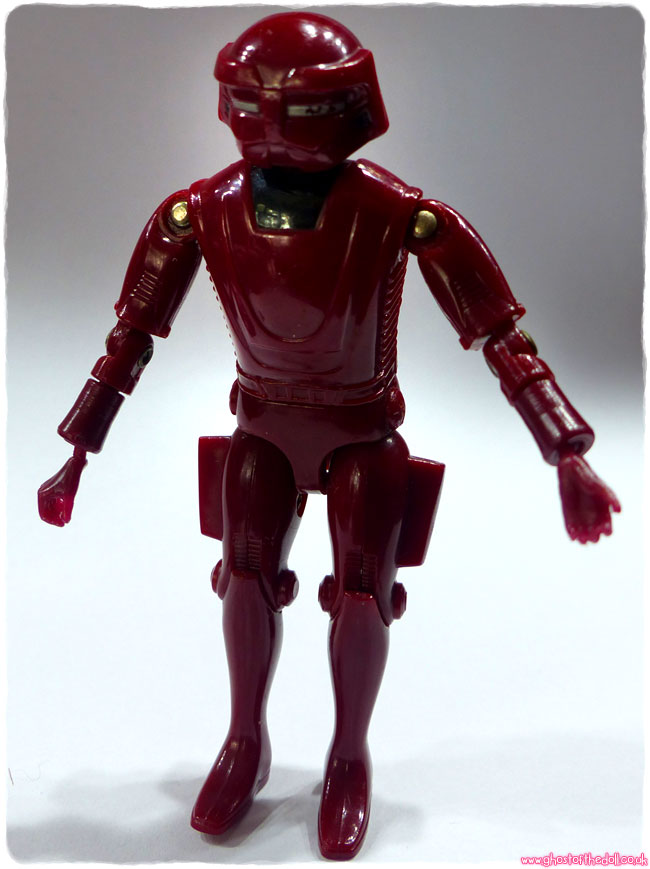 Here he is posing dramatically with his soundtrack LP. 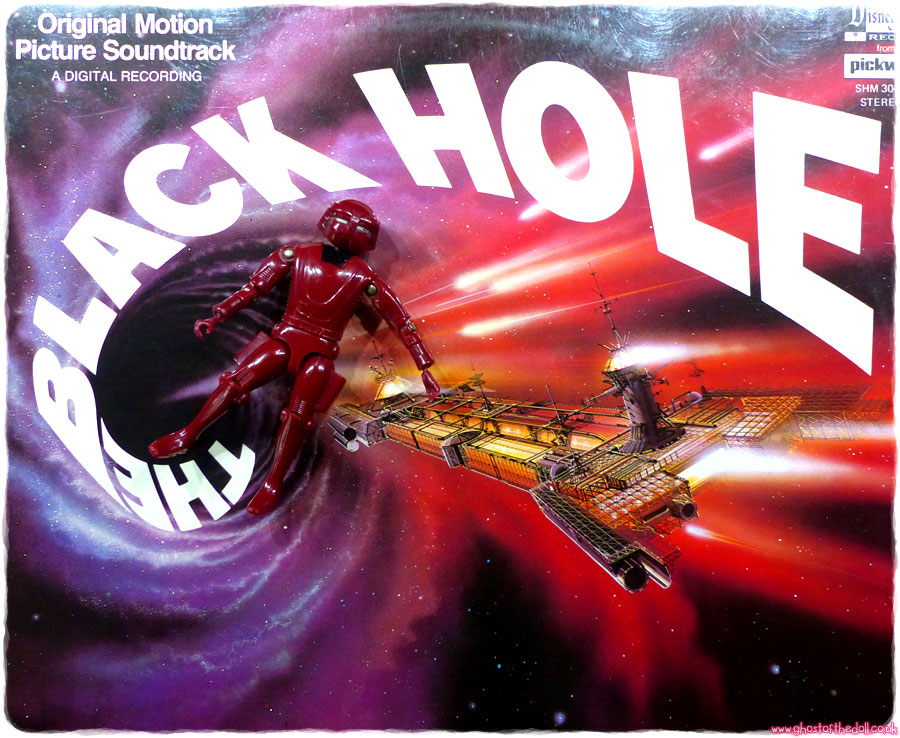 After emptying the toy box of all the other figures I felt bad about leaving these two, so bought them as well. The figure on the right is a Playmobil, dated 1974. The figure on the left has no markings at all but they make a nice couple. The taller figure is missing its wig, so looks like it’s had its brains scooped out from above! 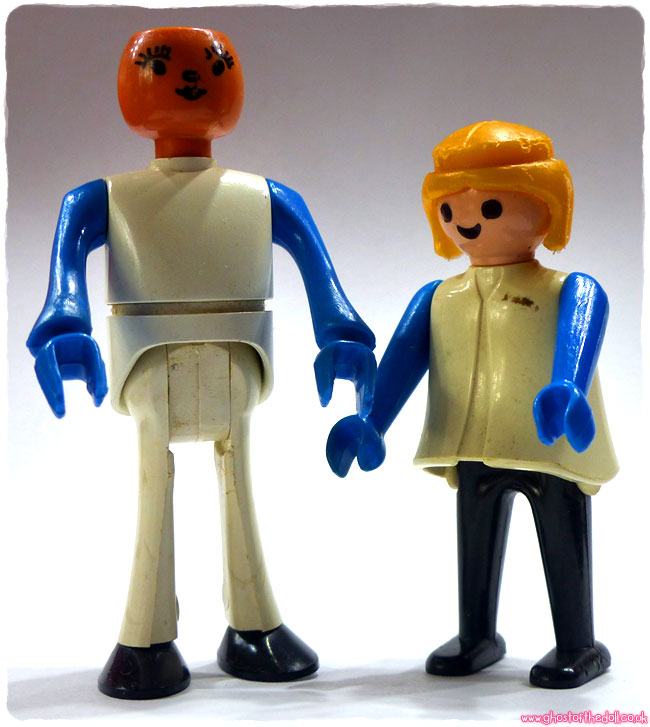 I also picked up A Clockwork Orange by Anthony Burgess. It was first published in 1962. I rather like the simplicity of the monochrome book cover design, but it made rather a dull photo on its own. 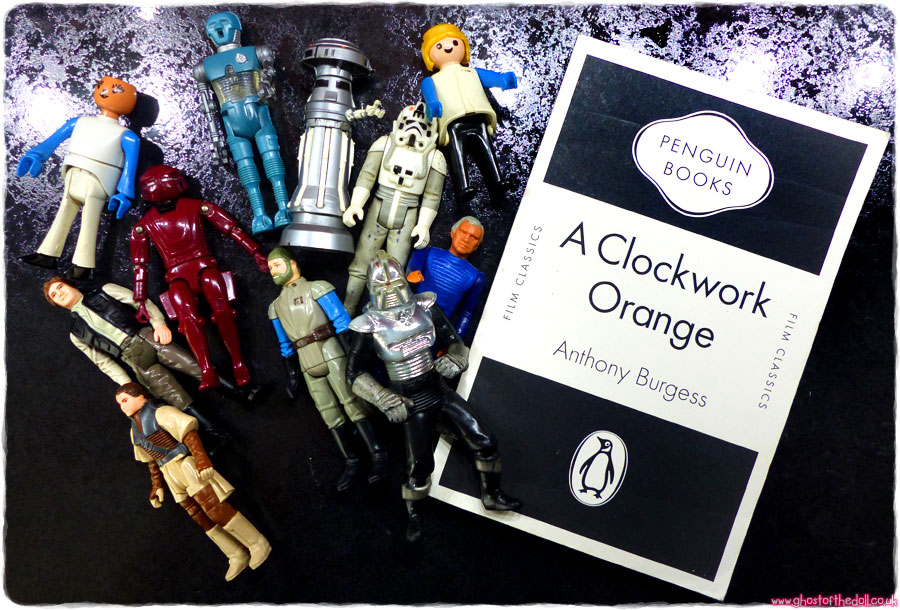