A bit of a doll weekend, with two Monster High dolls, two Equestria Girls and five Kelly-like Sparkle Girlz. Twilight Sparkle sings and talks, and I kept hearing her giggling inside my bag! 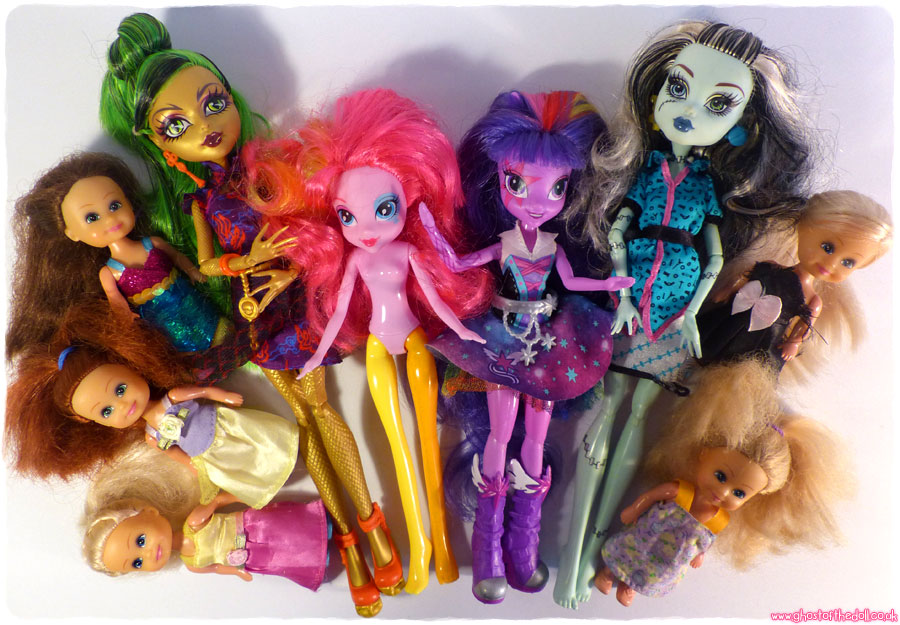 I already own this Jinafire Long doll (from Scaris City of Frights), but she had nearly all her clothes and was a reasonable price (she missing her hair accessory, one earring and her tail).

Frankie Stein is also from the Scaris set (found in different charity shops). She missing her boots and sunglasses but has both her earrings and original clothes (although her skirt has seen better days). Coincidently, I found her suitcase at a carboot sale a few weeks back. 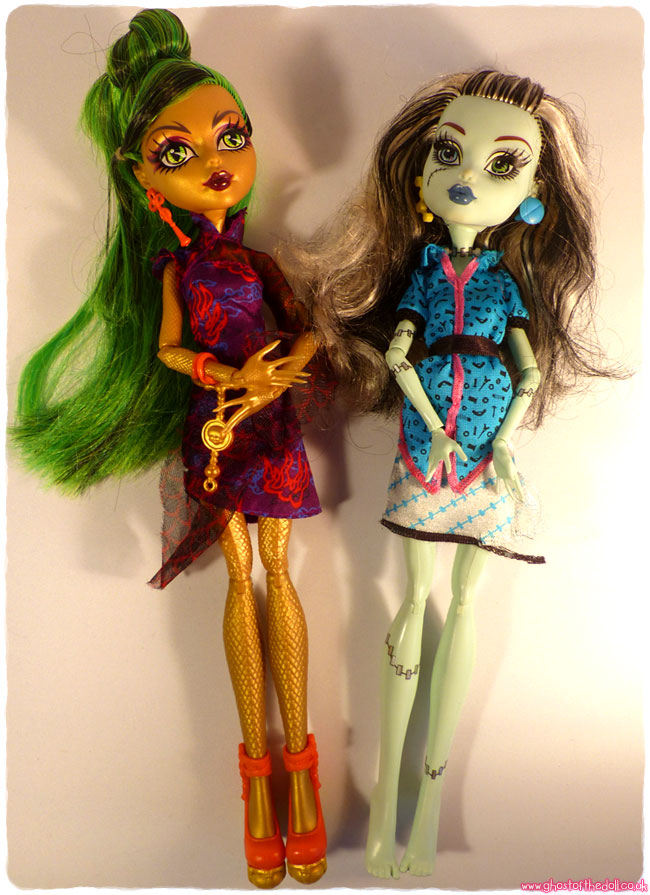 This is them as sold. 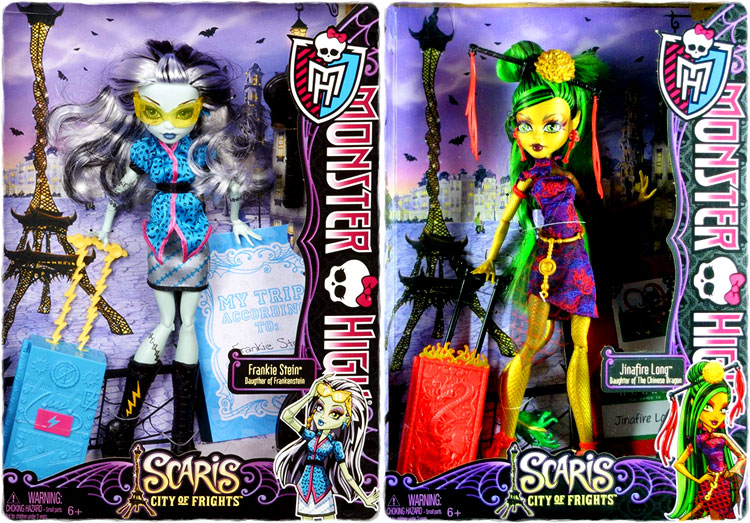 I found a (loud) singing Twilight Sparkle with outfit and a nude Pinkie Pie with super hair. I really like their heads now I have amassed a few of these dolls, but don’t think much of their body moulds which feel cheep and plasticy compared to Monster High. 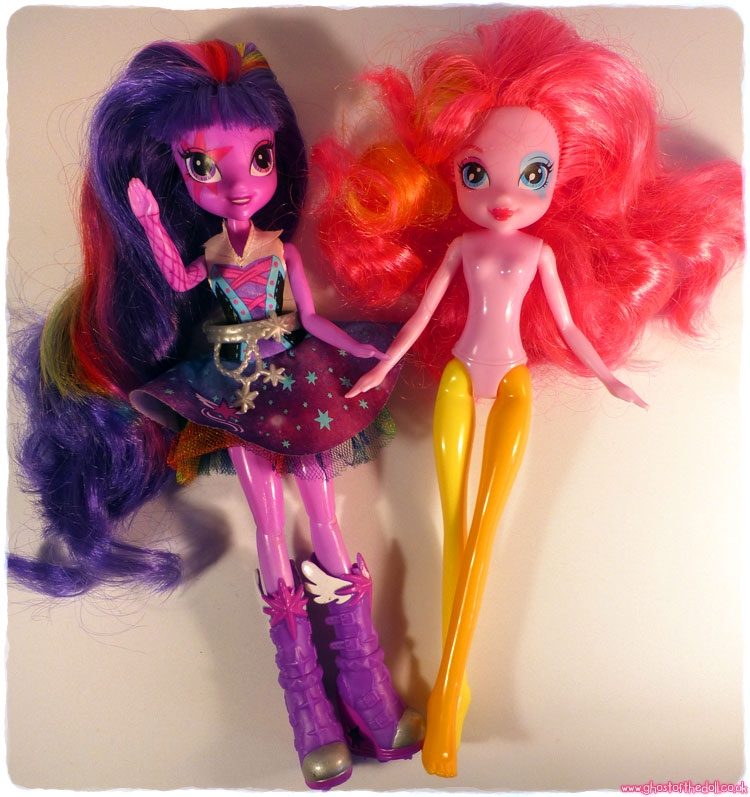 It took a little while to work out who these little Kelly-style dolls were as they are only marked “Made in China” and “57”. Eventually I worked out they were made by Funville, and there are several types of dolls this size as well as adults, babies, fashion sets, styling heads and ponies to name but a few.

They were each sold separately in little cardboard “pots”, as well as in larger boxed sets from around 2016. The doll on the far right is wearing someone else’s dress, but the others are all their own. 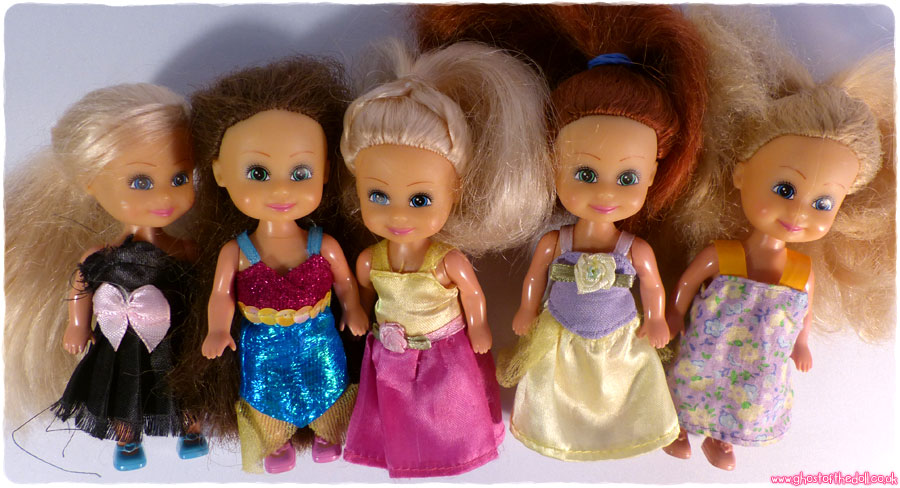