At the end of June, whilst browsing eBay, I came across not one but two Punzles sales. One of these sales also included a “Hasbro Bird” which I recognised straight away as a Fairy Tails “Fan Tail” bird. Both were Buy It Now, so I did just that! I was also scouring eBay for Equestria Girls wings as the lot of 10 wings I bought a couple of weeks earlier very annoyingly got lost in the post so never arrived (along with 20 Hatchimals). To my surprise, I saw a Novi Stars doll labelled up as an Equestria Girls doll, so placed a bid and as no one else placed a bid I won it at the starting price. I also bought an actual Equestria Girls from the same seller, to make use of the combined postage. Funnily enough, I bought my first Punzel and Novi Star dolls at the same time too.

The first Punzels to arrive were in lovely condition and needed very little attention. The second two, along with the Fairy Tails bird, needed A LOT of attention! The Novi Stars doll wasn’t too bad, and the Equestria Girls doll was fine. This is them now, all brushed and washed! 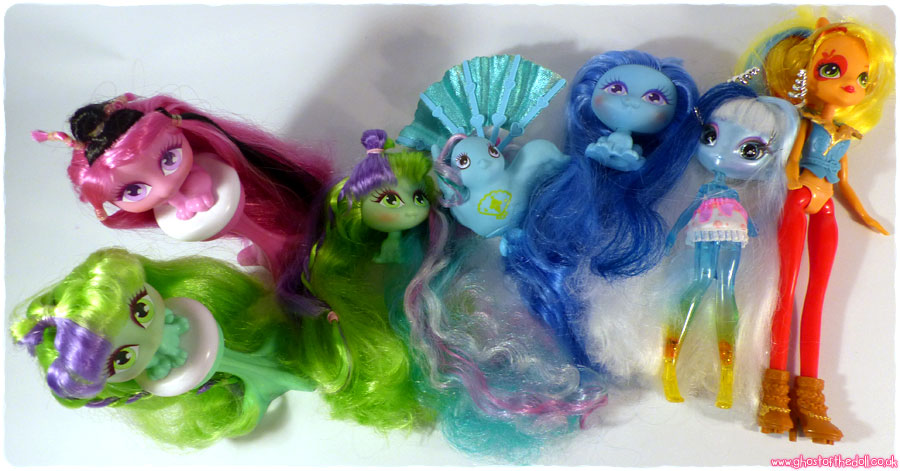 You can’t get the full awfulness of the Fairy Tails bird from this photo, but it took a good couple of hours to brush through, and at one point thought it would never come loose! Her tail was totally matted at the base, and one side was half the length of the other because of this. The blue Punzel was easier going than the green one. 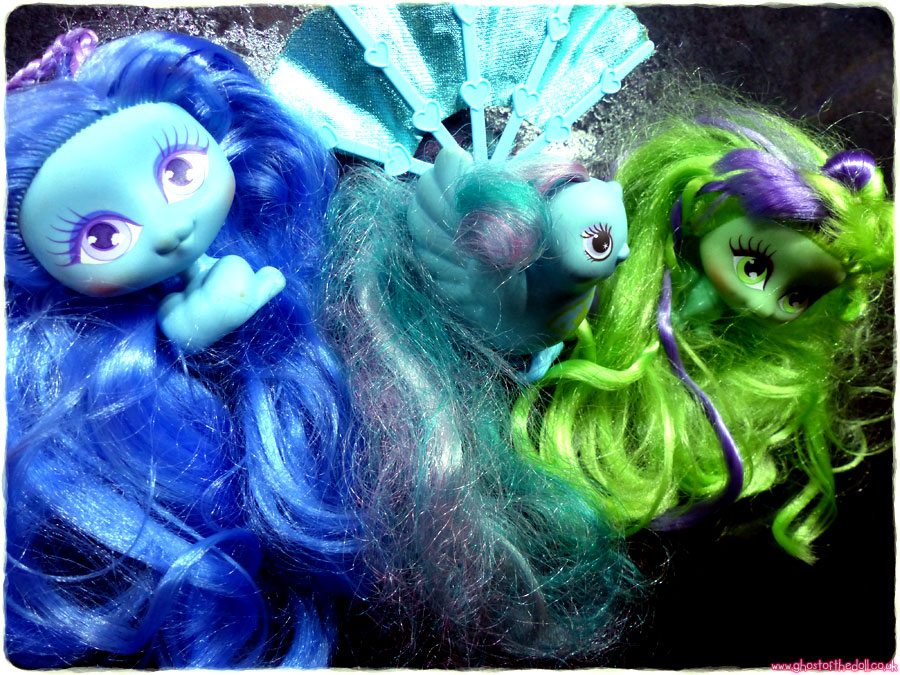 Frosty Tails is looking so much better now, although I shall try to style her hair again at some point to create some nicer curls.

Find out all about Fairy Tails here: www.ghostofthedoll.co.uk/fairytails.php 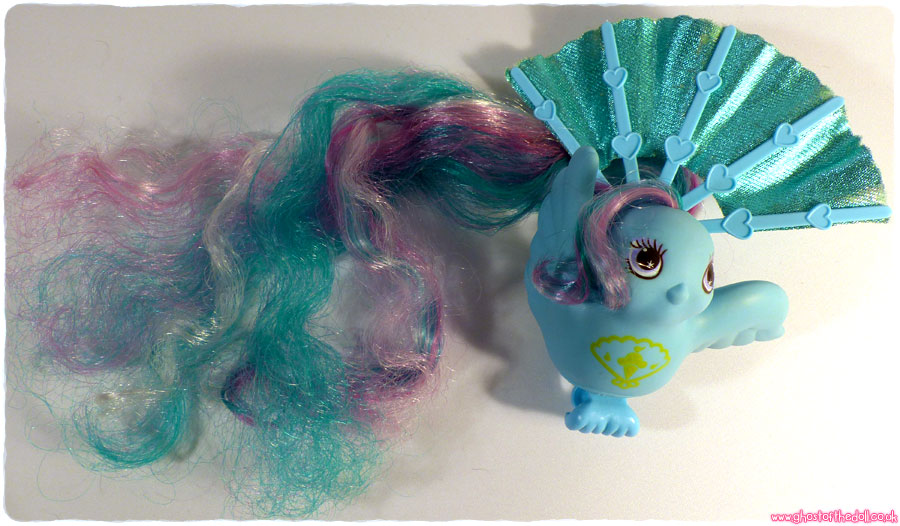 Here are all my Punzles, together with the purple one I already owned. 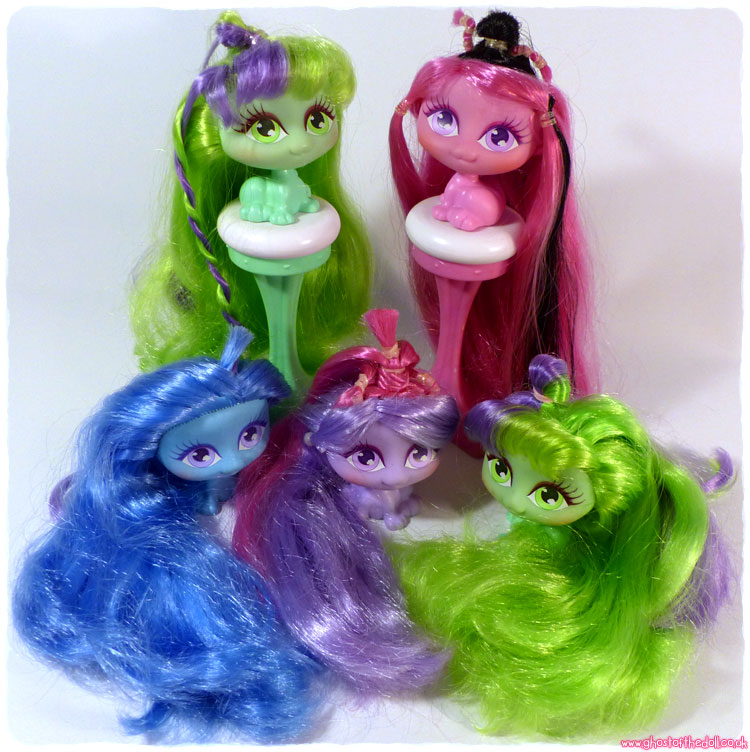 Una Verse (left) is wearing a Shopkins Shoppies skirt, which is quite a feat to get on an off! Her original dress doesn’t look to complicated to recreate, so may do that at some point. Applejack (right) is missing her skirt. 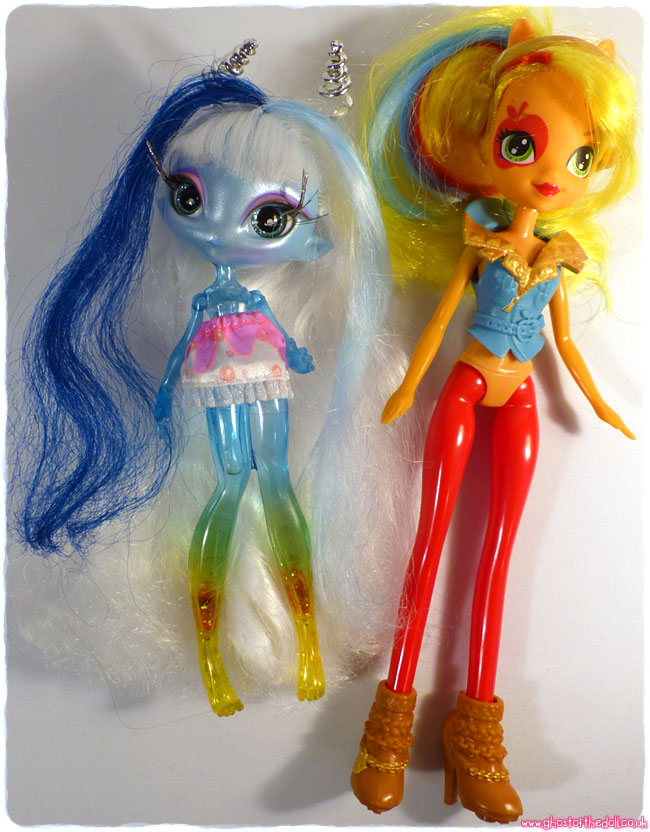