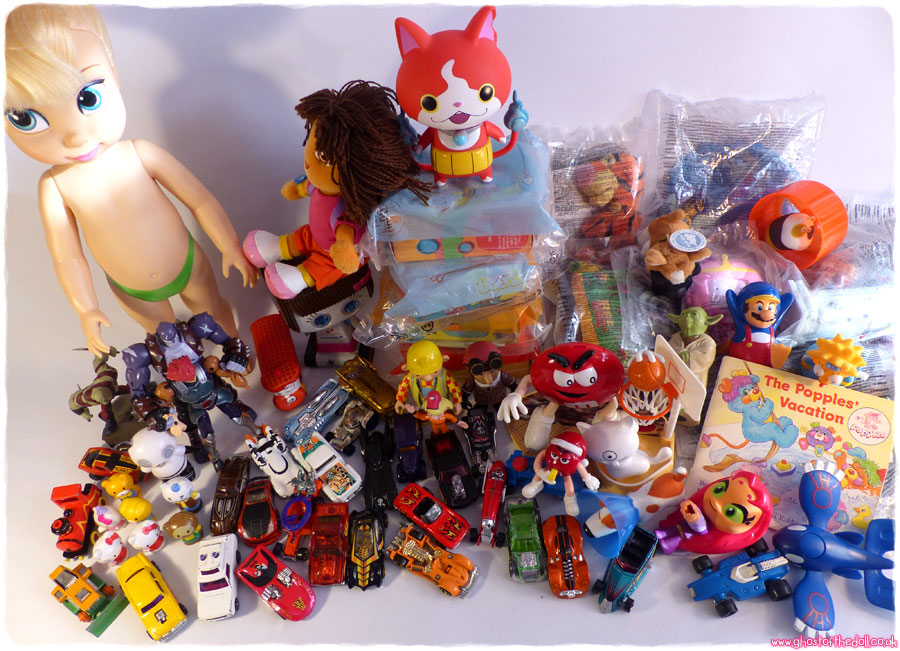 I bought this little lot of cars over various shopping trips. Most of them are Hot Wheels, are there are also a few vintage other brand cars too. 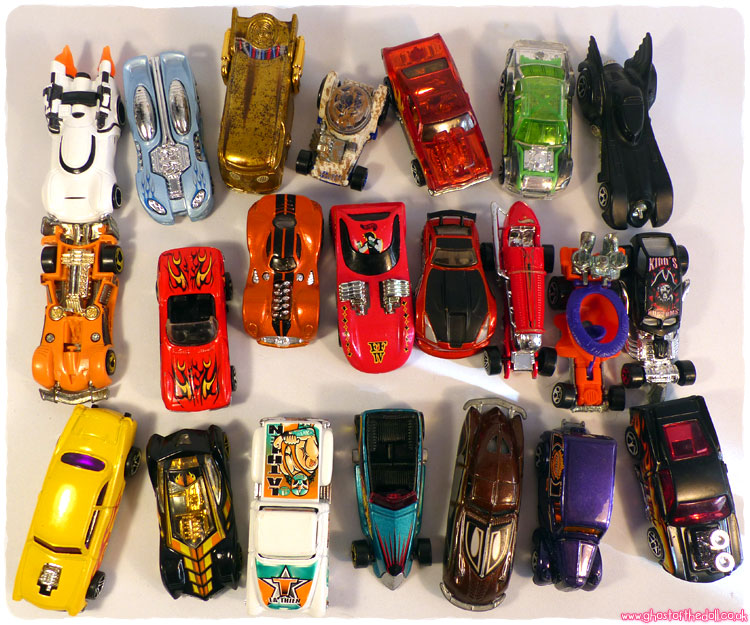 Another Disney Toddlers doll. This time it is a naked Tinker Belle! Her hair needed a bit of attention as the original styling was all over the place with some parts still stiff with hair product to hold its curl, other parts matted, and I think some trimming to the pony tail as it is a bit too short to curl it over on itself as it originally was. After a good wash, condition and brush she looks so much better, with a style now all of her own! 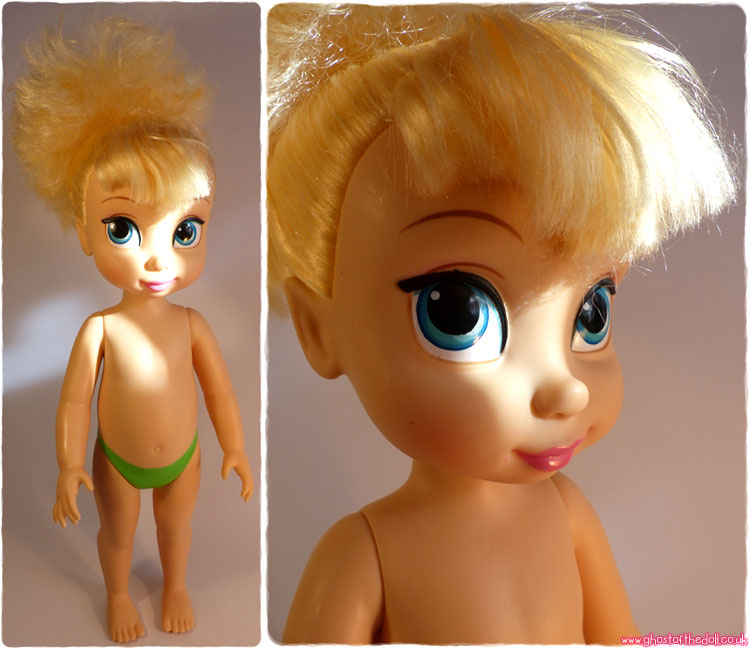 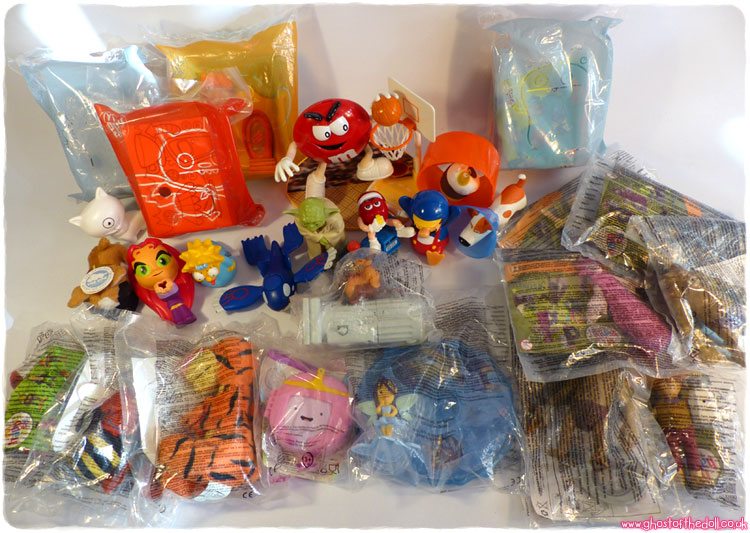 I found a lovely Yo-Kai Watch large figure, Dora The Explorer, a Confused.com robot and Hello Kitty and friends minis. 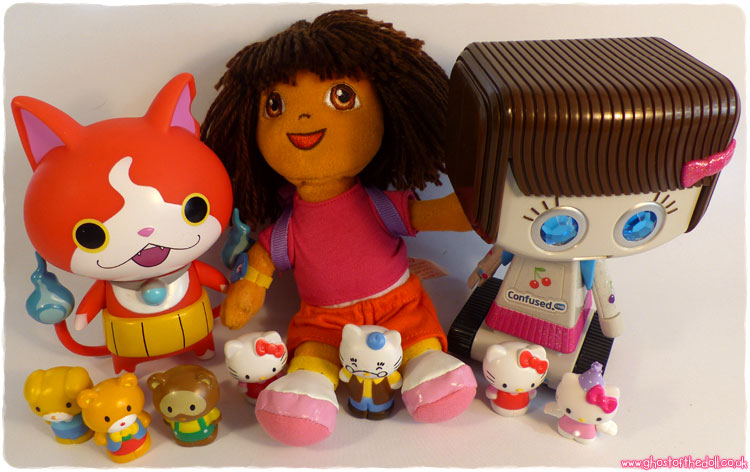 There were two modern ThunderCats action figures bundled together in the same bag (Lion-O is missing a hand, so probably why sold in a pair), and another bag contained Bob The Builder, a Postman Pat character called Ajay Bains, and an unknown figure in orange. I’m not too sure who the panda is either. I also picked up a Disney Infinity: Marvel Super Heros “Drax” game figure (from Guardians of the Galaxy). 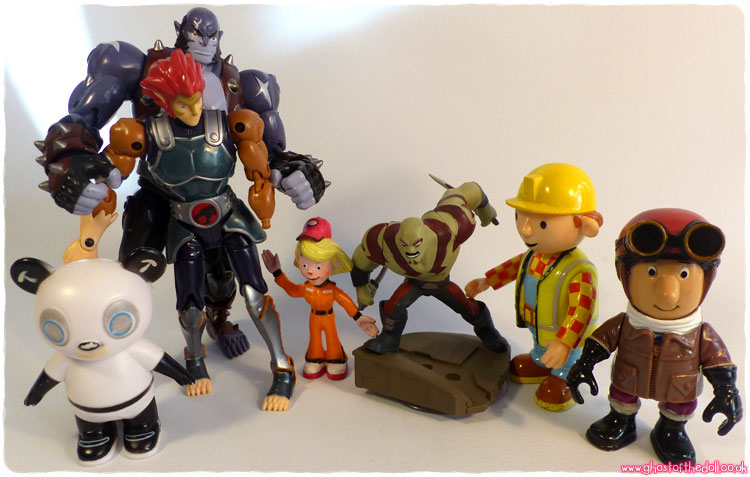 And finally, something from the eighties! The Popple’s Vacation by Peggy Kahn and Richard Max Kolding. 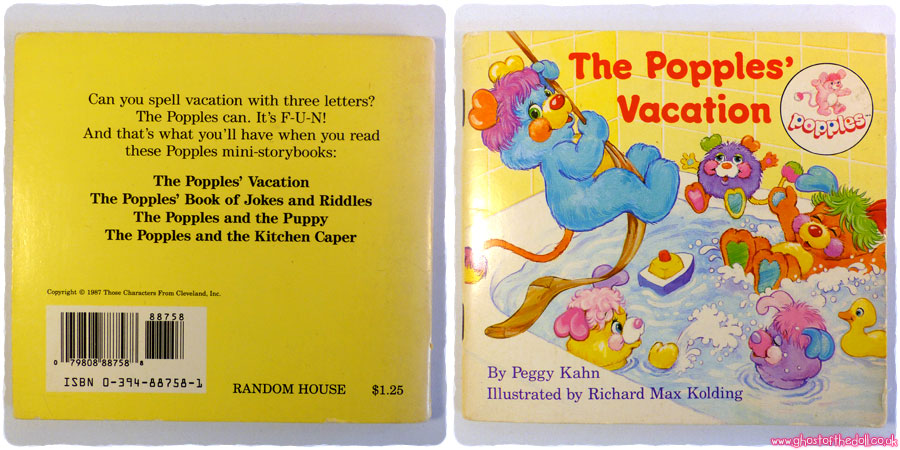