It’s been a long time since I’ve gone to a carboot sale, and there seemed to be a lot more toot that I remember! Needless to say, I found a few toys regardless, including Novi Stars, Once Upon A Zombie, Monster High, I Love Minnie, Lalaloopsy and My Little Pony. 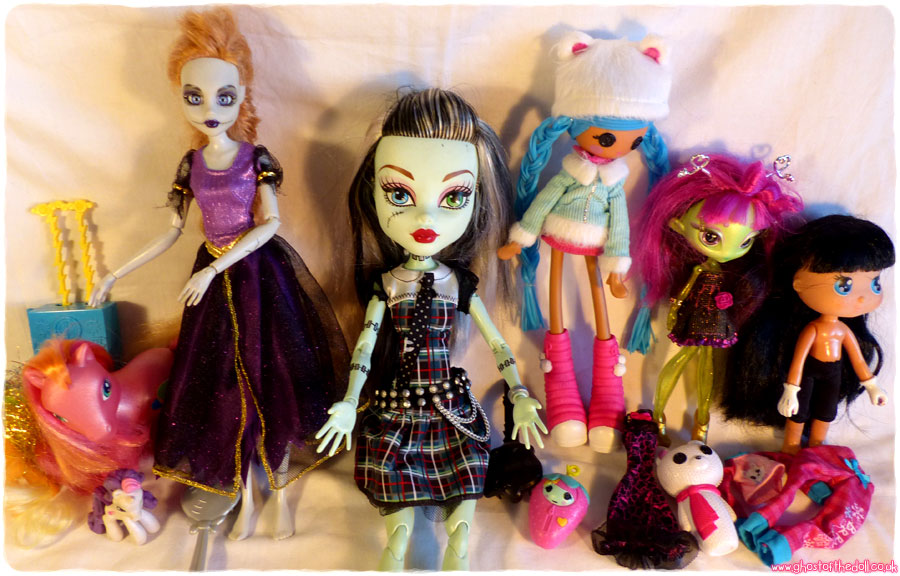 The first item I spotted was this Novi Stars “Alie Lectric” doll in a box of bits. Sadly she’s missing an arm, which was disguised by the fact her dress was all skewiff and had hair all over the place when I picked her up, but  it’s not too noticeable now she’s on the shelf. She was £1.00, but would have haggled if I’d seen her lack of arm! 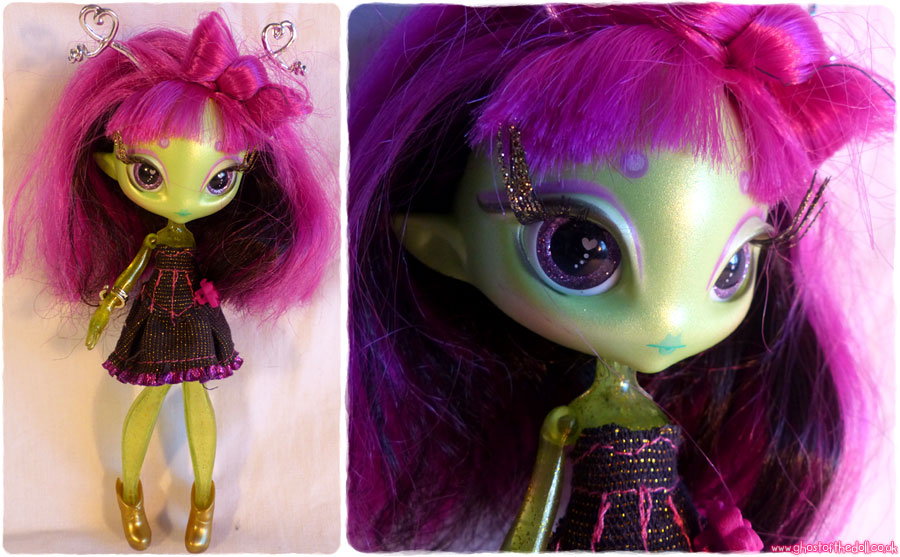 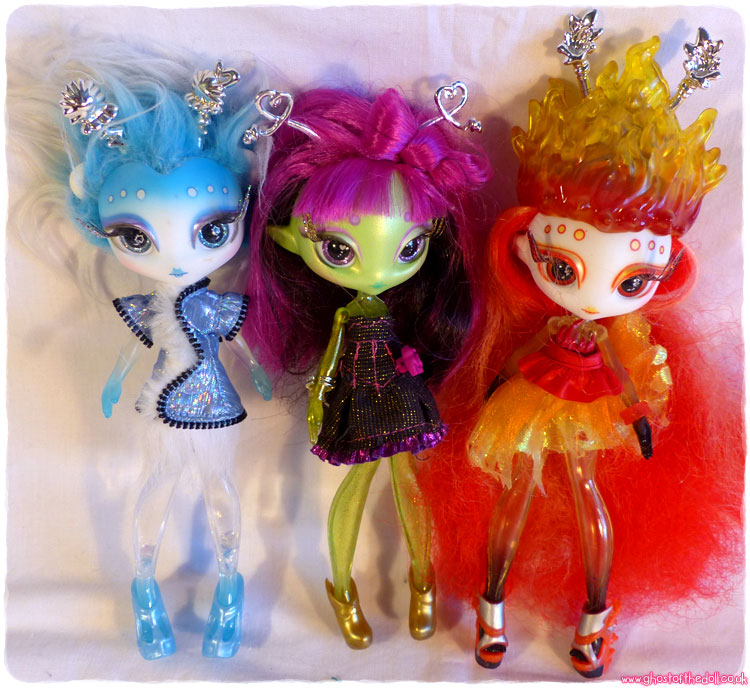 This Lalaloopsy Girls “Mittens Fluff ‘N Stuff” doll was in a bag with most of her extra accessories. The tiny pink Lalaloopsy Littles figure on the bottom right is called “Fairy Fern“). 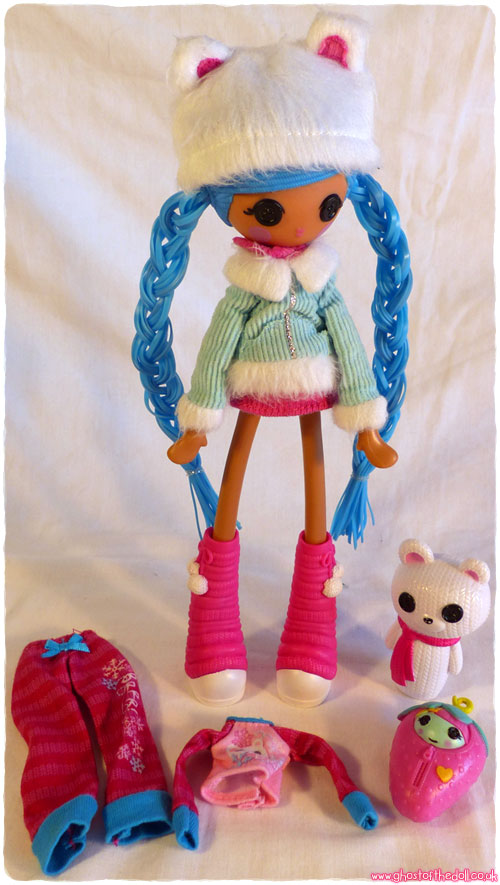 I then found some My Little Ponies. The large one is a G3 pony from 2005 called “Sweet Summertime“. Applejack with tinsel hair is a G4 Rainbow Power pony. The little figure is G3 from 2007, a Ponyville mini called “Sweetie Belle“. 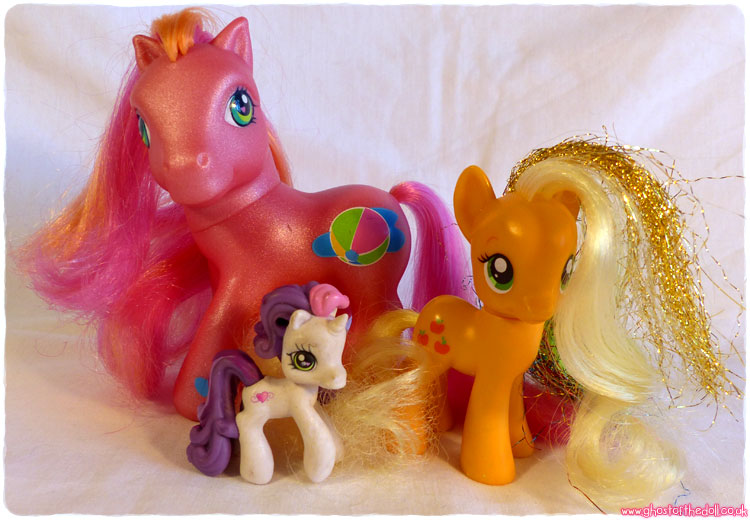 This Once Upon A Zombie “Rapunzel” has a broken leg (but included). I found her brush in the box of toys too.

I’ve repaired her leg, and the leg of the other Rapunzel doll I have which also snapped off in the same place. This version has her dress and much longer hair than the doll I found back in 2017. 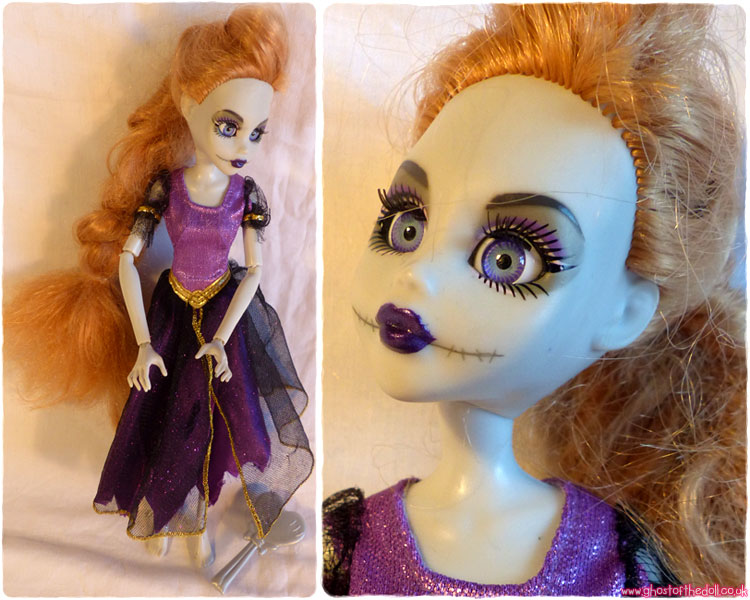 I Love Minnie was was wearing a Monster High dress as a top, and I also found a MH brush in the same little box of toys. 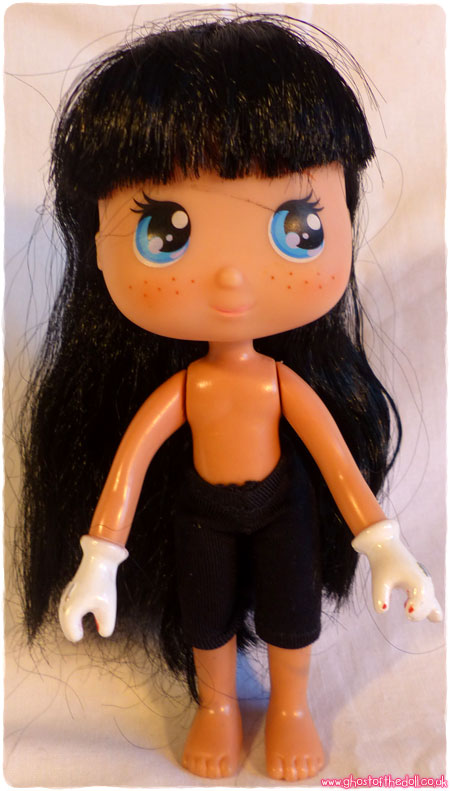 The doll above was wearing this Monster High dress (Roadster “Draculaura”) which also came with the brush. The Monster High suitcase belongs to “Frankie Stein” from the Scaris City of Frights line. 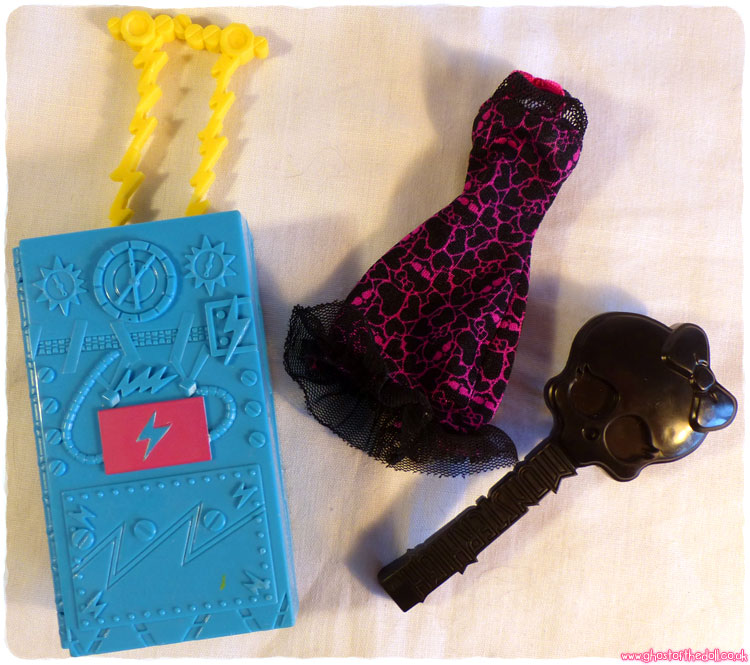 I thought I was all done, but on the way out I spotted this Monster High beauty! She’s a Frightfully Tall Ghouls “Frankie Stein” and by far my best buy of the morning. 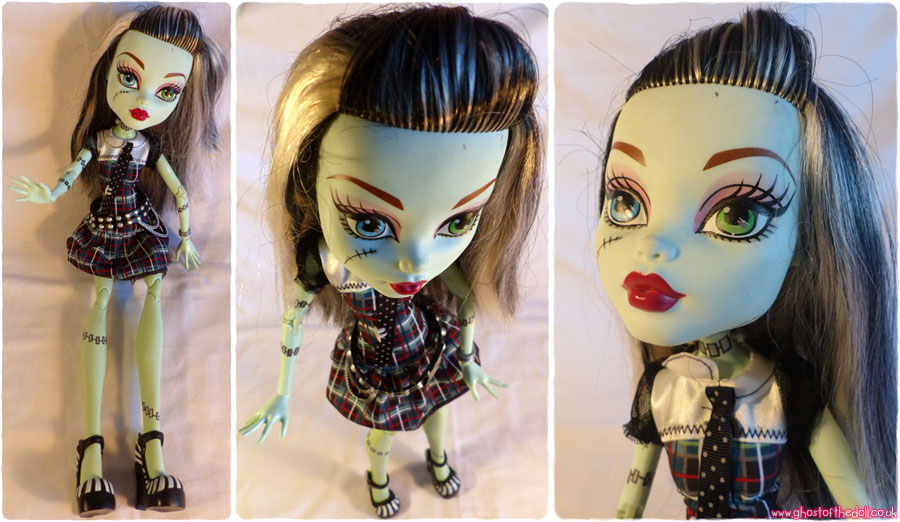 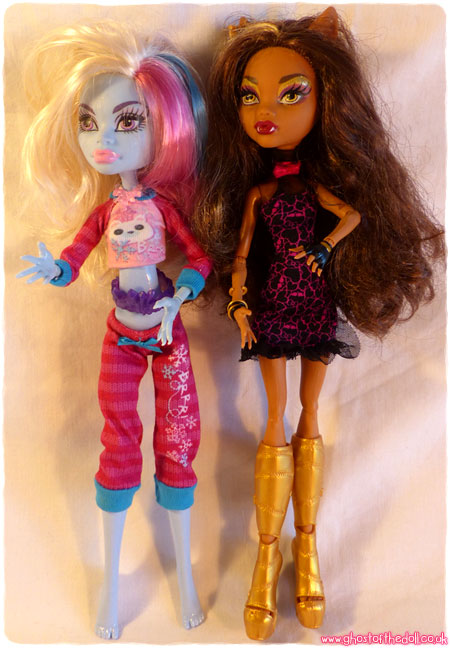 Back To The Future - Retro Movie Badge/Magnet