I came back with an unexpected pile of eighties goodies last Saturday, mostly all from the Salvation Army charity shop in Leigh On Sea. I found three Look In magazines from 1983, three TV annuals (Super Gran, Gordon T Gopher, and Fraggle Rock), a pack of Mr Men Snap cards, and a Bros 12″ single (I Owe You Nothing). 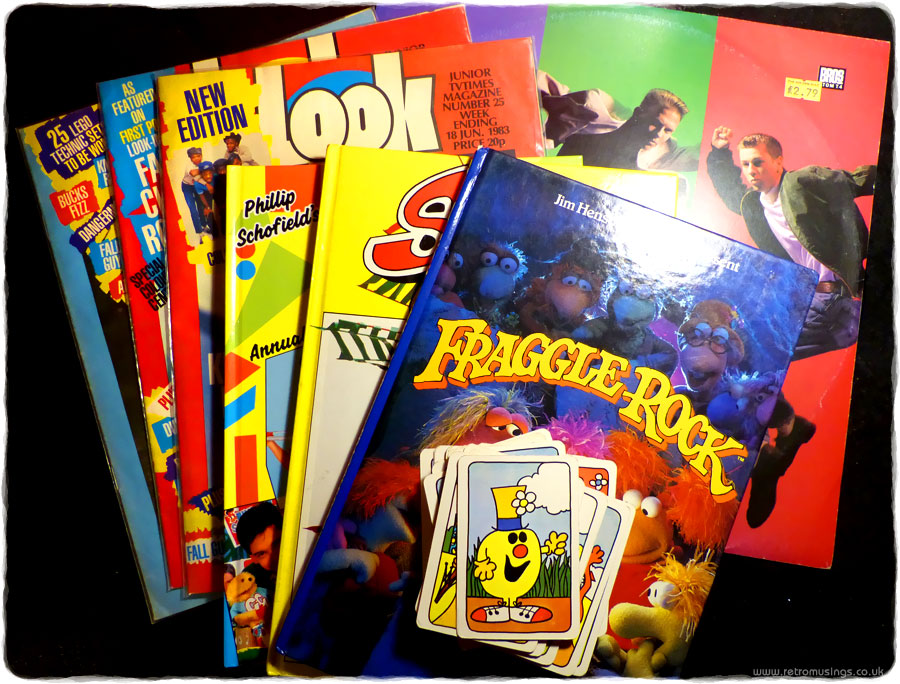 Look In was a weekly junior TVTimes magazine, with TV, music, posters and cartoons. They also had basic TV listings, so may cool things were on!
TV listings for the week starting Saturday July 2nd 1983 included Vicky The Viking, Metal Micky, No.73, Magnum, Dramarama, Diff’rent Strokes, The Krypton Factor, Razzmatazz, Knight Rider, Rod, Jane and Freddy, Beverly Hillbillies, Rainbow, and The Fall Guy. A real blast from the TV past!

I used to get Look In delivered each week from about 1984, before graduating to Smash Hits around 1987. These are all from 1983, so only a little before I started reading them.

I’ve never found Look In (or Smash Hits) in a charity shop, so treated myself to these three (all they had in/left). They are in good nick, came in special little sleeves. 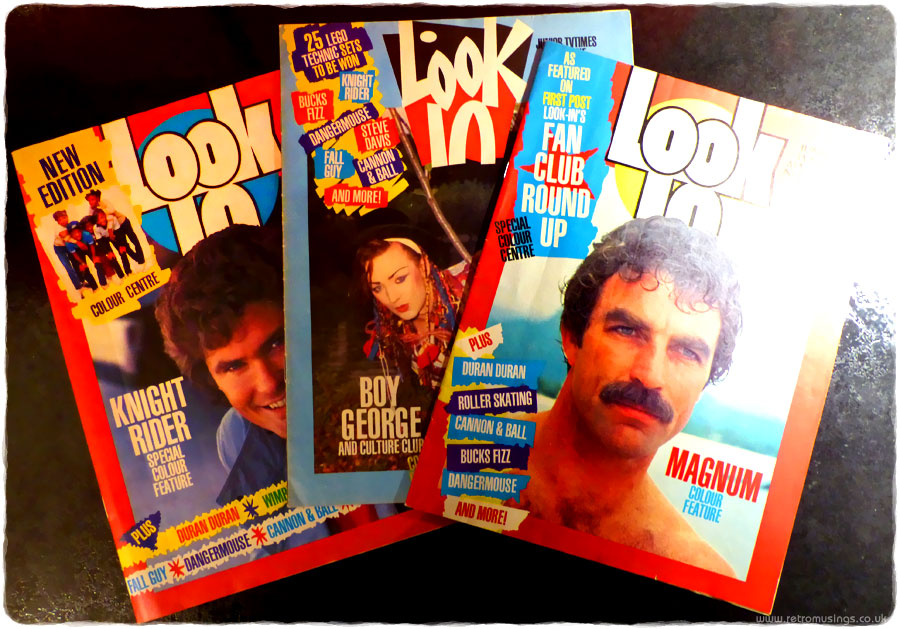 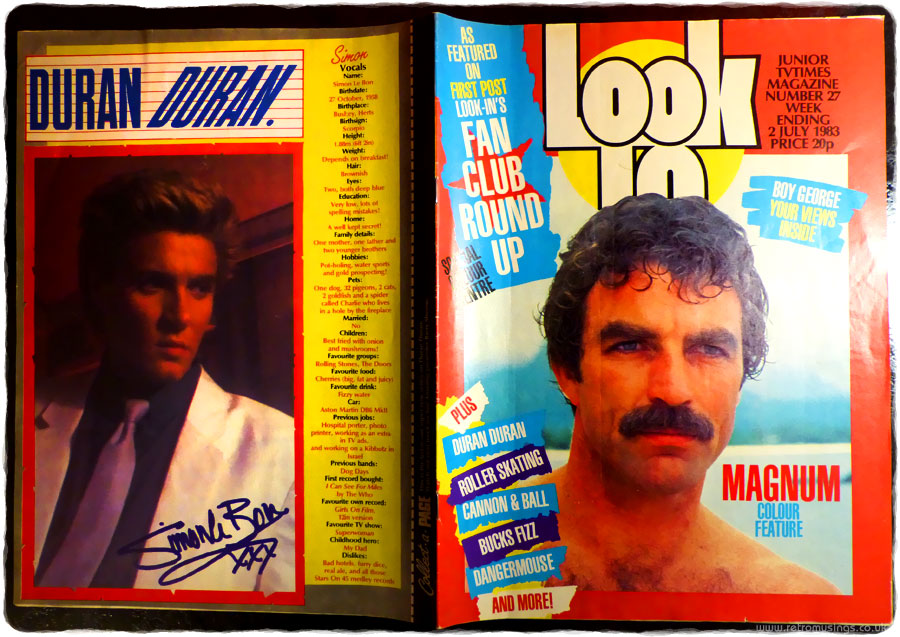 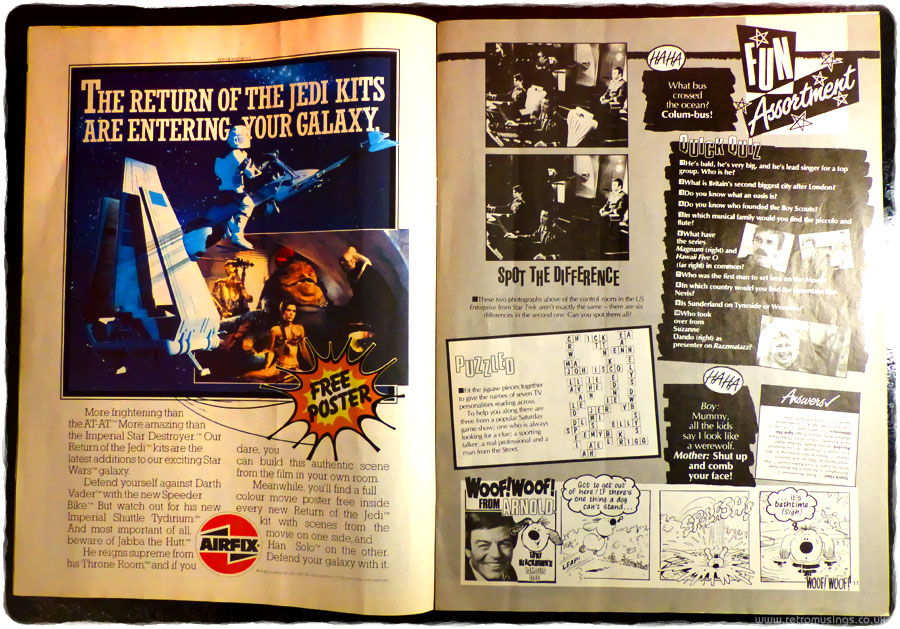 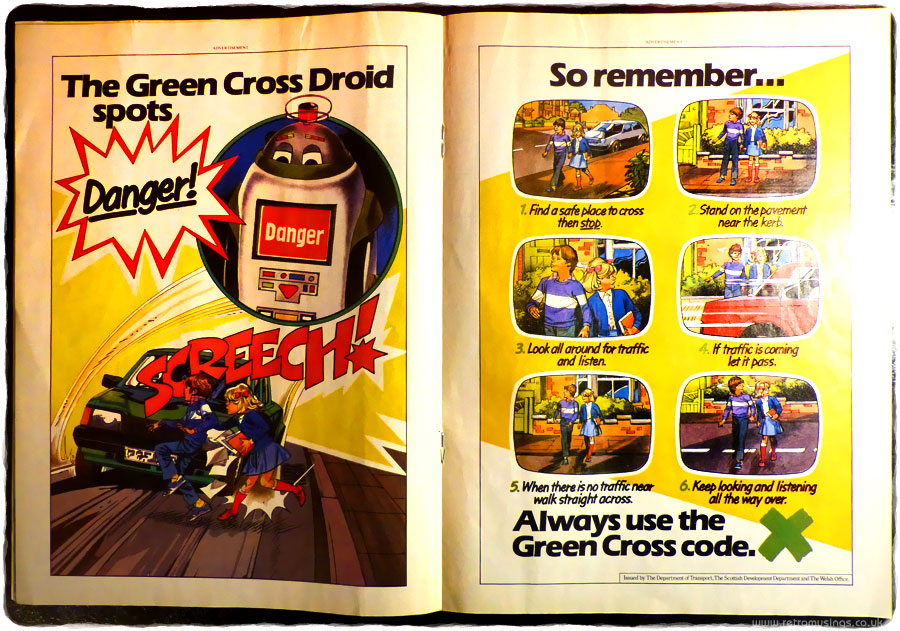 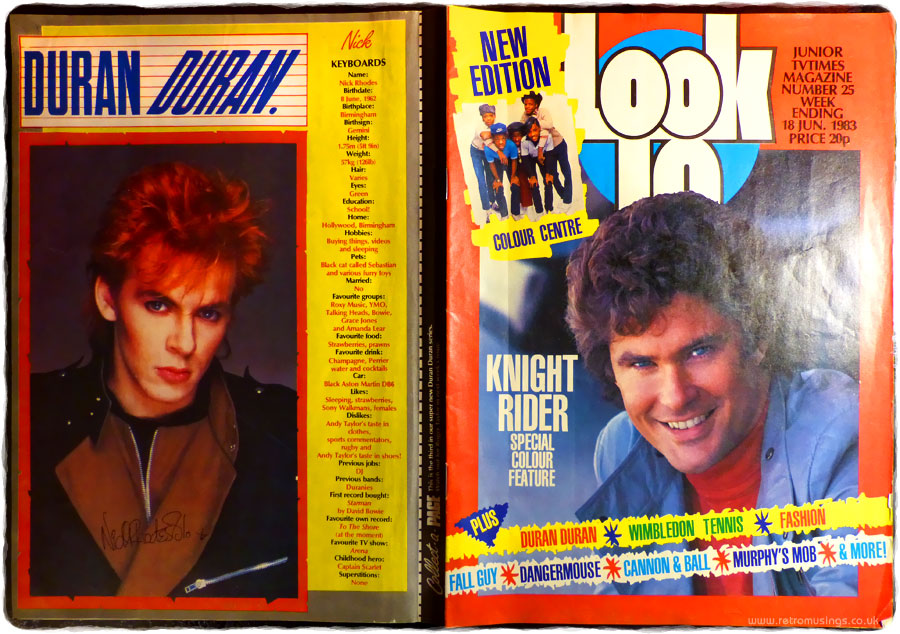 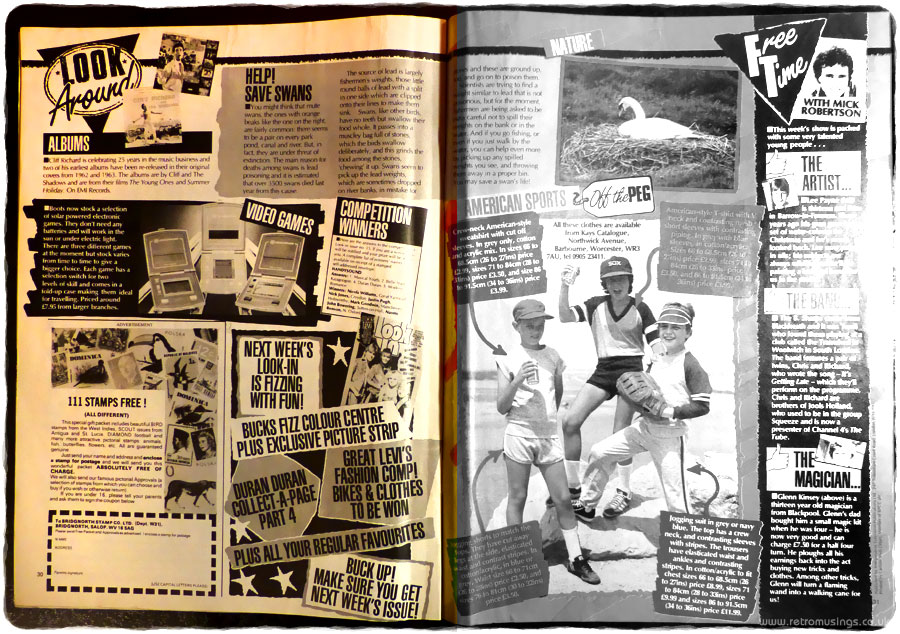 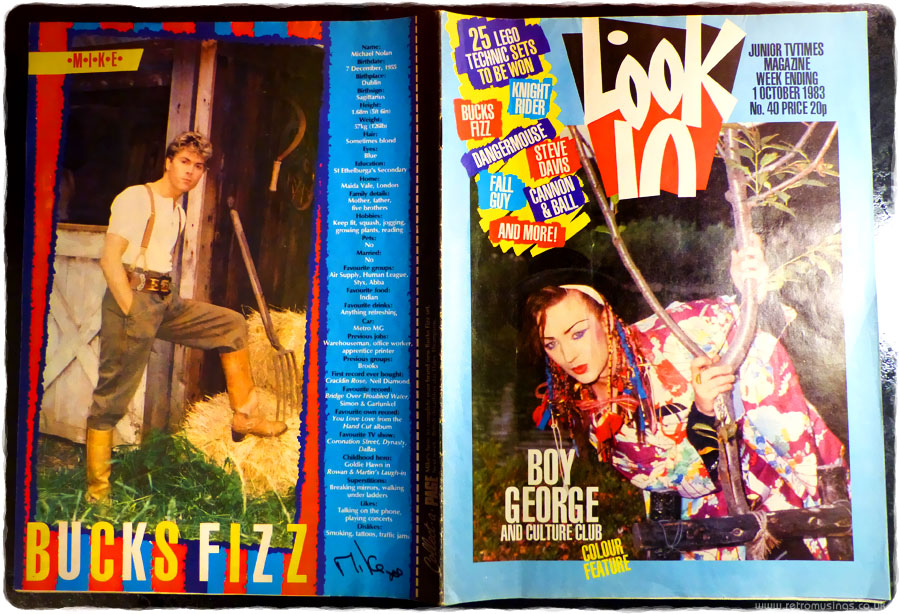 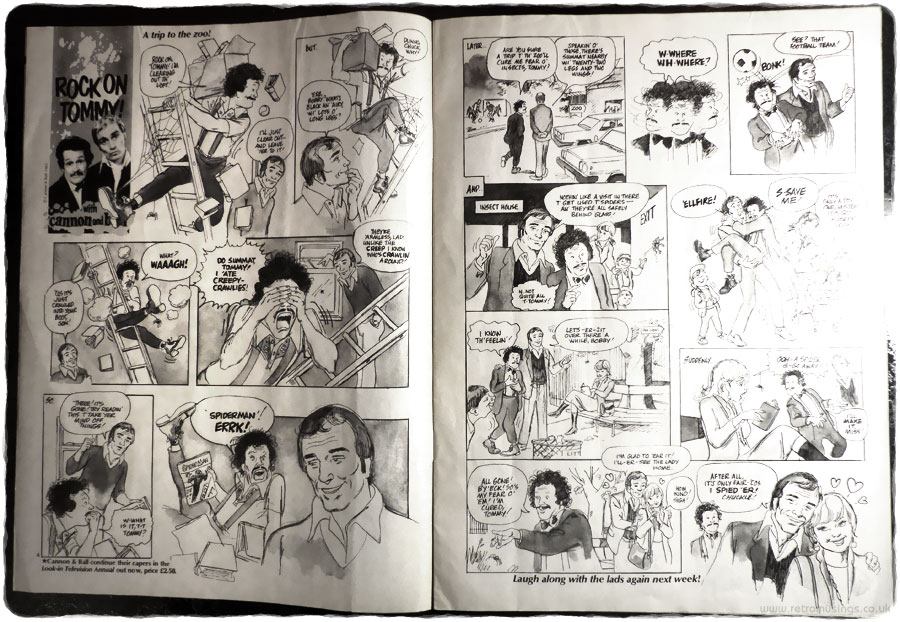 I love Mr Men so quickly “snapped” these up! There are 11 characters with four cards each (three cards were missing). They look to be 1970’s/80’s but aren’t dated. I would guess they originally came boxed, and the date would have been there. The cards are in good condition. 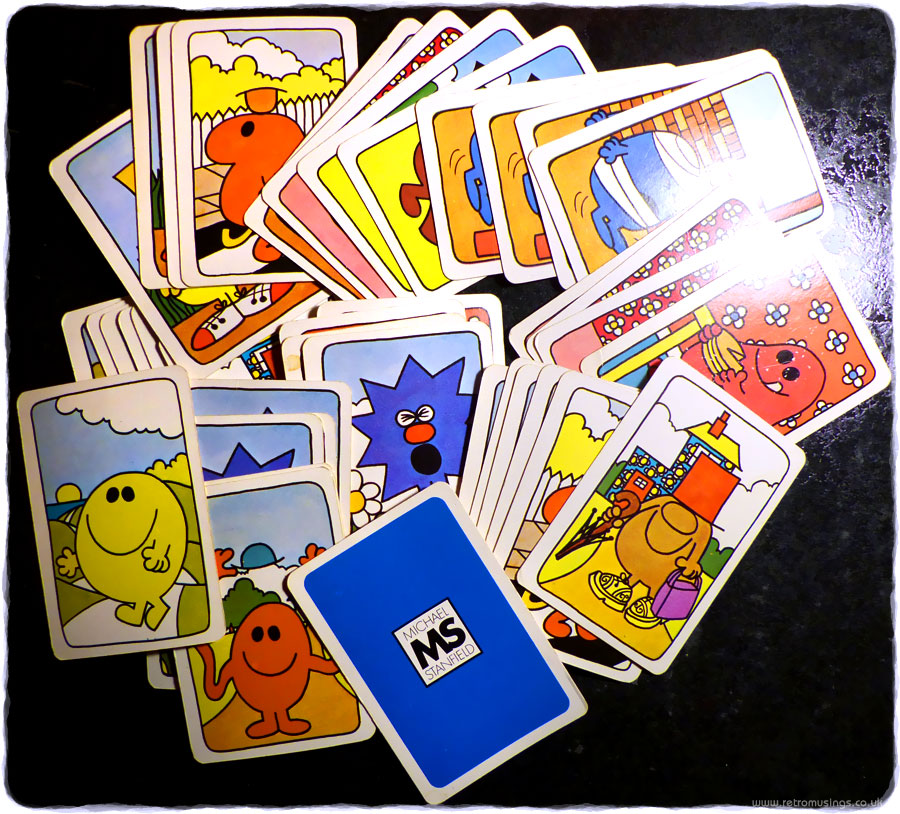 This annual cost £3.00, which is more than I would usually spend on an annual, but as it was my birthday I treated myself. Plus, it’s Fraggle Rock and in excellent condition! 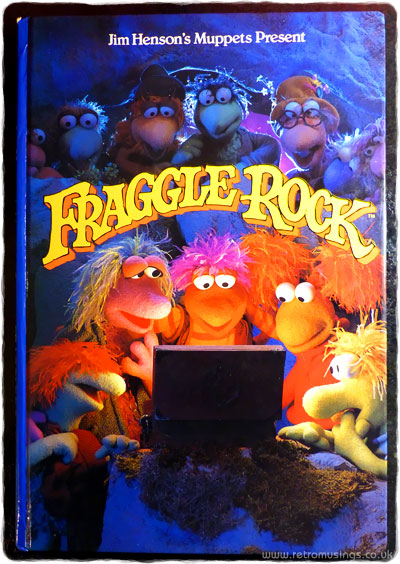 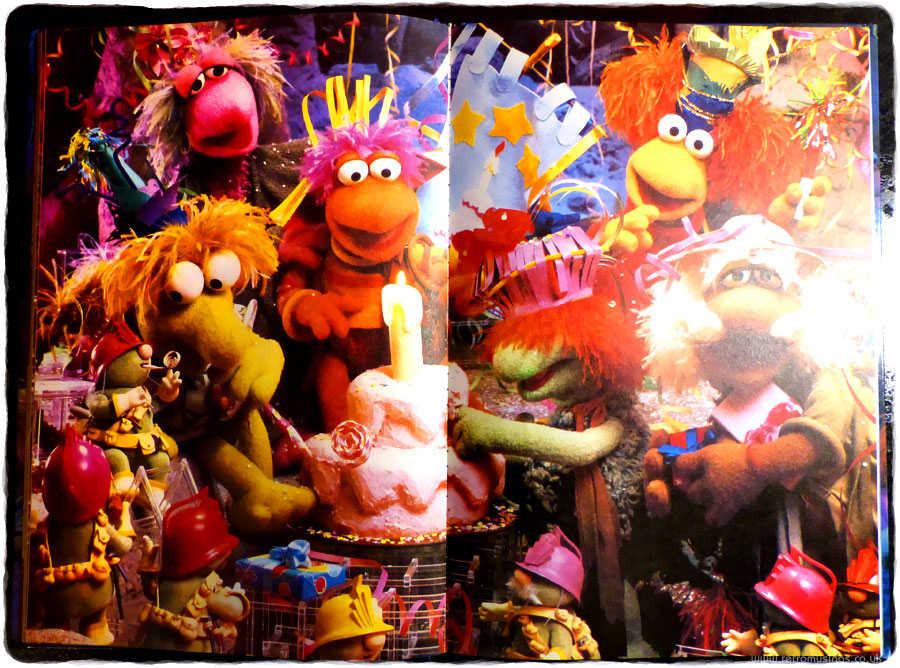 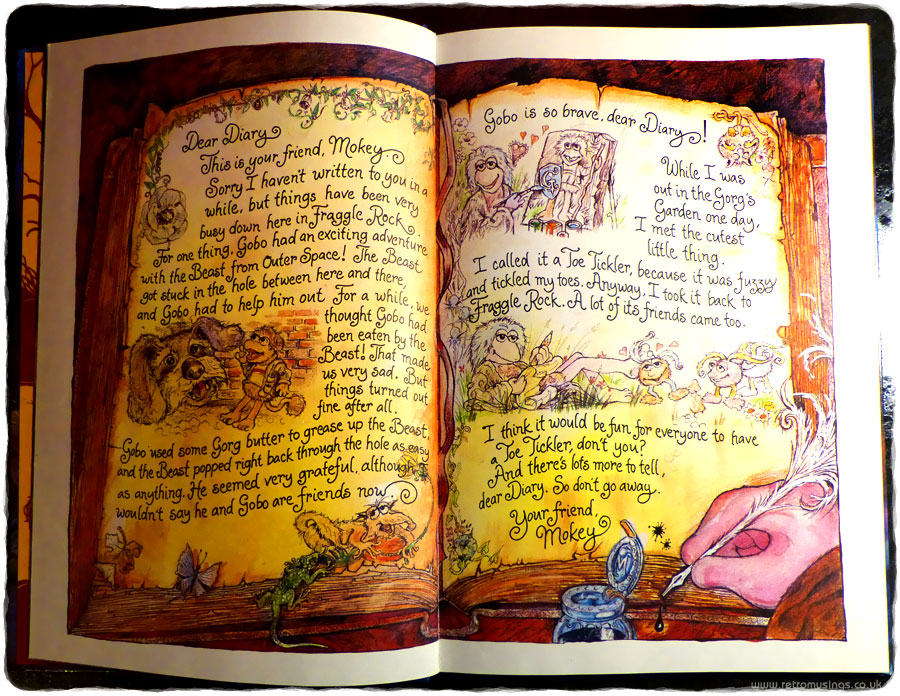 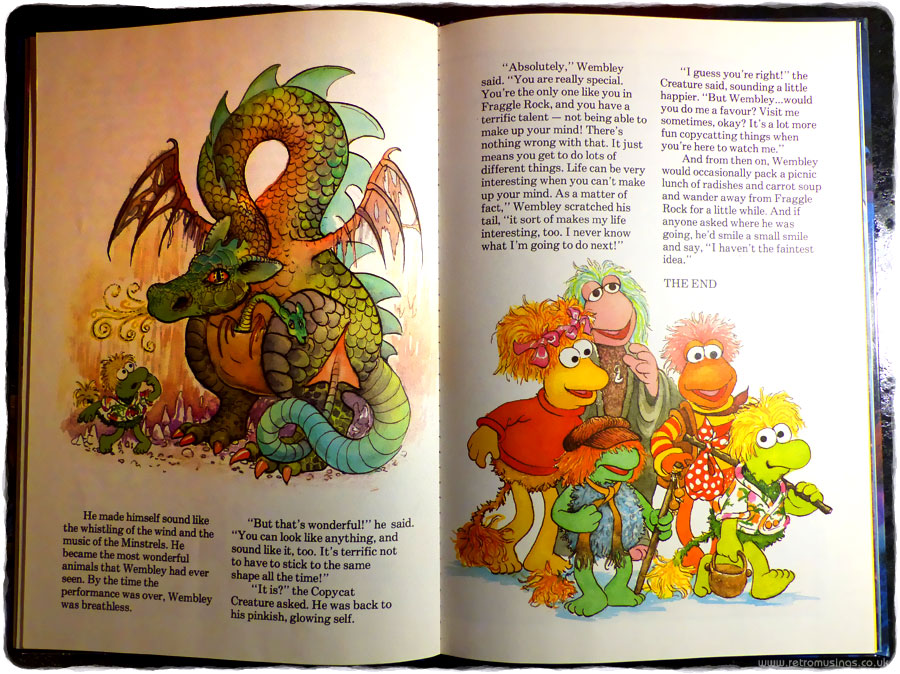 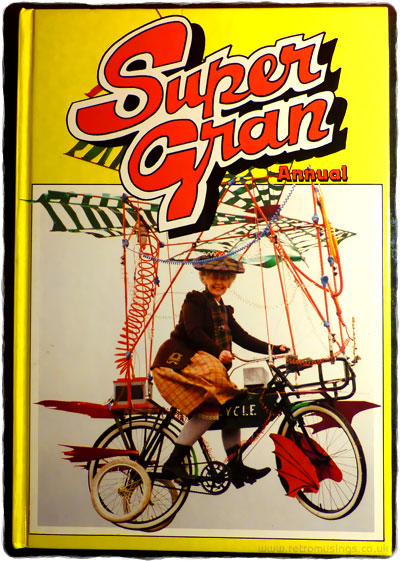 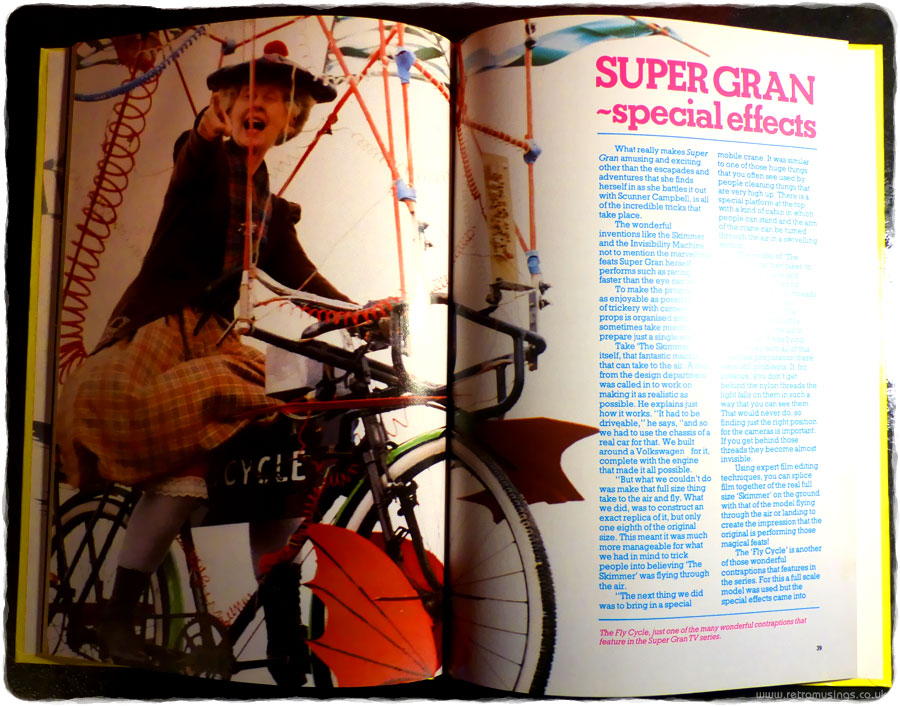 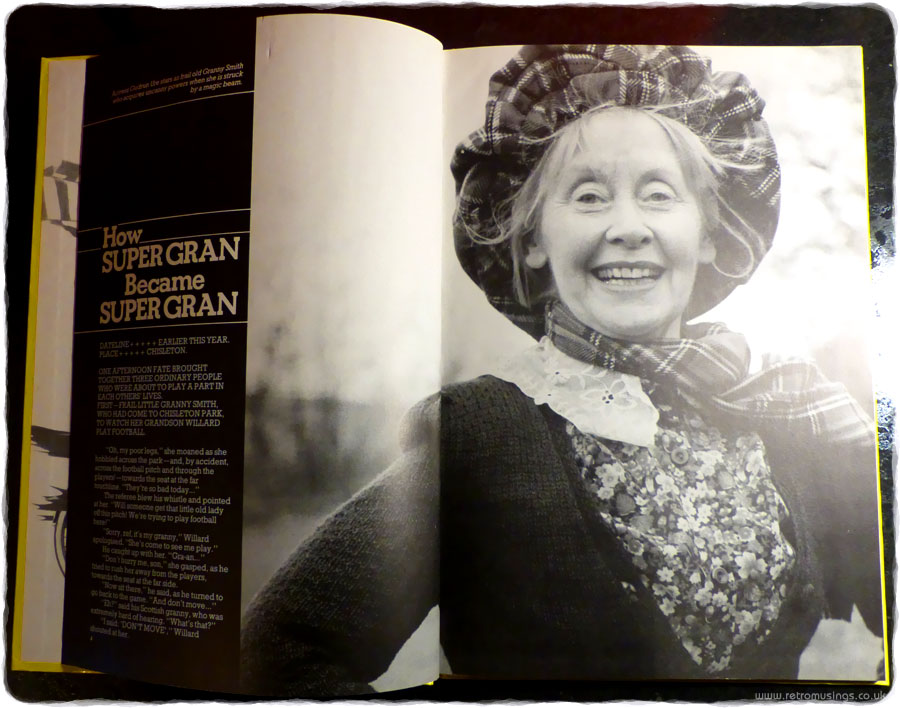 The theme tune was sung by Billy Connolly, and was even released as a single.

“Stand back Superman, Iceman, Spiderman. Batman and Robin too
Don’t wanna cause a fracas, but BA Baracas, have I got a match for you.
She makes them look like a bunch of fairies.
She’s got more bottle than United Dairies.
Hang about – Look out! For Supergran.”

This was also in excellent condition. I was quite a Gordon The Gopher fan, but not of Phillip Schofield. Too much smiling for my liking. 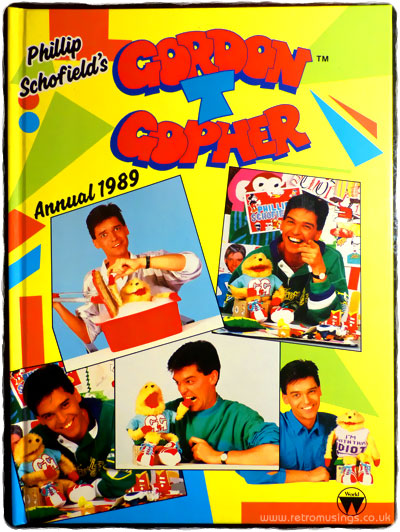 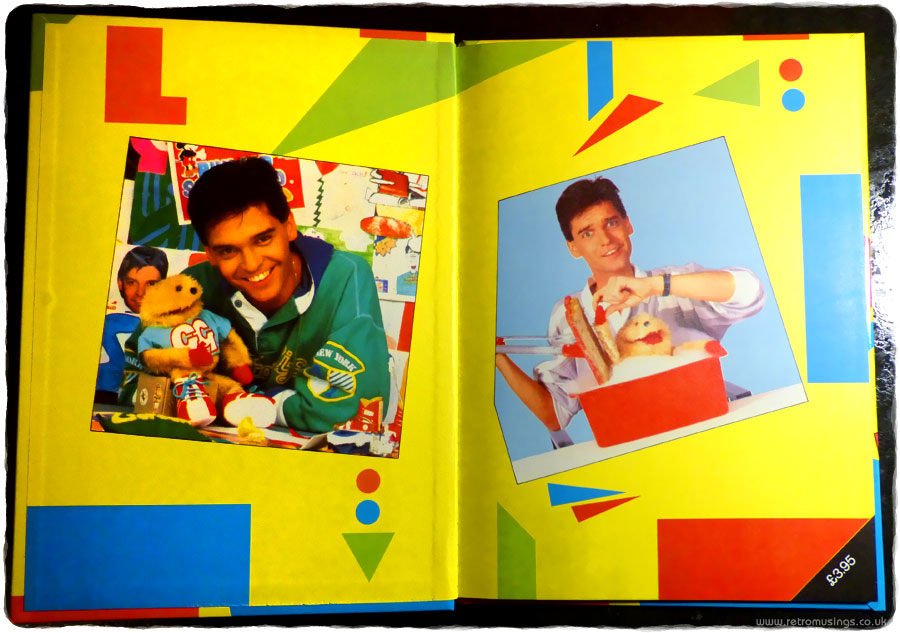 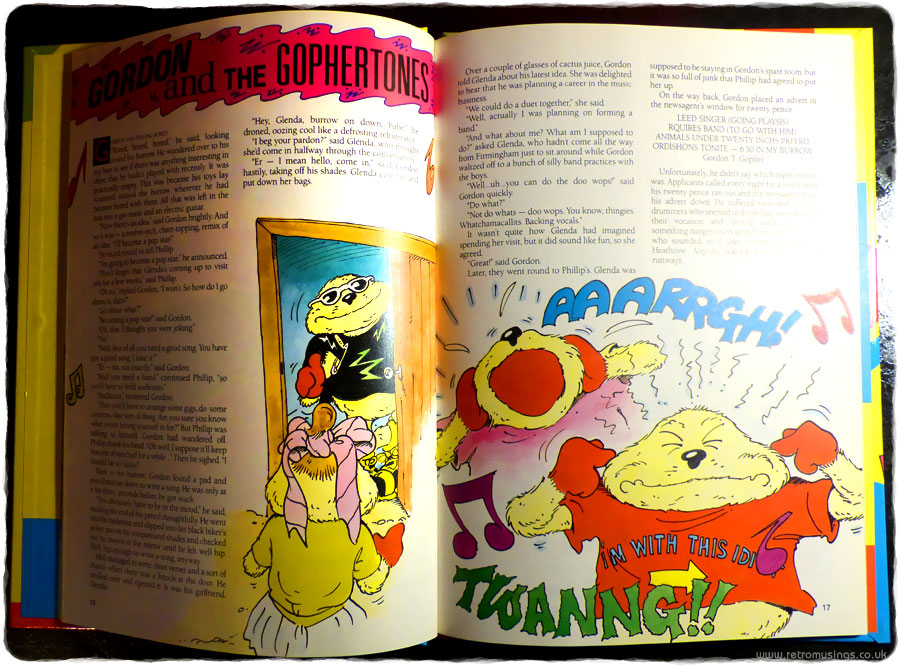 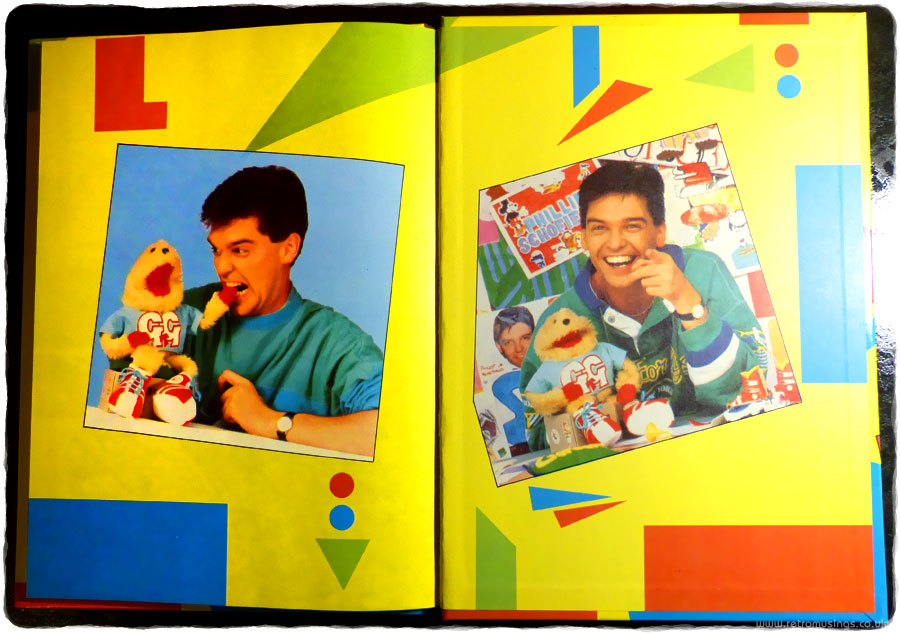 Being an old Brosette, I couldn’t resist buying this 12″ single. I still have all my 7″‘s, but never bought them at this size. It has its originally price label on (The Golden Disk £2.79), which the lady in the charity shop tried to charge me until I pointed out that it should be £1.00. 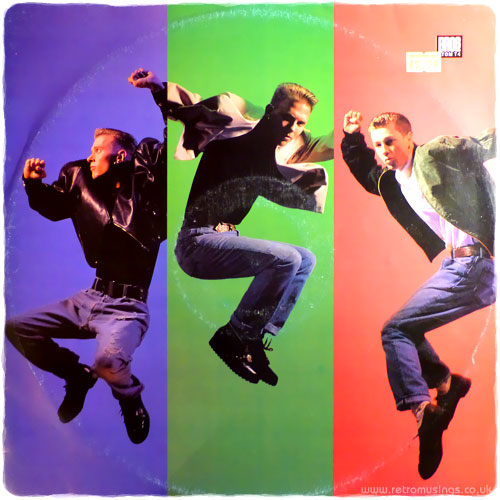 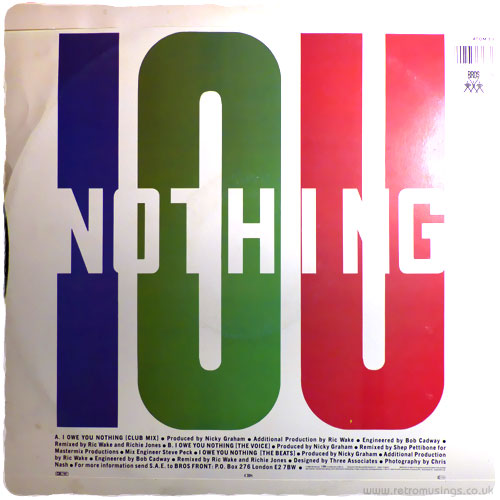