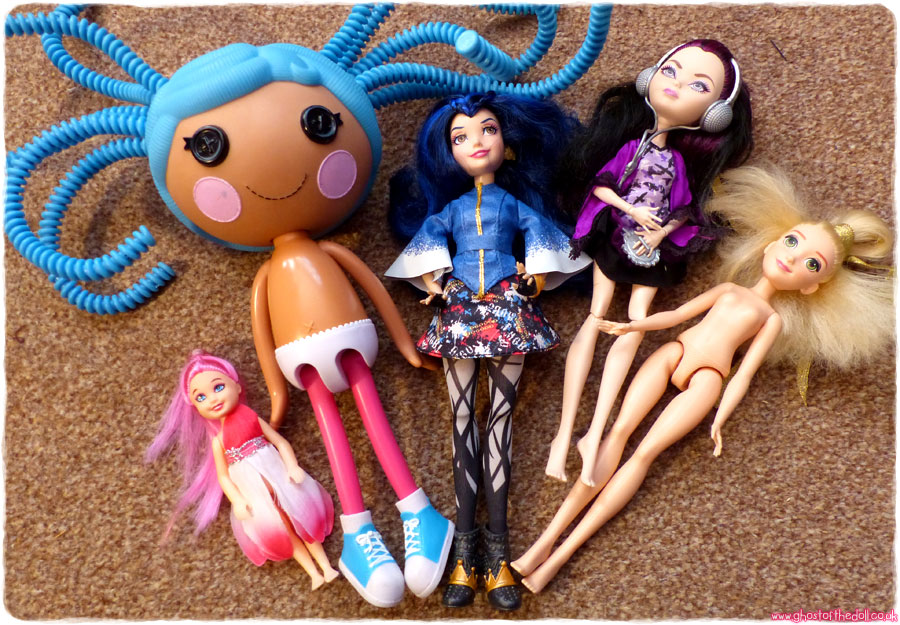 This Lalaloopsy doll had been in the charity shop for a while, but noticed they had reduced the price so decided to get her. I’m going to accessories her hair and make a new dress. 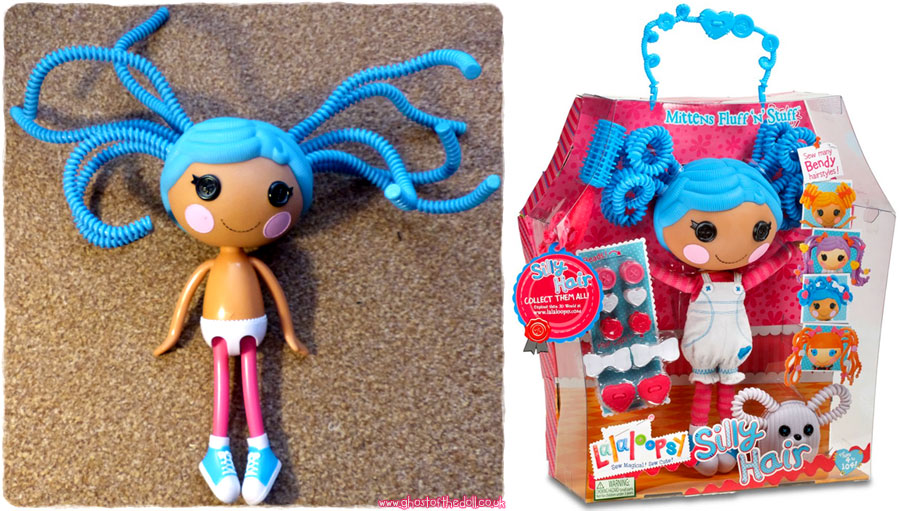 Ever After High: Fairest ~ “Raven Queen”

She was missing her shoes, so found her some spare ones. She’s also missing the loose accessories she came with, but otherwise is is nice condition. 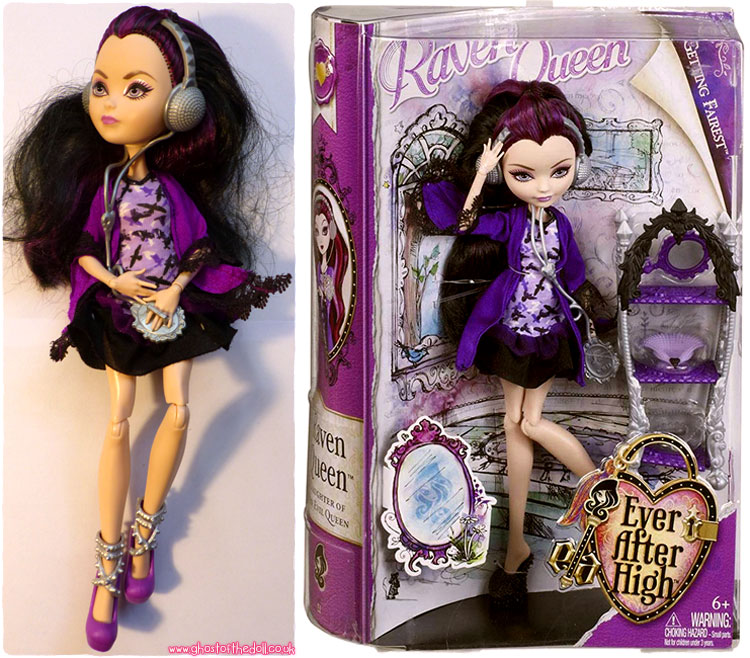 She’s missing her mirror, collar and necklace but otherwise in very good condition. I’ll keep an eye out for her collar on eBay as it finishes the outfit nicely. 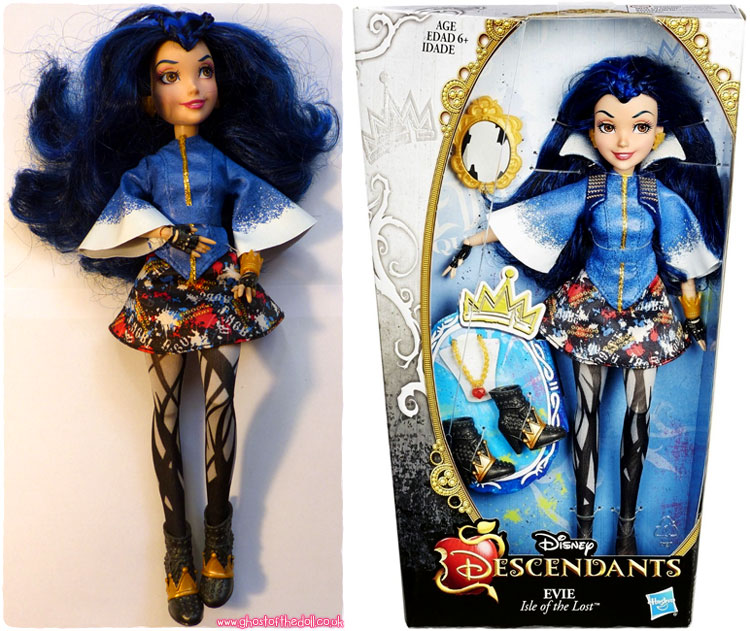 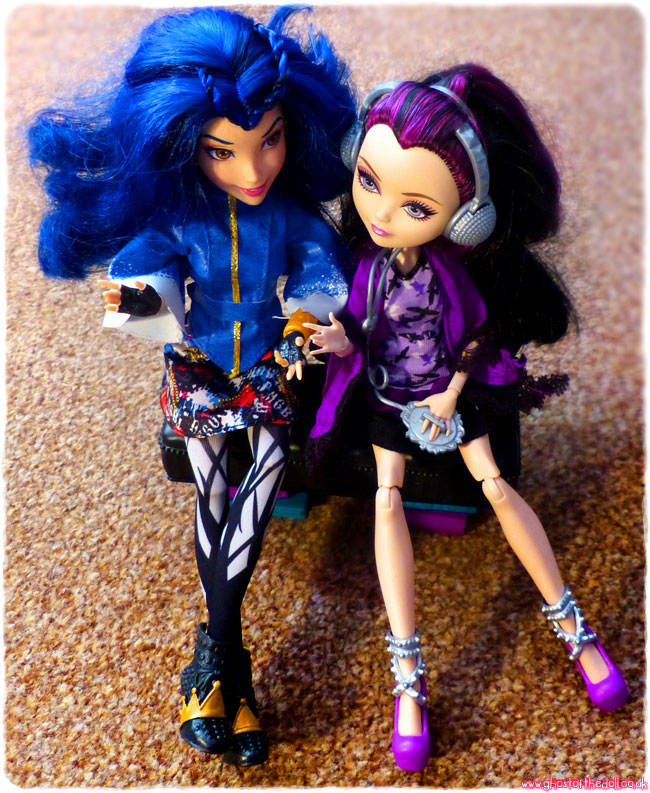 I recognised this (nude) doll as Rapunzel after buying her dress loose on Monday. Her hair is rather frizzy at the ends (hence the crazy hairdo I gave her) and her hands are a bit chewed, but for 10p it doesn’t really matter.

I took the dress back off my Once Upon a Zombie “Rapunzel” doll (whose leg promptly fell off!) to give back to its (almost) rightful owner. I say almost as there seem to be two different versions of the Royal Shimmer doll and outfit. The dress is from one version and the doll the other. 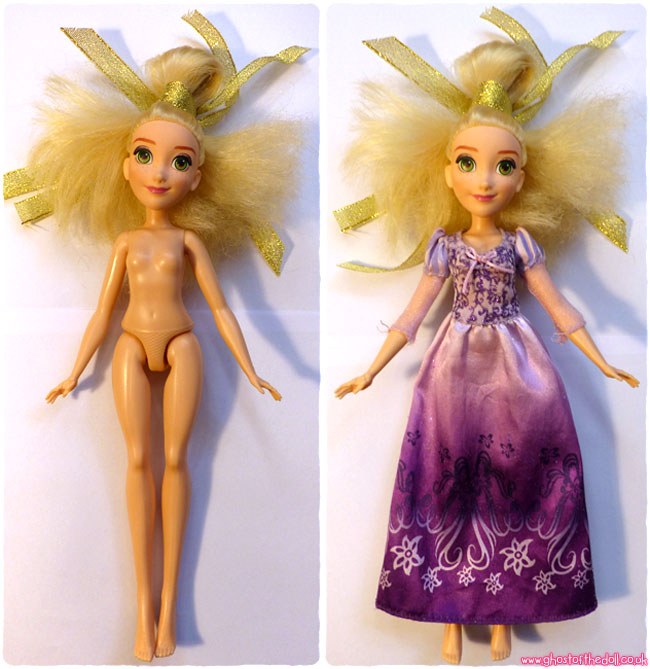 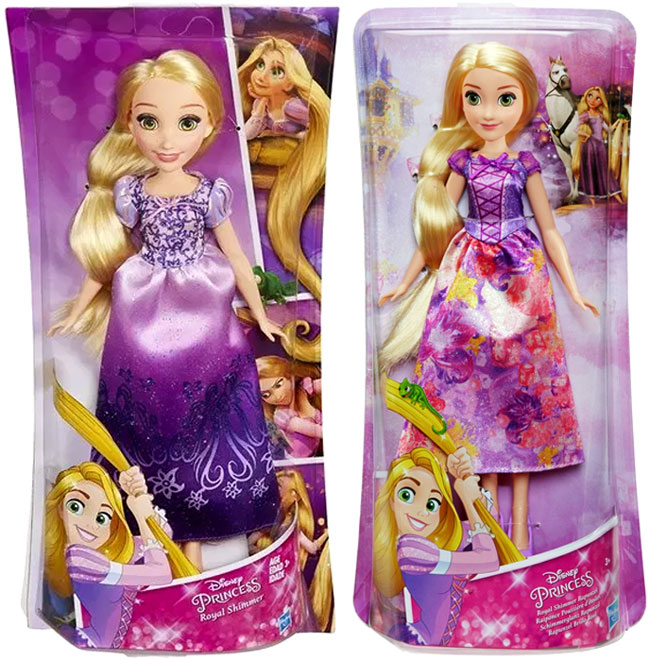 Her little petal dress needed a few stitches and I found an old plastic flower hair accessory to hide the hairband so she now looks ready to party! Her dress reminds me of Victoria Plum, which is why I bought her (plus I love her pink hair).

There are quite a few My Princess items, a lot of which look like cheap knock-off Disney Princess items. Note how the wings are actually part of the cardboard packaging! 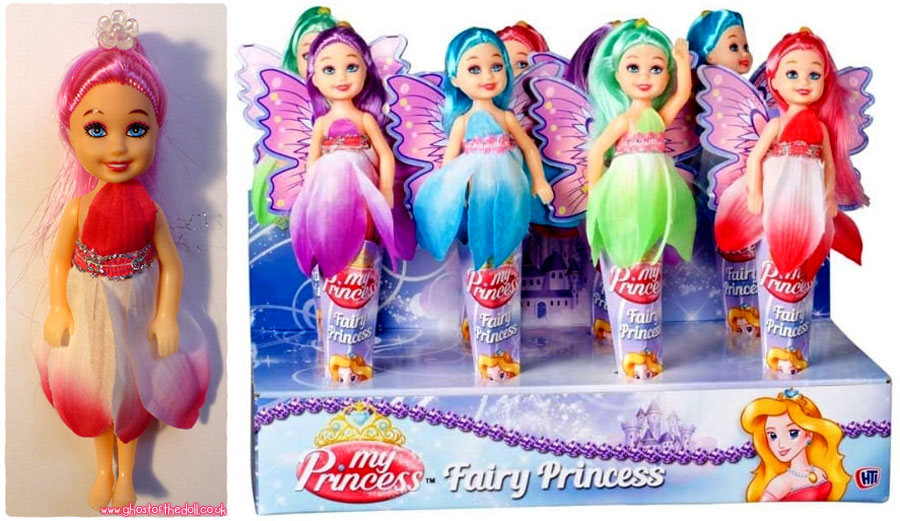