I had a go at repairing some chewed dolly hands this morning whilst I was boiling eggs to go with my soldiers. I achieved mixed results, but a definite improvement all round. The egg and soldiers were good too!

Basically, you dip the withered hand into boiling water for a few moments and the heat kind of triggers the plastic to move back into it’s original shape. It works better with some plastic than others and the type of damage. A bit of light chewing can be brought back quite well, but hands pierced by kitty teeth are never going to look perfect again.

I suggest tying hair back or even removing heads where possible (and definitely all clothing), and the use of tongs on smaller dolls so you don’t put your own hands too near the boiling water. Basically, don’t be a plonker 😉 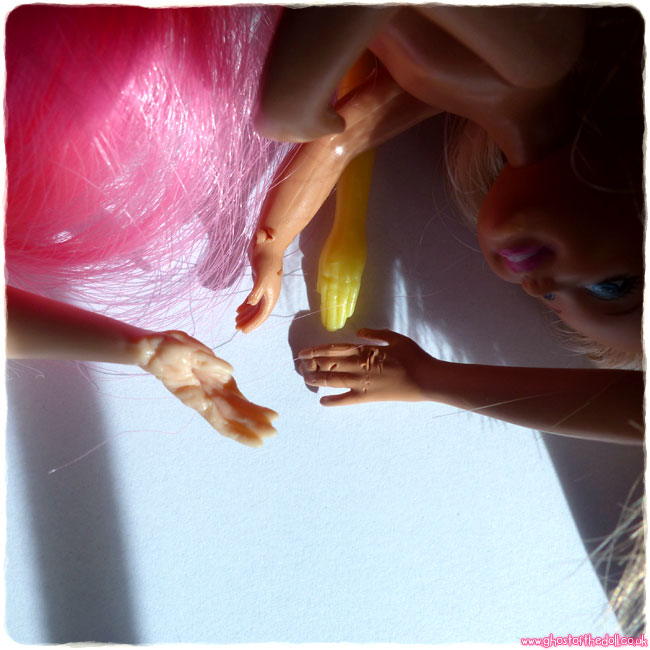 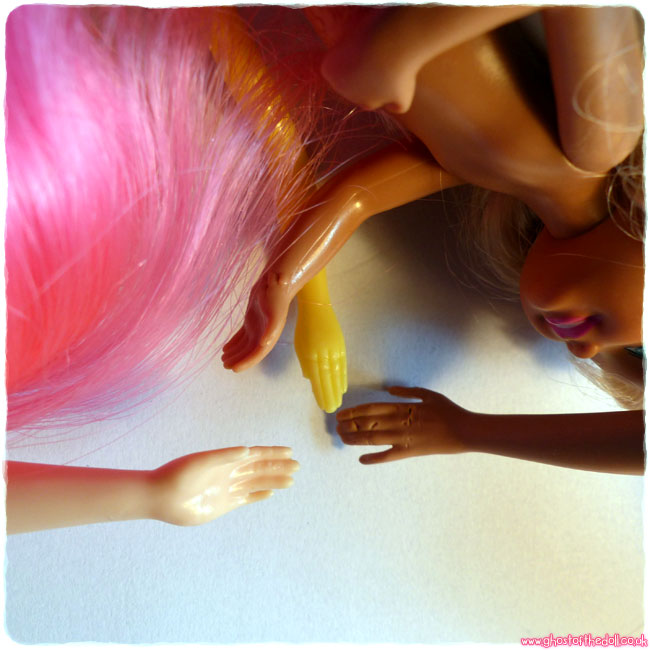 The Rapunzel doll repaired the best. The left hand has quite dramatically improved and the best result by far. 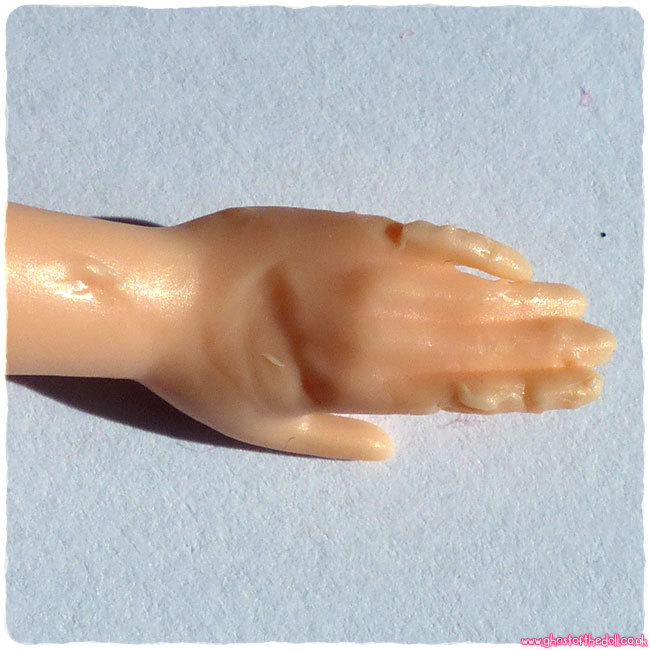 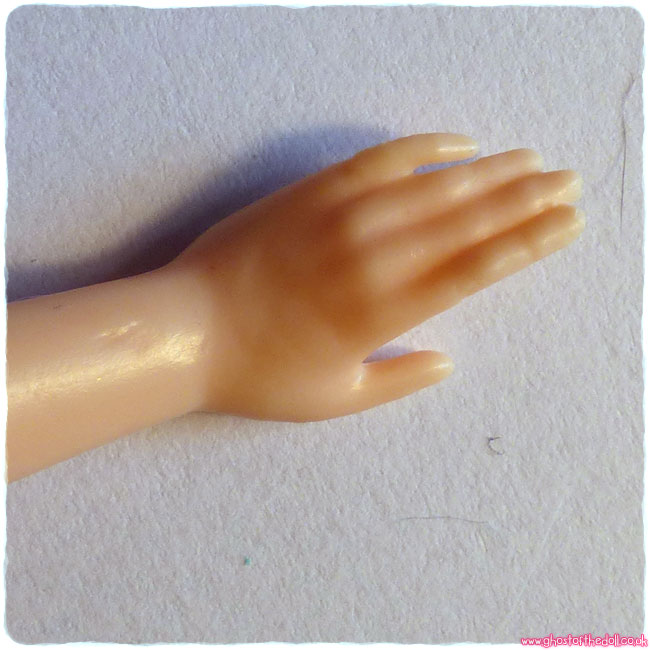 The right hand had been a tasty meal for some time and the hot water reshaped and smoothed out the wrinkles rather well considering. 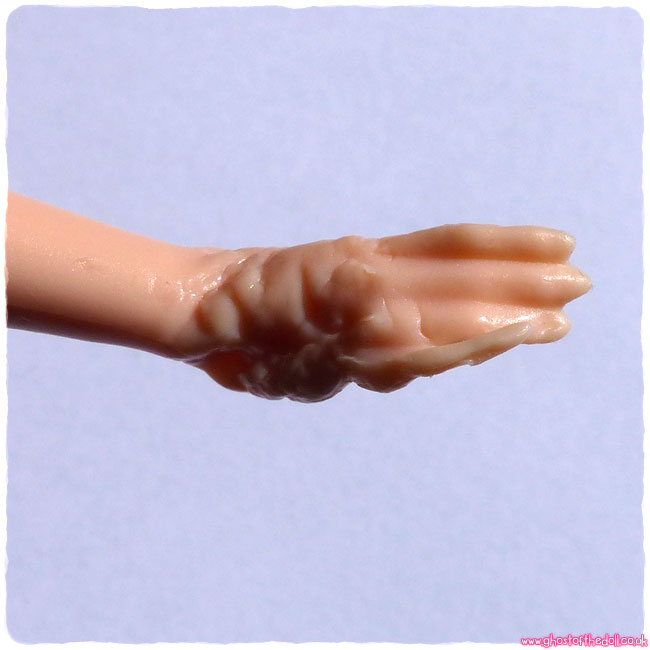 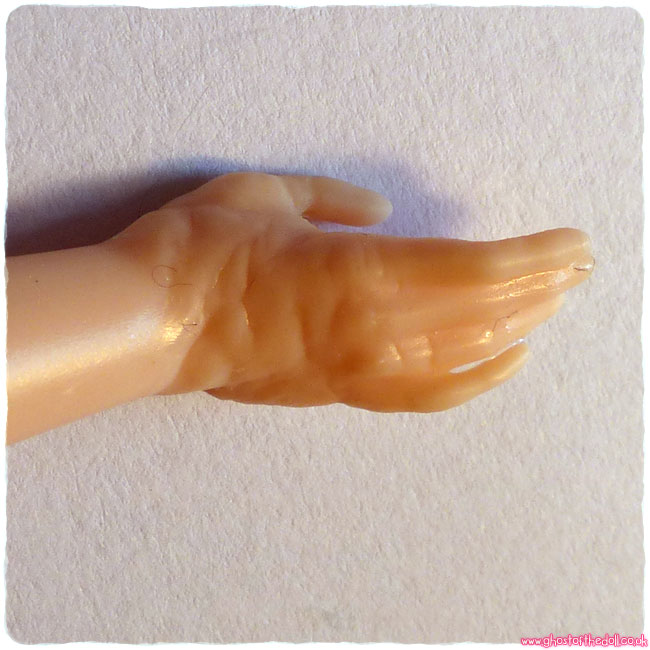 This Equestria Girls doll had a little chewing. The hot water softened the marks a little, which is clearer to the eye than the camera. 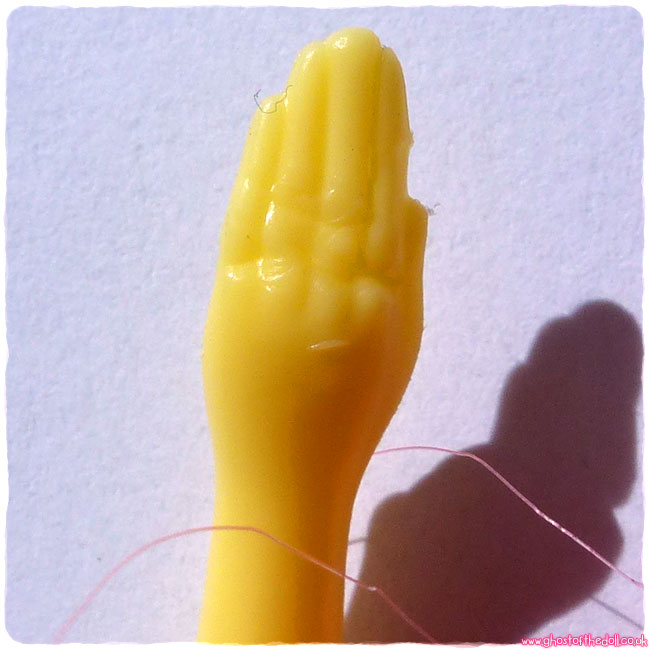 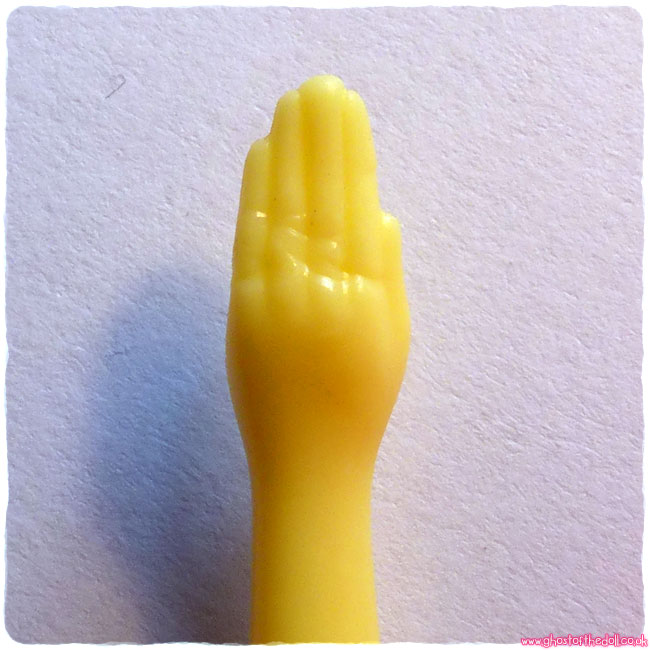 Stacie had some human bite marks, which have smoothed a little. I dipped her hand quite a few times but this is as good as it is going to get with this method. 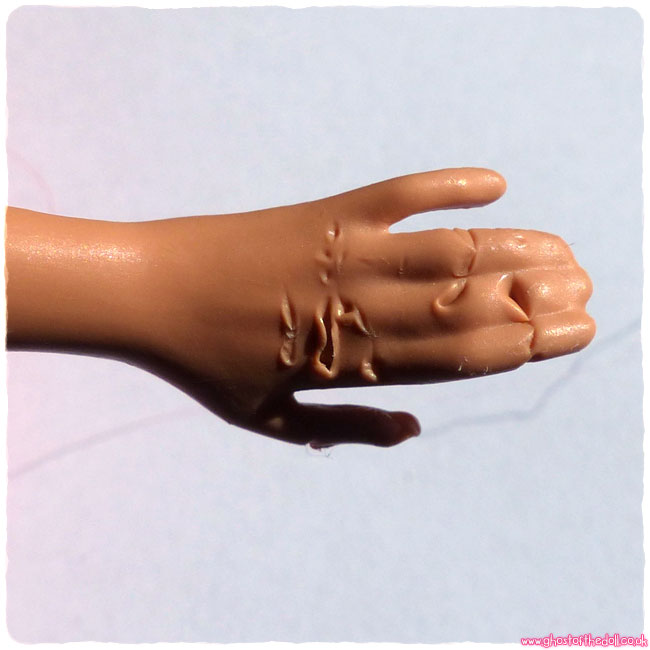 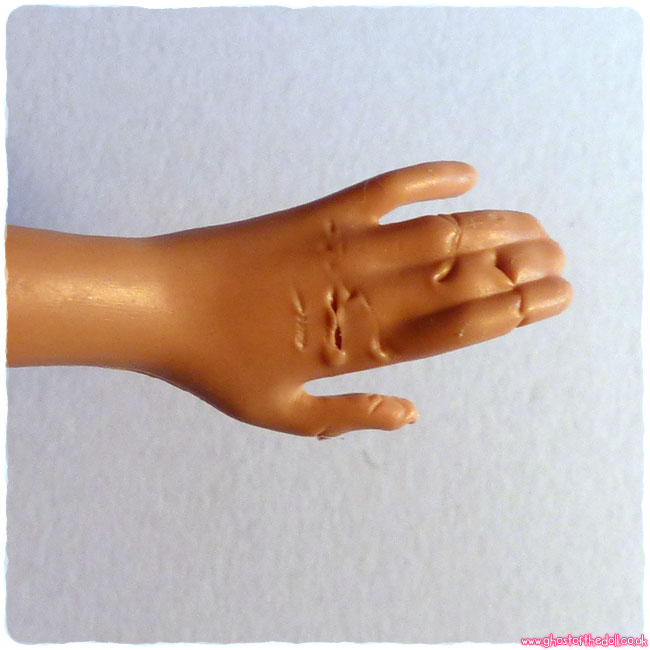 Chelsea had some nasty kitty bite marks which have definitely improved but will never repair totally. I removed her head first so as not to dip more of her than needed, and also used tongs to hold her body with. 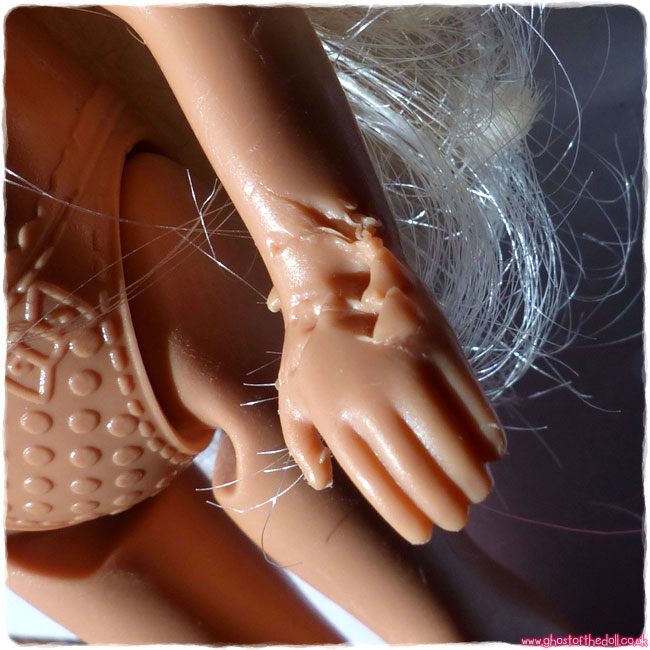 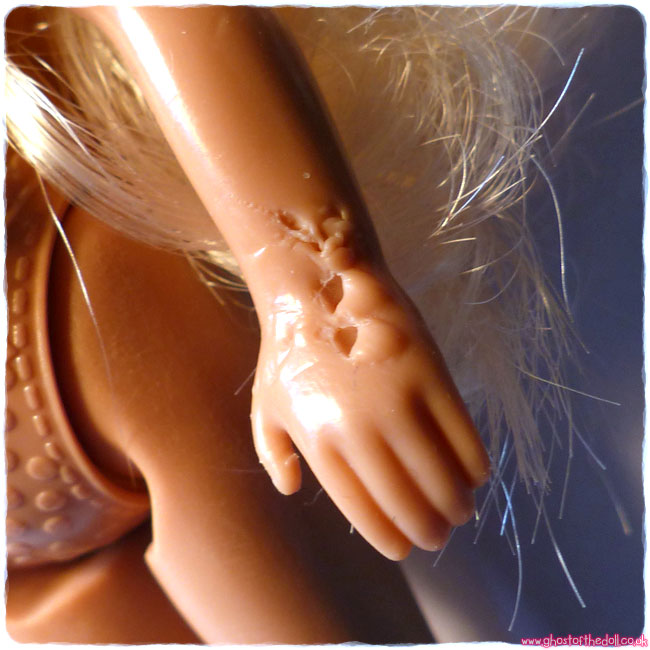 All in all I am very impressed with the hot water repair technique.