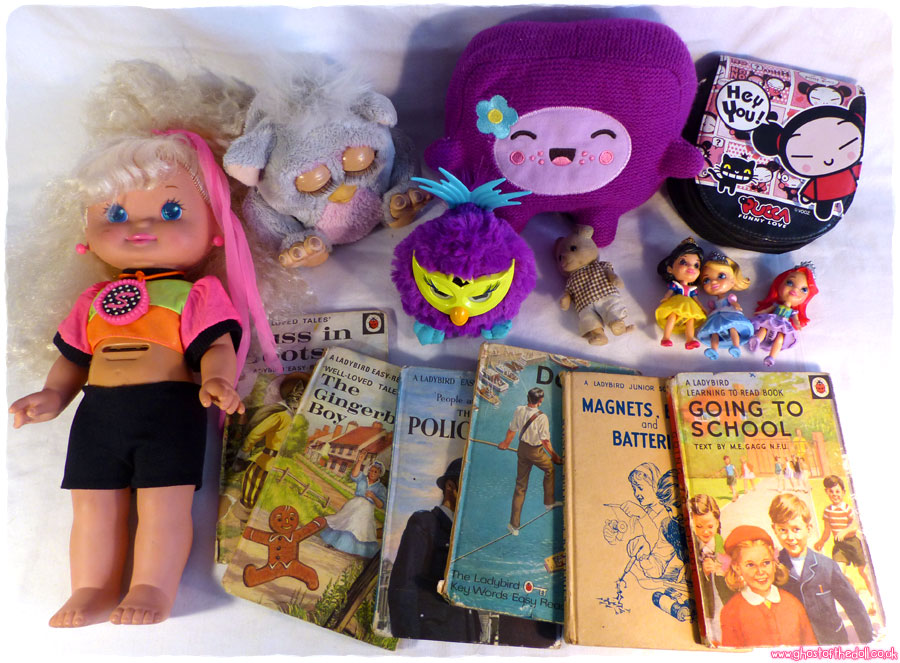 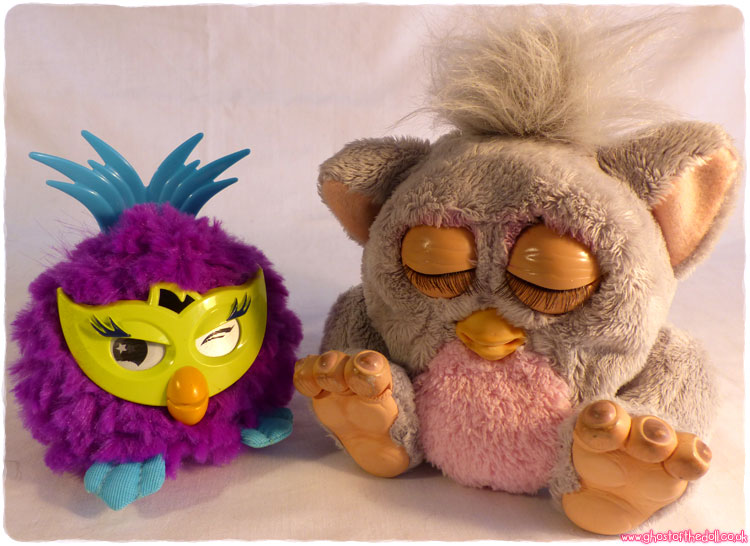 Sadly Sally she is missing some of her clothing (and all her secrets!), but still has a few original items. She was produced by Mattel in 1993, and I really should add her to my site. 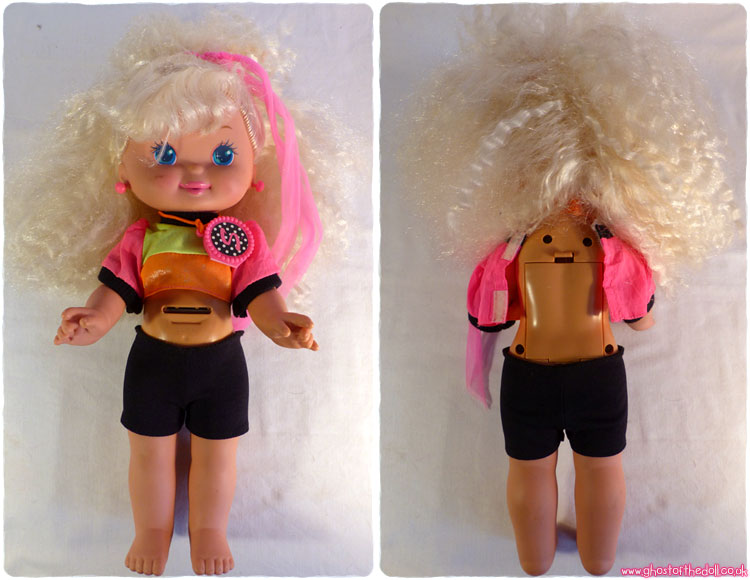 I found Snow White, Ariel and Cinderella. They are about 3 inches high. 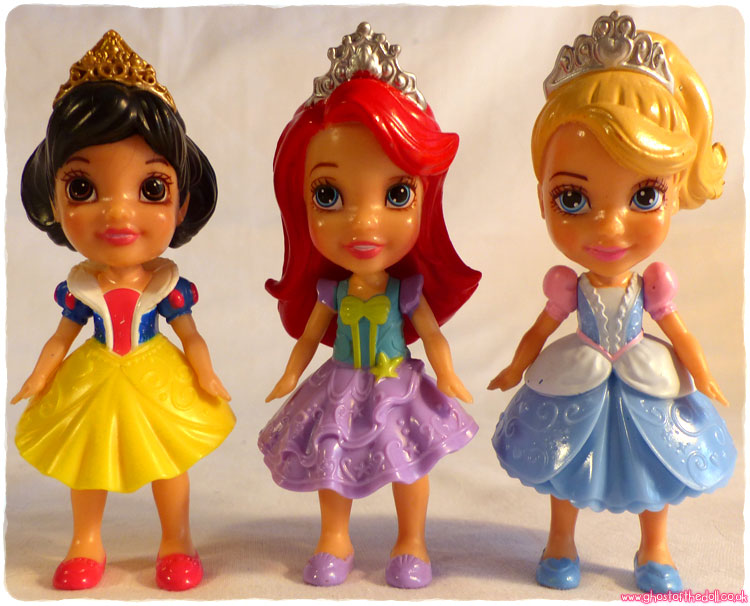 This little doggy figure is Ryan Forrester, the father from the Forrester Family. After taking his photo I realised his dungarees were on under his shirt. All his clothes have faded, and so has the patch on his face. 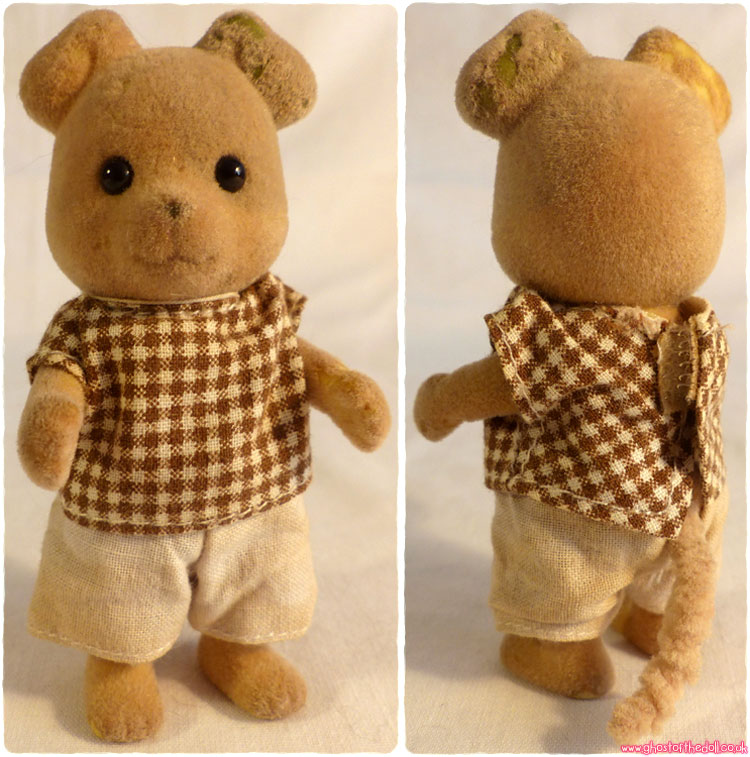 I need to put a longer strap on this little bag so I can use it, but great for 33p. 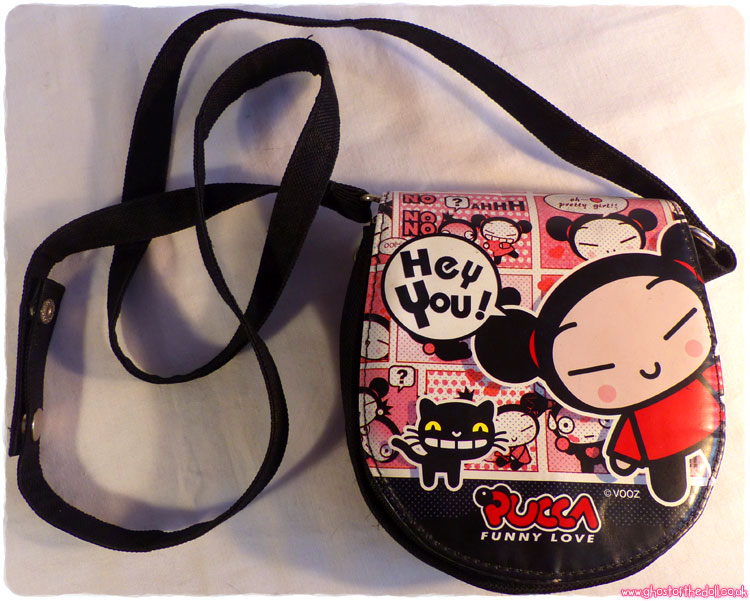 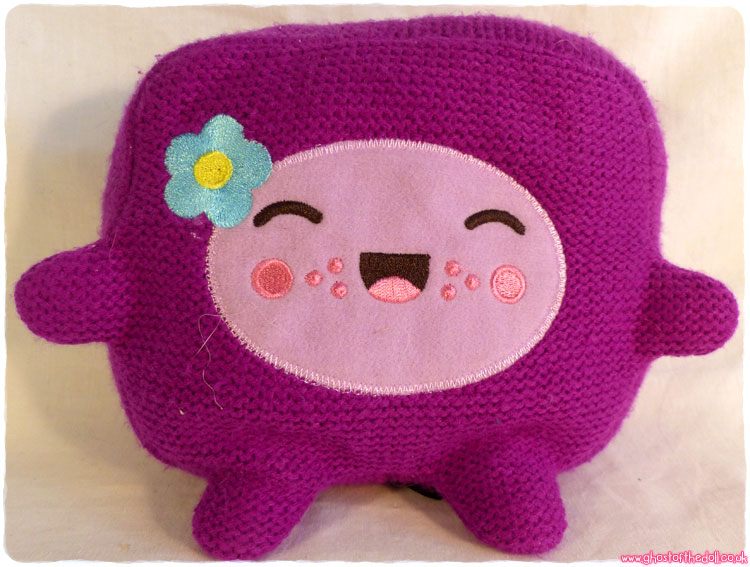 I made some badges from the wrapping paper of this line, which are available to buy in my shop here: 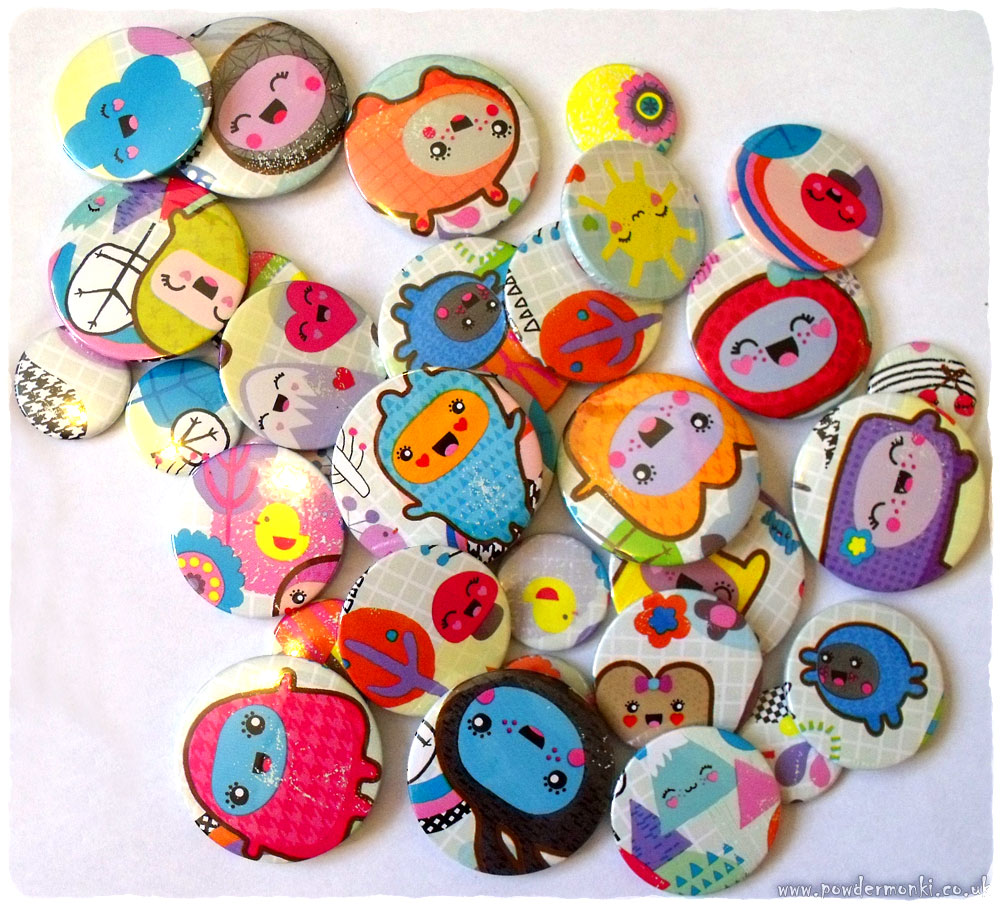 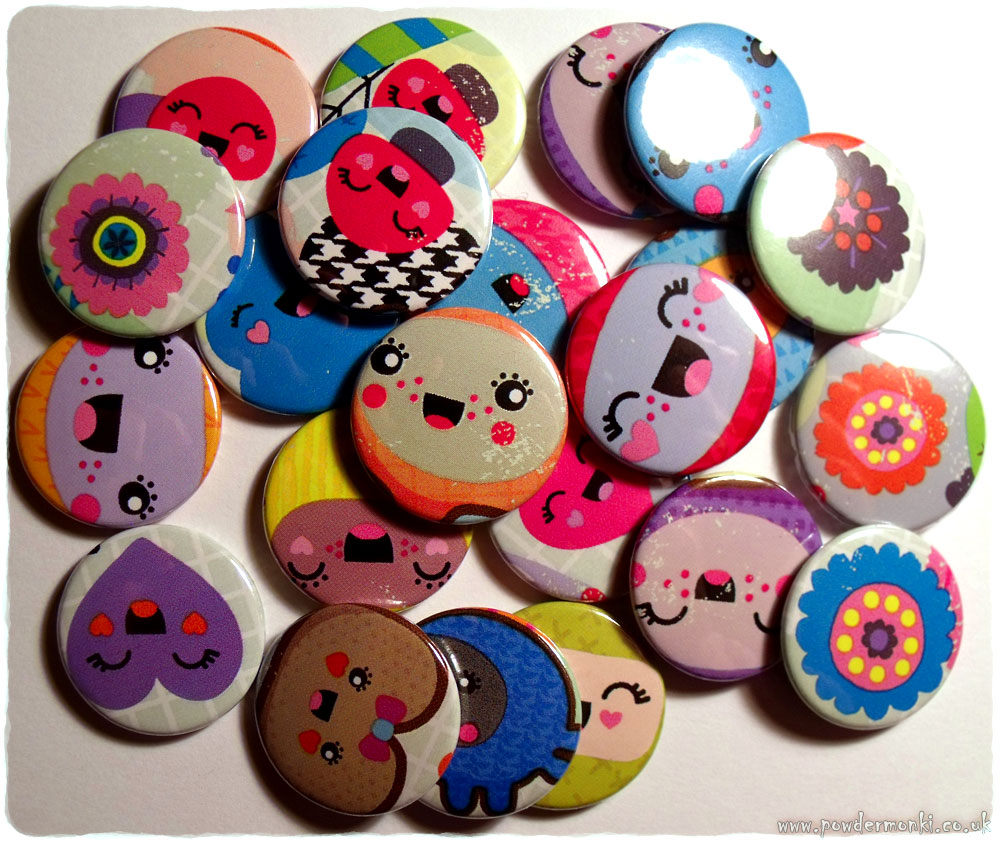 I spied a little pile of old Ladybird books and chose these six (the ones I left were mostly all biblical).

Learning To Read ~ “Going To School” 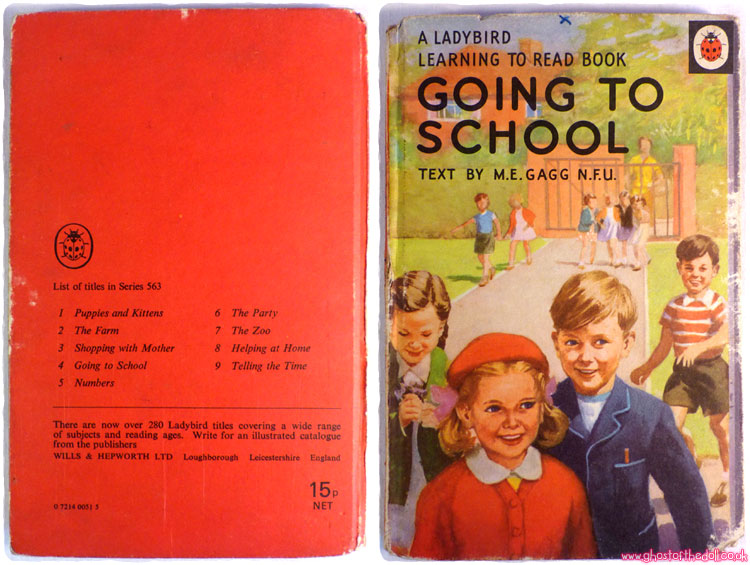 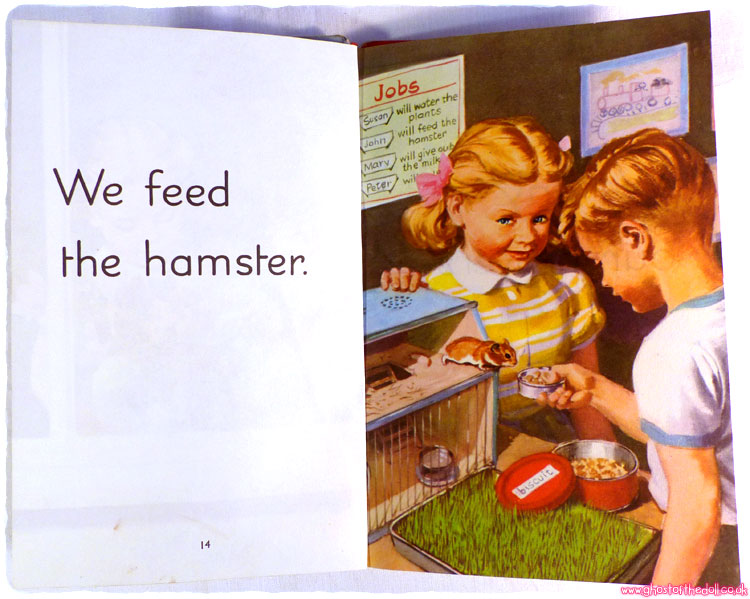 This book has lost its dust cover, which was originally published in 1962, with this being printed between 1963-65 (buff coloured boards with the logo on a plain back). Inside there is a school stamp from 5th March 1965, so assuming it was new when they bought it, I would date this book to 1965. 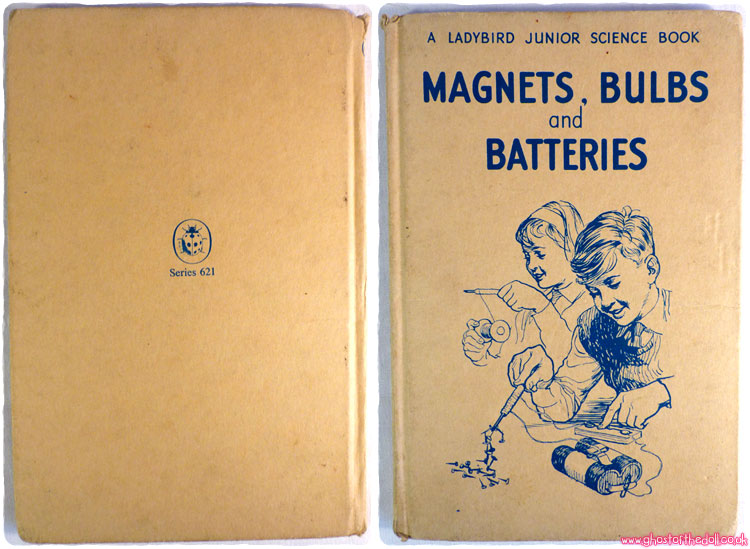 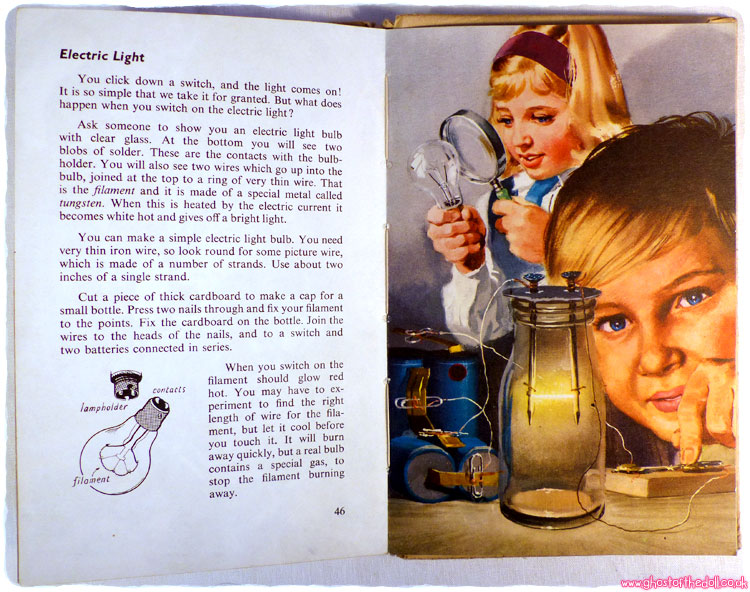 The price of 2/6, 12½p on the back cover and only two books in this series listed inside (this one being book two) make this a first edition from 1970.

The mark over the original price was where the “revised price 15p stickers were stuck on from June 1971 on previously printed but unsold books. 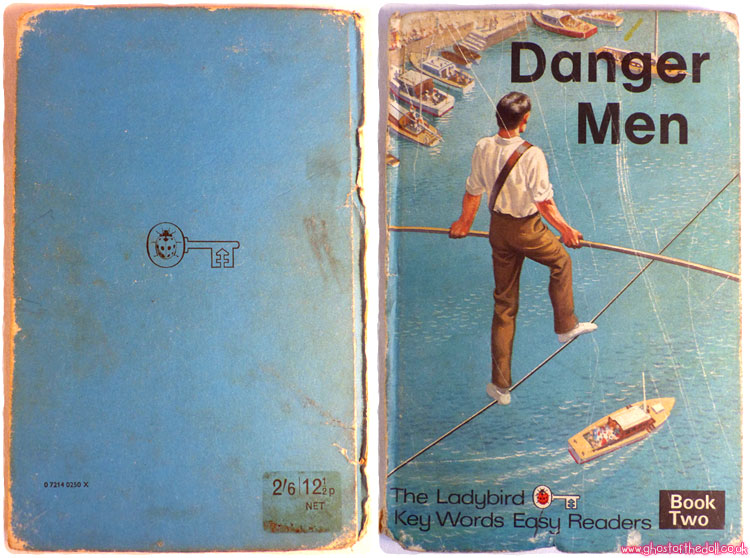 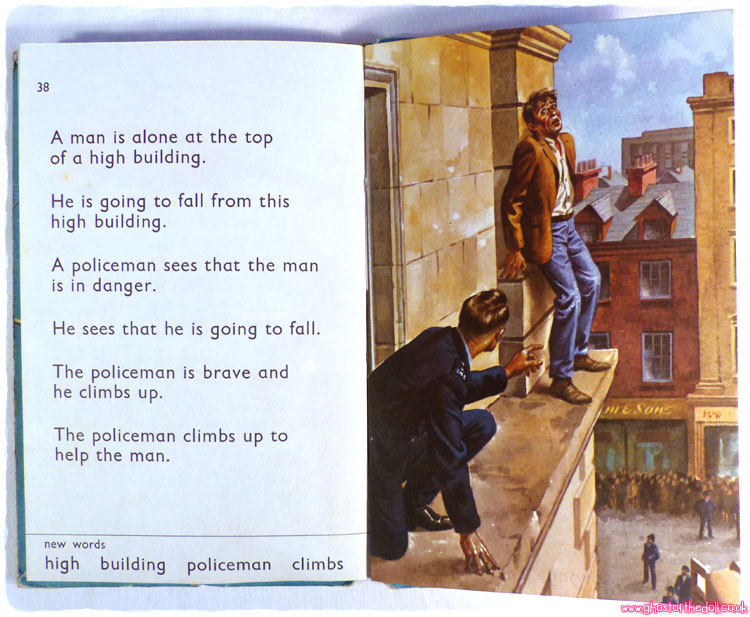 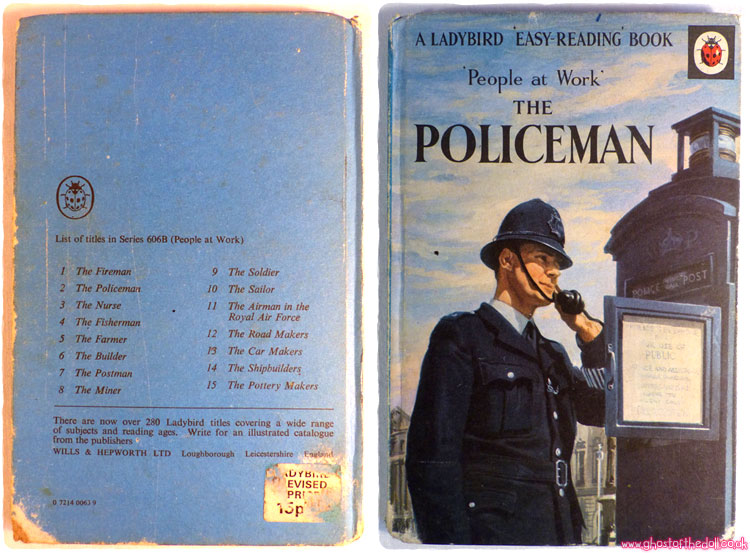 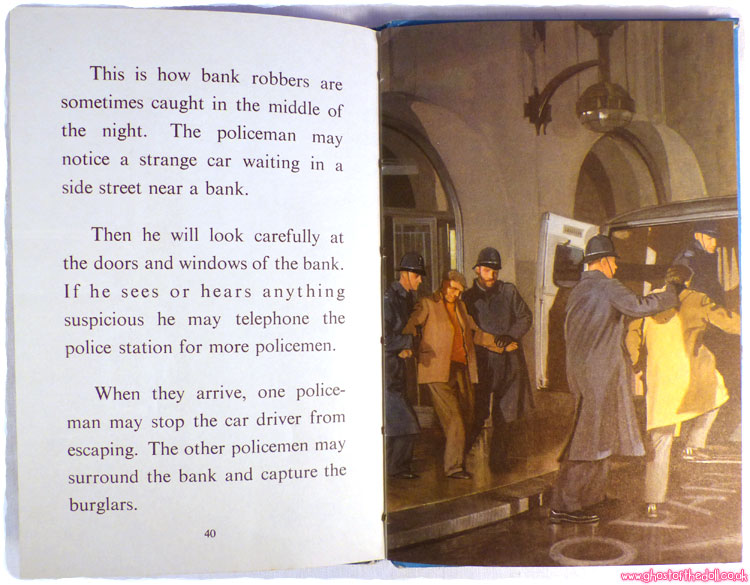 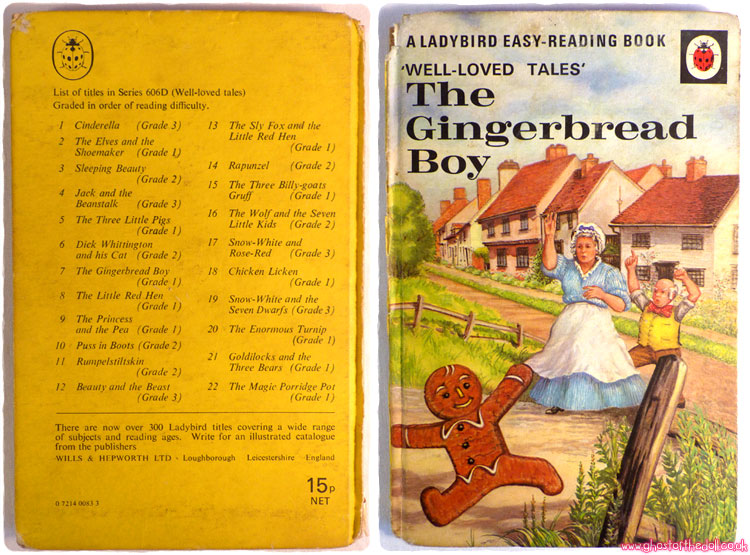 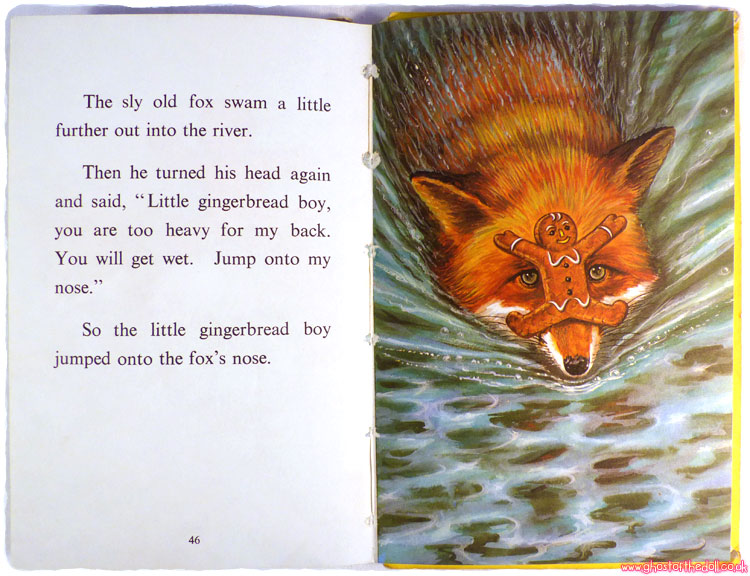 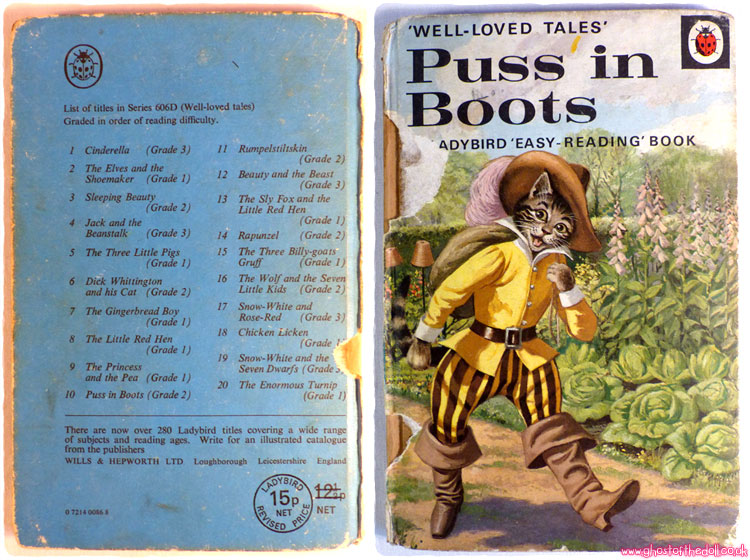 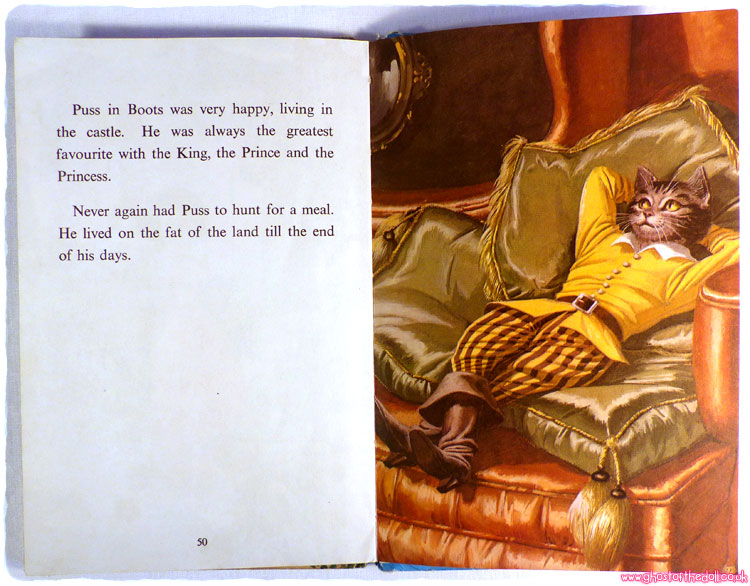