The Classic Toys stamps were released in August 2017 and feature ten different British toys, many of which I owned (a few I still do).

I was a big Sindy fan, and my brother had several Action Men in various states of health. We had Stickle Bricks as small children, and I recently bought my little nephew a set. Fuzzy Felt was a family favourite, a creative toy I have managed to collect a few old sets of over the years. Spirograph was good fun, but I never knew what to do with the mounting piles of drawings! I think our neighbours had Meccano, and they definitely had a Space Hopper. 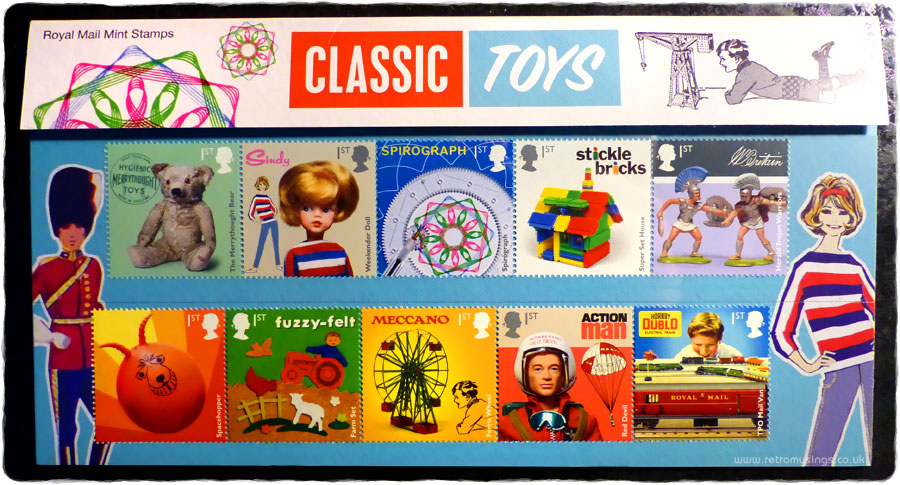 The pack explores the origins of the British toy industry, and has a little write up on each of the ten toys written by toy expert David Smith. 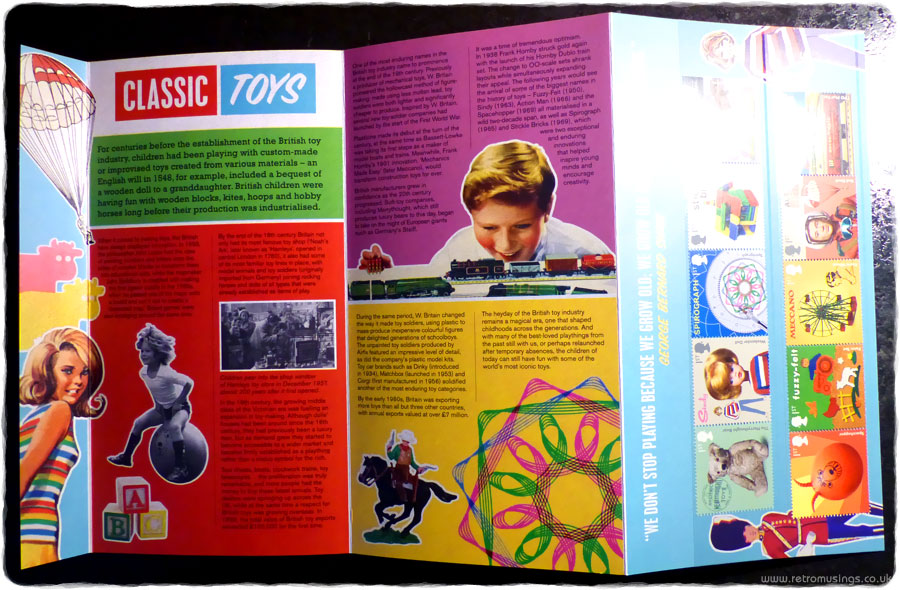 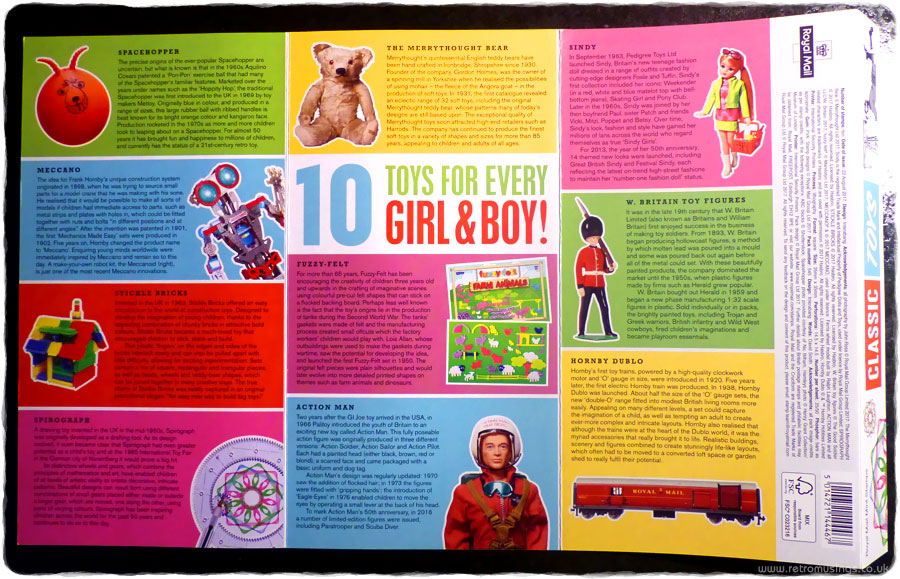