Half term week meant lots of pottering around and lots of charity shop finds. It’s a good job I am about to put up some more shelves as I’ve run out of room! 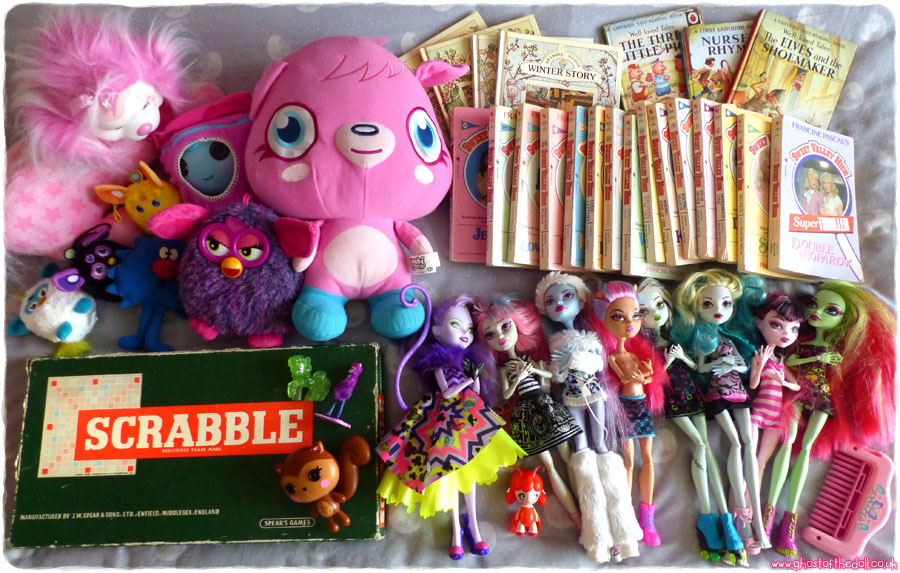 Monster High & Ever After High

I found seven MH and one EAH doll, all in the same shop (there were a couple of other EAH and MH dolls, but decided not to get them). The dolls were bagged up in twos and threes with other dolls, but the shop agreed to re-jiggle the bags so I could buy just the dolls I wanted.
I also bought a large mixed bag of accessories  as I could see several MH shoes and a few bits of clothing in there (mostly for the dolls I bought, so very glad I bought it). 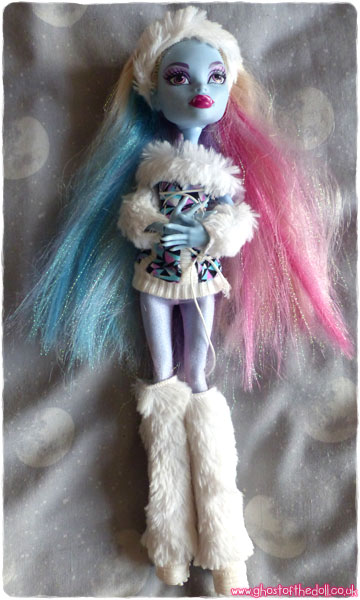 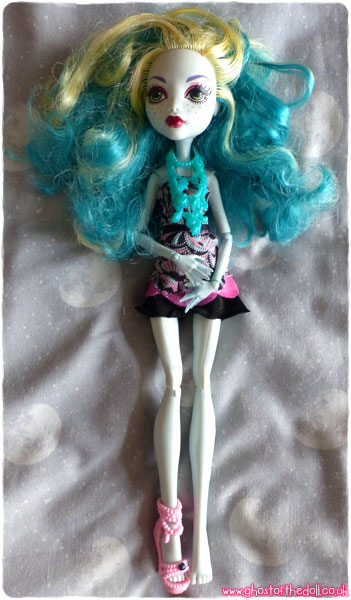 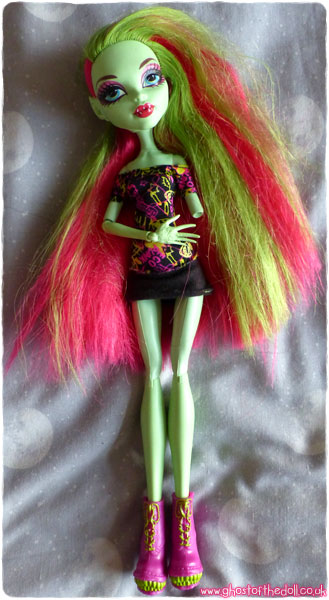 I debated whether to buy Draculaura‘s missing “Skull Shore” shoes and sarong, but I don’t really like her outfit so swapped it over for the Equestria Girls dress I found a few weeks back (and EAH shoes). 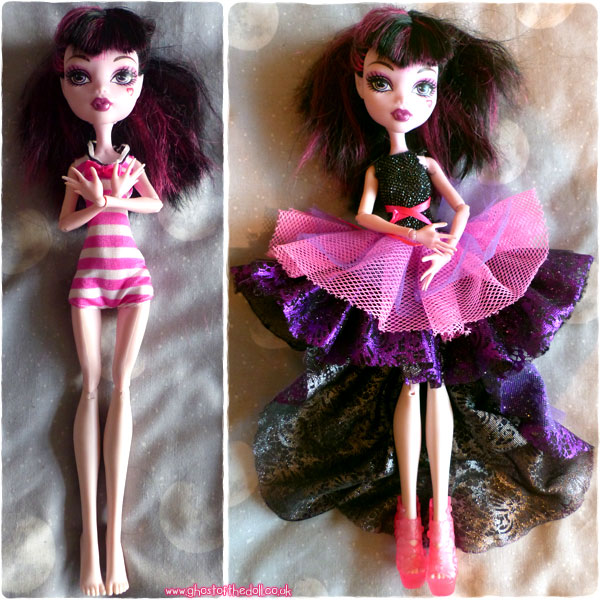 Also in the bag of accessories was Clawdeen Wolf‘s “Freaky Field Trip” outfit (one of the dolls I decided against as she was naked (damn!)). I took the Equestria Girls dress above off the Clawdeen doll I found a few weeks back (she came wearing it), and redressed her in the new outfit (plus a Barbie head medallion which matches her hair), so it sort of worked out OK in the end! 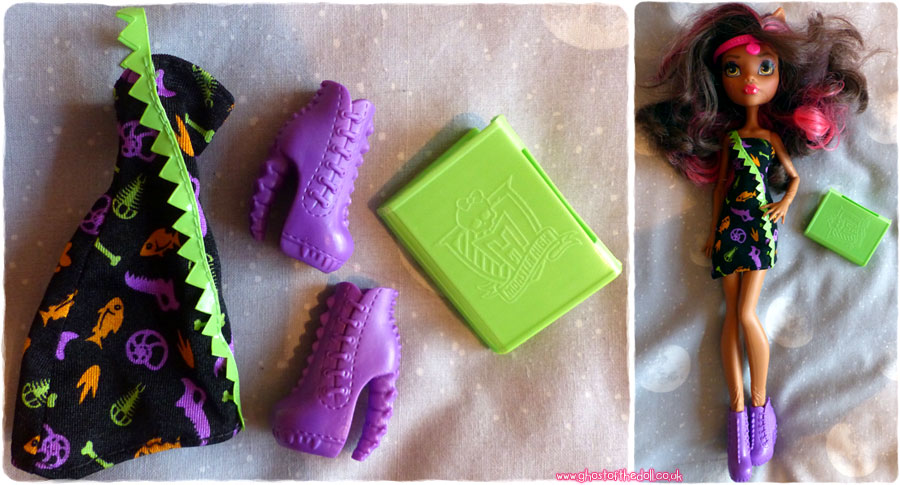 The bag of bits contained several other items:

Ever After High “Friends Ever After” Apple White’s skirt, tiara, necklace and one shoe. She was in one of the doll bags I didn’t buy, as was Raven Queen whose tiara was also in the bag of bits. They are just basic dolls, so no great shakes not buying them.

I am going to keep the Monster High skirt (Build A Monster), a Steffi Love top with Hello Kitty on, a small top with a panda on, a pair of Barbie boots and a Barbie guitar, two pink bags, a pair of white leg or arm warmers, a pair of purple scissors and a purple ballerina dress (top left picture).
The two tops I have put on a couple of nude Jem dolls for the time being, the boots on an old Wonder Woman doll who has no feet, and the ballet dress on my nude Active Sindy doll (who has been without clothes since sometime in the 1980’s).

Other items in the bag included a Happy Birthday Barbie dress, a blue dress, purple skirt, striped top and swimming costume. There was also several other little Barbie and Steffi Love items and a few odd shoes, tiaras and brushes. These will go back to a charity shop in due course. 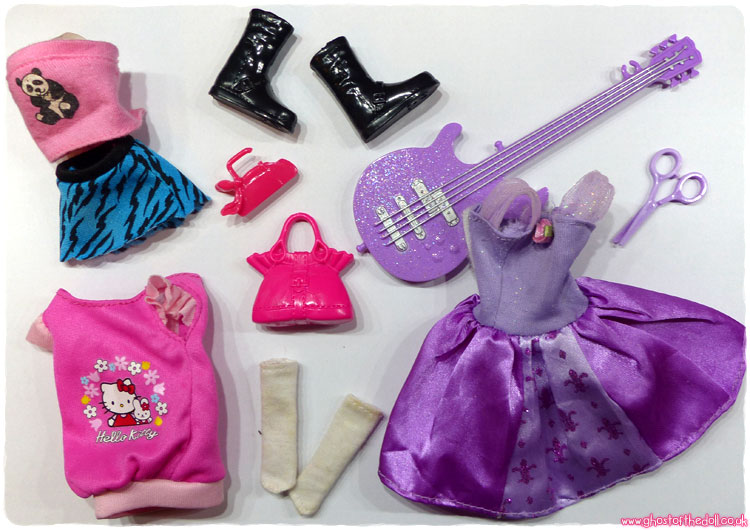 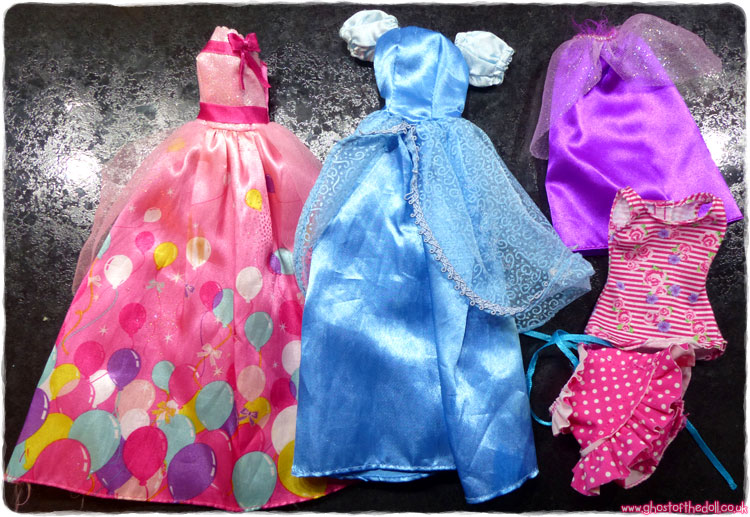 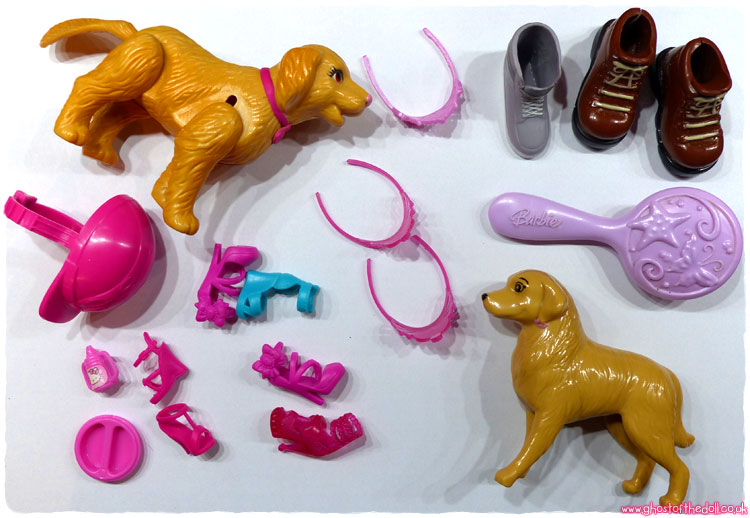 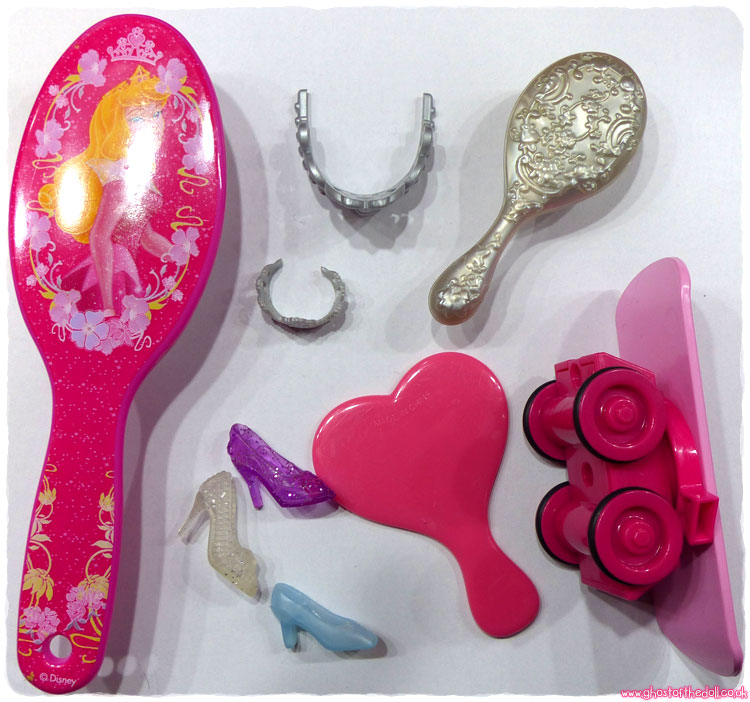 I found a plush Furby from 2013 by Famosa, two 2016 McDonalds Happy Meals toys and one from 2013. The yellow one I needed to find, and these are the first 2013 McDonalds and Famosa plush toys I have found. I already have the black one, I just like it! 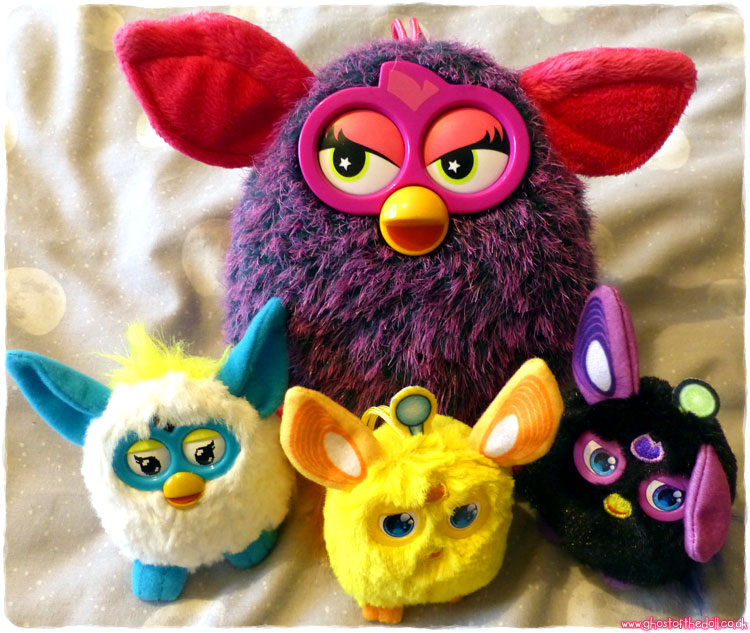 Moshi Monster “Poppet” is the same large 17 inch size as the Katsuma I found a couple of weeks back.

The re-issue Puppy Surprise is called Luna (no puppies inside).

The Lalaloopsy doll is from the Littles line and called Fairy Lilac, and came with her sleeping pod. She’s very cute! 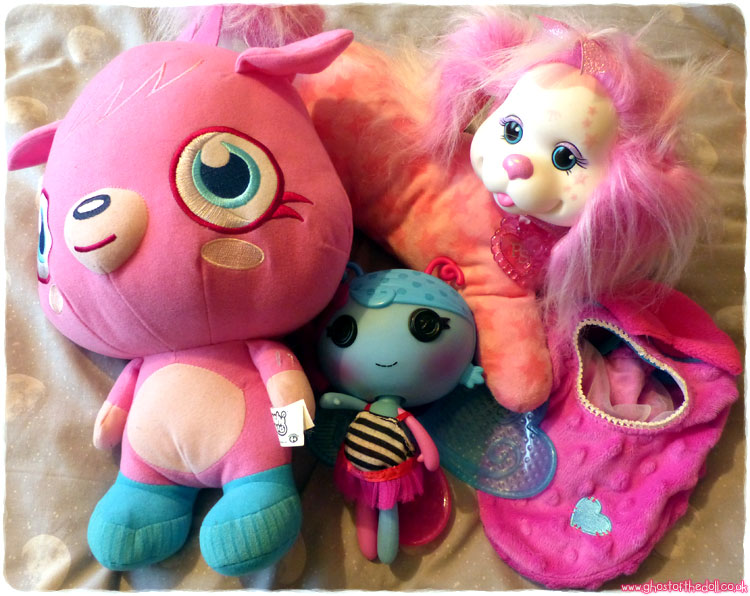 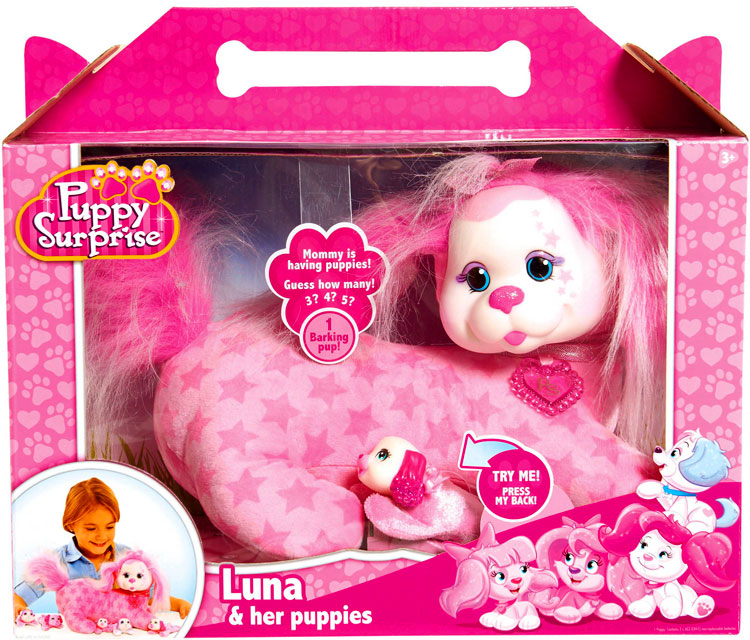 The comb is actually part of a Sweet Secrets “Comb-Bed” set (second Galoob release). It’s missing the handle/bed section (and of course the doll).

I found the little glittery My Little Pony figure on a wall in my street (it had been there all week so decided to give it a new home). She is called Green Jewel and was sold in blind bags. This one was part of wave 10 from 2014.

The tiny Equestria Girls figure came inside a Kinder Surprise egg in 2015. There were 4 girls and 4 ponies.

The little red ladybird is a Glimmies character called Dotterella, and she glows.

Mr Sneeze is a McDonalds Happy Meal toy from 2000 and his voice box still works (he sneezes). I used to find these everywhere a few years back, but not any more. 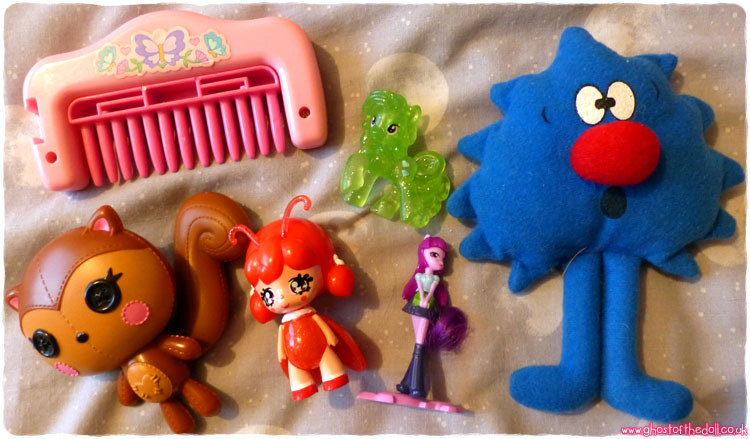 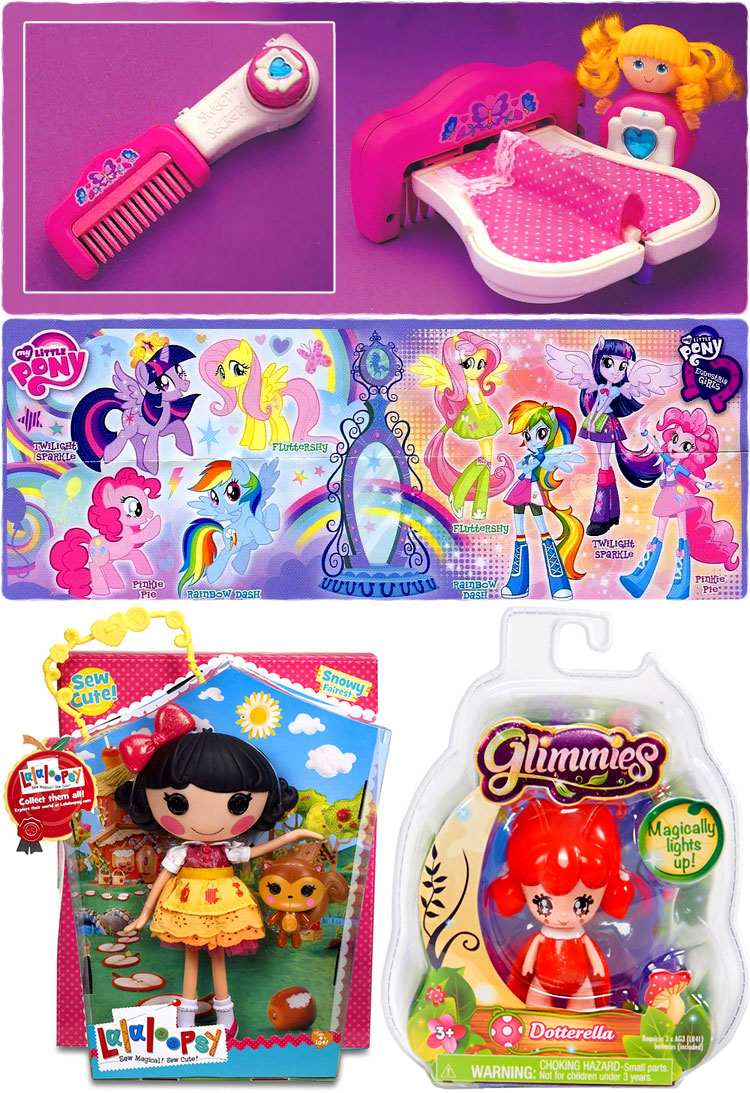 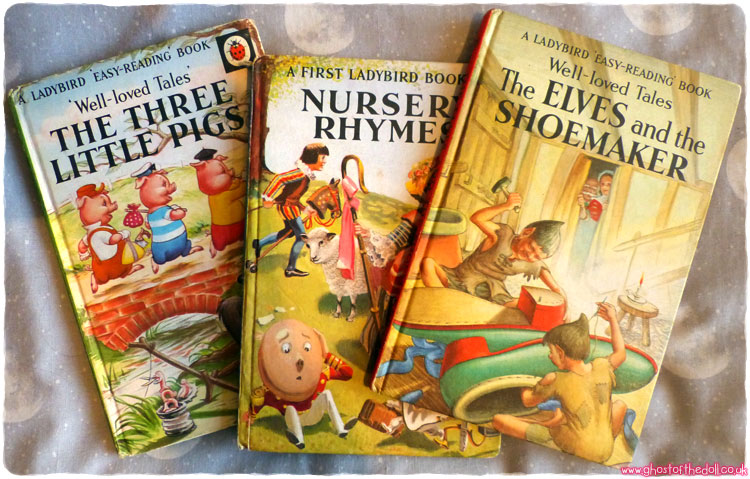 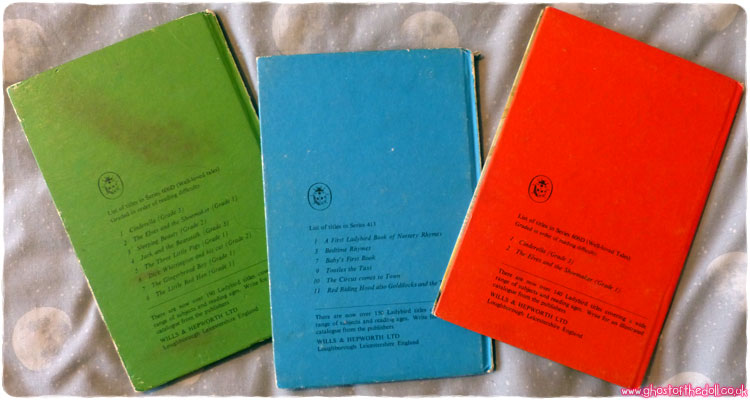 There were three other titles, but decided on these four as a set. They have such lovely illustrations and remember loving them at the time too. 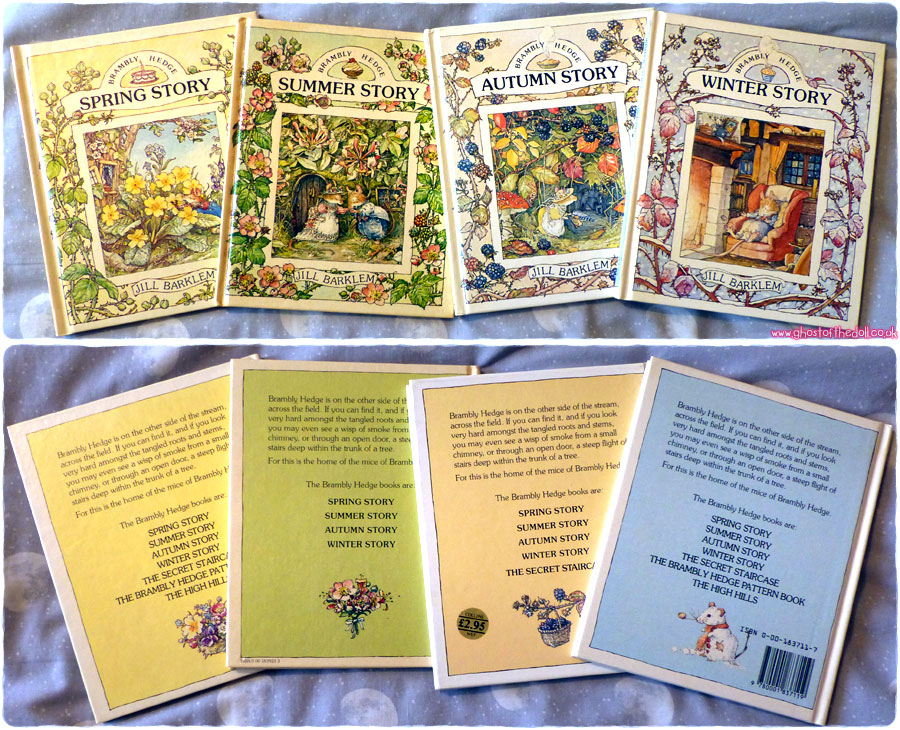 I had a few of these back in the day. The covers are great, the writing not so much! I definitely had “Secrets” (book 2), as I remember the cover. 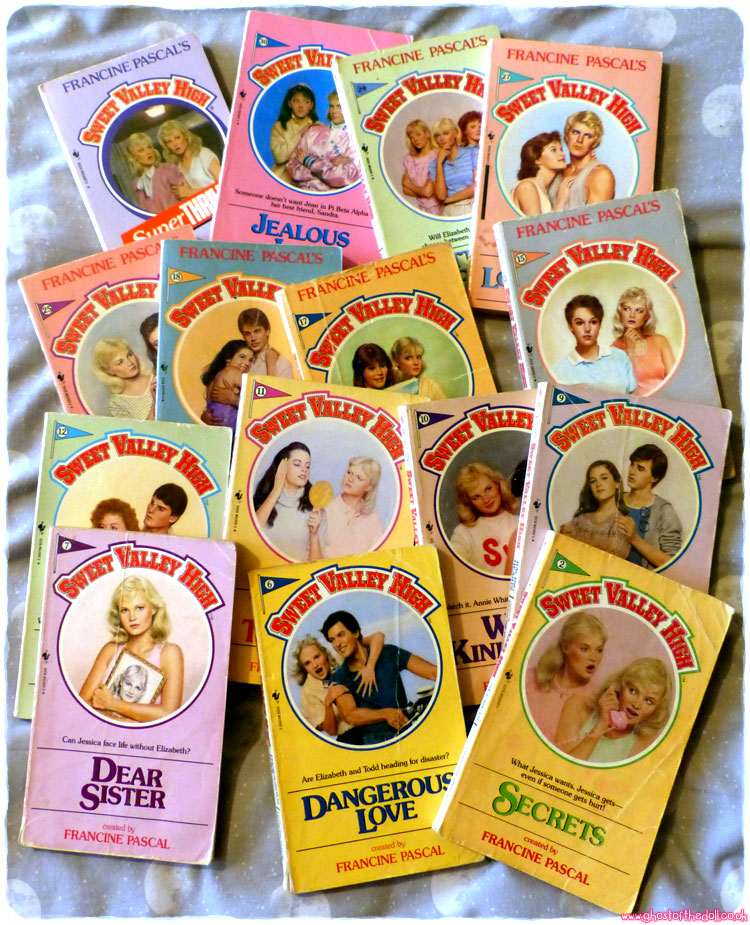 Although I recall nothing about the TV series (1994-97), I totally remember the theme tune so must have watched it whilst at University!

I lovely old version from c.1955 and a game I didn’t have. I bought a box of vintage scoring racks in an auction last year, so this fits nicely with it. 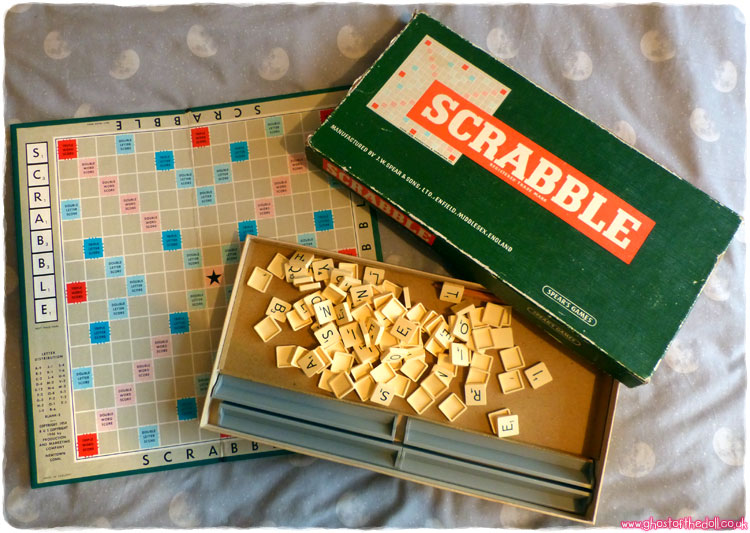 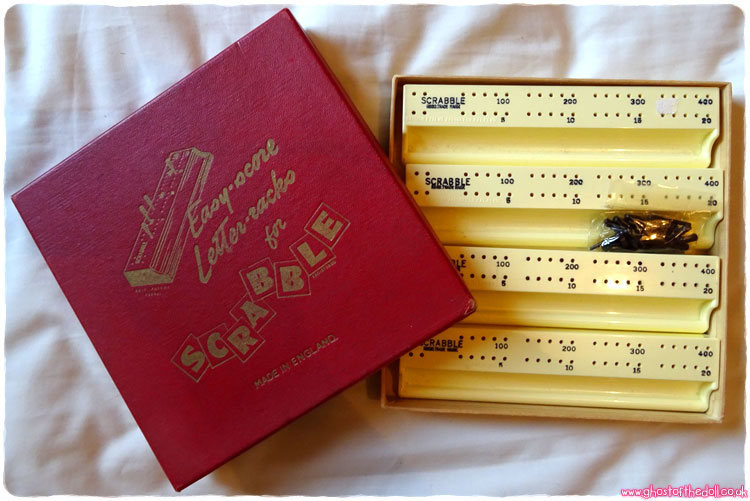