I had eyed this Disney Tangled “Rapunzel” toddler doll a short while before buying her, but decided against her at the time as I thought she was a bit over priced for a doll with such a mess of quite literately tangled hair. Then when I went back into the charity shop a week later I found she had been reduced so bought her along with three modern Polly Pocket dolls, a Shopkins character and another couple of little unknown toys, then set to sorting out the birds nest on top of her head! 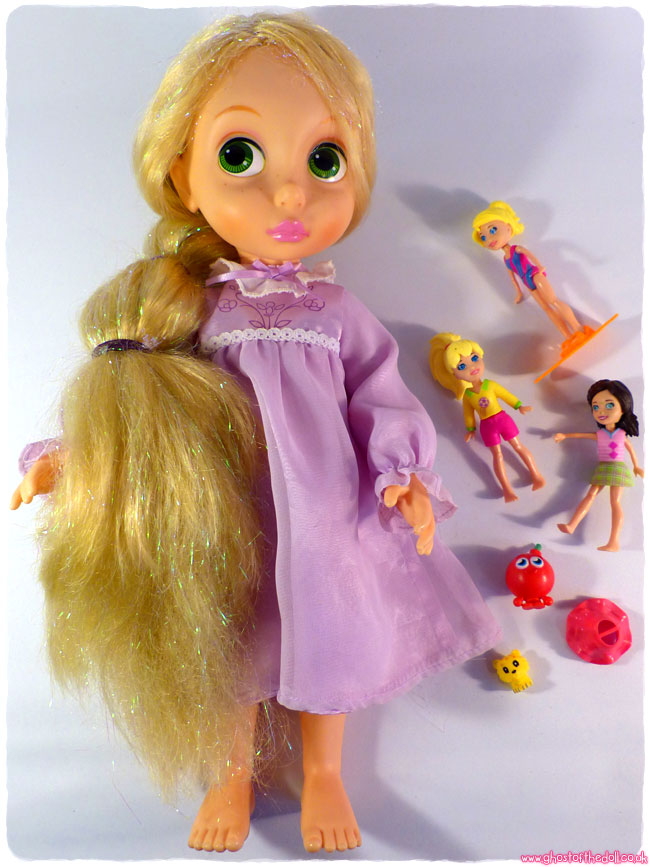 Rapunzel’s hair was a real mess and it took me five solid hours to get it looking like it does now. I didn’t think it would take so long, but being so long and thick it kept matting up as it slowly combed it through.

Bacchus helped by taking over the towel, then going to sleep. I brushed her hair in small sections, then twirled them to keep them out the way, which looked pretty cool while drying! 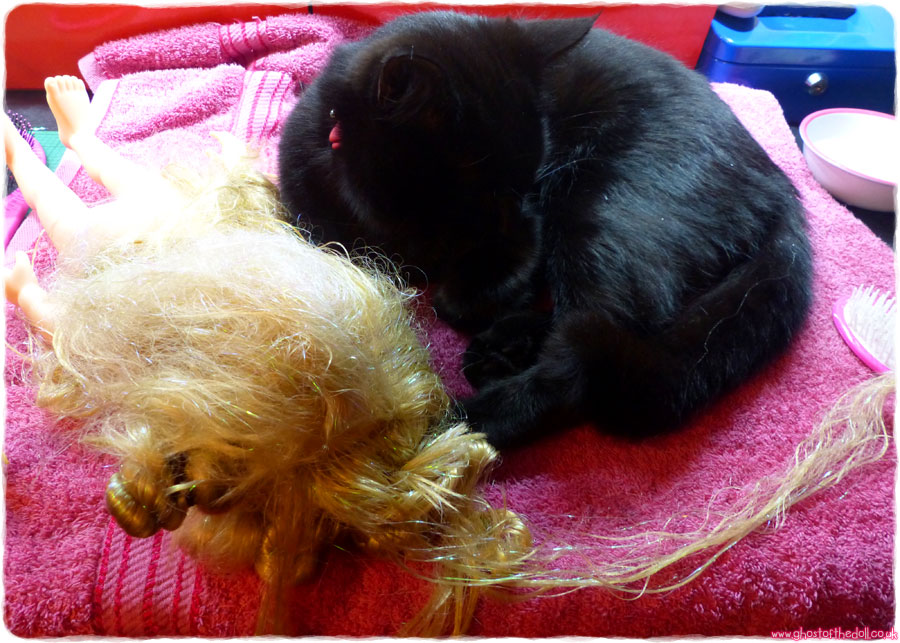 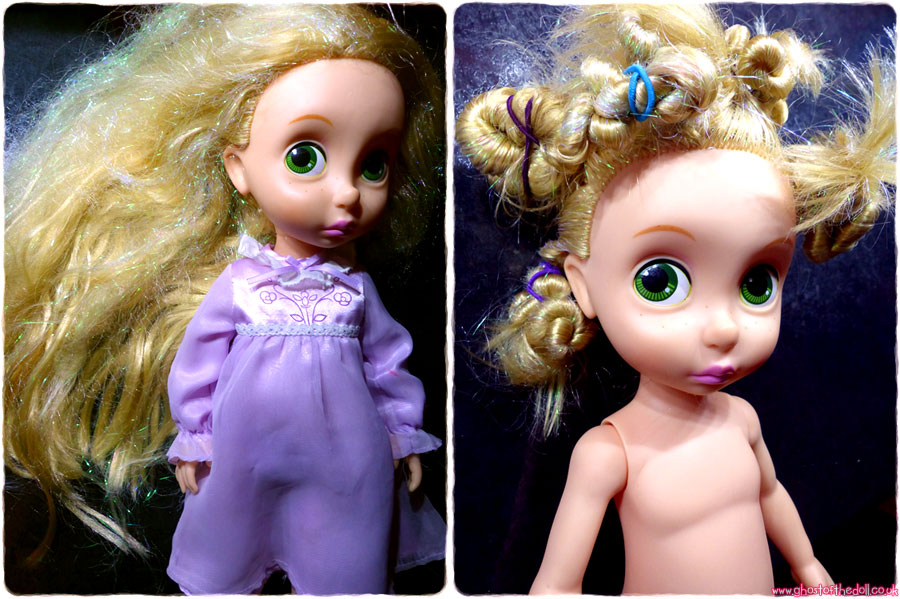 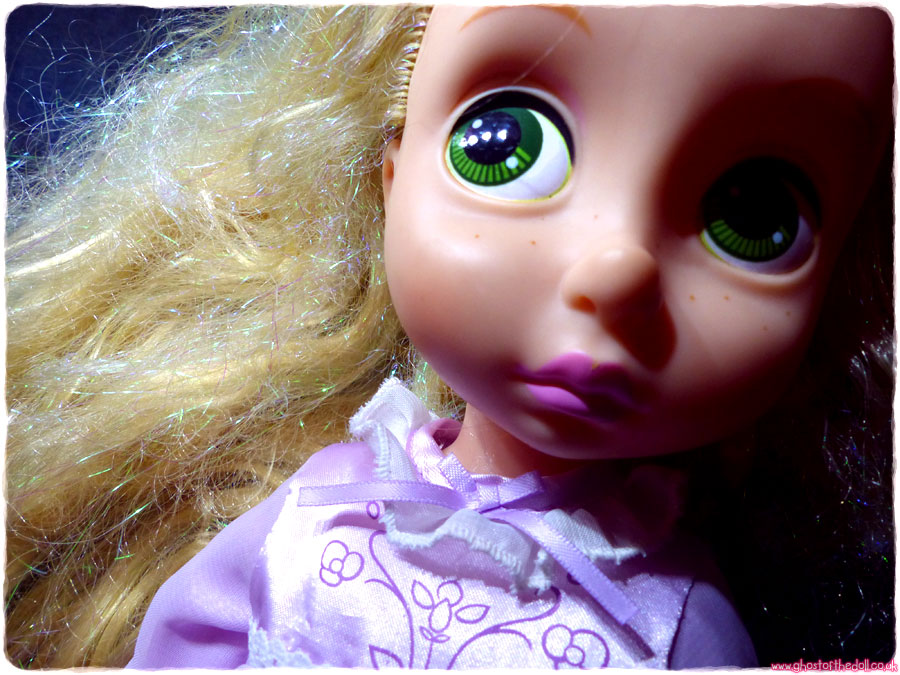 Her hair is by no means perfect now, but it’s so much better than it was! Look at her sad face. 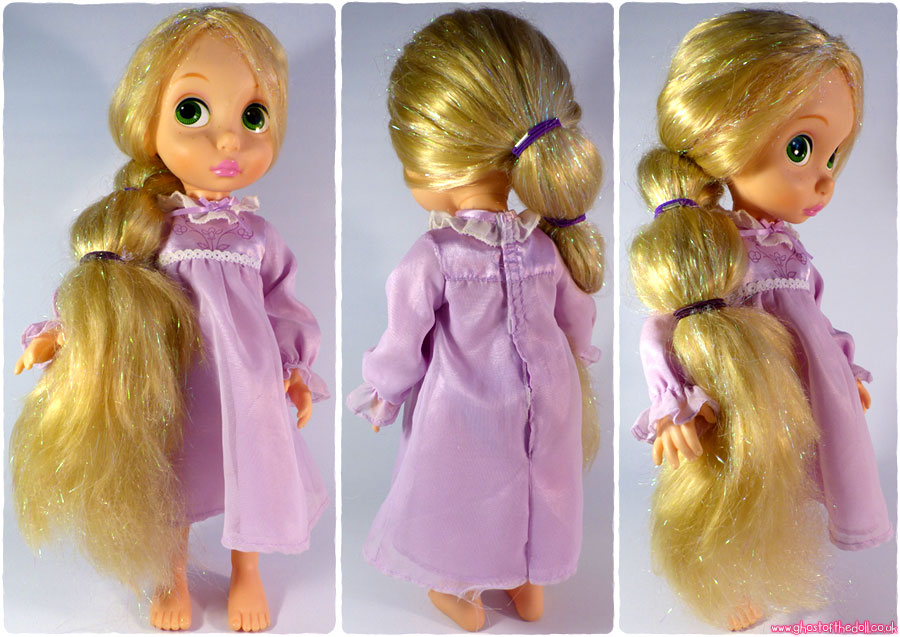 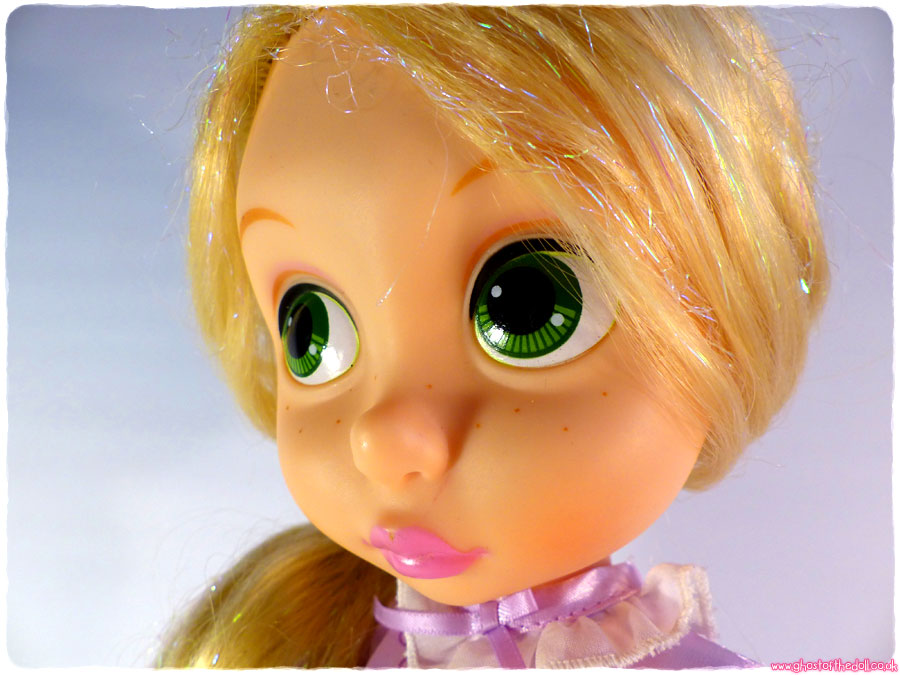 I found three more modern Polly Pocket dolls with some rubber clothes and a surf board, an unknown pink item (top right), a unknown squidgy cat and a Shopkins fruit character with a drinking straw in his brain! 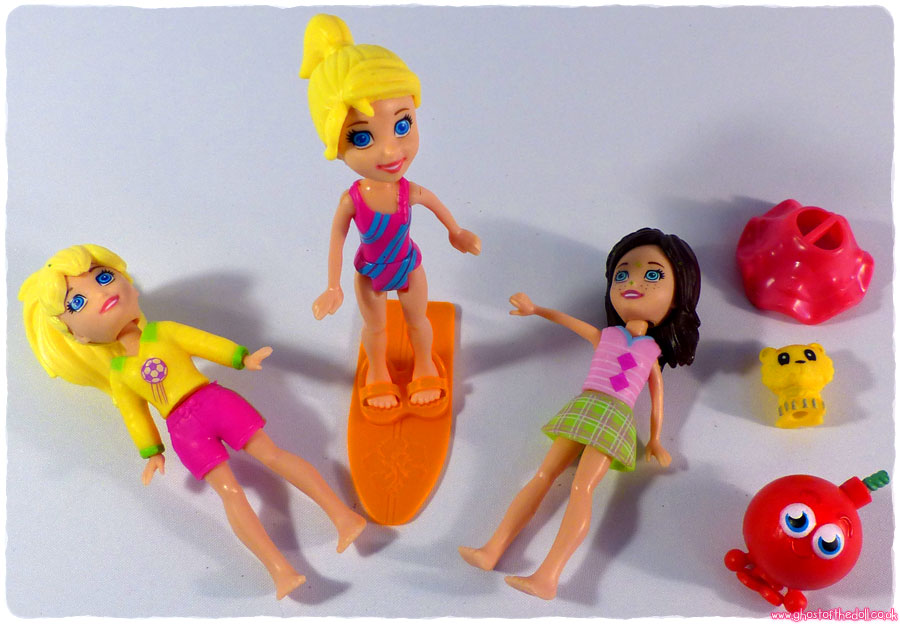