“Wouldn’t you rather have a Buick?”

These ads for Buick cars are from 1964-65 and featured white background shots of individual cars taken at unusual angles to exaggerate the front or back of the car. Most ads had someone posing next to the car, but not all.

Models featured in this campaign were LeSabre, Riviera, Gran Sports Skylark, the Special, and Wildcat. Buick was and still is a division of General Motors.

“How to buy a new Buick. (An easier lesson than you might expect).” 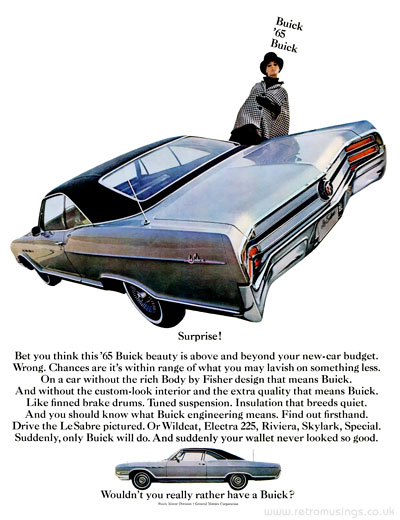 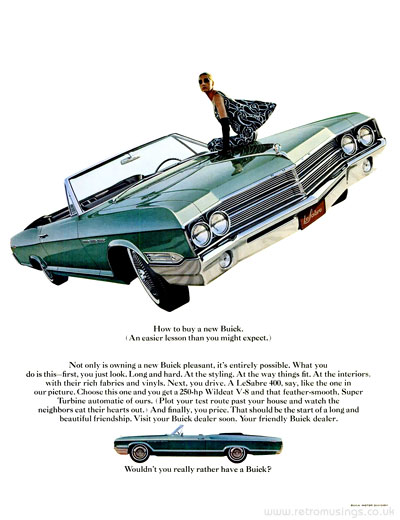 “An almost impossible thing happened to Riviera on the way to ’65. It got even better.” 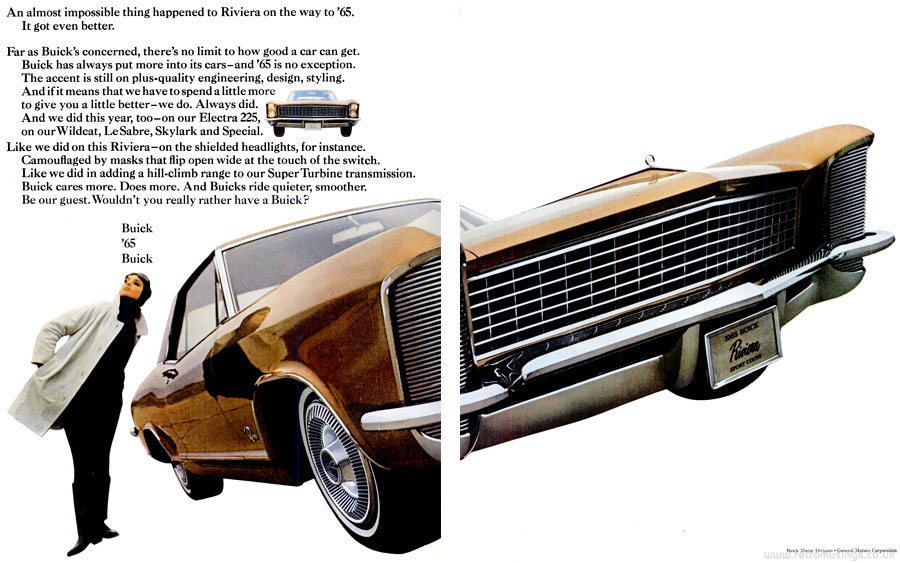 “Drive a Riviere home tonight. Who cares if people think you’re younger, richer and more romantic than you really are?” 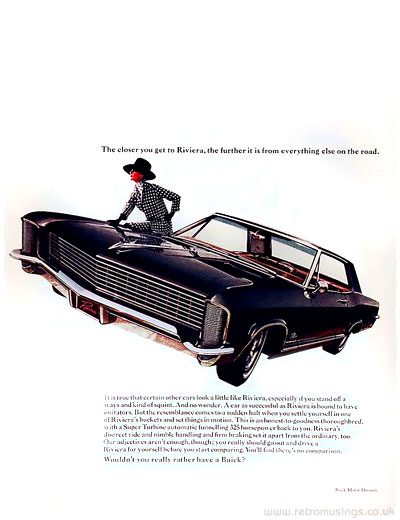 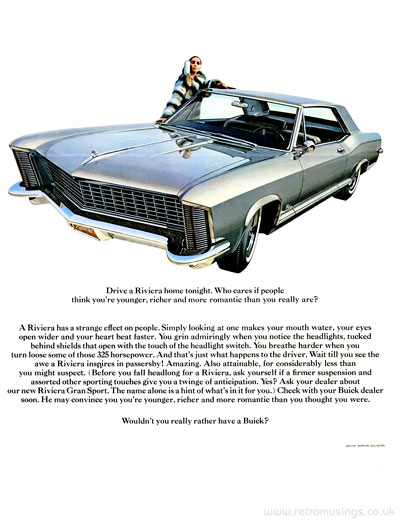 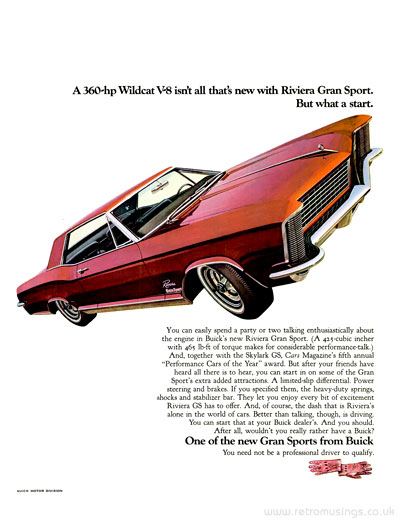 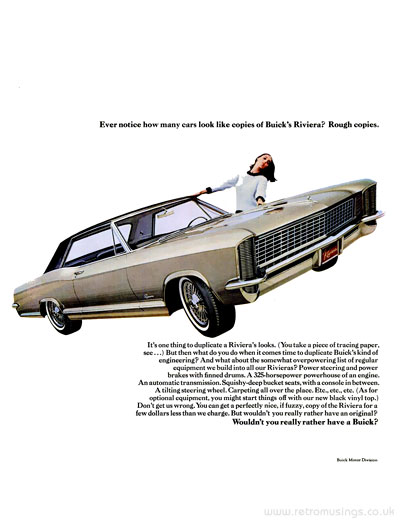 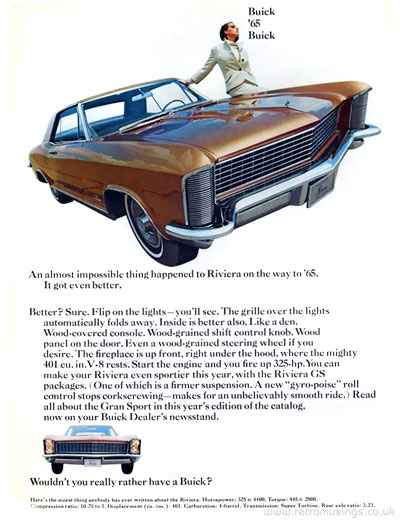 “Your eyes light up when you first see the ’65 Buick? You should see what the ’65 Buick does when it sees you.” 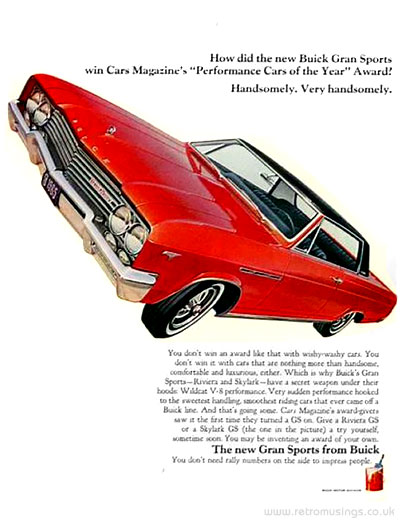 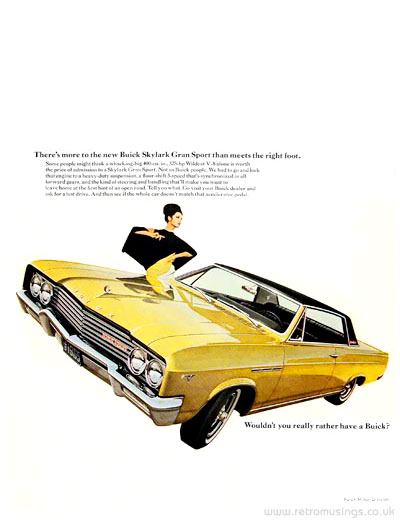 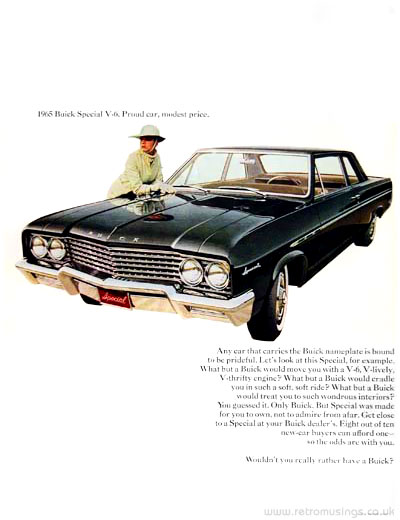 “This is the year Buick conquered inner space. This Buick Sportswagon is how.” 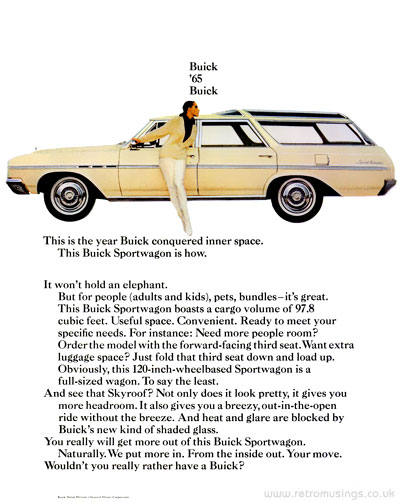 “We changed the Buick a lot this year. And you many never be the same again yourself.” 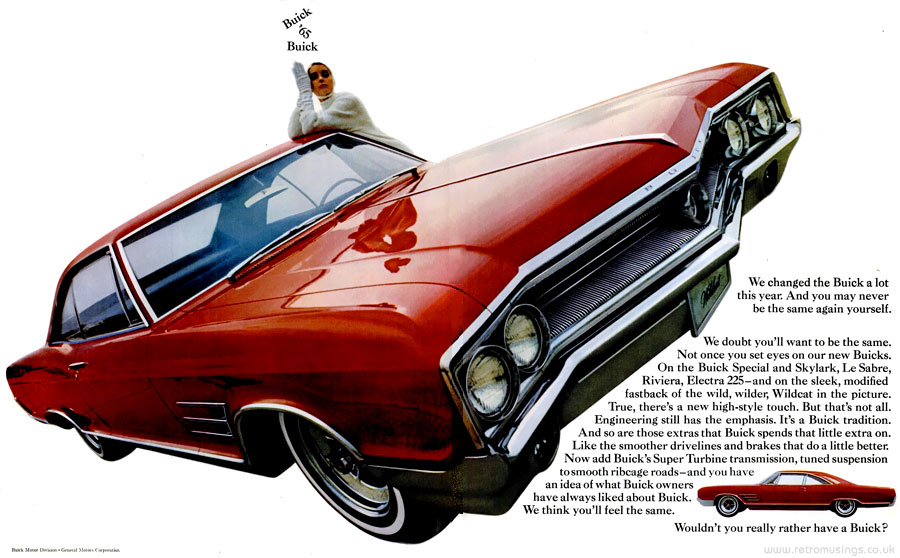 “Some people spell performance “hp.” We spell it “Wildcat.”” 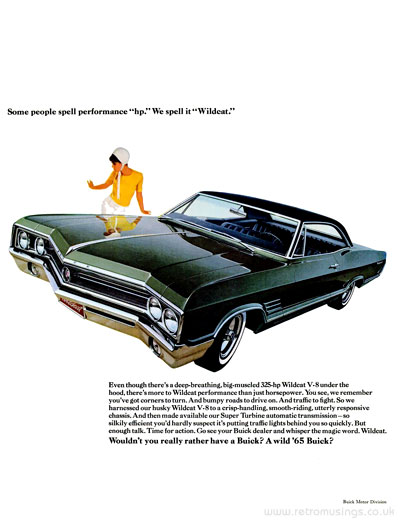