These six ads for Cannon towels date from 1943-44. Based on real GI stories during World War Two, the scenes look rather homoerotic now but caused no controversy at the time of publication. They were illustrated by Stevan Dohanos, Fred Ludekens and James Bingham. Cannon also made sheets and hosiery. 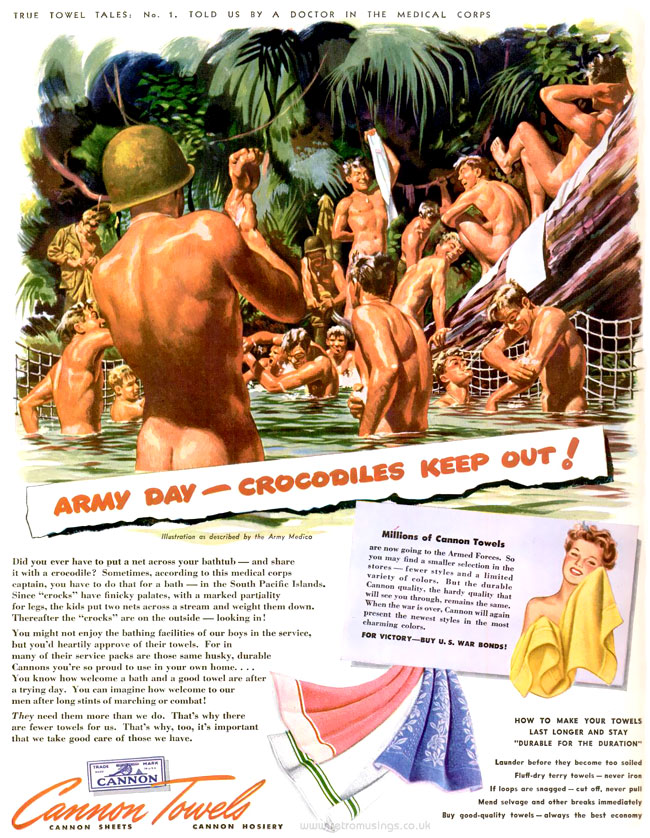 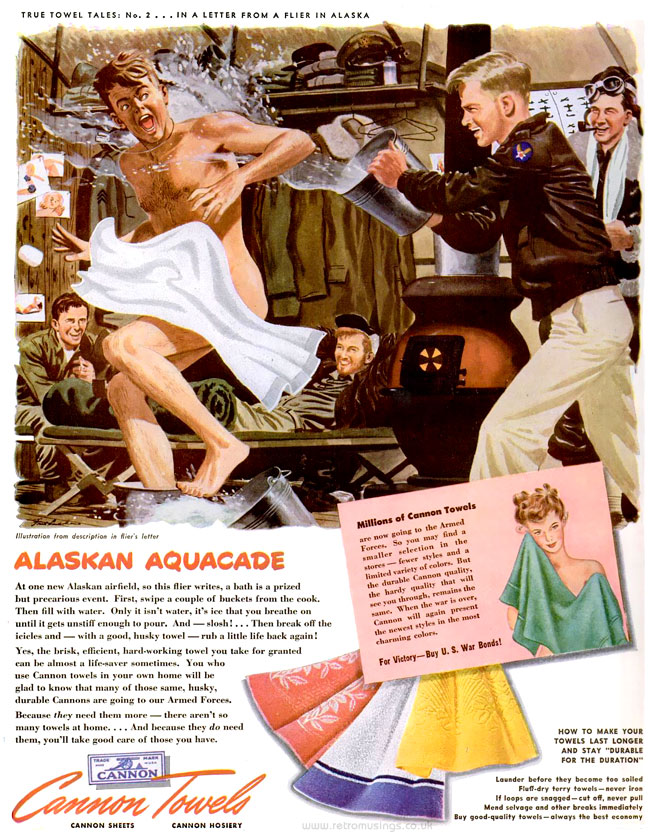 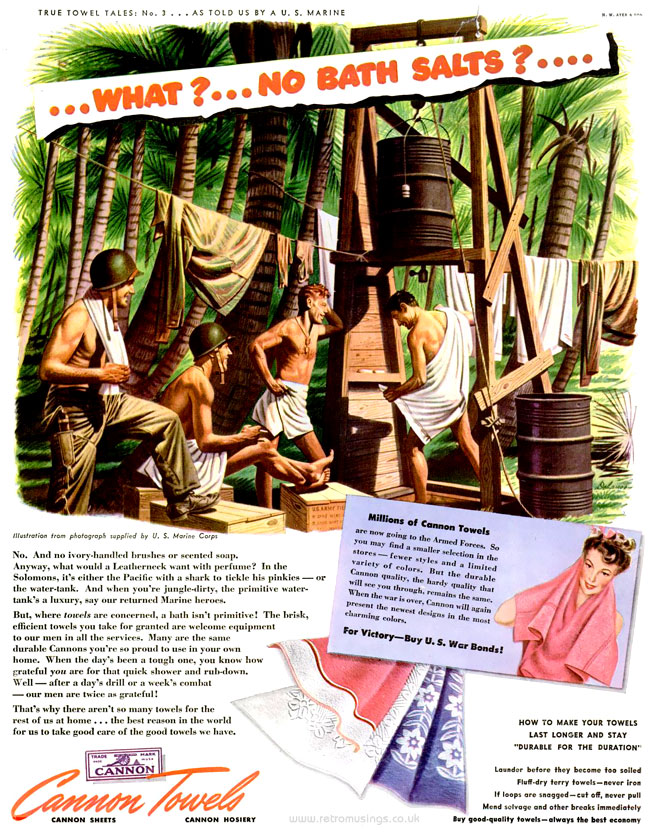 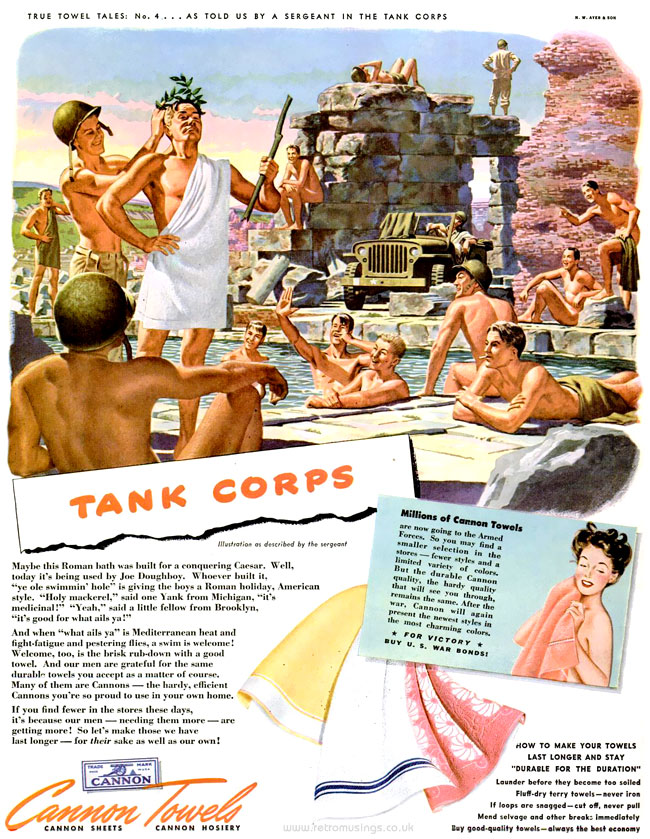 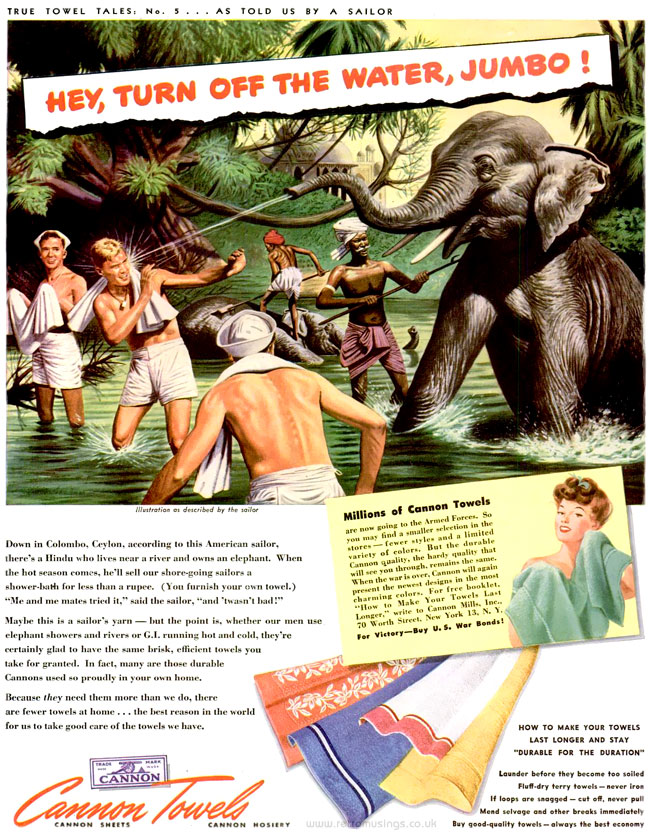 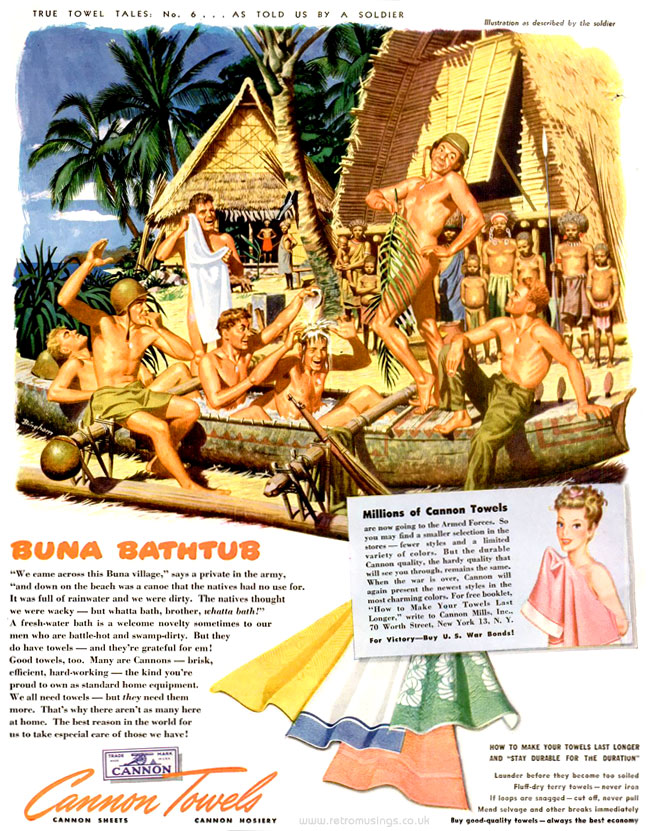