Action Jeans (aka Kickin’ Jeans) were produced by Century Martial Arts from 1977 to 1991.

They were originally called Kickin’ Jeans up to mid 1981, then after scoring an endorsement by Chuck Norris, were slightly redesigned and changed their name to Action Jeans.

My favourite ad is definitely the one from 1978! 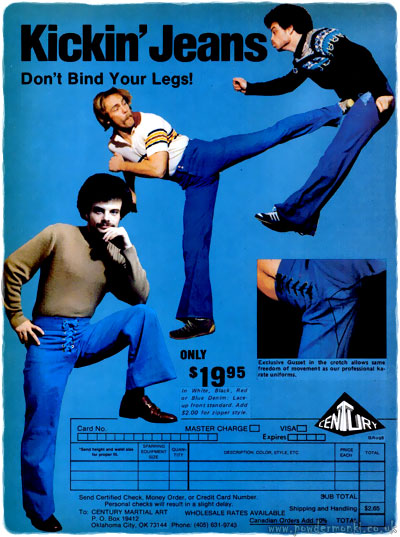 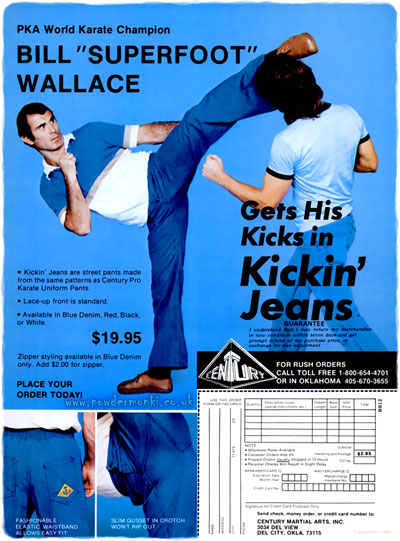 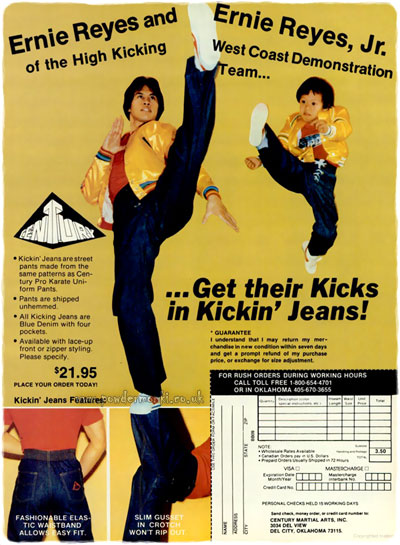 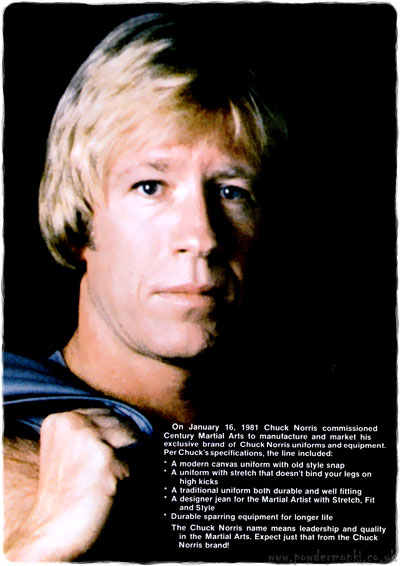 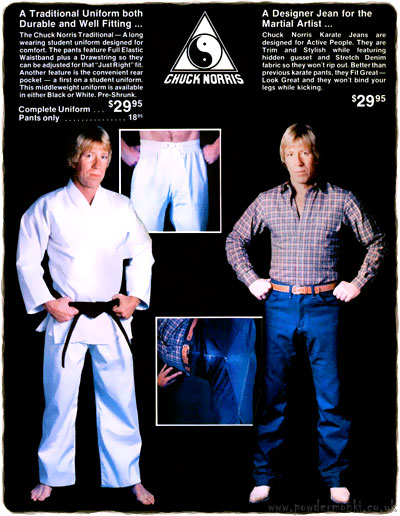 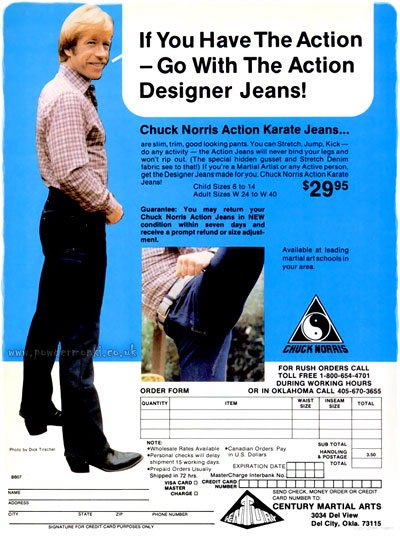 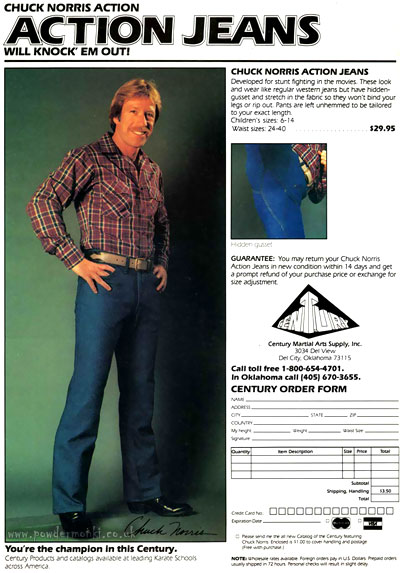 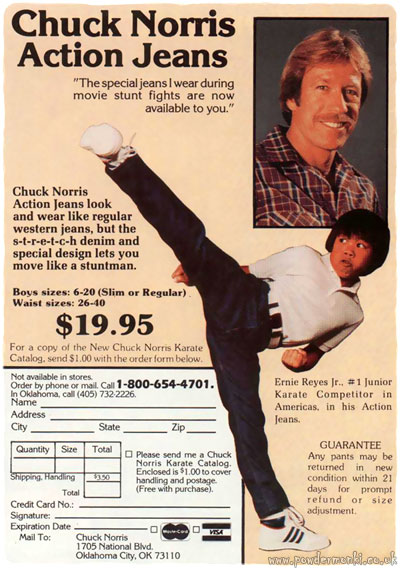 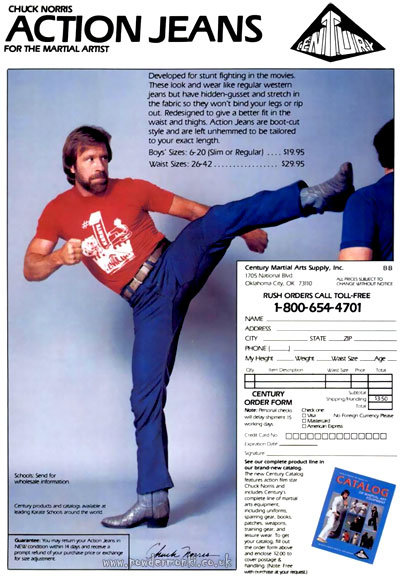 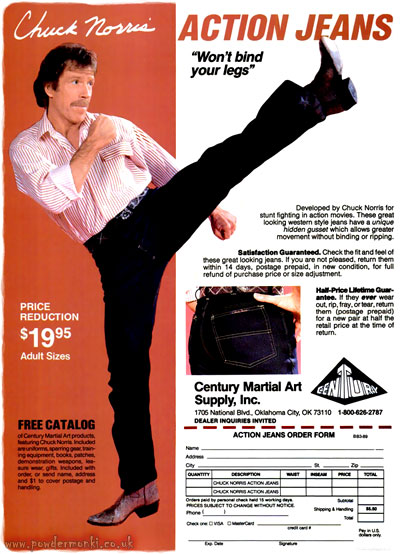