“She’s in love… and she loves Community.”

This illustrated ad campaign for Community silverplate cutlery ran from late 1952 and throughout 1953. The artwork was by Jon Whitcomb and featured young married women daydreaming about their new cutlery.

The four spoons shown in each image were from the sets Coronation, Lady Hamilton, Morning Star, Evening Star and the new White Orchid.

“And she doesn’t think it’s fun to be a slowpoke!” 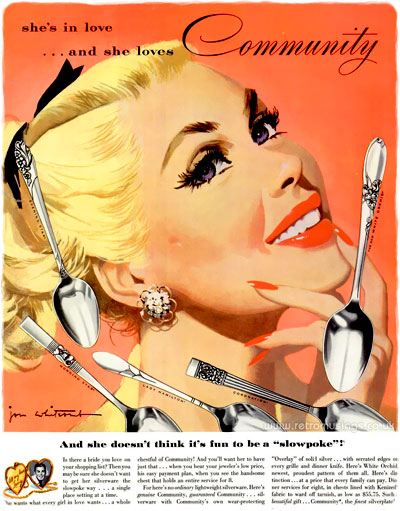 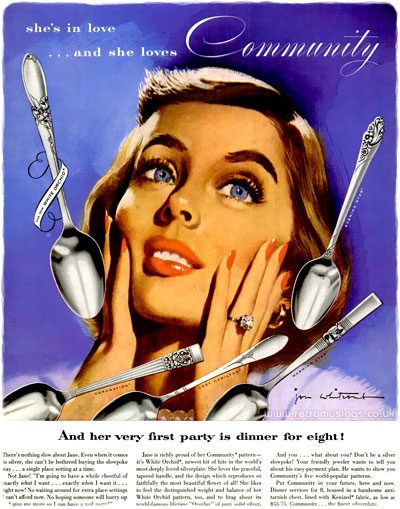 “”No slowpoke collecting for Ann – she wants her service complete!” 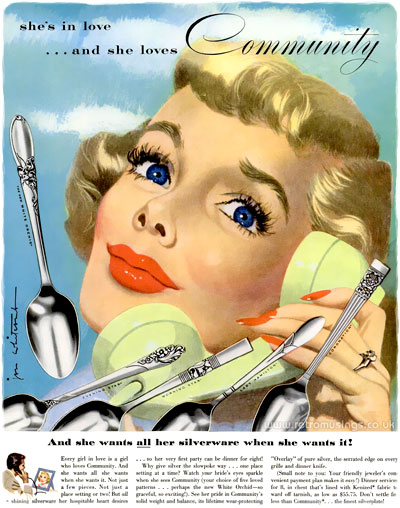 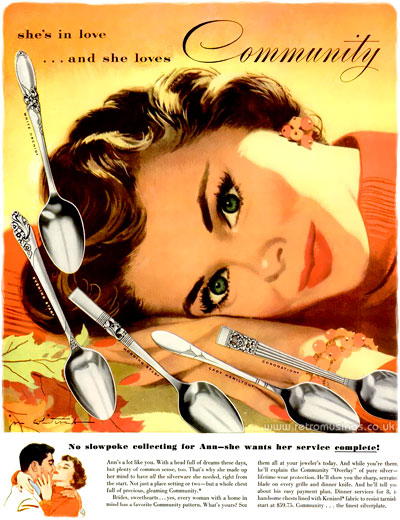 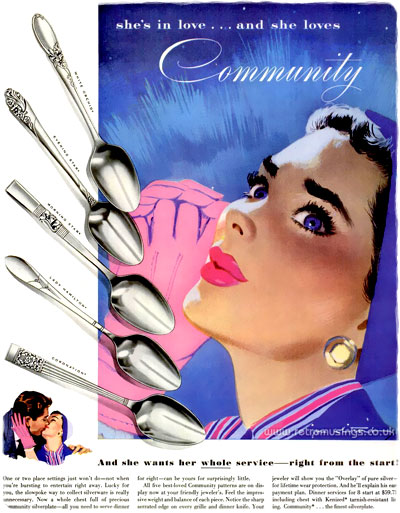 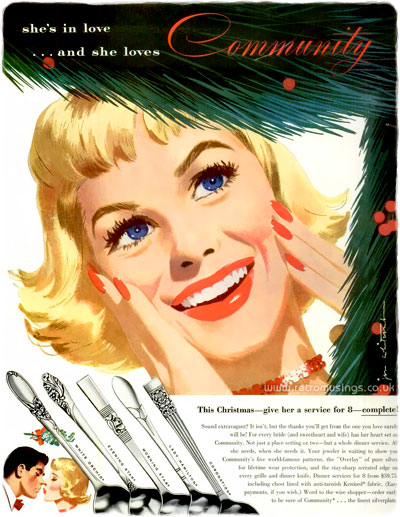 Not part of the ad campaign above, these two ads were just for the new White Orchid range. 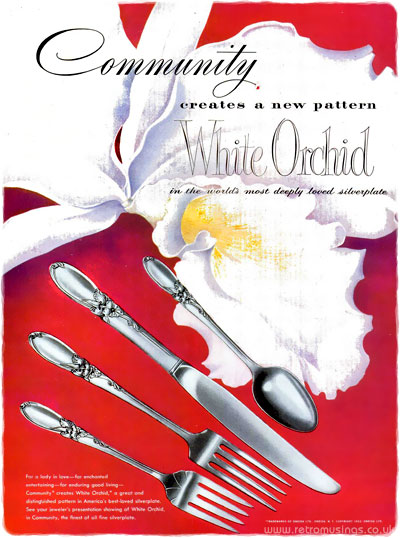 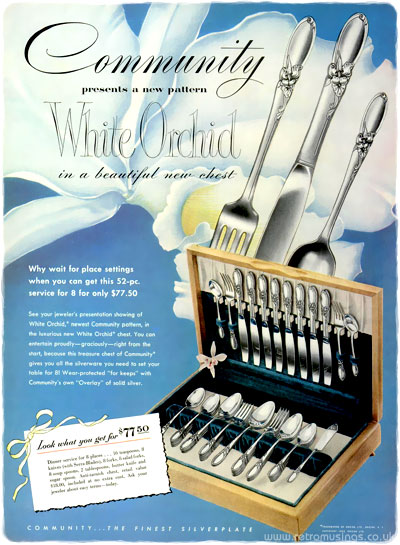