This illustrated ad campaign for Community silverplate cutlery dates from 1954. The artwork was by Jon Whitcomb and took a change in style from the previous ten years. This also seems to be the last ad campaign with Jon Whitcomb’s illustrations. The ads featured sitting couples, shown from the shoulders down.

“Any moment now… her pretty little head will be spinning with warm homesome thoughts. Candlelight, firelight, Community! The boy won’t quite know how he got there – but he’ll be helping her pick their pattern, for keeps.” 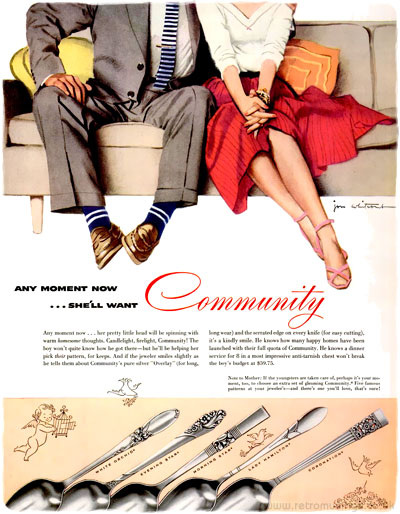 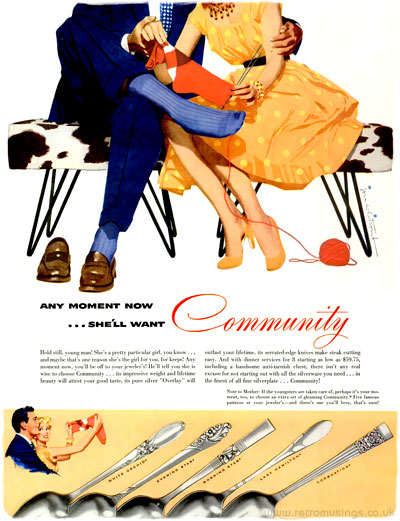 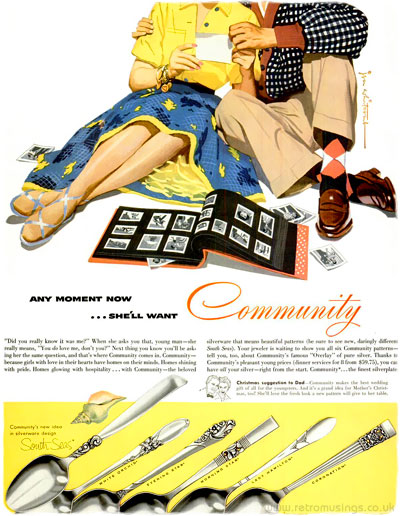 Not part of the campaign above, these three ads were just for the new South Seas design. 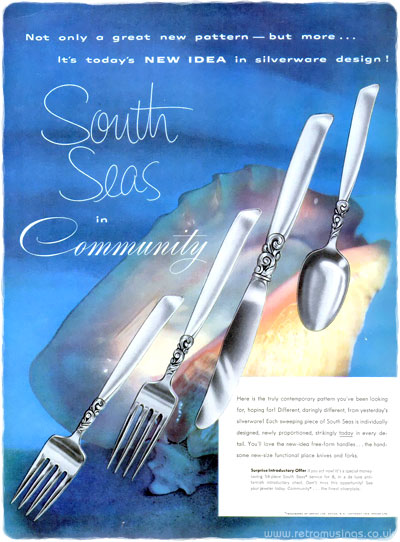 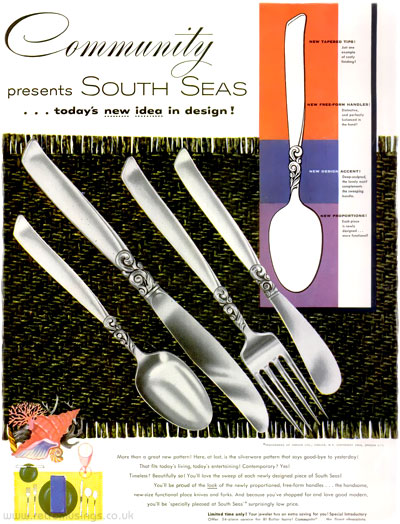 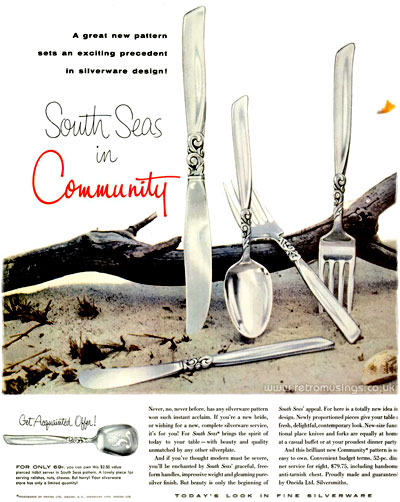