These ads for men’s fashions made from Du Pont “Dacron” polyester, and “Orlon” acrylic fibre date from 1960-61. The ads had a sports theme and the models used were mostly college age.

“A college sportsman who has achieved a set level of success in his sport and so has been awarded cloth letters of the initials of his college, to be displayed on an item of clothing.” 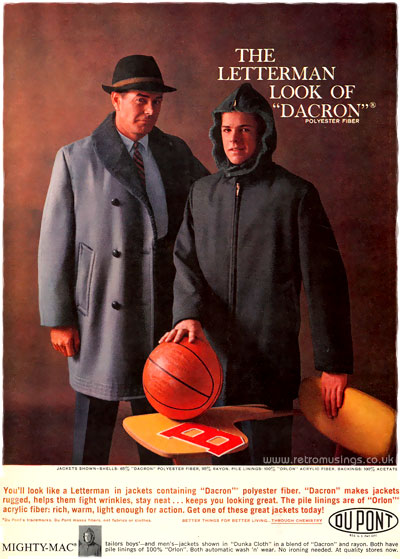 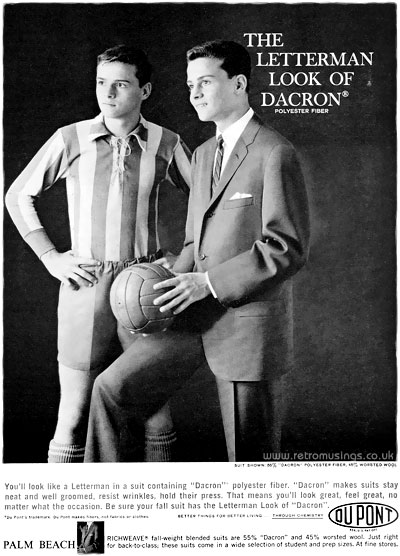 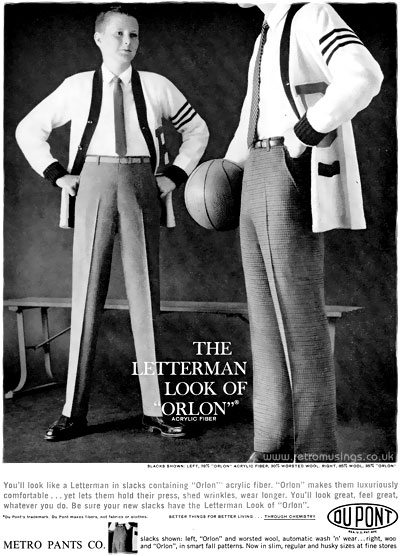 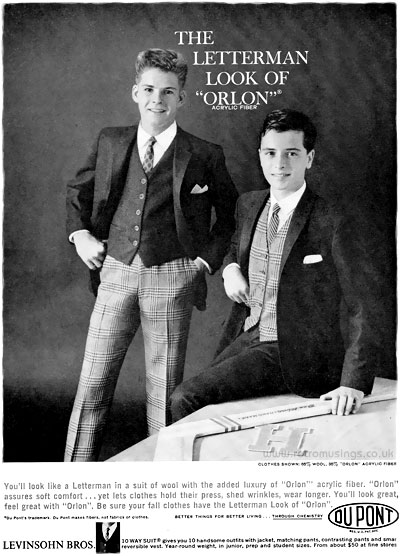 Many ads from the first half of 1961 had a full height model wearing spots gear in the background and smart pair of legs in the foreground. 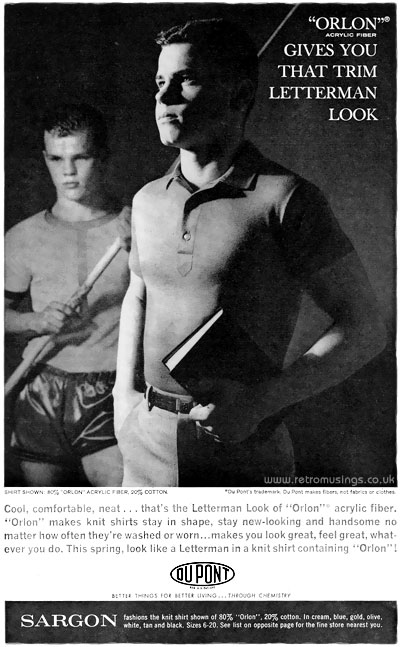 “Stays neat…gives you that Letterman look.”

Ads from the later half of 1961 were outdoor shots.