These ads for men’s trousers made from Du Pont “Dacron” polyester and “Orlon” acrylic fibre date from 1960-61. The long half page ads featured a relaxed pair of men’s legs at various leisure venues. 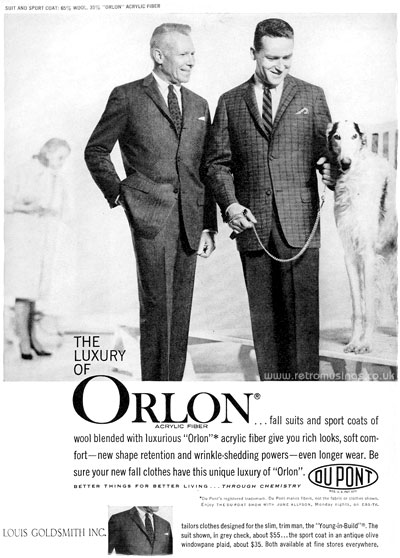 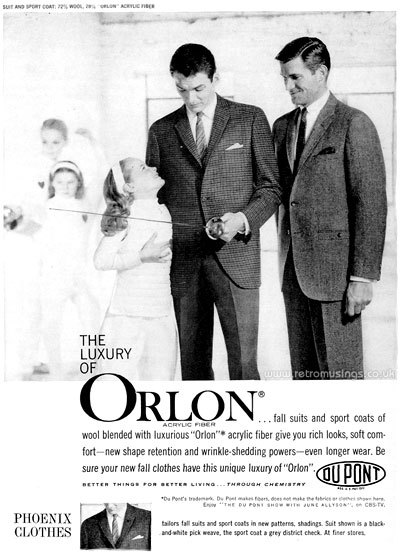 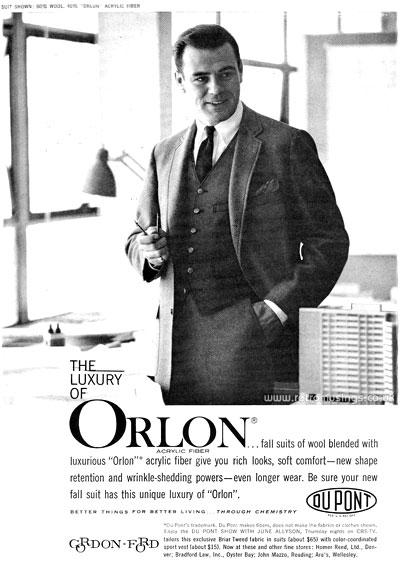 “The flawless look for fall.”

“For the smartest summer of your life.”