This weeks Sunday Lounge Listening is “Exotic Dreams” by Ethel Azama, with arrangement by Paul Conrad from 1959.

Ethel Azama is a little Japanese-Hawaiian girl who “comes on” with a big jazz sound – this little lady’s personality fills the room. For the past several years she has been amazing Island visitors with her up-beat styling of traditional Island music…modern, up-tempo and bursting with life, yet always maintaining the soft Island melodies and the delicate oriental flavour.

Ethel’s only singing lessons were from her father, an old school Ofkinavian entertainer, he tutored her from early childhood in the dance rituals. Fortunately, Ethel’s mother persuaded her to branch out, and her father, pleased with his daughter‘s success, remains her “number one” fan.

Probably Ethel’s “number two” fan would be Paul Conrad, her arranger and accompanist. A popular Honolulu pianist, with both Bachelor of Arts and Master of Arts degrees in music from Carnegie Tech, Paul not only has done all her arrangements, including those in this album, but is largely responsible for development as a singer.

In the early three years that these two artist have working together, Ethel’s style has matured and her popularity grown. A steady stream of top Honolulu night club and concert engagements vouch for that.

This album and her first tour of the mainland should début at the same time. 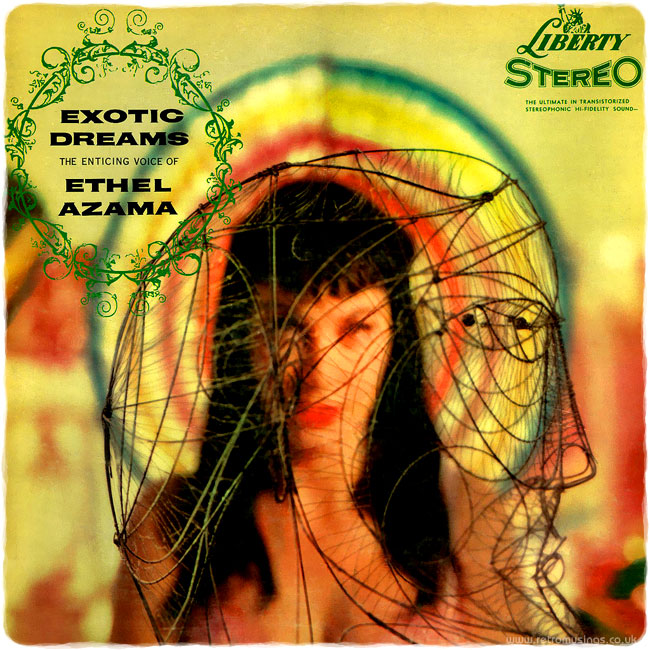 “The Sweet and the Swingin'” by Paul W...
Pink Champagne for Dancing
John Menzies ~ Chart Music Adverts
Music For Gracious Living ~ Peter Barclay and his ...
Provocative Percussion (Vol 1) by Terry Snyder and...