These amazing space-age style ads for Fisher Body date from 1957-59 and are a collage of photography and illustration. Fisher Body, owned by General Motors, made automobiles for the likes of Chevrolet, Pontiac, Oldsmobile, Buick and Cadillac (all also owned by GM).

They used suitably futuristic sounding names for their body styles, such as “Sound Barrier Body” and “Time Proof Body“, and as the ad campaign continued the red tail lights became more and more like laser beams and the background less and less realistic. But just in case you thought the engineless hovercars were real, each image had a little piece of text written underneath with lines such as “dramatic portrayal of” or “dramatisation of” so you didn’t rush out to your nearest dealer demanding to buy the flying Cadillac you’d just seen advertised. 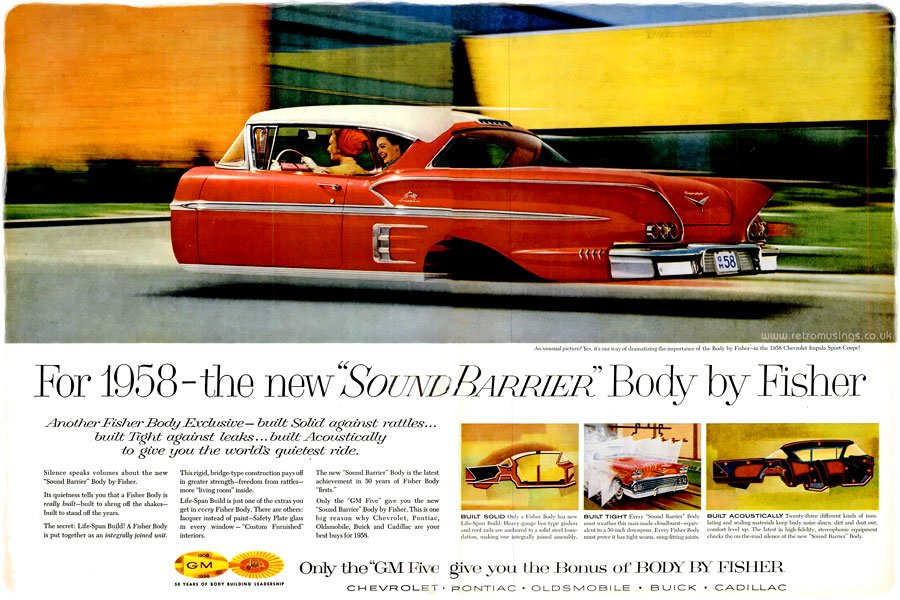 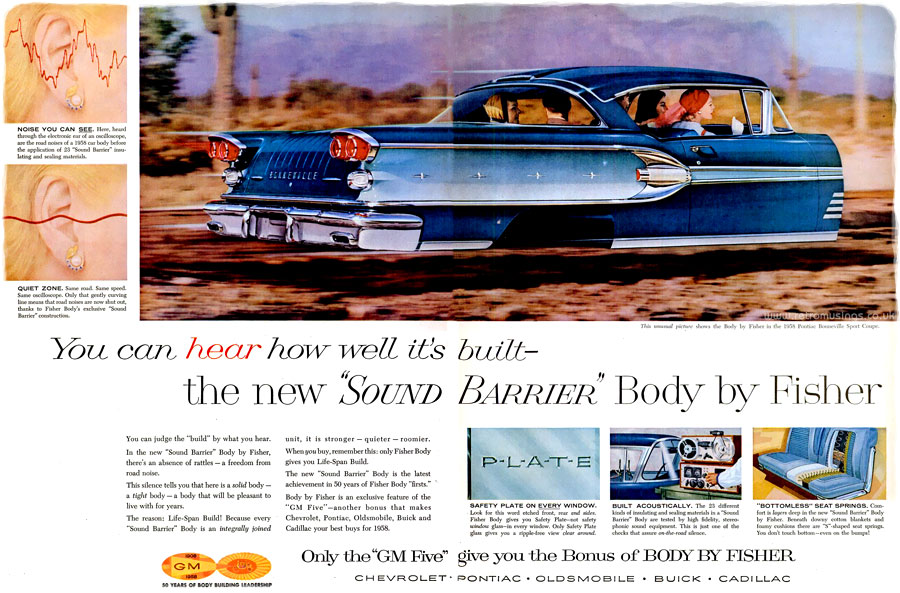 “Passport to a silent world!” 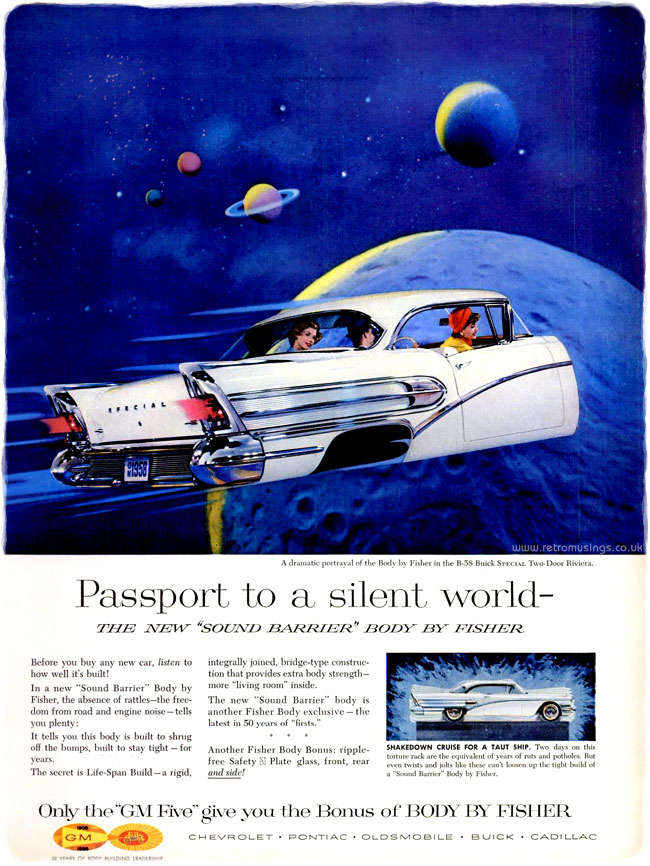 The B-58 Buick Special Two-Door Riviera 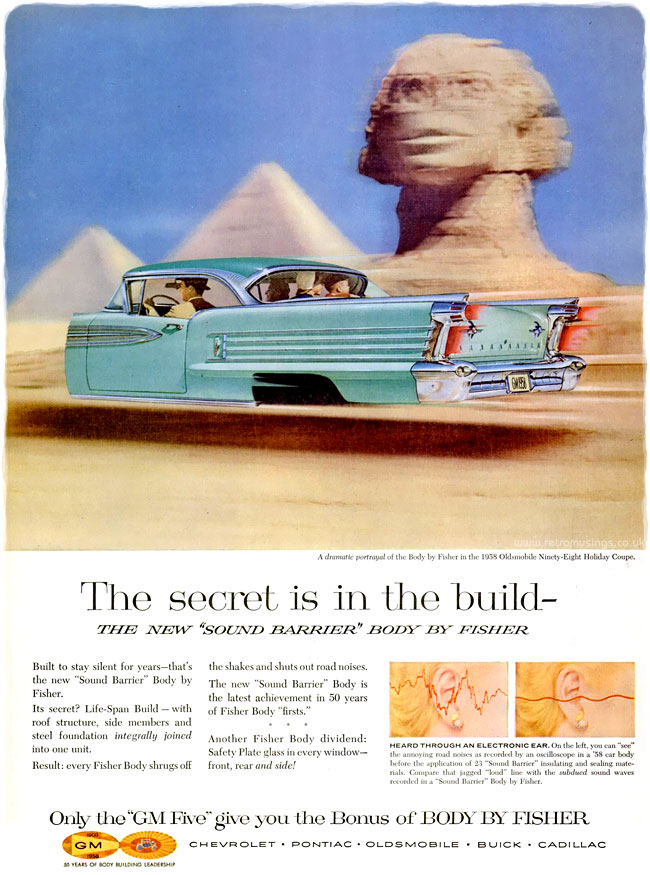 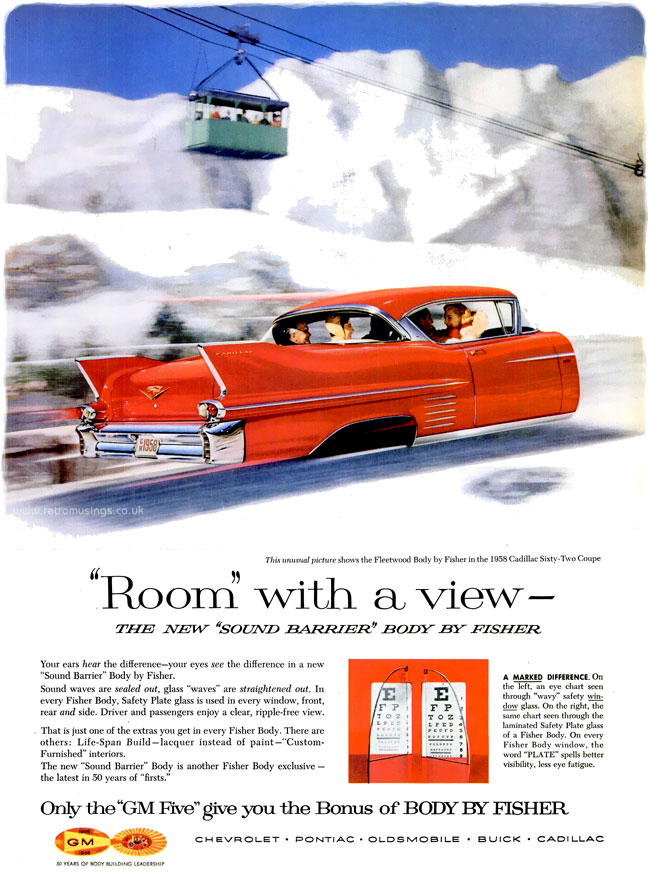 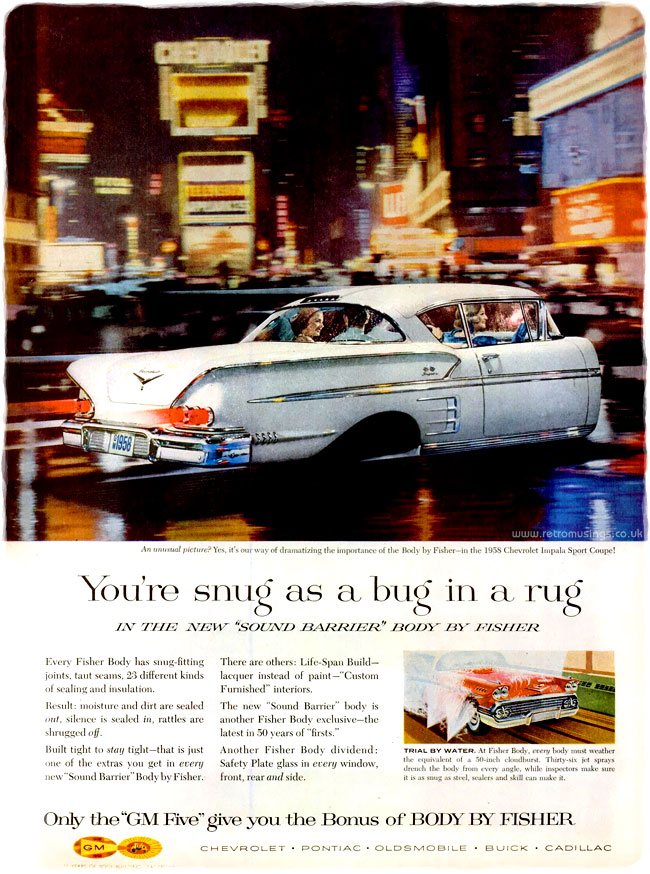 “An extra dimension in Body by Fisher is Time!” 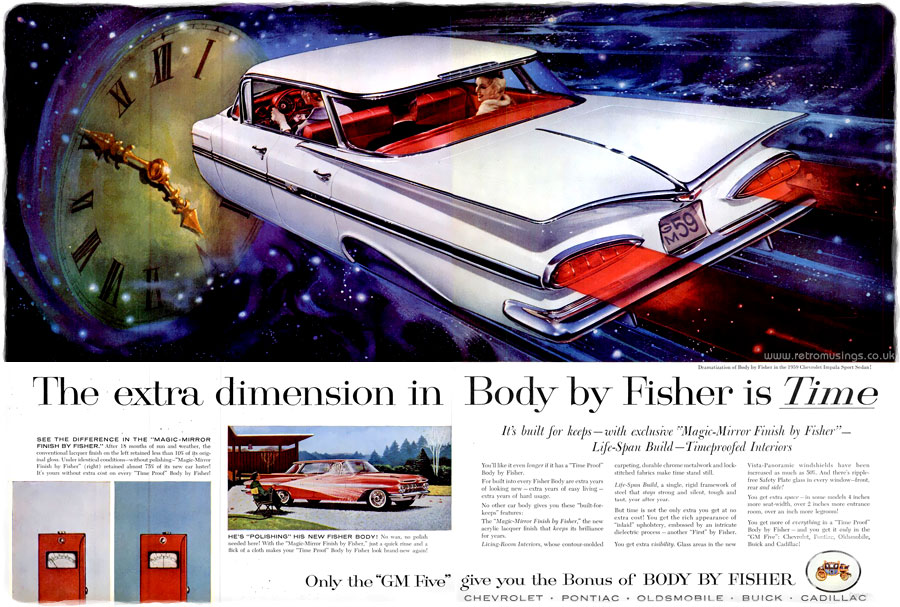 “The Magic Mirror that stretches time!” 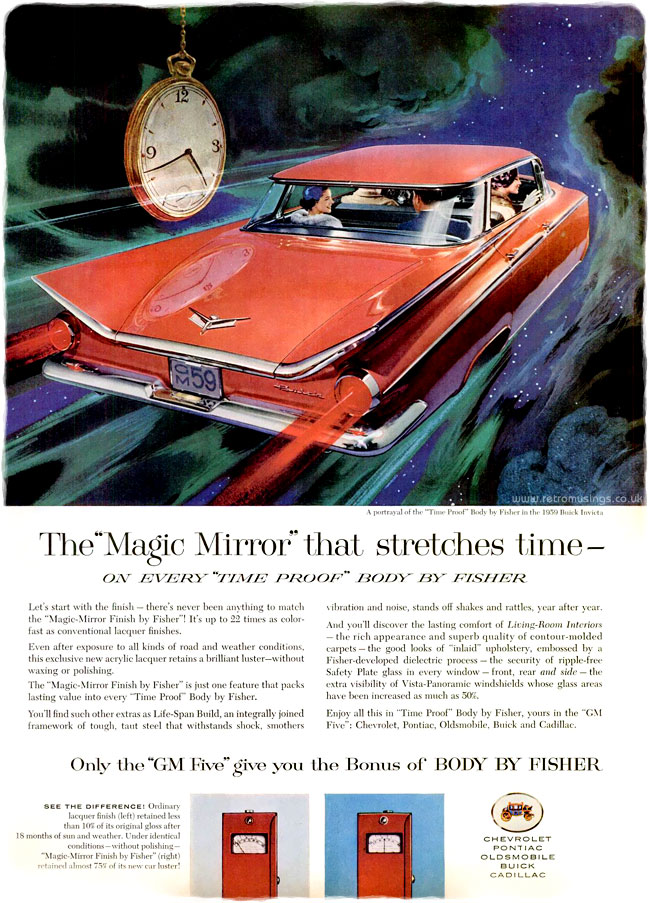 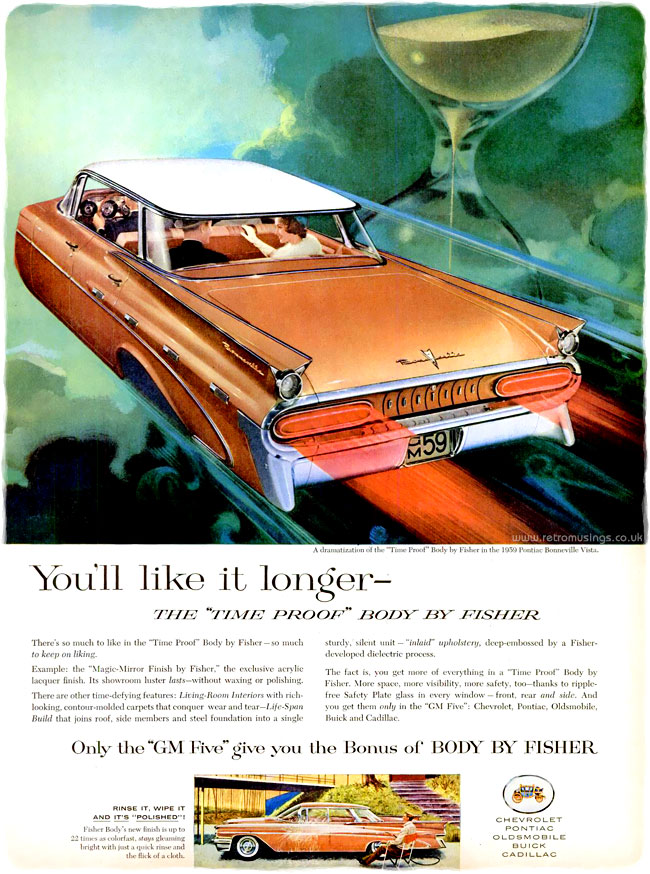 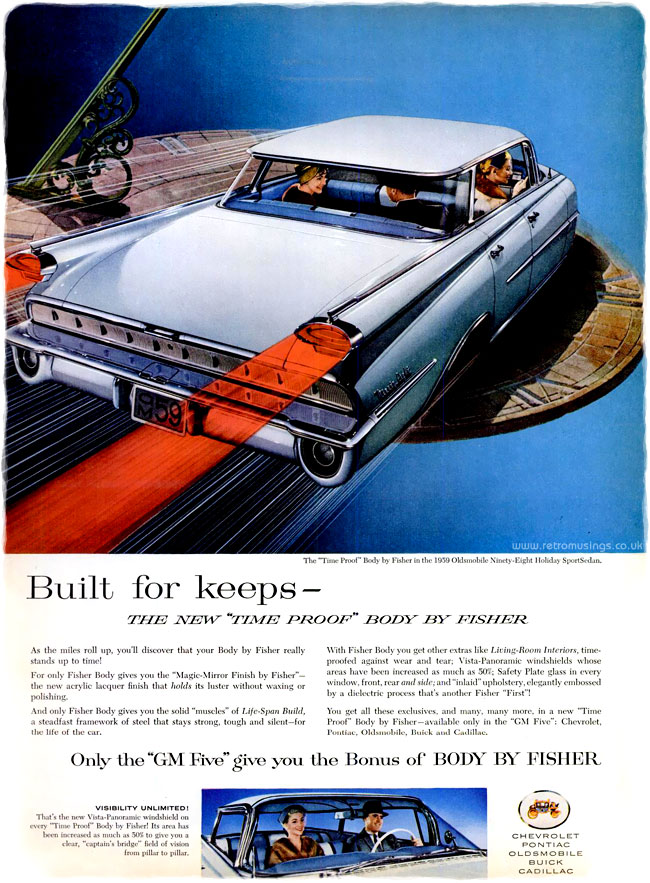 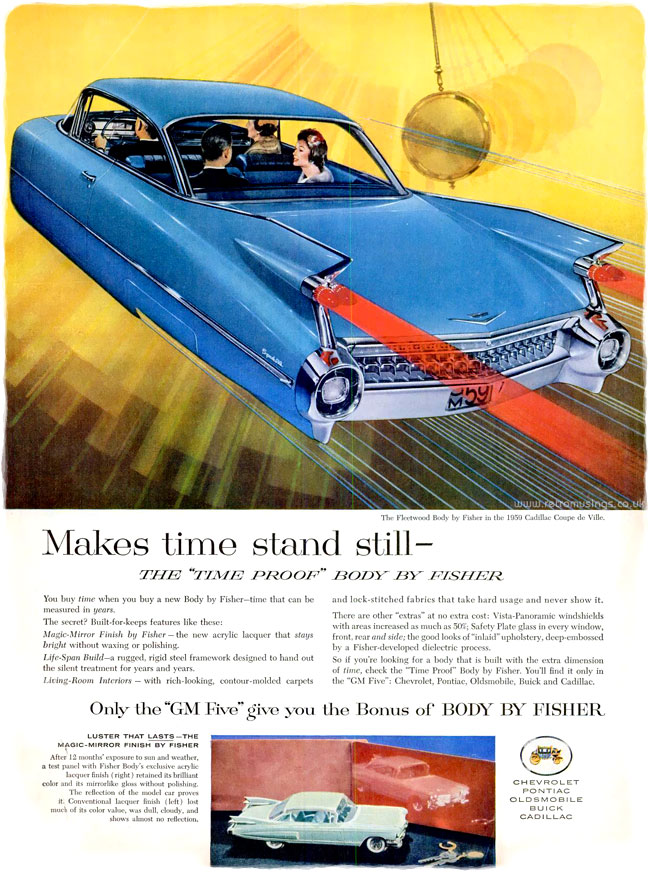 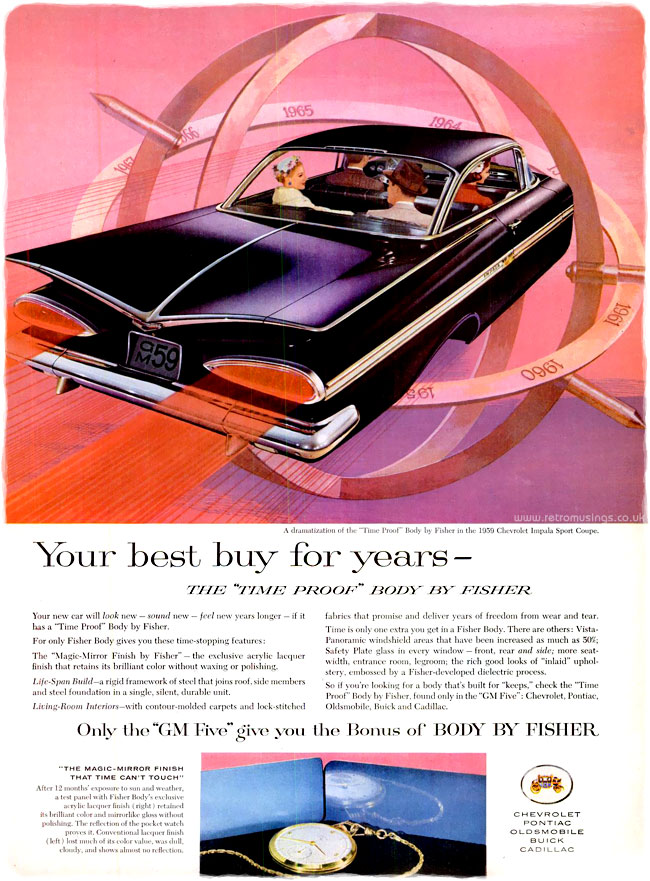 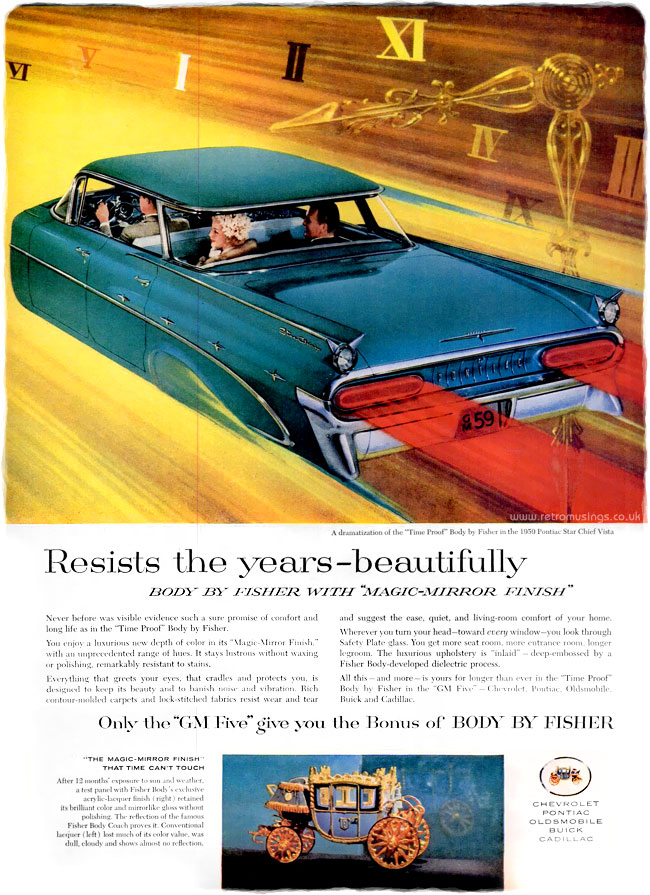 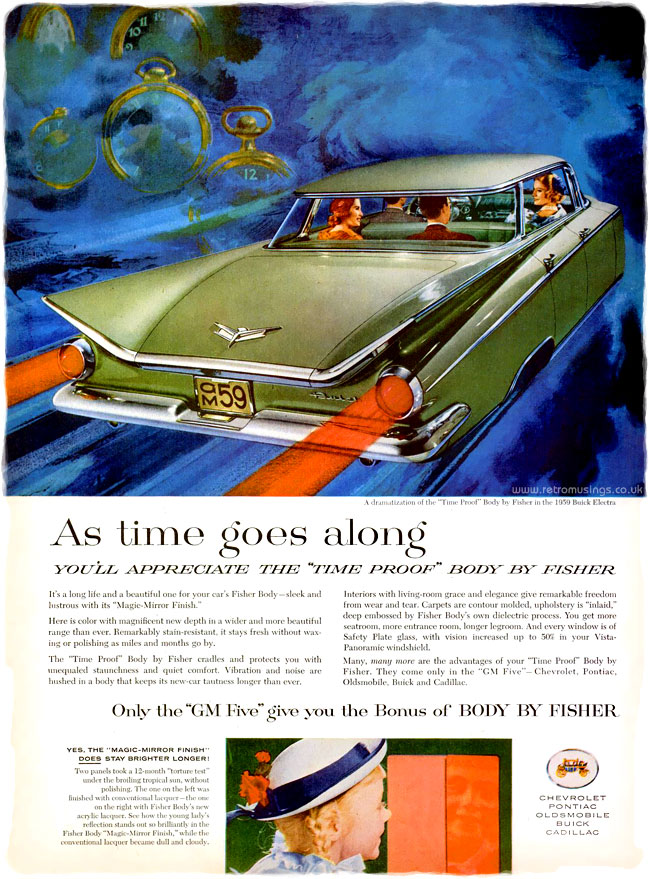