Ebony magazine’s April 1971 fashion shoot for men was based around a “what’s his and hers” theme, with the women wearing her man’s clothes. All fashions came from Jerry Magnin‘s store in Beverly Hills, who was the great grandson of Mary Ann Magnin, founder of I. Magnin.

“Gettin’ it together means sharing things with your man like his laughter, his worries and his own special way of ‘doin’ a thing,’ as brother Isaac Hayes puts it. In the world of fashion, the black man has traditionally had his own way of ‘doin’ a thing,’ and even when the rest of the male world went conservative, the black man retained a distinguishing flair and excitement in his dress. These exciting his is hers fashions from Jerry Magnin’s hip new Beverly Hills men’s boutique will provide the means for the black woman to also share her man’s taste in clothes.” 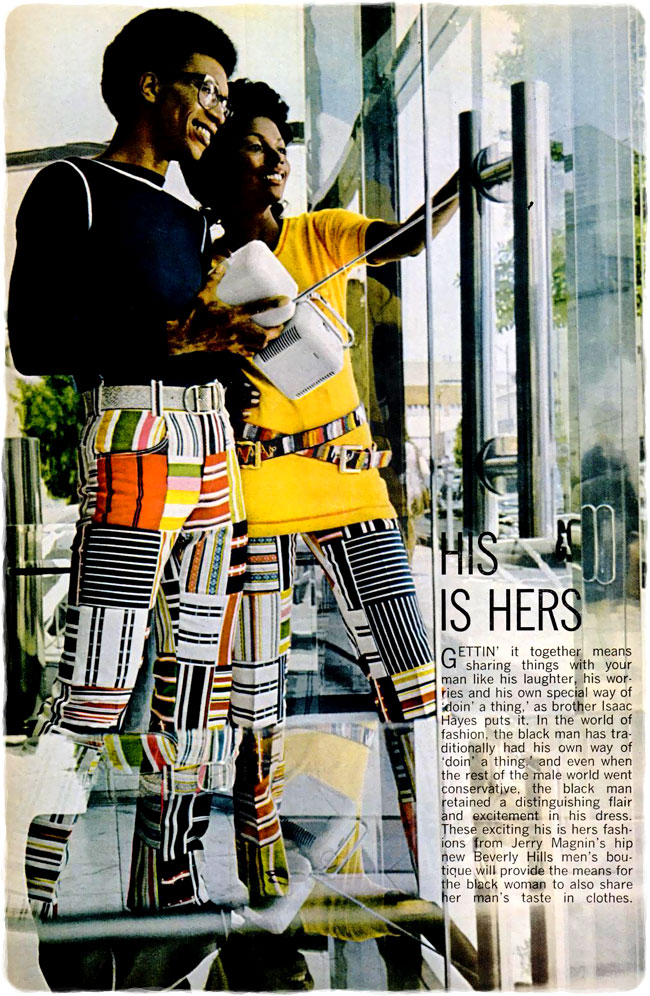 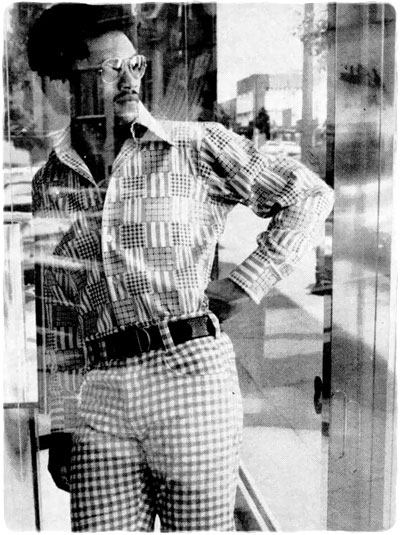 “Doin’ his own thing, he mixes a red and white patchwork shirt with blue and white gingham check pants and finishes it off with a snakeskin belt. The same would look great on a girl.” 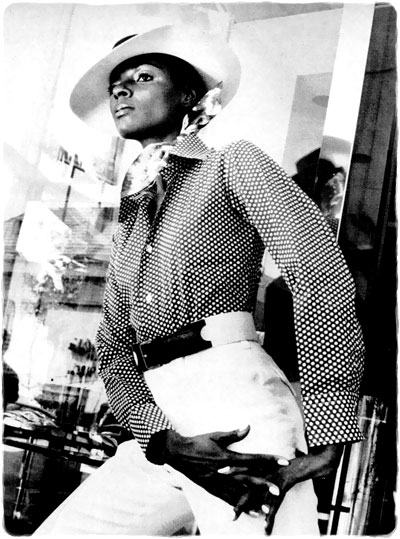 “She’s the girl after his own heart in his polka-dot shirt, a canvas stretch belt, a tie-dye kerchief and a soft, wide-brimmed hat; with a definite Western dash.” 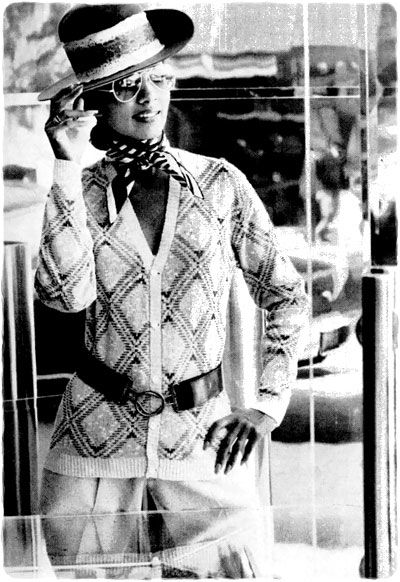 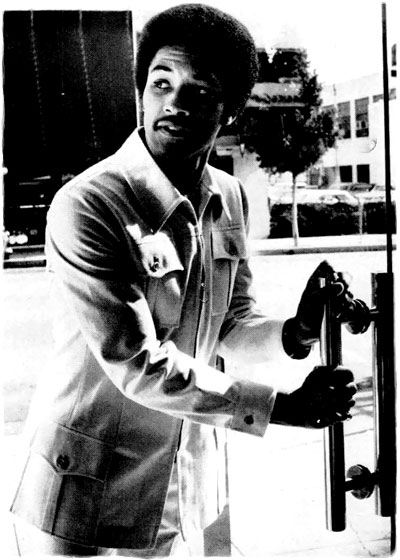 “He’s his own man in an all cotton zip-front white patch-pocketed Safari suit and worn with a cotton, over-stitched t-shirt.”

“Scene-stealing without half-trying, she makes news in Wallace Beery cotton and linen t-shirt touched up with a riding buckle belt. He’s the main man in a boss, split-pocket camel wool, belted Safari suit. A t-shirt accents underneath.”

“Super cool and casual, he’s masterful in a denim sporting suit worn with a demi-geometric print shirt of flag reds and pinks. She matches wits in tie-dye jeans and scarf, a patch-pocketed stitched t-shirt and Indian belt.”