“Feel extra coolness in your throat.”

These ads for Kool menthol cigarettes date from 1964-67. They featured couples smoking outdoors in wooded surroundings with waterfalls or lakes. The women were all dressed in green.

“Through Kool’s pure white filter comes the most refreshing coolness you can get in a cigarette.” 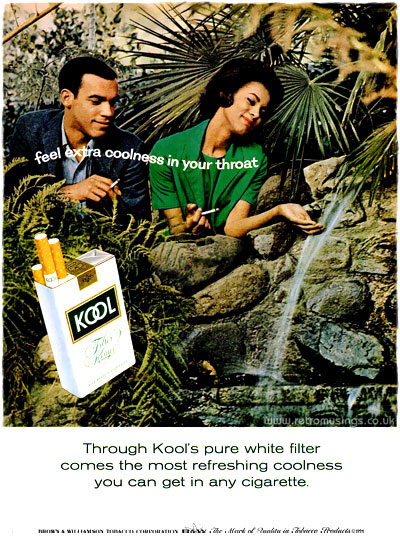 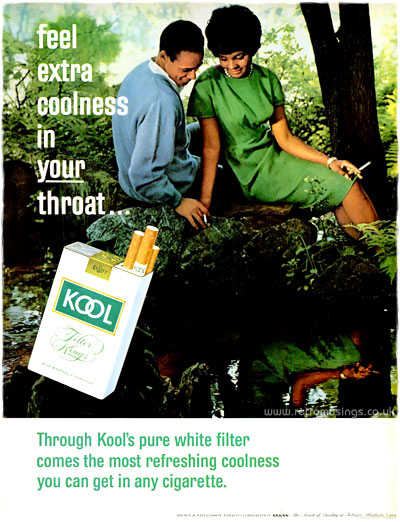 “Come all the way up to Kool Kings.” 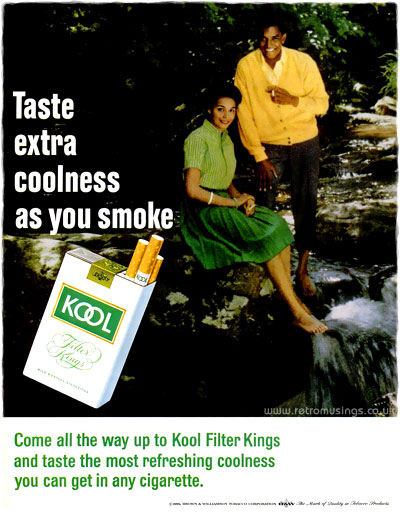 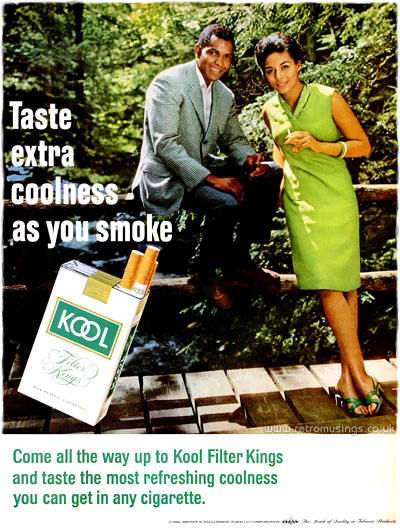 “Isn’t it time you made Kool your steady brand?” 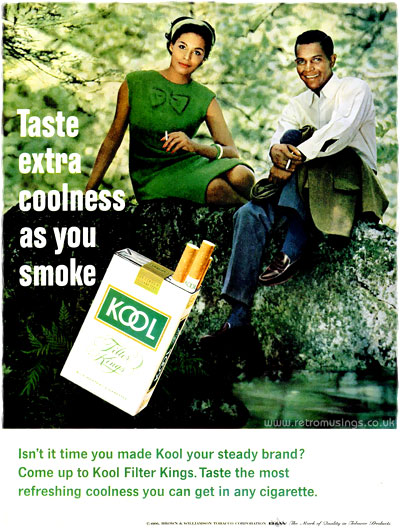 “Come up to the Kool taste.” 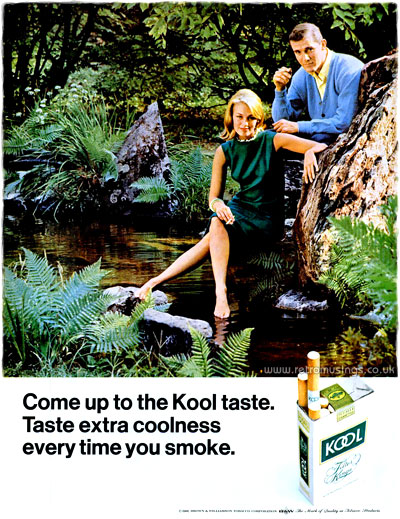 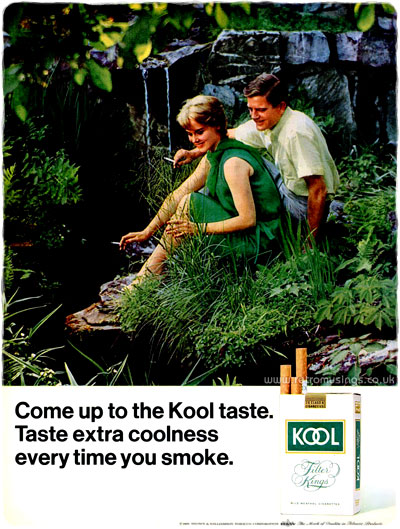 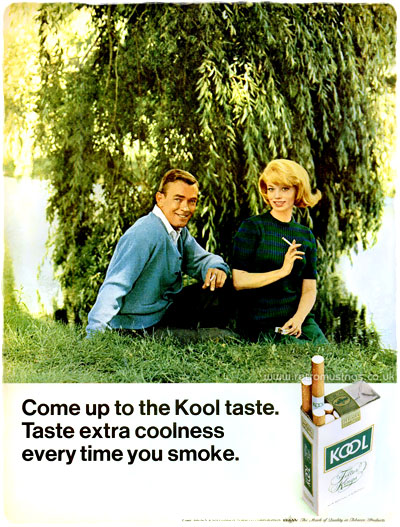 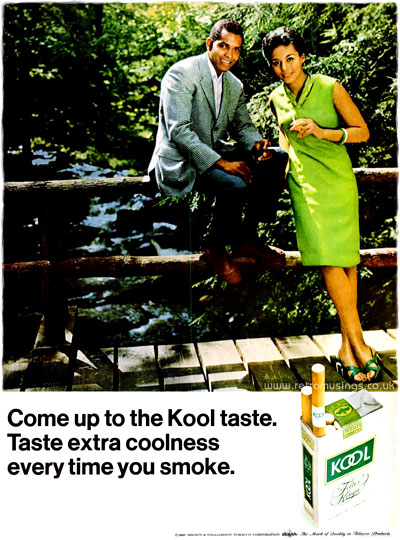 These five ads were published towards the end of 1967 and took on a slightly different look but with the same tagline. The use of mountains, waterfalls and forests took on a big part of their following ads. 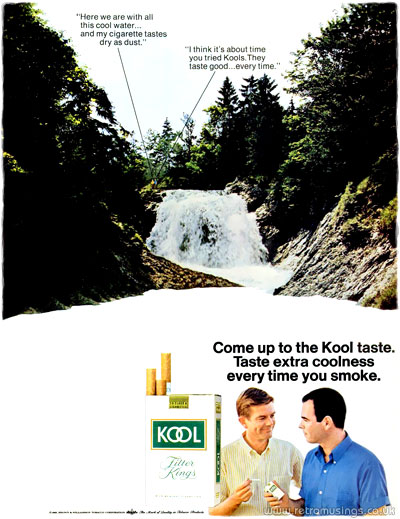 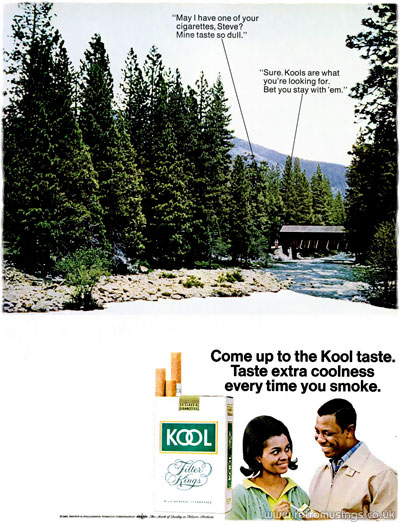 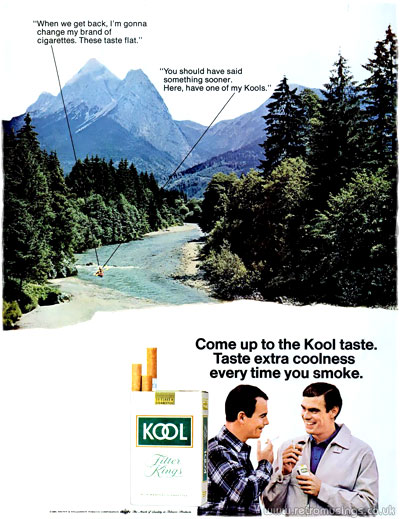 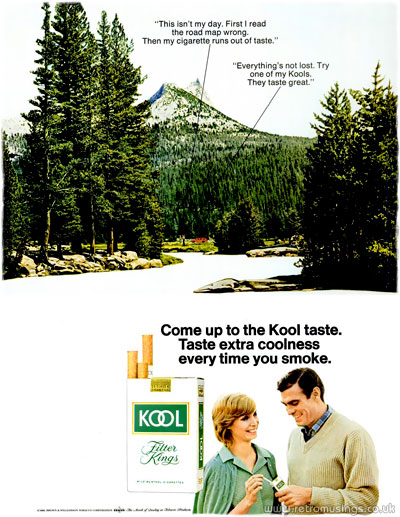 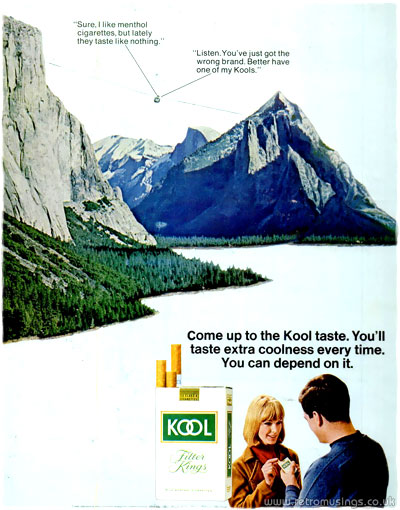