Lucky Strike [1933] Cigarette Adverts ~ No Thanks!

These ads for Lucky Strike cigarettes are from 1936-38 and were all about how gentle Luckies were on the throat. From 1937 the ads featured music and movie stars of the time. 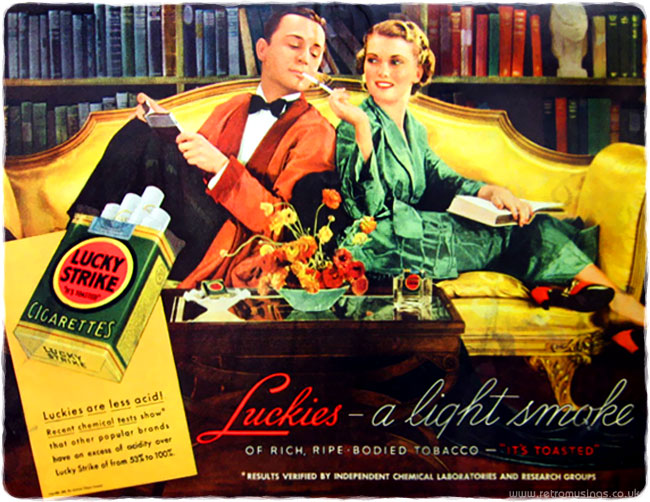 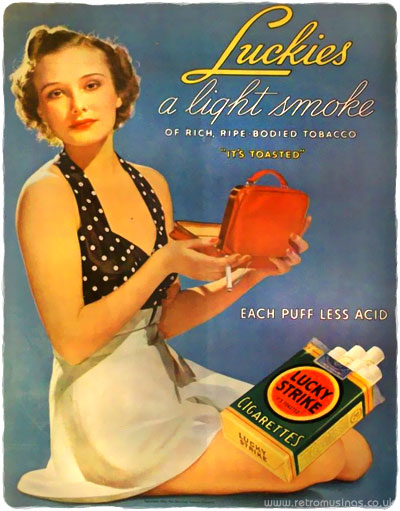 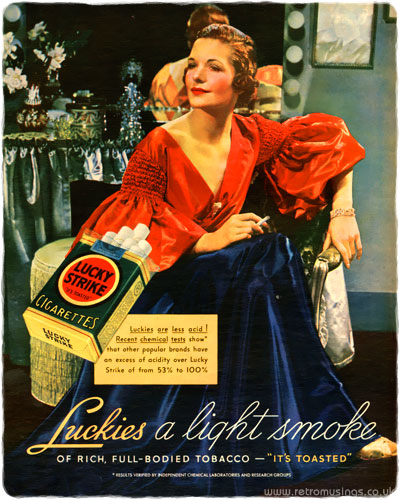 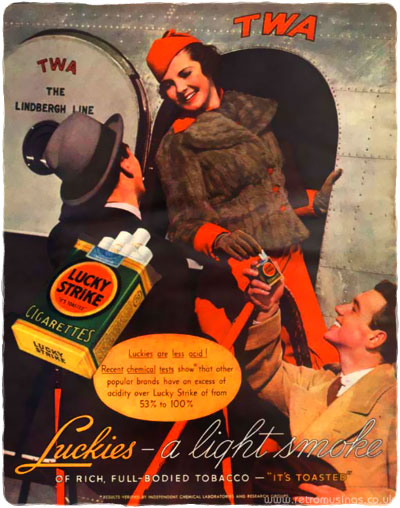 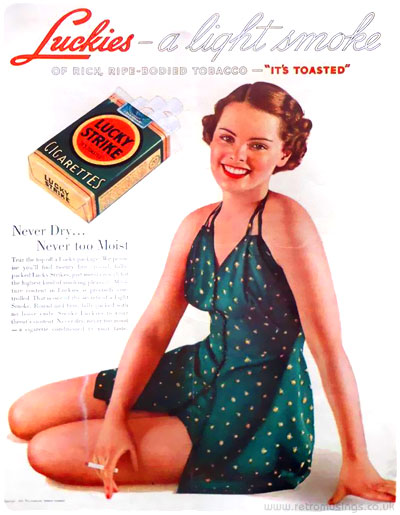 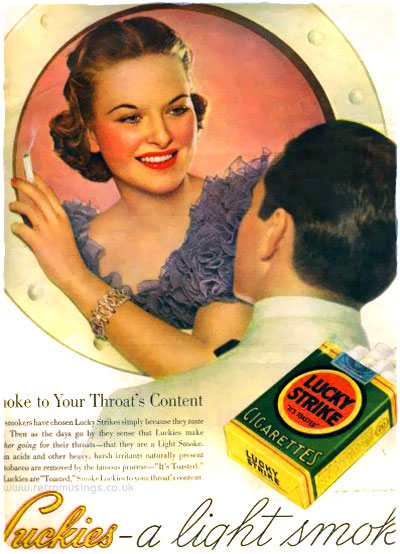 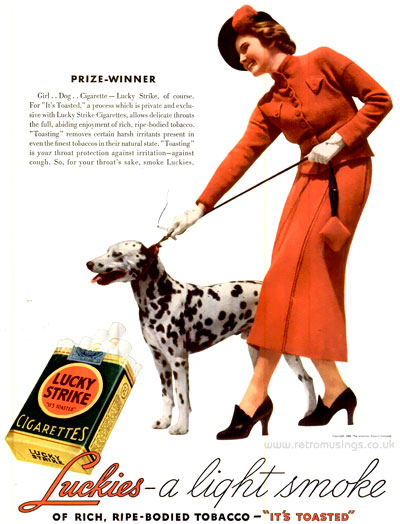 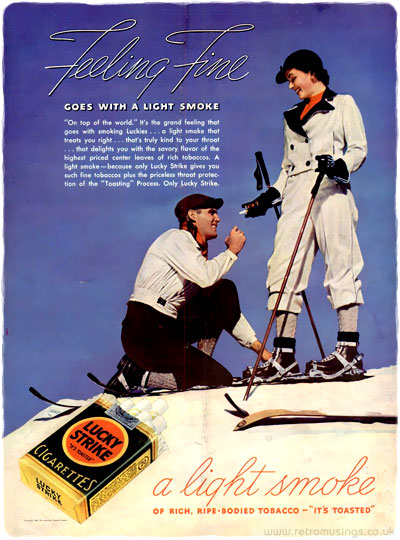 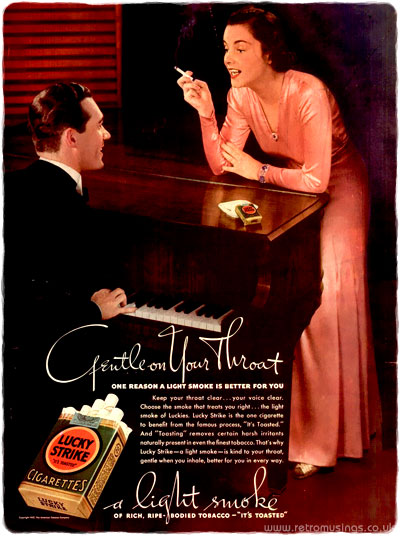 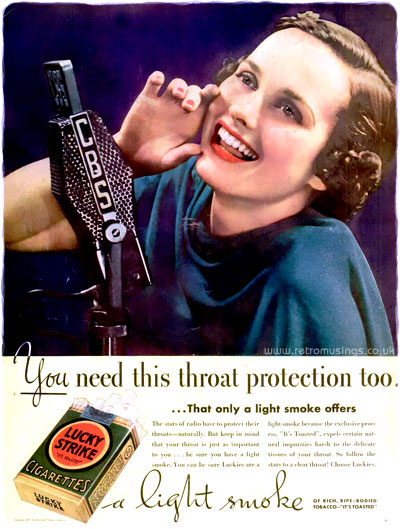 “It’s toasted – your throat protection against irritation, against cough.”

From 1937 the ads featured music and movie stars of the time.

“When I had to sing in a recent picture,” says Carole Lombard, “I considered giving up smoking. But my voice coach said I needn’t if I’d select a light smoke – Luckies.
“I soon found that even when singing and acting twelve hours a day, I can smoke as many Luckies as I like without throat irritation.” 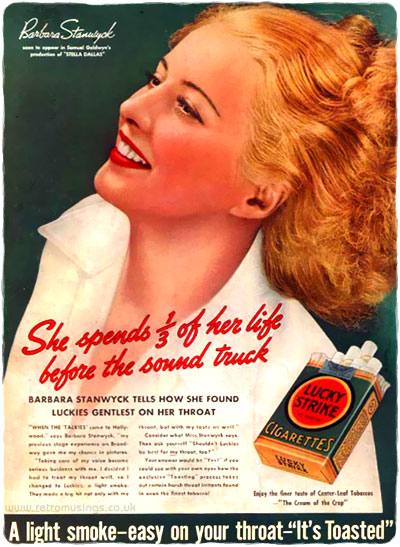 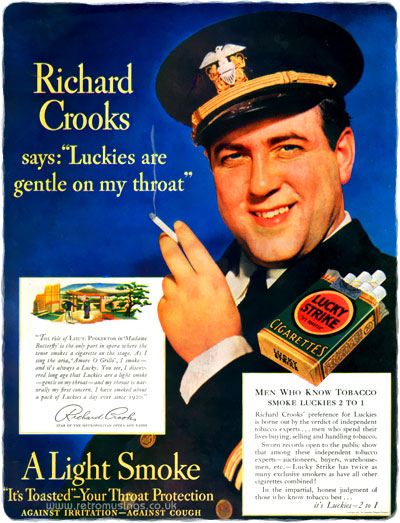 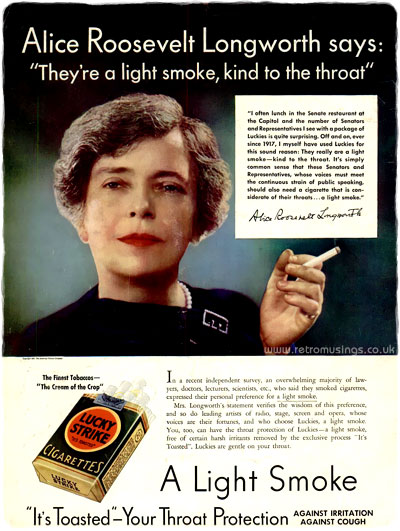 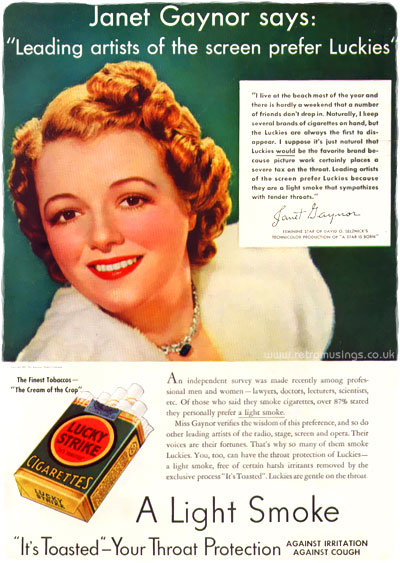 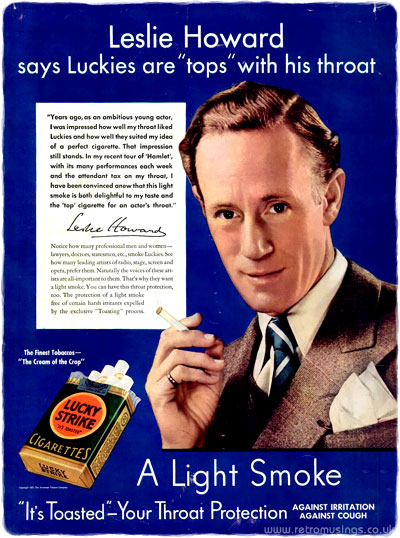 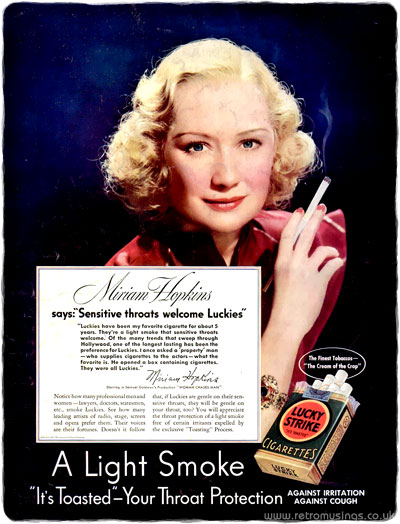 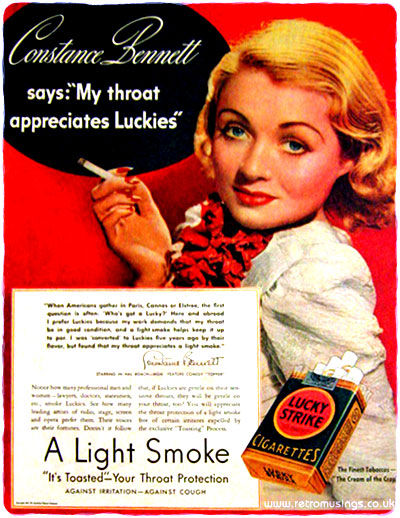 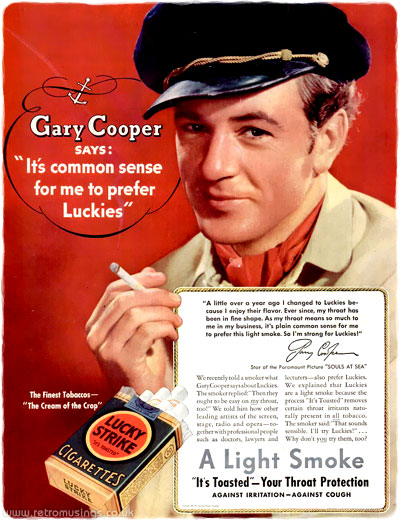 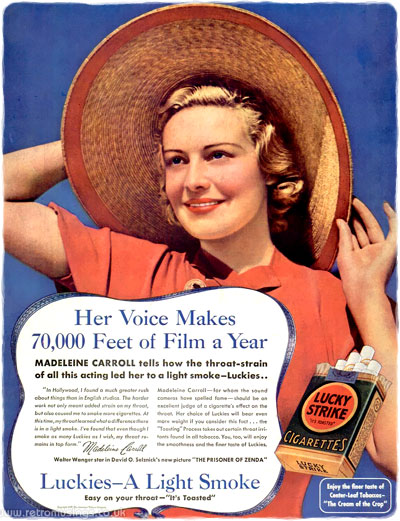 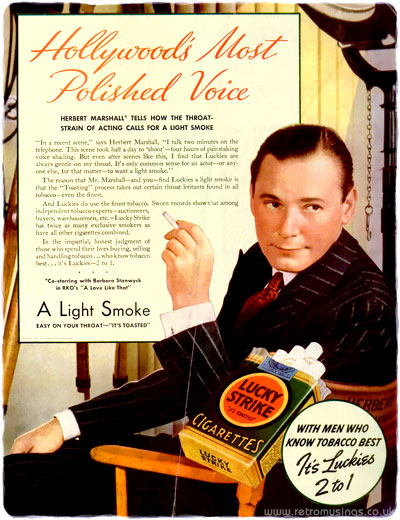 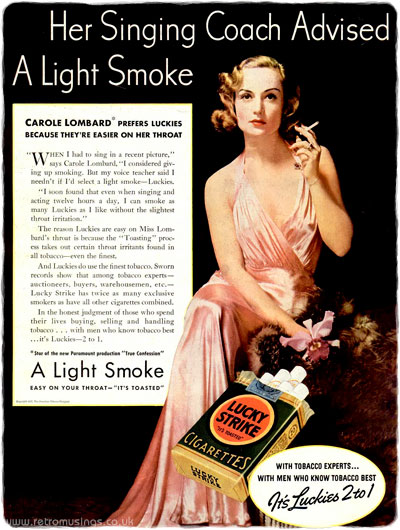 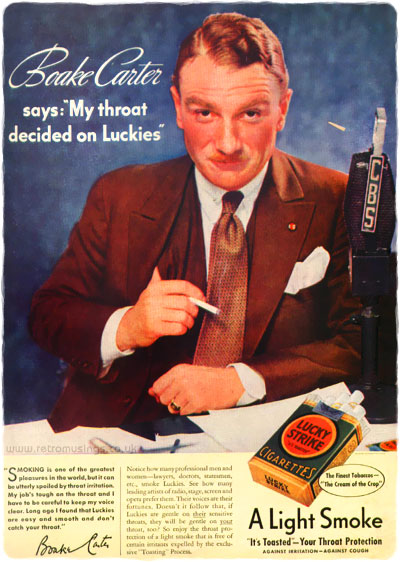 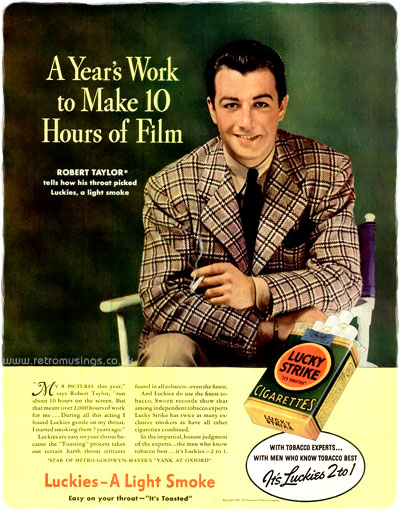 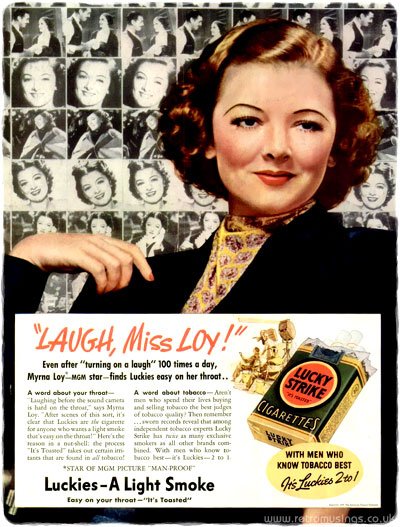 “Sworn records show that with men who know tobacco best – it’s Luckies 2 to 1!”

Towards the middle of 1938 the “light smoke” catchline began to fade and the “men who know tobacco” catchline crept in ready for the next ad campaign. 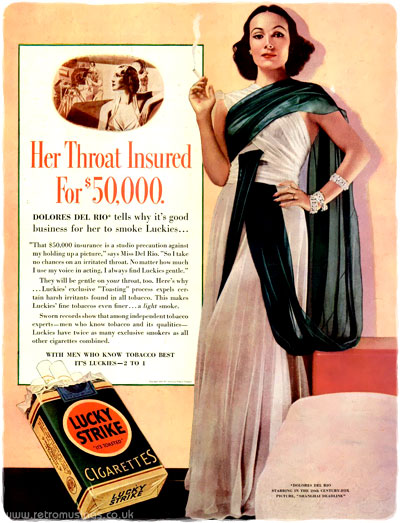 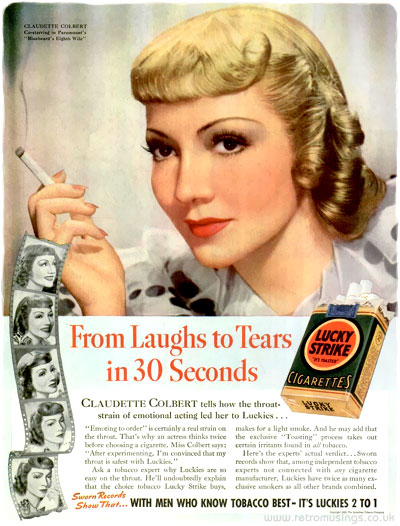 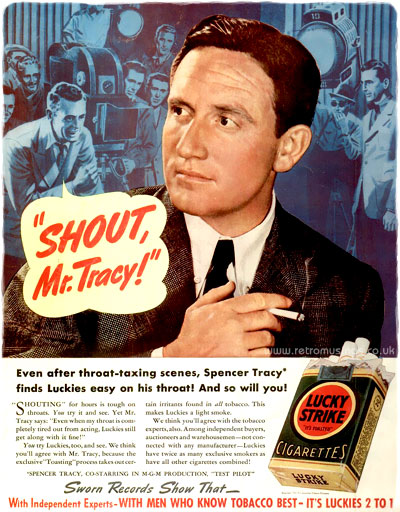 Lucky Strike [1933] Cigarette Adverts ~ No Thanks!