Pink Floyd "Dark Side Of The Moon" - Retro Music Badge/Magnet

“Mildness is a pleasure with Pall Mall.”

These ads for Pall Mall cigarettes date from 1956-57. Where previously they had all been illustrated, they were now a mixture of illustration or black and white photo. All still had red block backgrounds with white text, or red text on white as per older campaigns.

All the ads I have found from 1956 were black and white photos rather than illustrations, and from 1957 they were a mixture of photo or illustration (artwork by Mal Murley and Bob Peak). 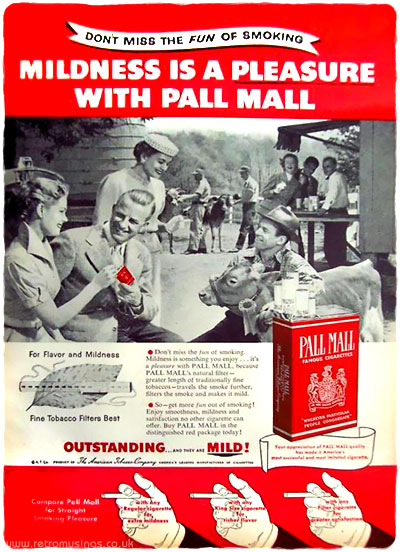 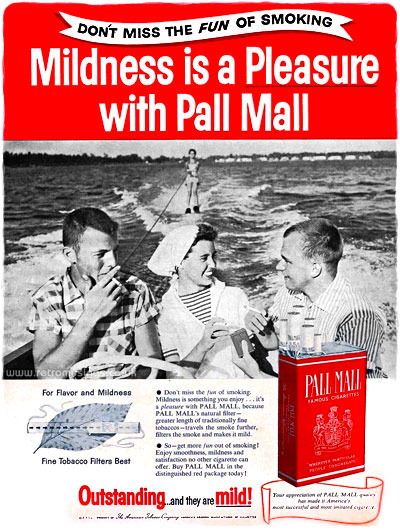 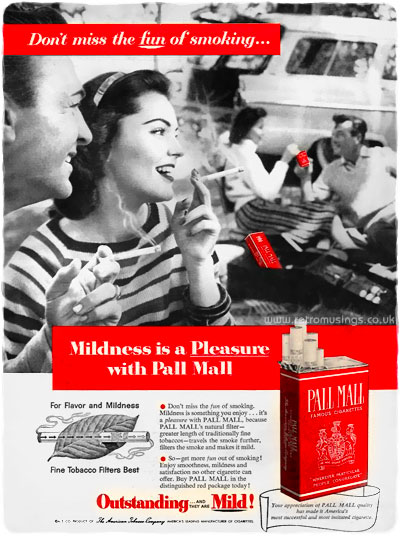 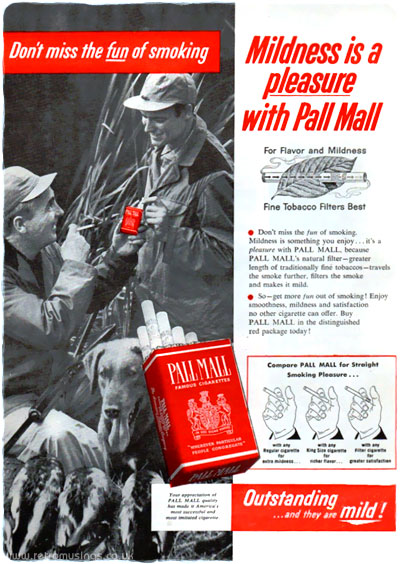 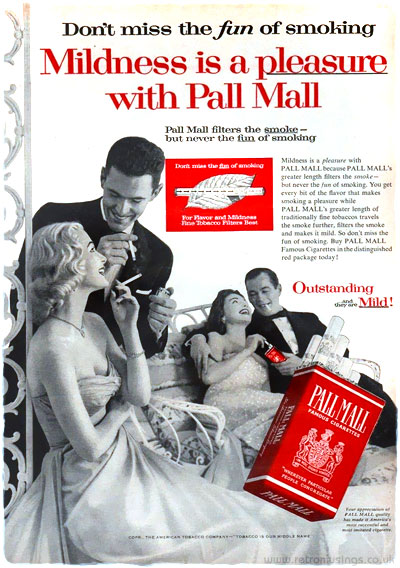 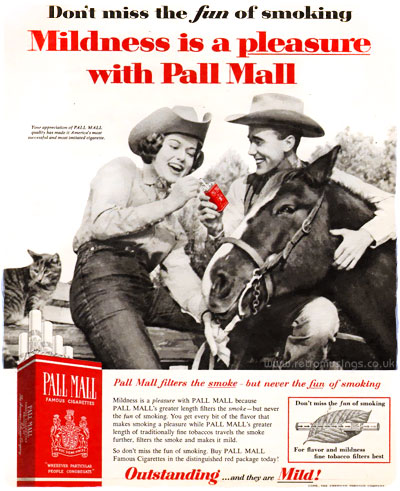 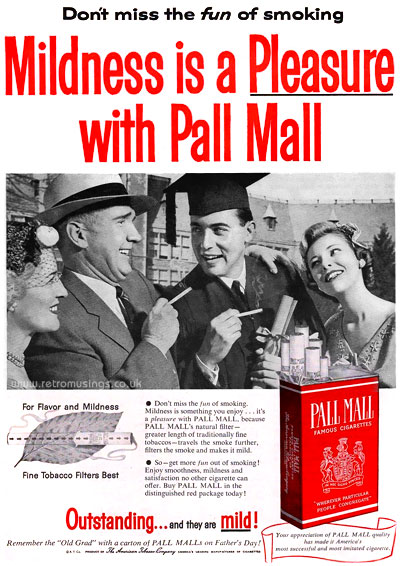 “Don’t miss the fun of smoking.”

These first two were illustrated by Mal Murley. 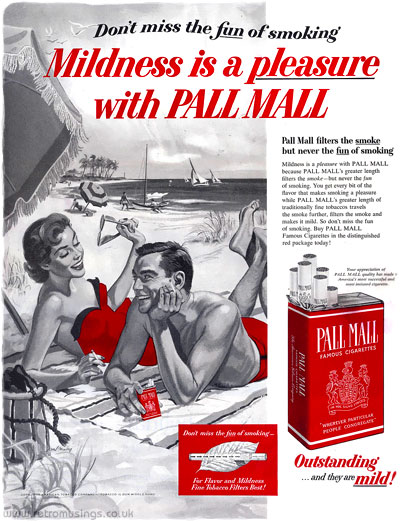 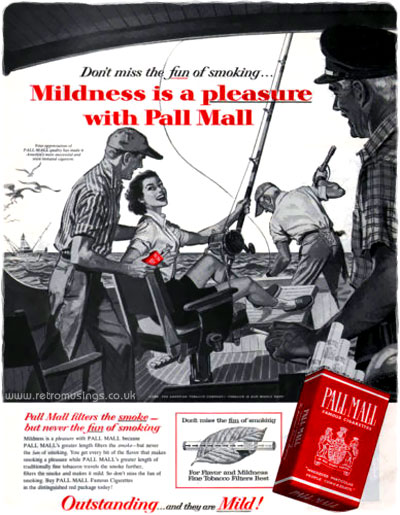 The below illustration by Bob Peak is quite different in style from the two above, and the only one found by this artist for Pall Mall. 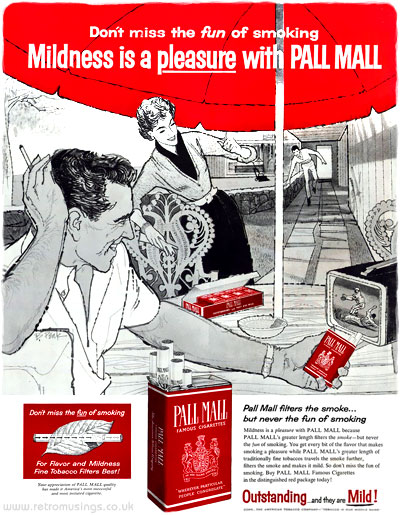