This illustrated ad campaign for various Philips CD/cassette players is from 1986-87. The ads featured a couple of characters called Tony and Carl.

“Now Tony could see all the speakers on his new compact disc compo.” 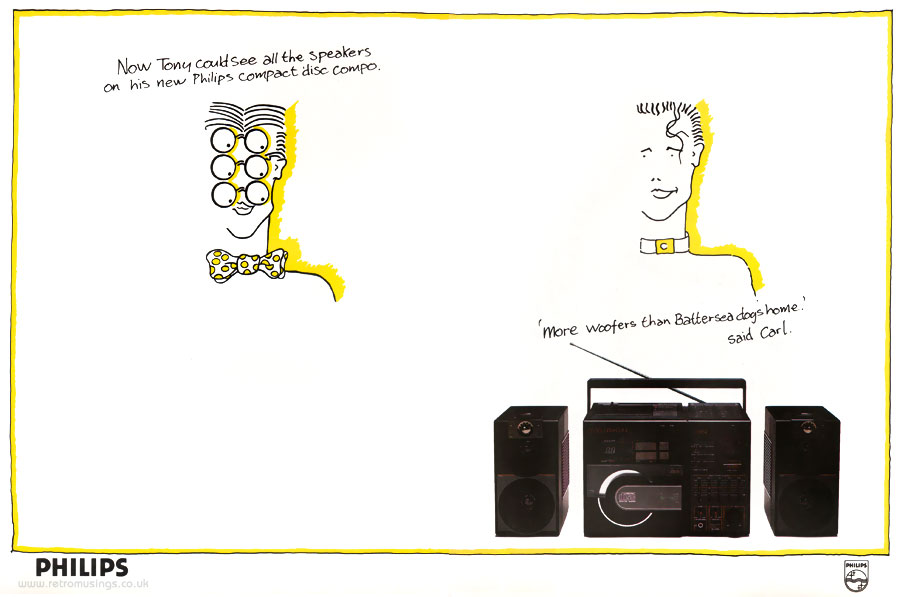 “The amazing volume of the D8458 sent Carl totally out of his skull.” 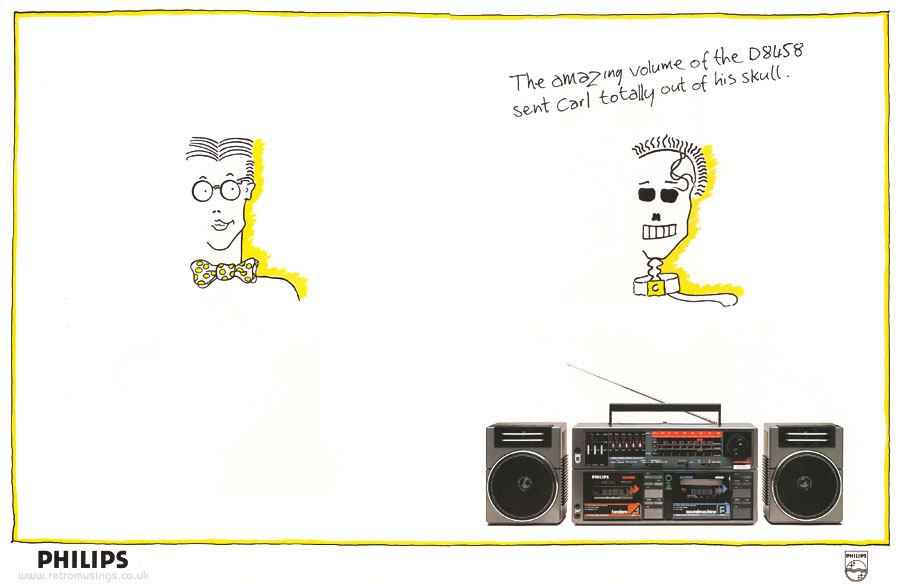 “Tony felt like a real spamhead when Carl got the new Philips Roller.” 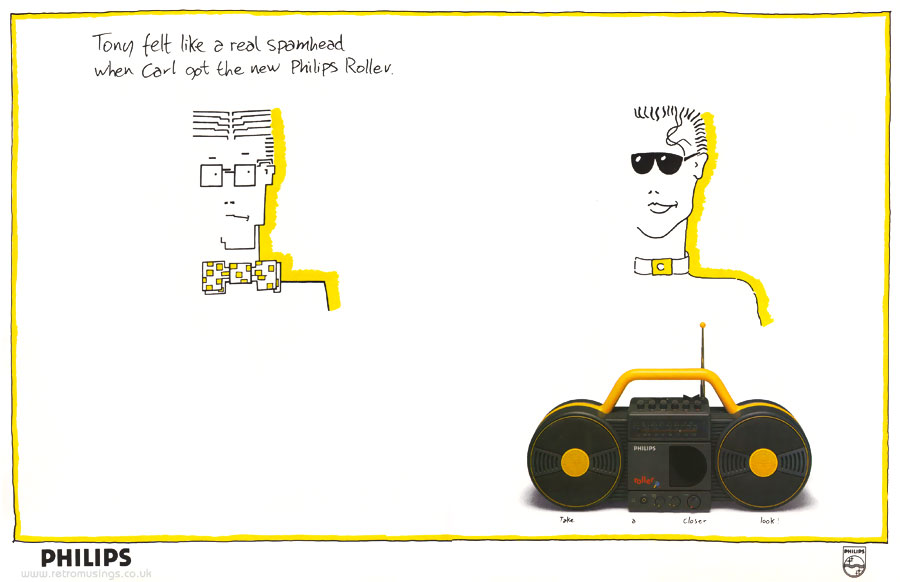 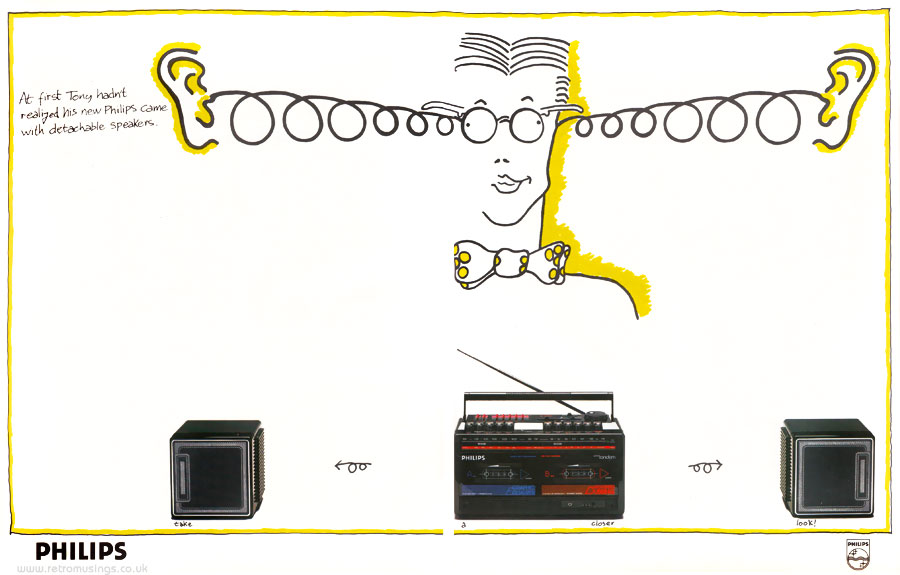 “The 25 watt Philips compact disc spread Tony all over his bedroom.” 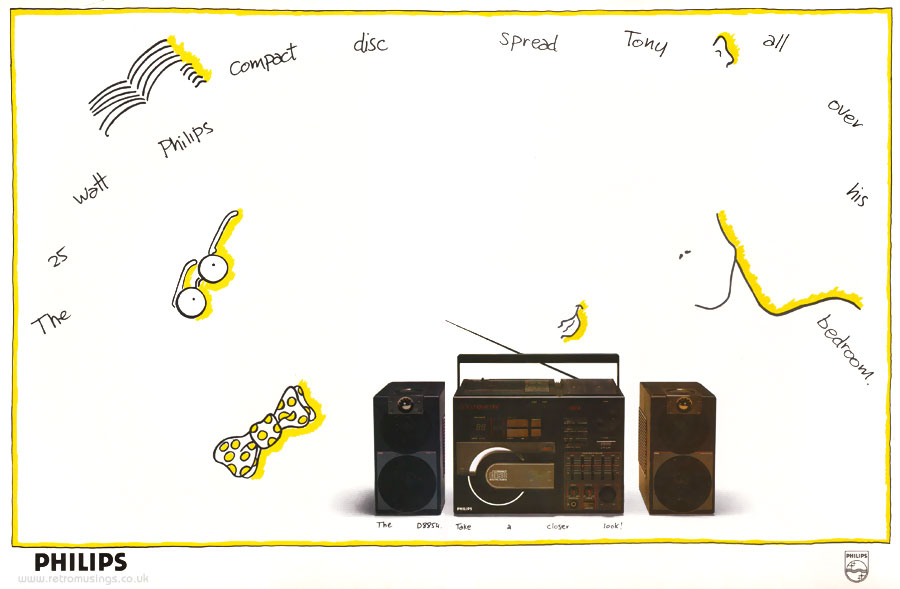 “Carl felt slightly sorry for his flatmates now he had the 24 watt Philips D8958.” 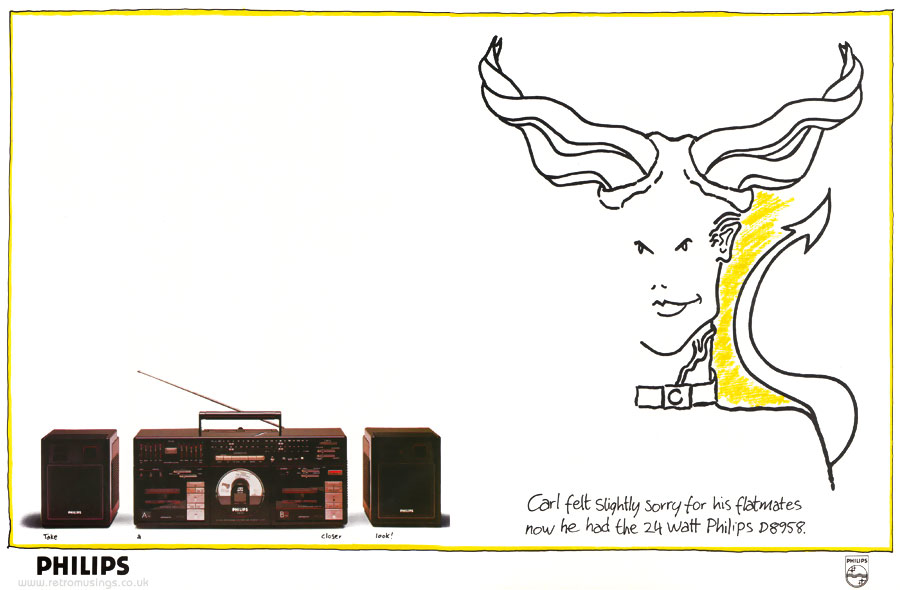 “The twiddly bits on the D8168 were having a disturbing effect.” 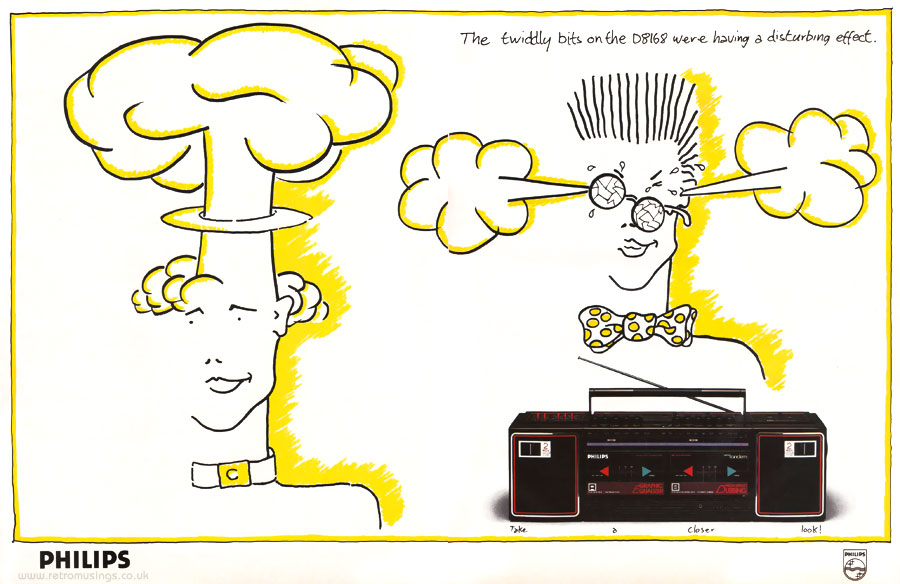 “Tony pushed Carl’s head into ‘tape B’ and pressed Record.”.” 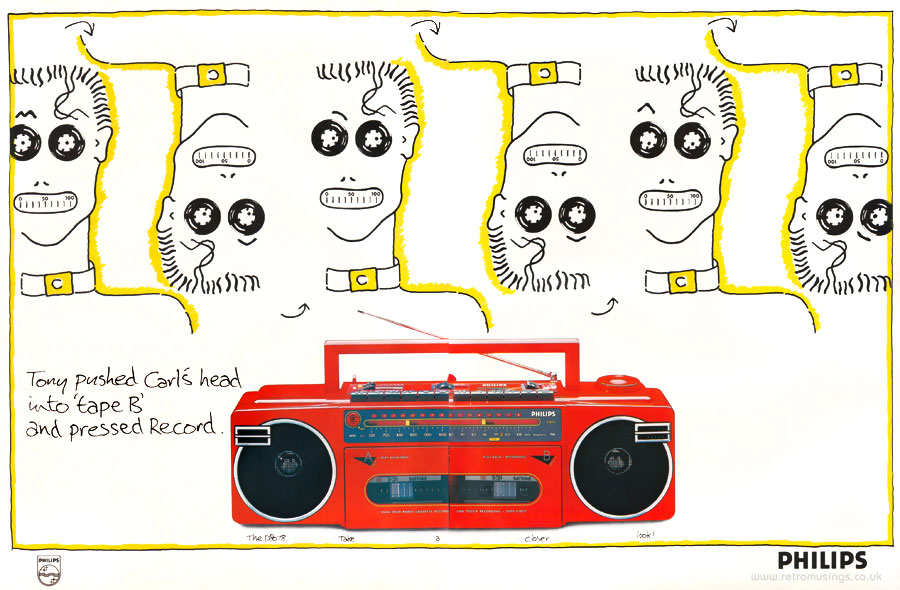