These ads for Sinclair “Opaline” motor oil are from 1947. The ads had a magical theme, and featured stars of current movies.

“Pictured on the magic flying carpet is Alexis Smith who gives a magic performance in “Stallion Road”.”

“Star of this famous Indian Rope Trick is Jack Carson starring in “Love And Learn”.” 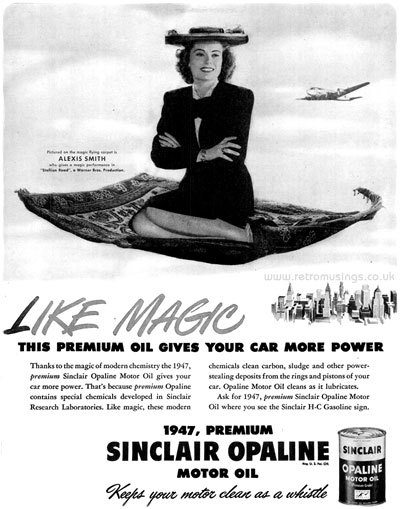 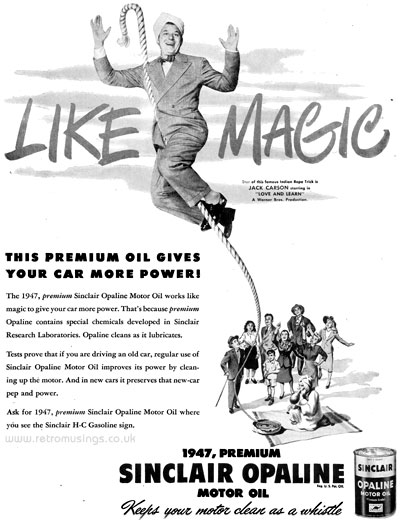 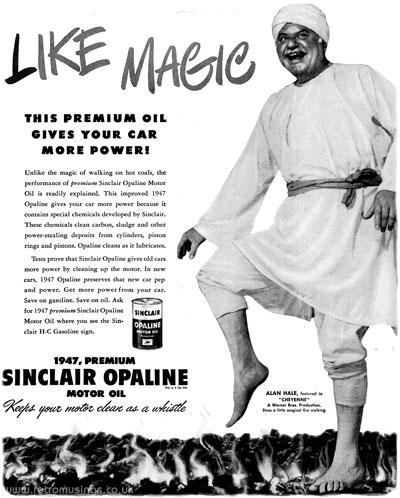 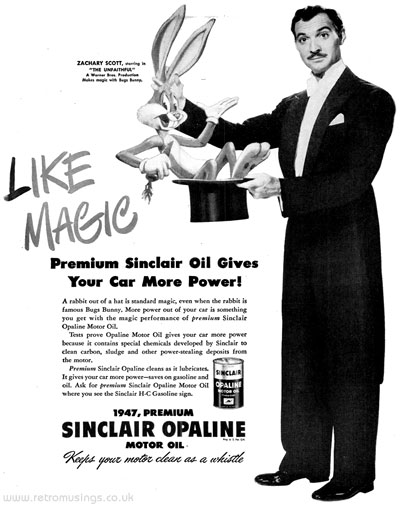 “Featuring in this Sinclair Opaline magic act are Danny Kaye and Virginia Mayo, stars of “The Secret Life Of Walter Mitty”.”

“Stars of this Sinclair Opaline magic trick are George Brent and Carole Landis, starring in “Out Of The Blue”.” 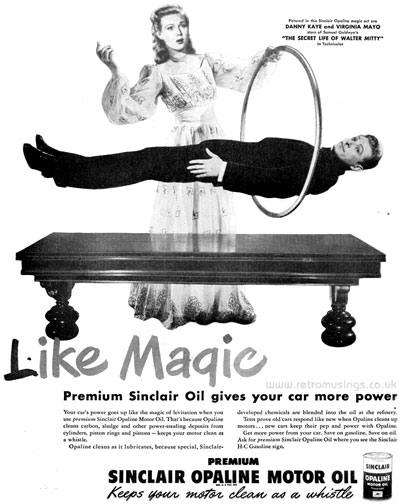 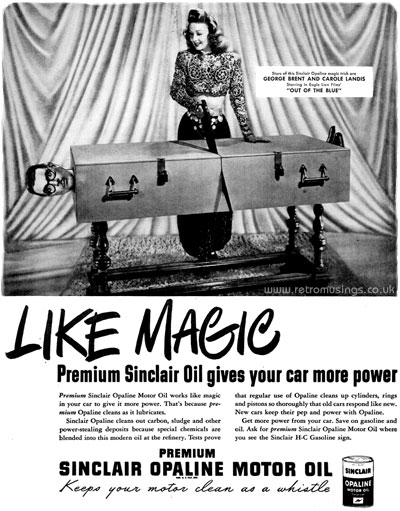 “Astride Sinclair Opaline’s magic broomstick is Lynn Bari, starring in “The Man From Texas”.” 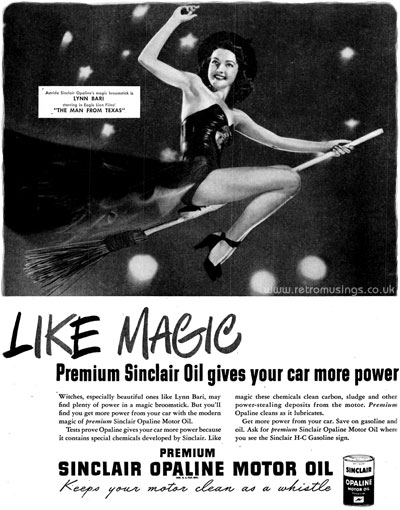 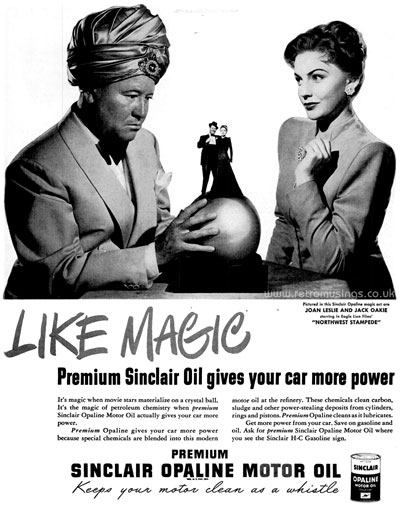