This ad campaign for Tareyton cigarettes dates from 1957. There were two different styles used; the earlier ads featured the models full back and turned head, and the later ads used just the heads. 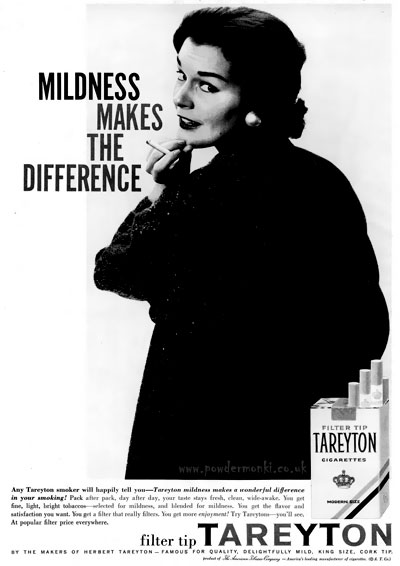 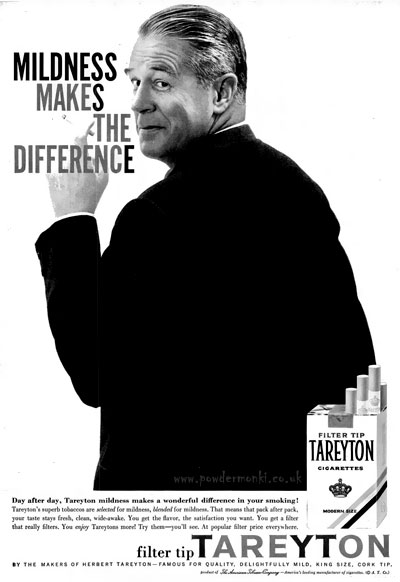 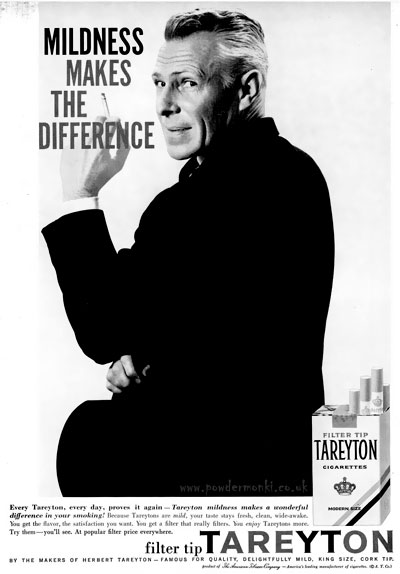 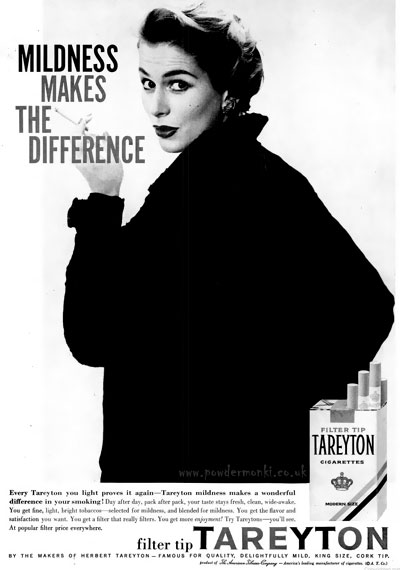 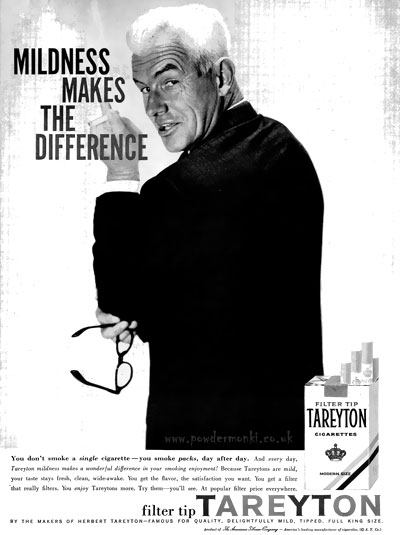 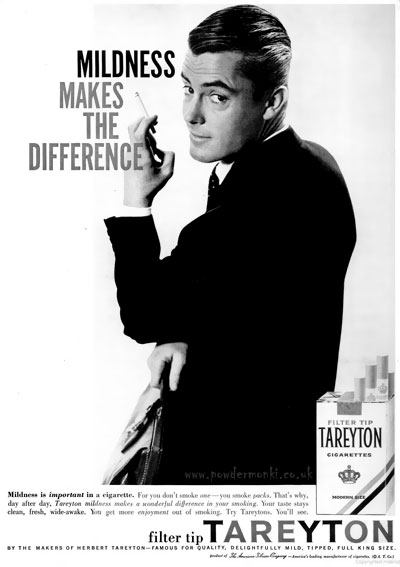 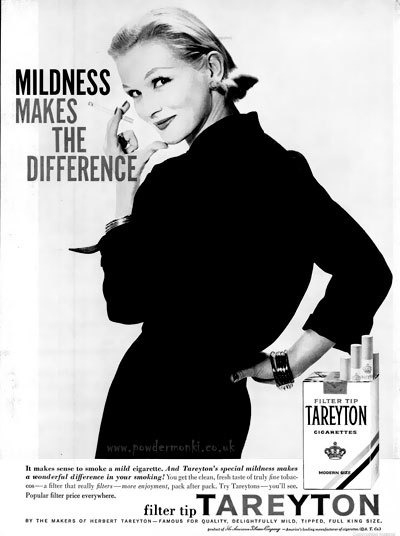 “Pack after pack, day after day…”

The later ads used the same shots as above, but zoomed in on the heads. 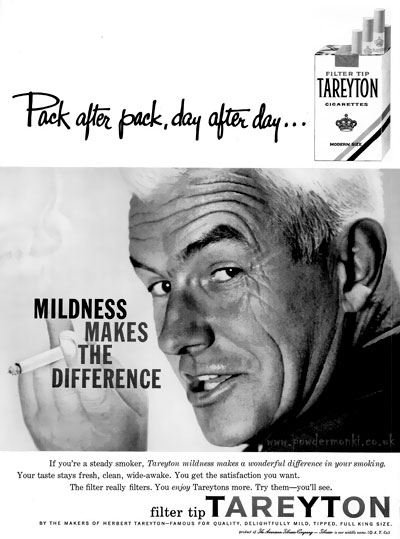 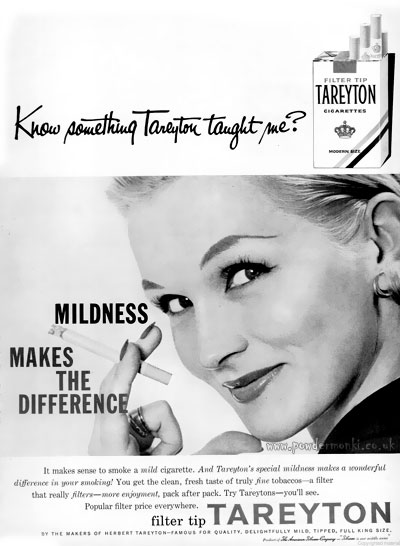 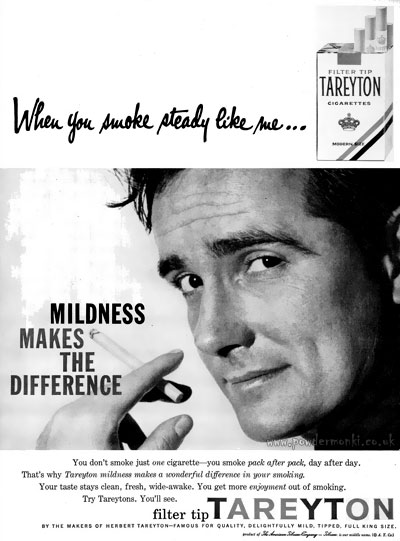 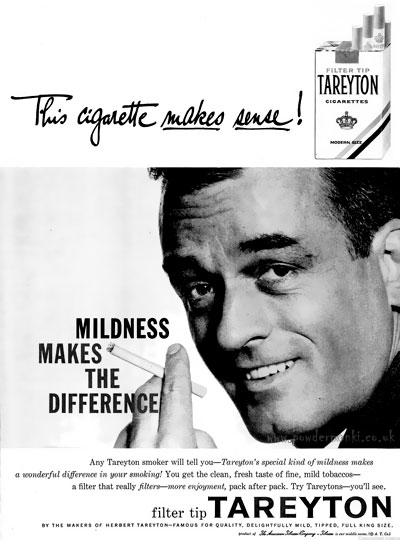 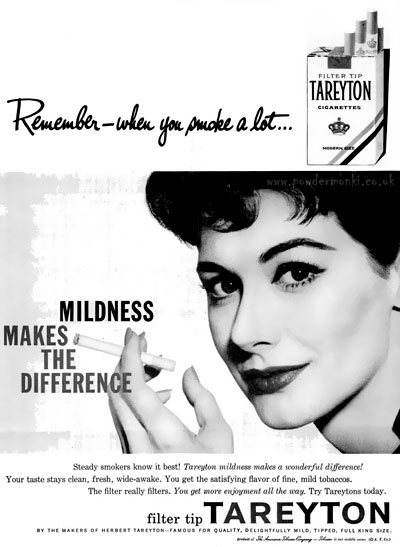 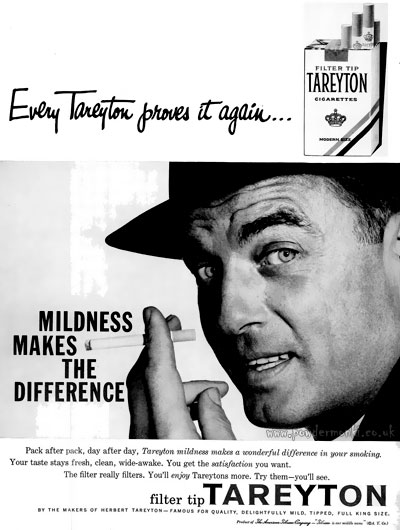