I came back with an excellent selection of toys and books from the Lions charity shop last Saturday, including a full set of Sesame Street “On My Way” books, a Jack and Jill book from 1971, and various soft toys including a farting Grumples, a moaning Flufflings, a talking Hoobs, accident prone Mr Men, a tiny Furby, and a baby Puppy Surprise! 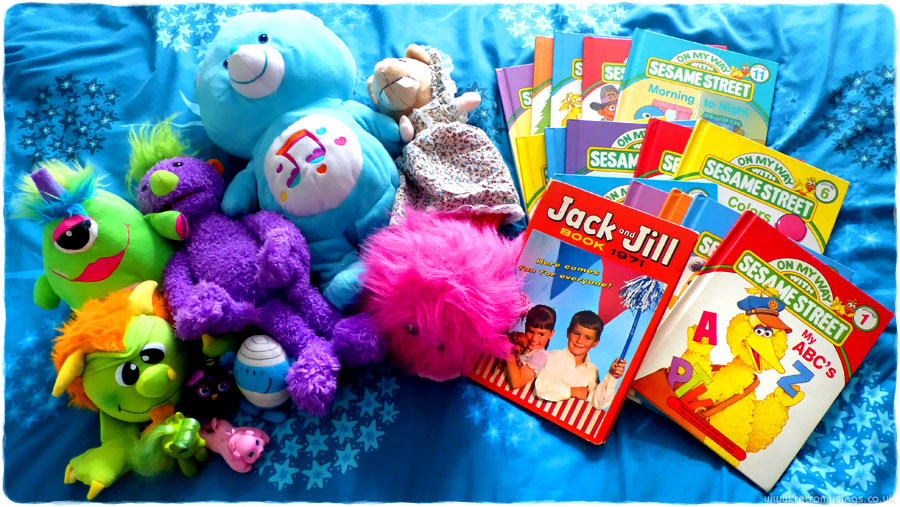 I found so may soft toys I kept dropping them on the floor as I moved around the shop! I found a weird and wonderful Flufflings (working), a Grumples (aka Razzcals) by Matchbox called “Thunder” from the late 1980’s (very excited to find and still farts loudly), and a Cyclops monster of some sort.

You can find out more about Grumples here:
www.ghostofthedoll.co.uk/grumples.php

I spotted a purple Flufflings in a charity shop a few weeks back but they wanted more than I was willing to spend so put it back. I didn’t test it out so had no idea what it might do, but the pink one was already turned on and  when I grabbed it from the pile it started pulsating and moaning loudly! 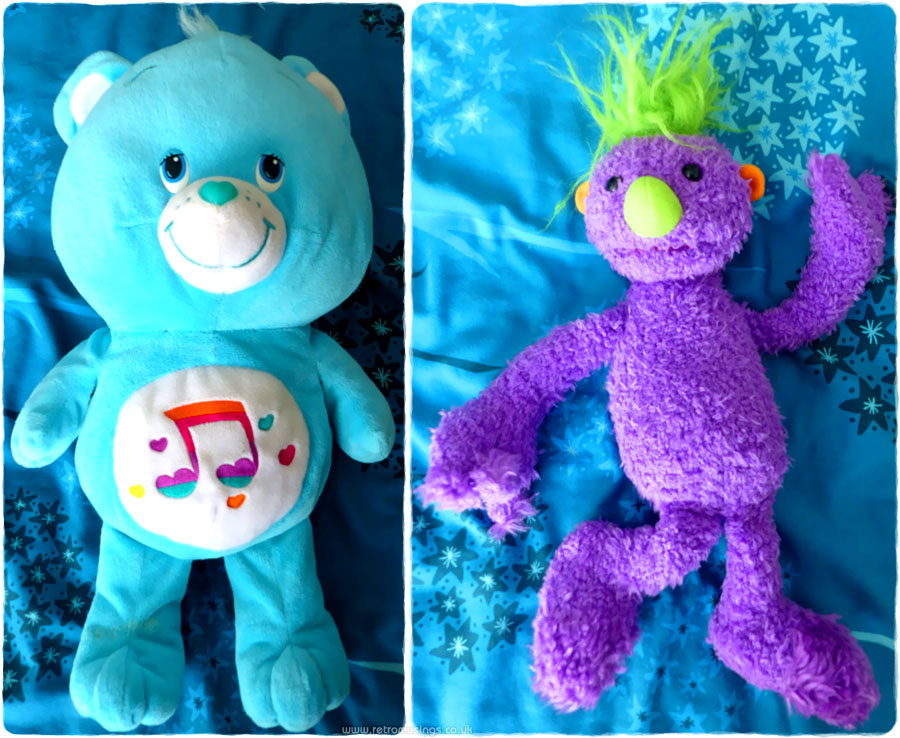 Mr Bump is a McDonalds Happy Meal toy from 1999, and the Furby is also a McDonalds Happy Meal toy (2016). I see these little Furby’s around all the time and usually just ignore them, but the black one just appealed to me.
I also found one lost little Puppy Surprise baby from the modern re-issue by Just Play. The green pegasus has no branding, I just thought it was cute with its red wings. 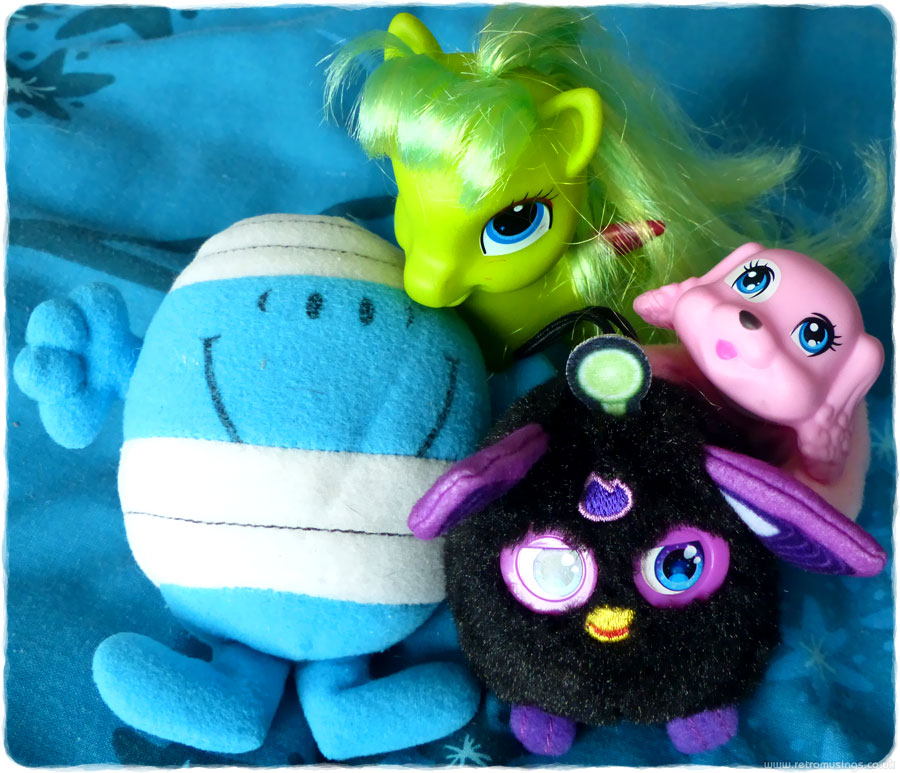 Finally, this rag doll isn’t my usual soft toy buy but it has an old fashioned quality about it even though it is modern. It very cleverly turns from Little Red Riding Hood, into her Grandma, and then the Big Bad Wolf! Or maybe Grandma eats the wolf, then turns back into a young woman again? Either way, he’s staying as Mr Wolf in a floral dress and bonnet now!

I really love the illustrations in the 1980’s Sesame Street books, so when I saw this pile of fifteen “On My Way With Sesame Street” books from 1989 and snapped them up! I particularly like book number two as it is full of The Count counting various weird and wonderful things. 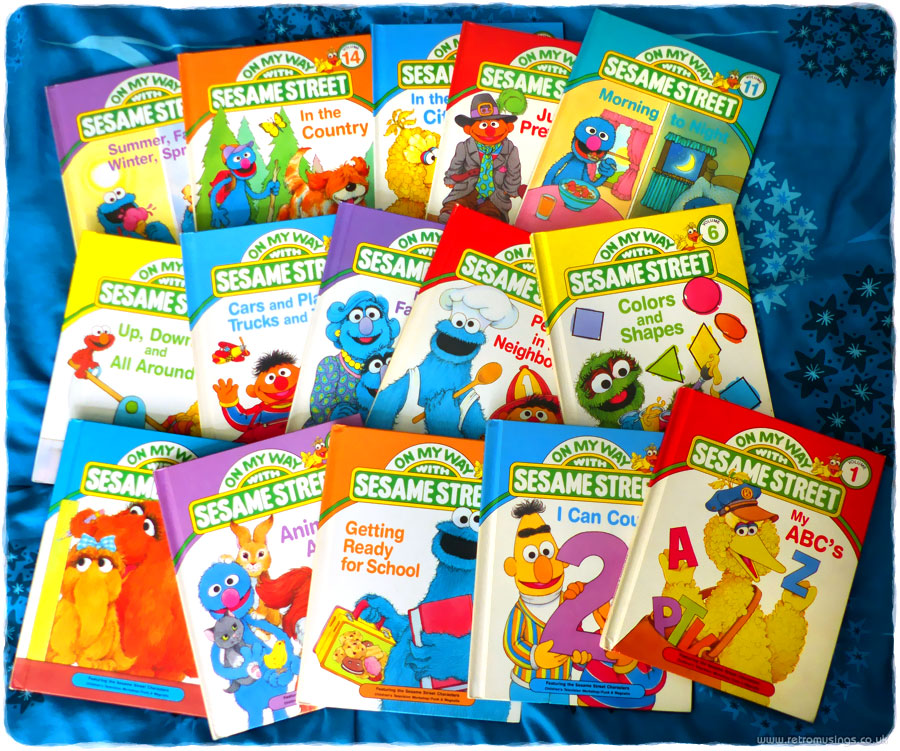 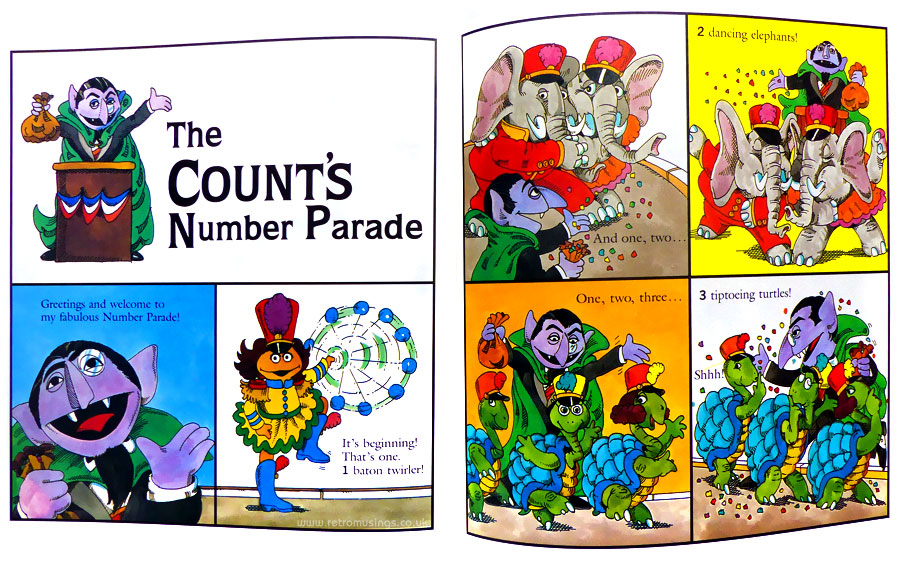 This Jack and Jill book from 1971 is full of fun cartoons and wacky illustrations. 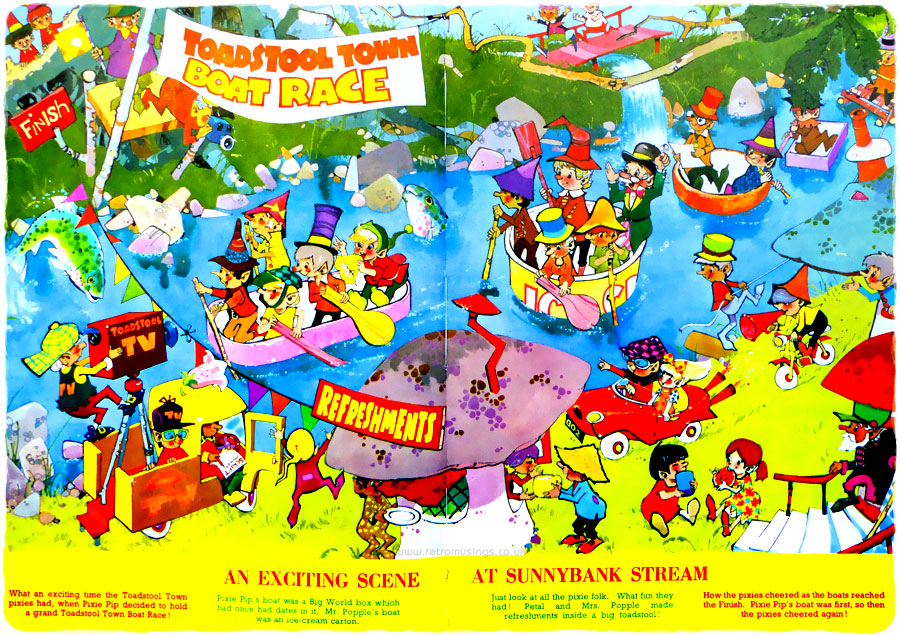 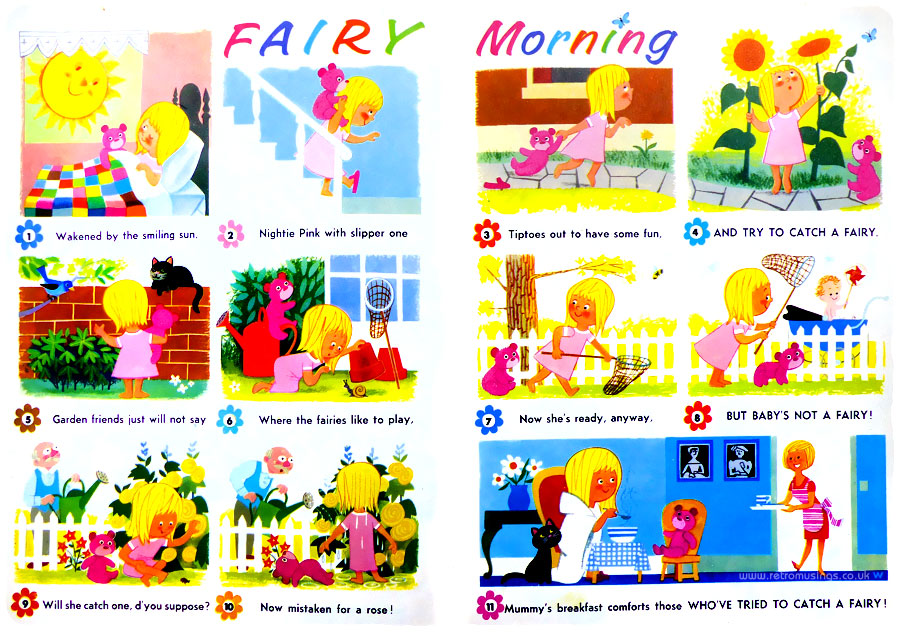