I found these three lovelies at the weekend in a charity shop and were too colourful to miss!

The purple figure is a Punzels, produced by Vivid Imaginations in 2007. They are quite hard to come by apparently, so a lucky find. I may add them into Ghost Of The Doll if I can find enough information.

The other two dolls are from a line called Novi Stars, produced by MGA 2012-14. These two are dated 2013 and called Ina Ferna and Anne Arctic. Ina Ferna’s crown lights up when her left antenna is pushed and Anne Arctic’s legs are full of glittery liquid. I’m definitely snapping more of these up if I ever see them again! 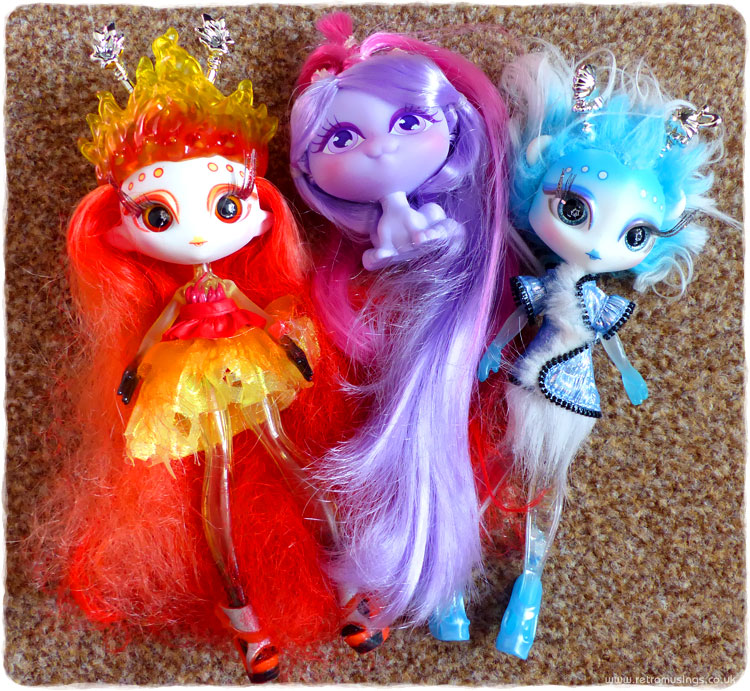