This was staring at me from a basket outside the shop. I think it is a hat. I shall be wearing it as such. The big kitten likes it. 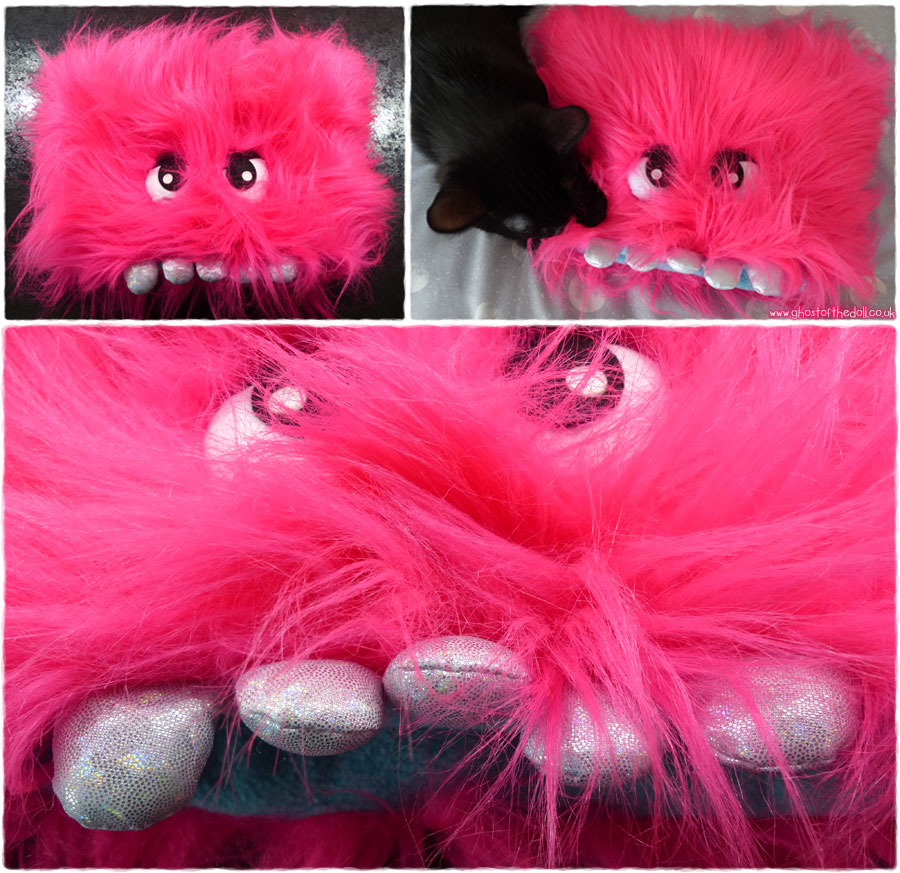 At first I wasn’t sure why she had a propeller on her back, then I realised – it’s for bubbles! The yellow bow on her waist pulls out and spins the blades on her back. My bubble mixture isn’t very gloopy so kept dripping off before the bubbles could form. The little kitten was not impressed but I like it.

I suspected this little pony was the top to something, and that it wasn’t an ink stamp as the rim around the edge is too prominent. Turns out it is the top to a tub of Play-Doh from 2004.

I liked the look of this little guy but didn’t know who he was for sure (his boots hinted at a Mr Man) until I did a search using the manufacturers marks on his feet (Mattel and Thoip). I found him to be Mr Rude, one of the later Mr Men additions from 2003 (hence why I didn’t recognise him!). The packaging is marked Fisher-Price, 2008. He is as wide as he is tall (6.5cm), and quite solid! 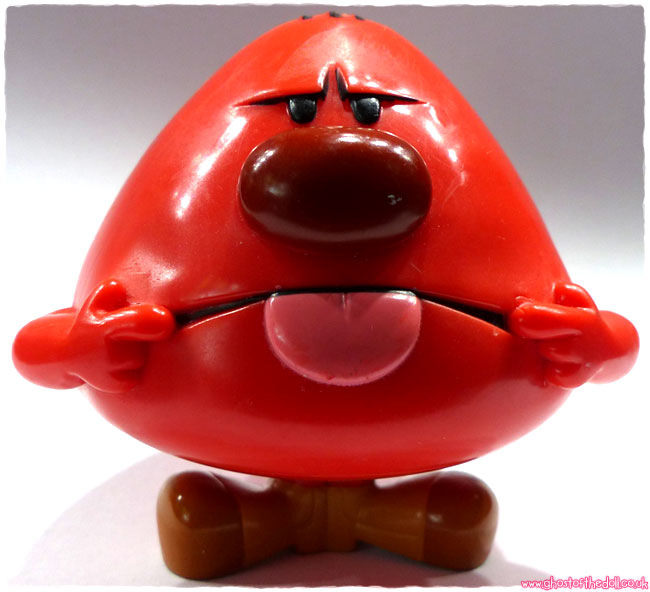 This little aeroplane caught my eye in the toy box because it was metal rather than plastic. I didn’t know who the pilot was until I researched it, but it reminded me of Darlin’ Dinos.  It is marked 1997 The Lyons Group, and the packaging is marked Playskool. 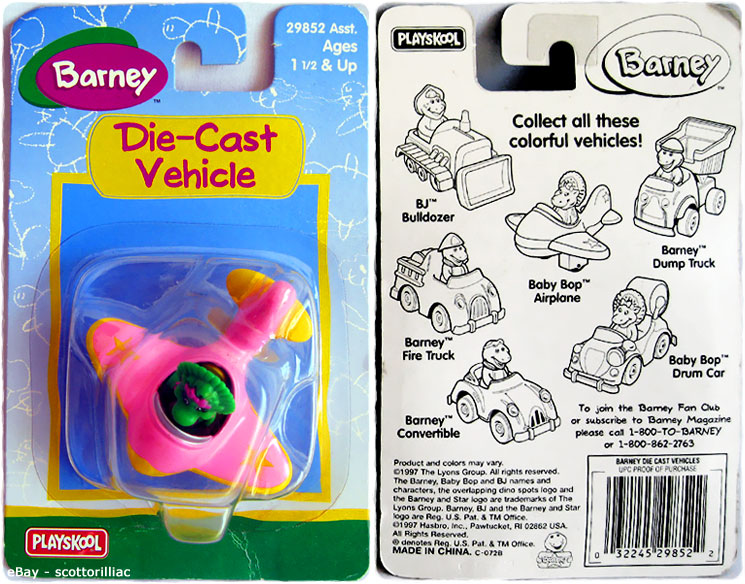 I wasn’t sure quite who this plush beanie was either, but thought it was maybe something from Pokemon or similar. I looked it up and it turned out to be from Digimon. It was made by Bandai in 2000. Little kitty loves it!

I found three of the four Teletubbies characters (no Tinky Winky) in keyring form. They have flat feet so can also be displayed as figures and are marked RagDoll 1996, which was really, really hard to read! 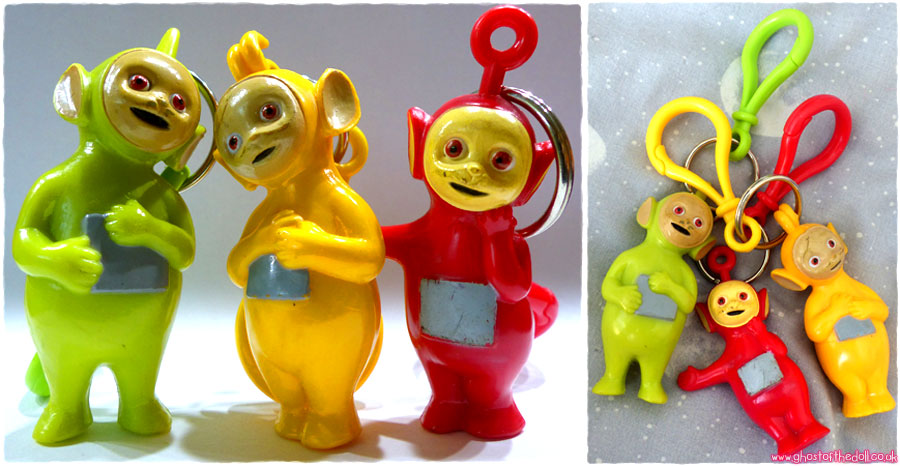 I’ve always loved Meg and Mog, although never owned any of my own growing up. This is only the second book I have ever come across in a charity shop. Little kitty is now also a fan.

They were written by Helen Nicoll and illustrated by Jan Pieńkowski and the book I found was the first in the series, first published in 1972 (this edition is 1985). 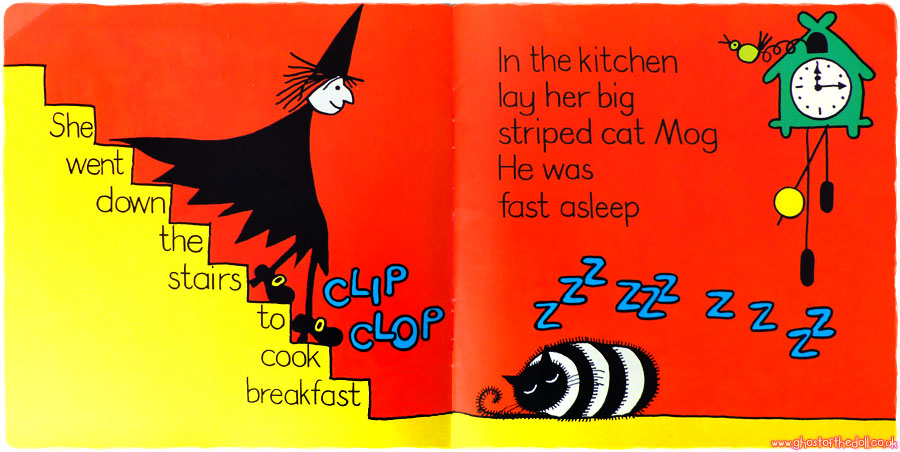 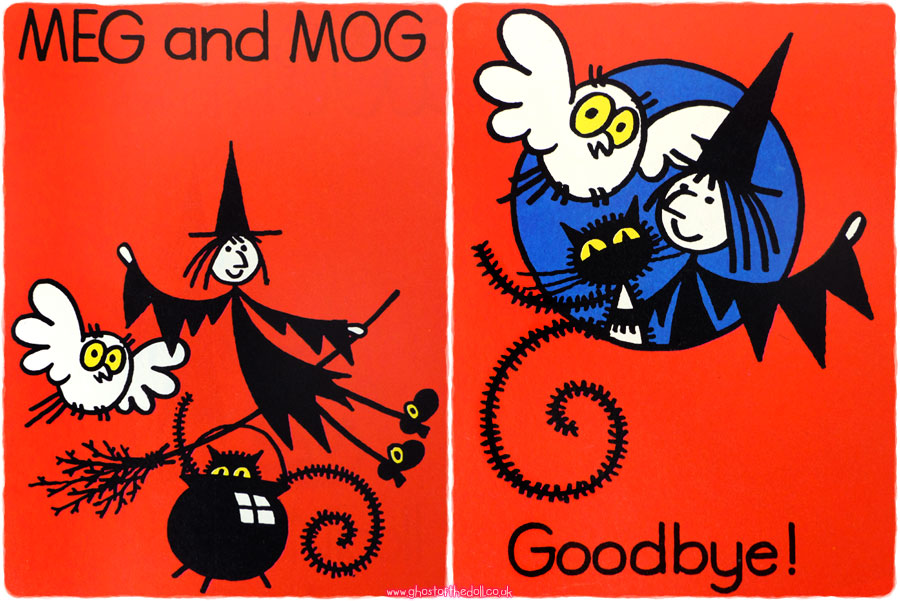 There was a whole box of Cliff Richard LP’s, with Stories of Larry The Lamb in Toytown (1973) hidden within.

“Children have been revelling in the adventures of Larry the Lamb, Dennis the Dachshund and Ernest the Policeman for over forty years. First broadcast on radio by the BBC in 1929, the stories were a mainstay of Children;s Hour until 1969. They have now been excitingly and colourfully adapted for the small screen especially for Thames Television. This recording contains four complete stories from one of the most popular children’s series ever devised – Larry the Lamb in Toytown.” 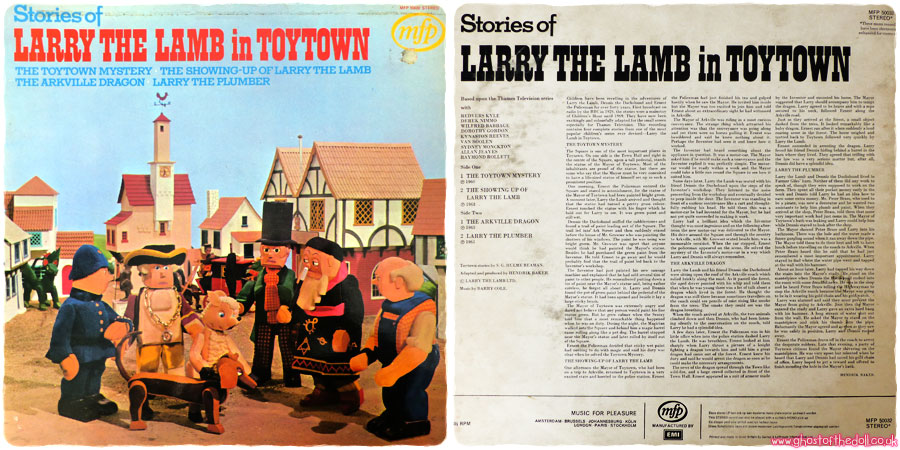 I just bought series six of Frasier (eBay), this one is series ten which first aired in the US in 2002-03.