An unexpected trip down the road to buy brushes for broom handles at the weekend resulted in this random selection of items from the Lions Club charity shop.

I found a Palace Pets cat, a My Little Pony, a dress-up doll, a panda purse, Ghostbusters, and the craziest duvet set I have ever seen! 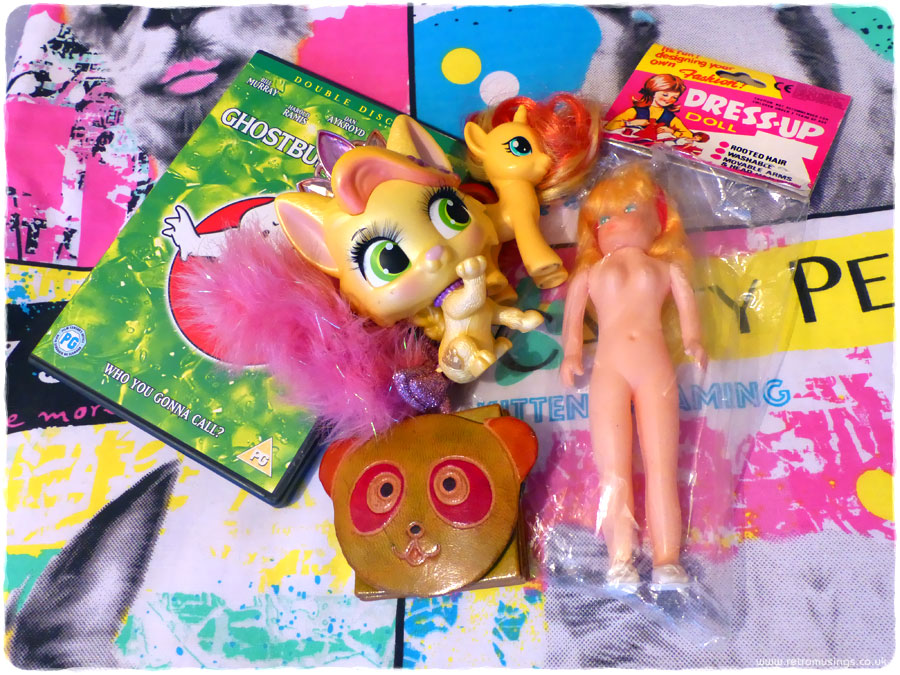 This is Rapunzel’s kitty “Summer“, a Singing & Talking toy from the Disney Princess line “Palace Pets“. She has a button on her collar, and when pushed says a selection of phrases. I found a big plush version a few months ago. 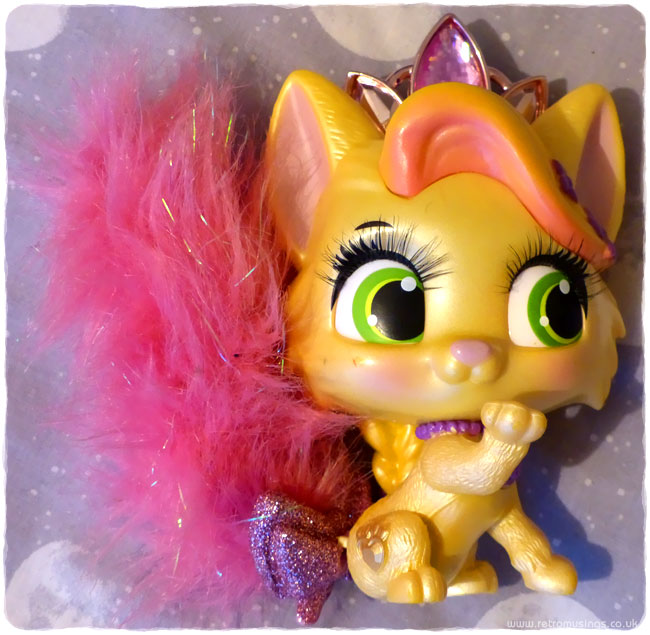 There looks to have been two slightly different versions, may be UK/US releases? My version is on the left. I think they are from around 2015.

Note how the packaging says “I say and sing over 6 phrases!”? She says 7. 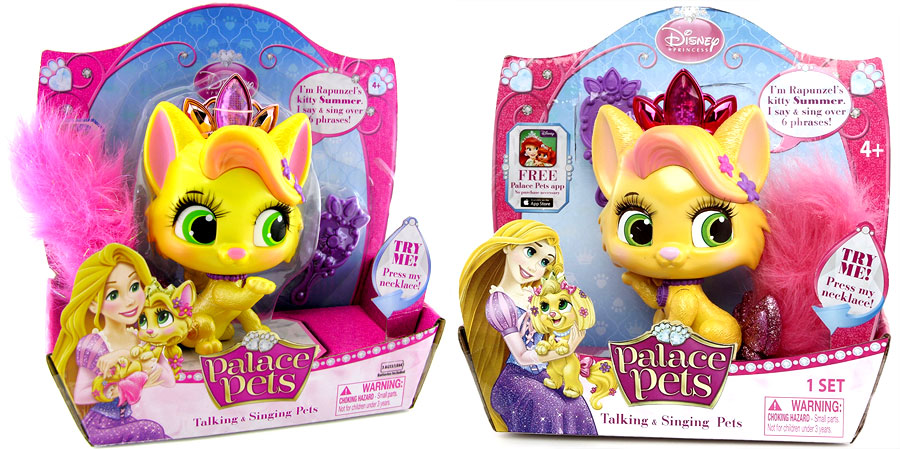 I don’t ususaly bother with My Little Pony unless they are G1, but I quite like some of the little G4 ponies. This one is “Sunset Shimmer” from 2013. 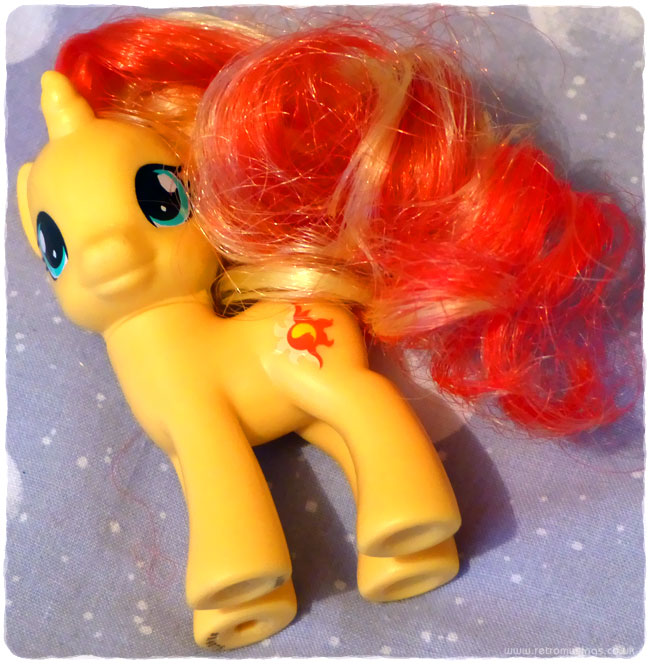 She originally came with a comb and mask. 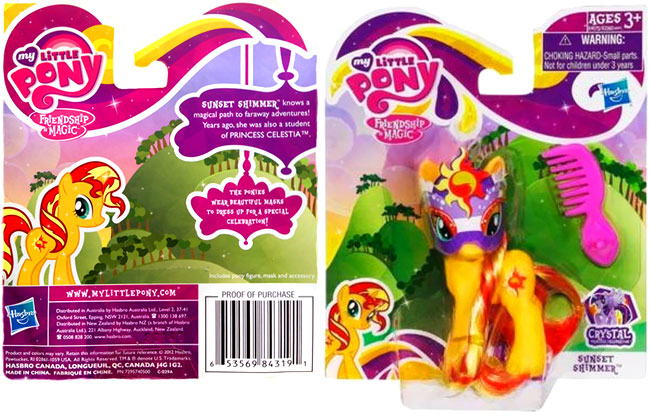 “It’s fun designing your own fashions!”

This Dress-Up Doll could have been manufactured at any time from the 1980’s onwards. It’s the sort of toy you used to find in news agents back in the day, and still can in some places (if you are really lucky!). 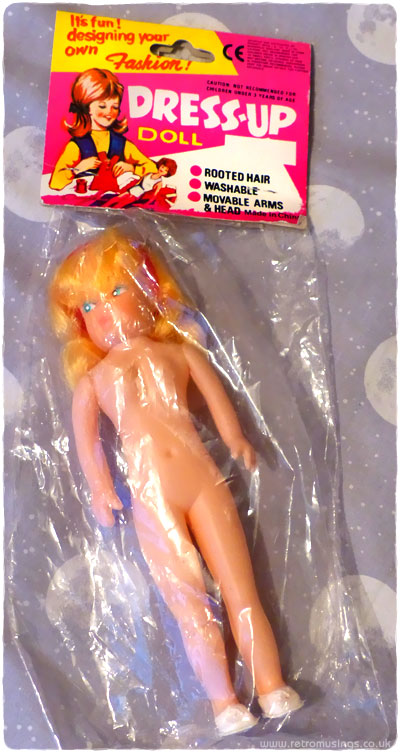 I particularly like the illustration on the packaging card. 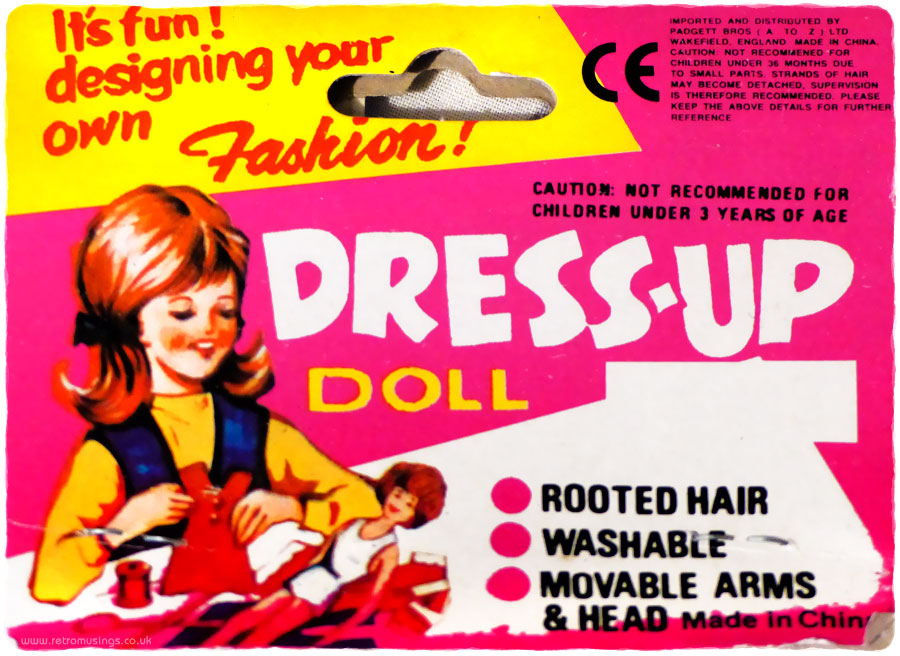 I couldn’t resist this little leather panda coin purse. It is somewhat faded, and can only assume the face was also green at one time.

“Who you gonna call?”

This double feature of Ghostbusters 1 & 2 was an absolute bargain at 10p! 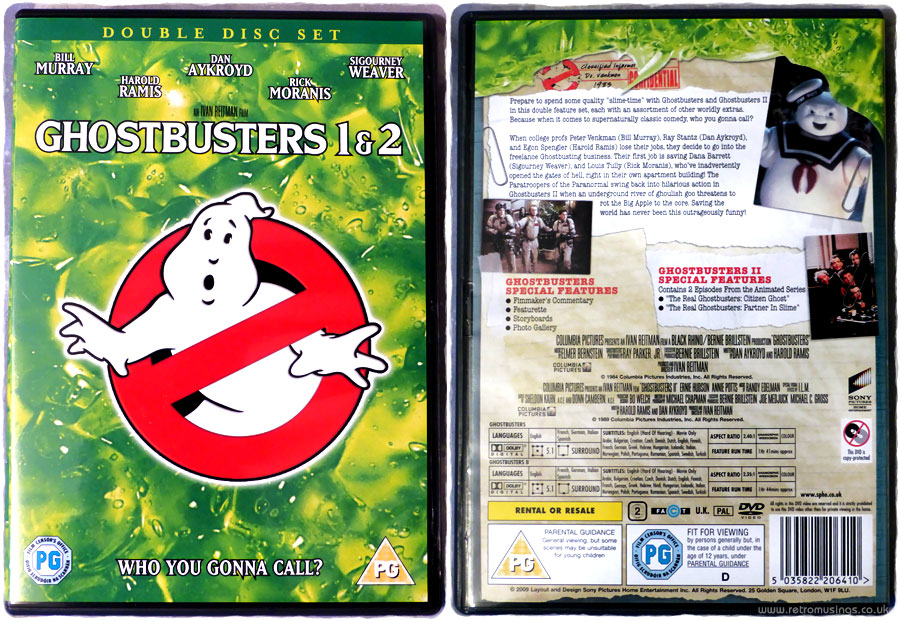 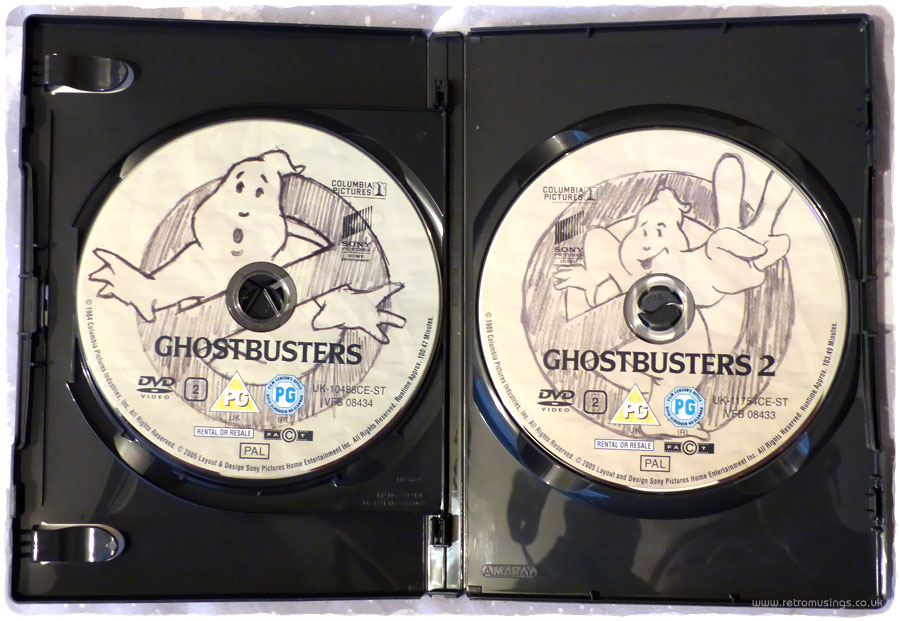 And now for the crazy duvet set! I thought it was a single set with two pillow cases, but on opening in up at home discovered it was king size. It’s folded in a quarter in the picture, so I got a lot for my money! 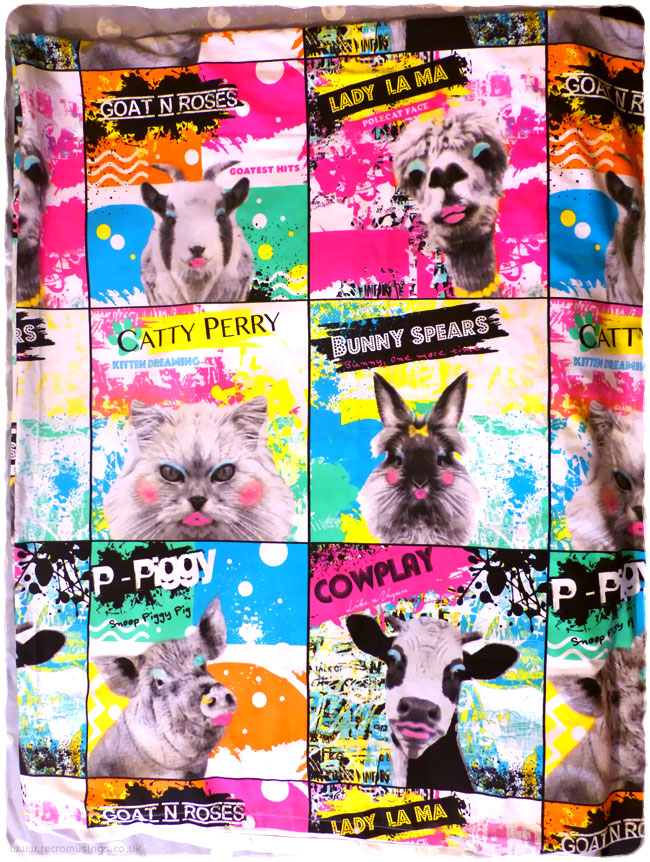 Sadly it’s no longer available to buy online should you be so taken, but I did find an image of it in it’s full glory. 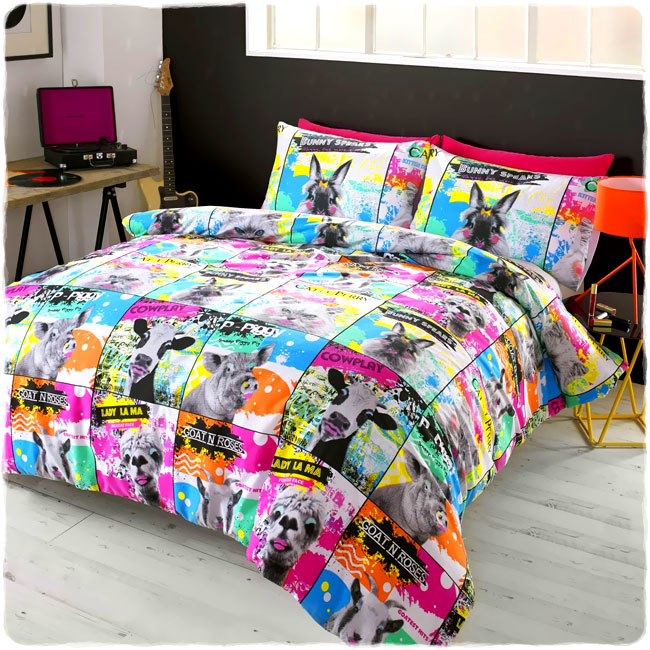 It has six different designs on, each one as fabulous as the last. 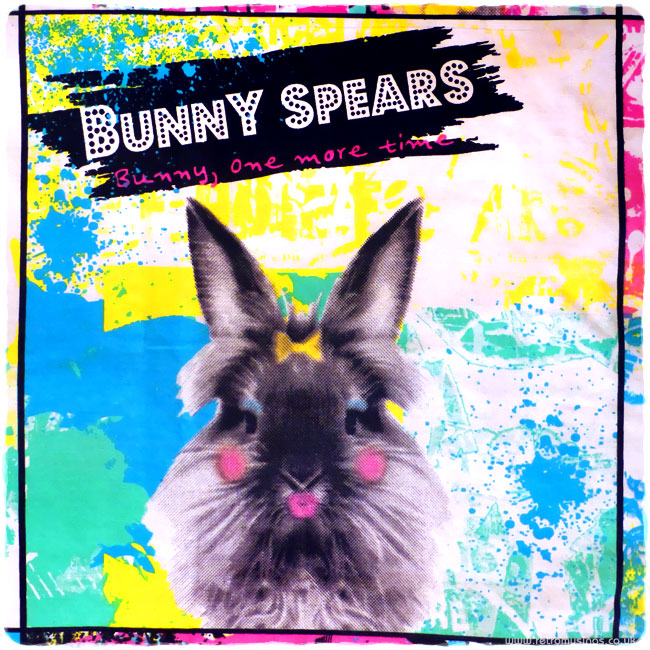 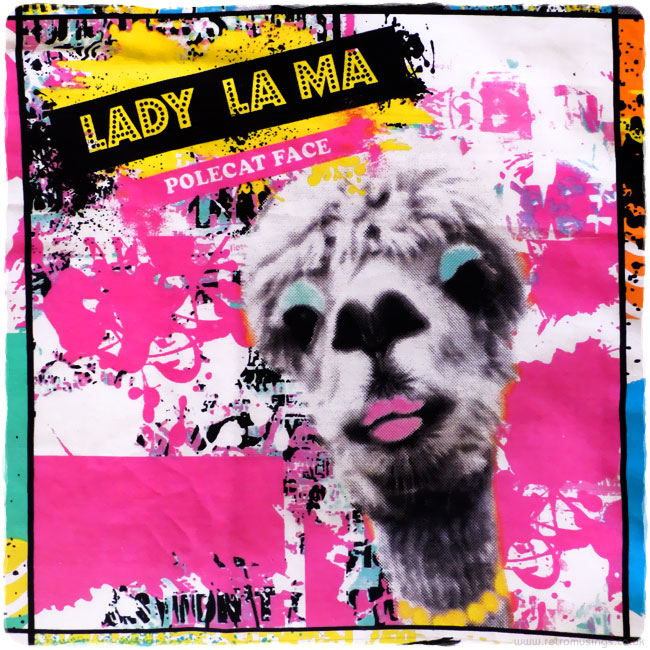 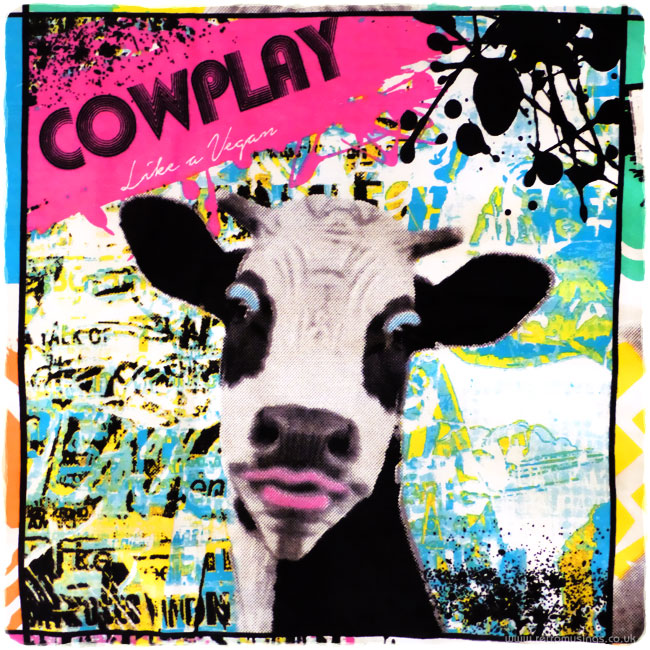 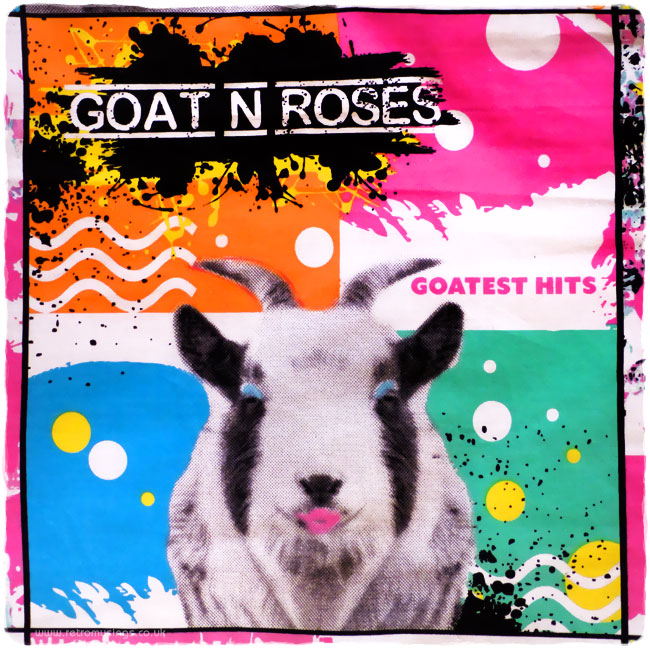 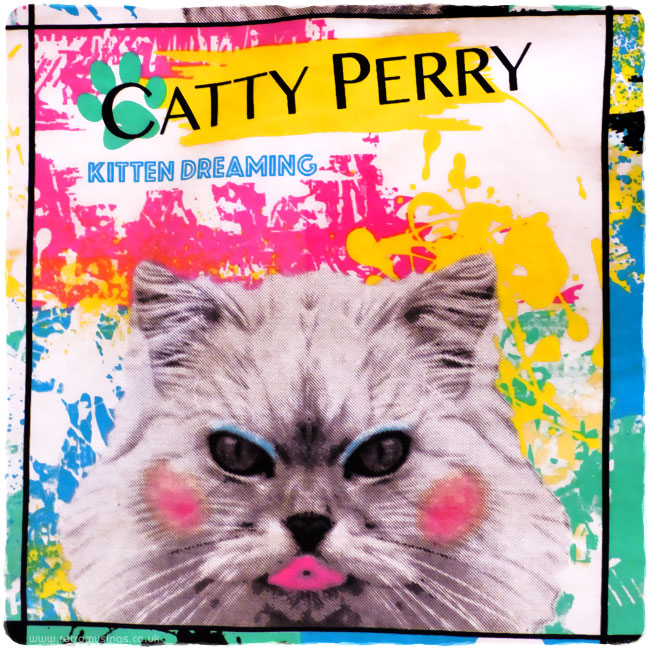 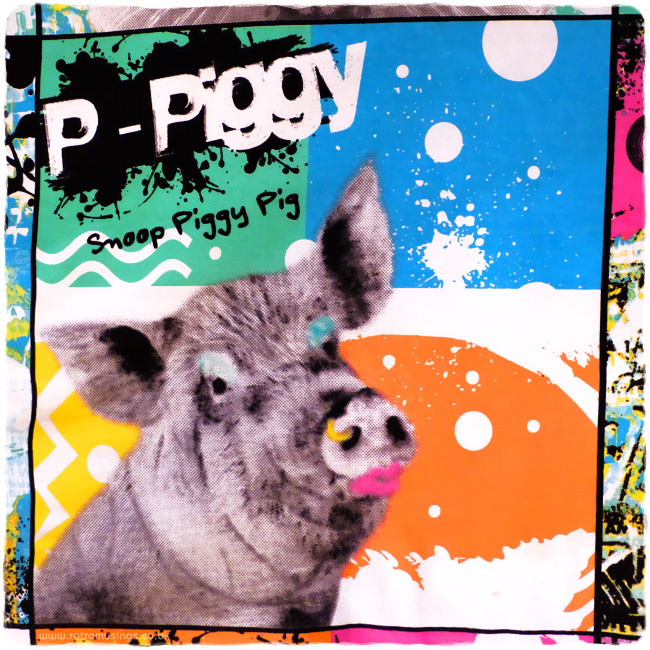