I think I brought the shops out for Halloween decorations last year! This years buys are not as numerous, but I found a few little skully gems. 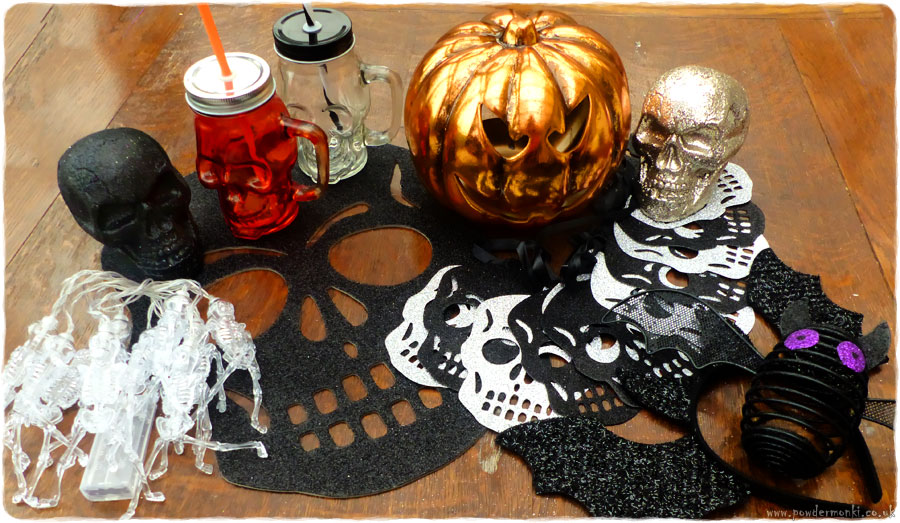 My favourite purchase by far were these skeleton fairy lights. They look fab mingled in with my bright pink flamingo ones! 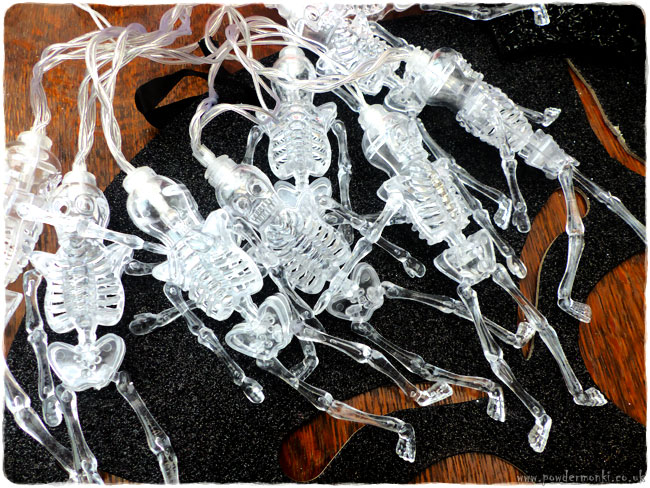 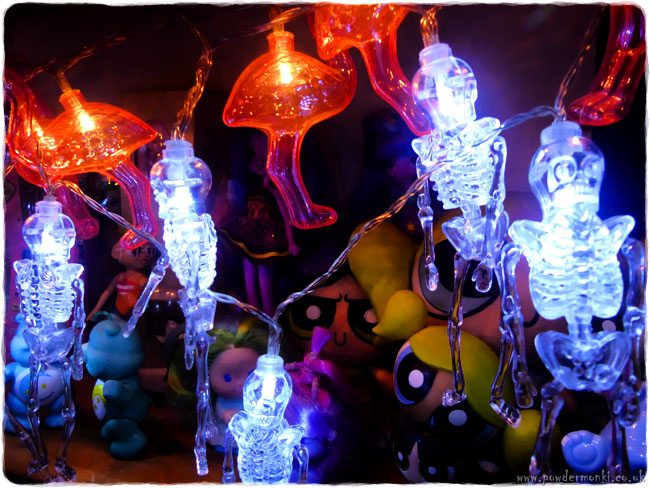 Punched out skulls seem to be a theme this year, and I found a giant black glittery one (there was also silver) and a string of smaller glittery black and silver skulls. 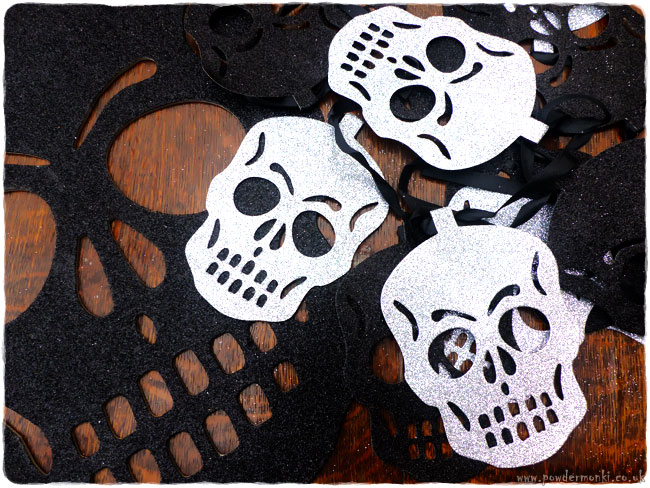 Jars with drinking straws seem to be quite popular too, and I found a great orange skull and clear skull drinking jar. I also bought two glittery plastic skulls, and a metal hanging bat lantern. 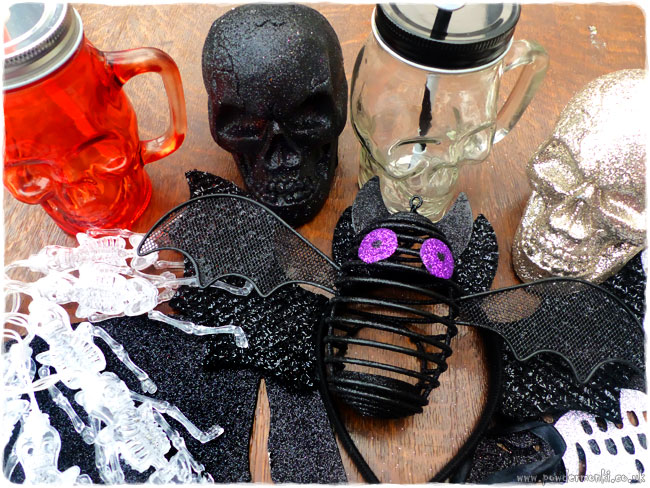 Wilko’s had a selection of plaster pumpkin tealight lanterns, and I bought the large coppery coloured one. 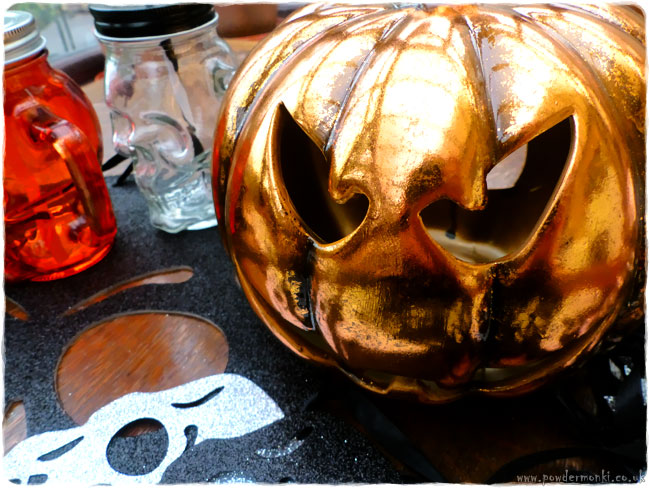