I came back with over 200 little items at my last carboot rummage, mostly in Moshi Monsters! I also found a few fast food toys, some other little figures (including Littlest Pet Shop, Puppy In My Pocket, Hello Kitty, Crazy Bones and Disney), a Cupcake Surprise doll (with hat!) and a super Magic Roundabout plush Dougal. It took an absolute age to wash this lot!

I bought two tins full of Moshi Monsters from two different sellers (170 in total). There were a few doubles, which I shall sell off, but the rest are ALL MINE!!! Mwah ha ha ha… 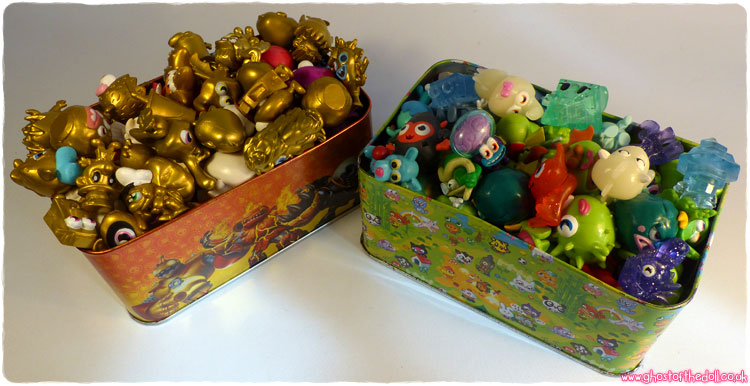 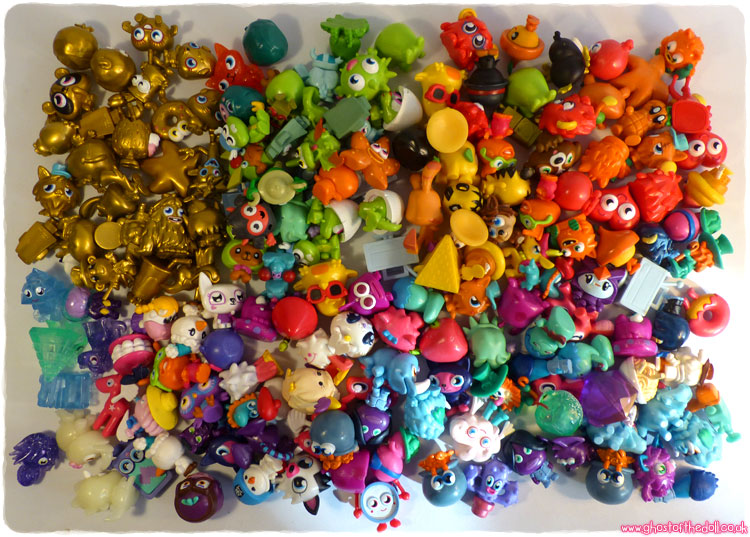 I picked up a few more fast food toys from various years. I rather like the Boxtrolls figure.

I found a lovely Dougal plush from Magic Roundabout, and a well loved Bumble from Fifi and the Flowertots (couldn’t resist!). I also found a Ty “Glitzy Gabby” doll. 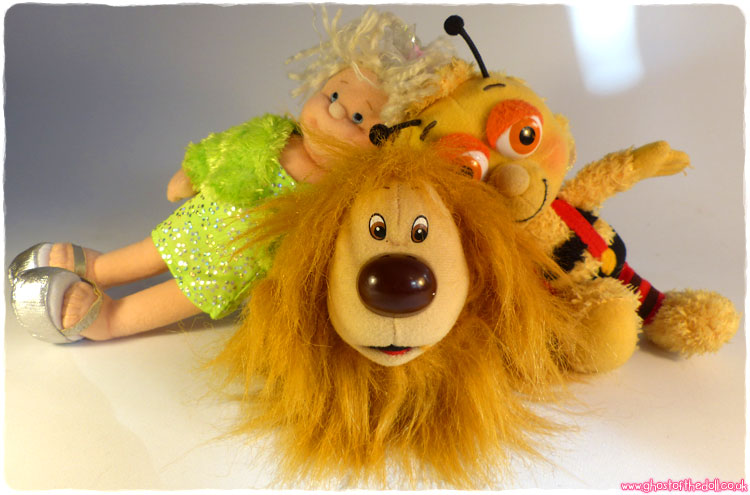 Yay, a Cupcake Surprise with HAT! I also found two suction cup MLP‘s, a squishy Moshi Monster, a mini Hello Kitty friend, a Disney Princess with broken crown (which I have tidied up with silver nail polish), a Barbie bunny and an unknown pink puppy. I also picked up some nice Goofy, Pluto and Mario figures, who were lazing around in different places. 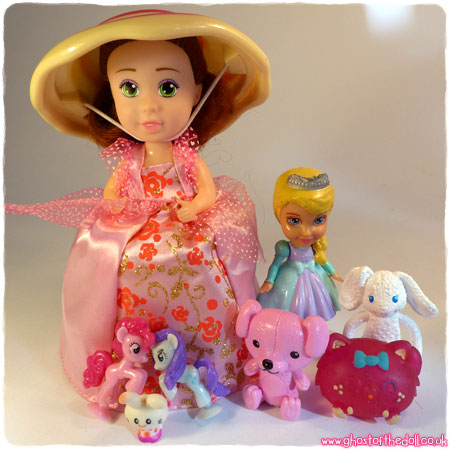 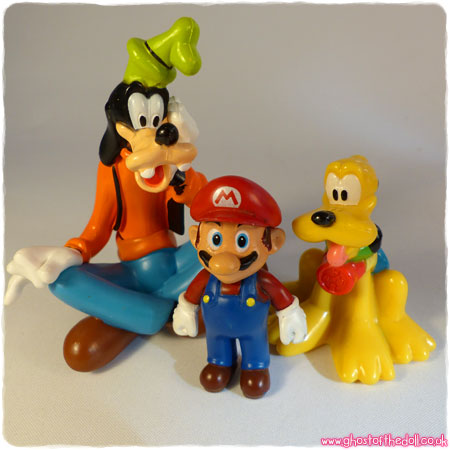 A few of these little figures were bundled in with other buys, some of which I have yet to identify.

Puppy In My Pocket, Fifi & The Flowertots (+6 unknown figures)