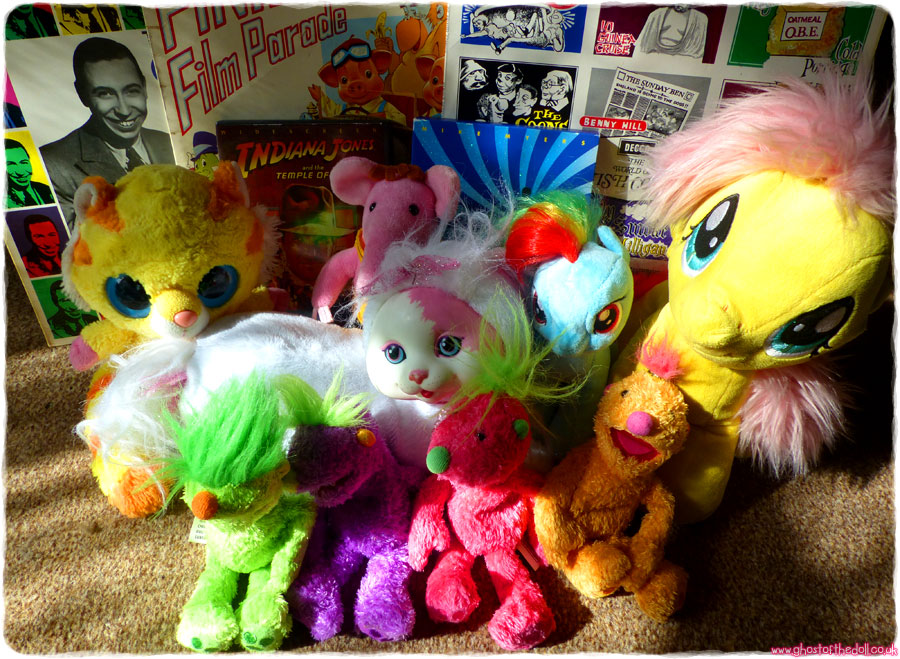 These four little guys were separated into two bags and almost didn’t spot the second bag. The fifth character (the blue “Hubba Hubba“) wasn’t to be seen. I can’t resist a bit of Henson. 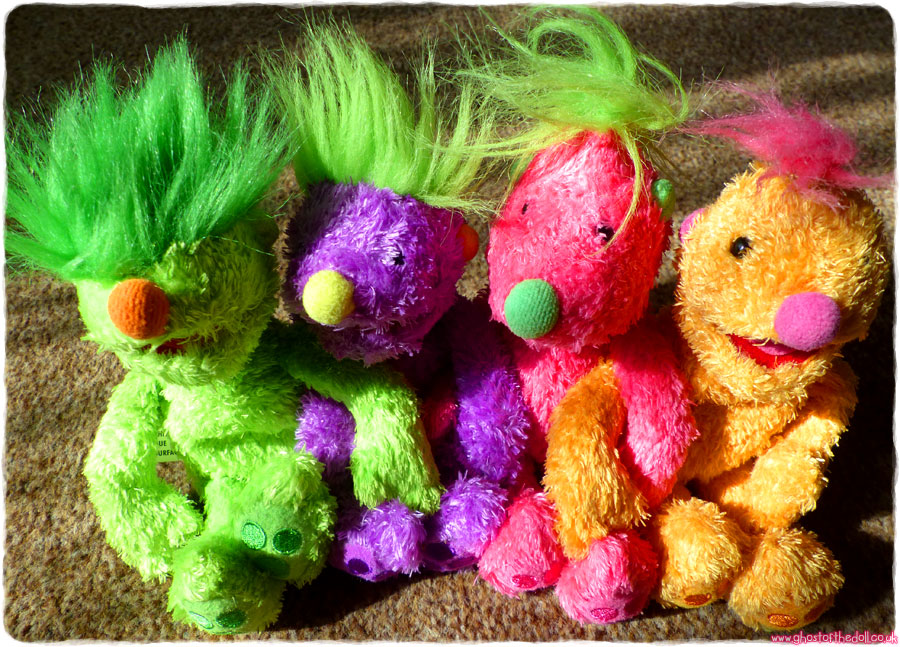 No kittens were with this re-issue Kitty Surprise, but I did find a lonesome puppy a few weeks back so that will have to do! This mummy cat is called “Snow“. 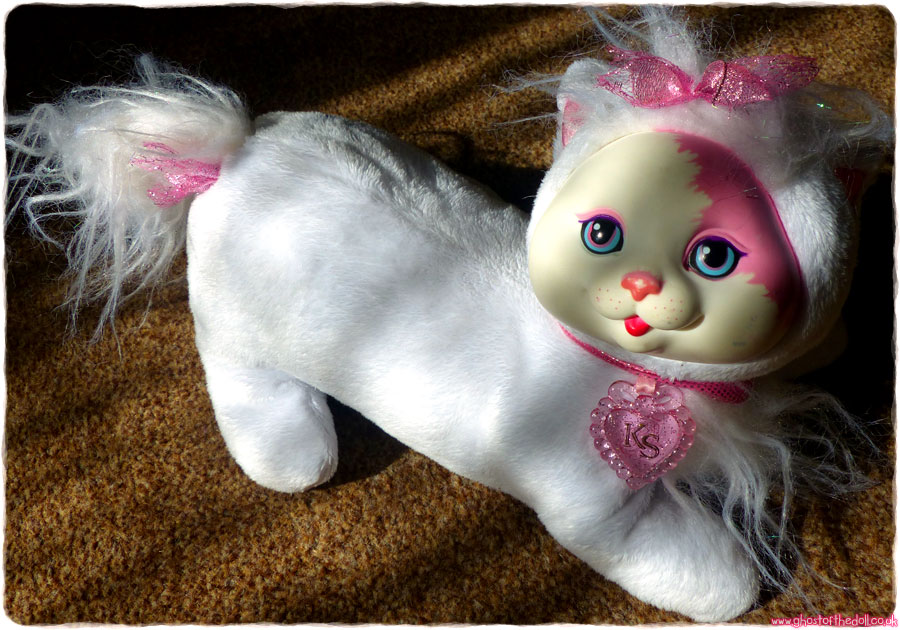 This is the second little plush Clangers “Major” character I have found, but a different style from the other one (which whistled). 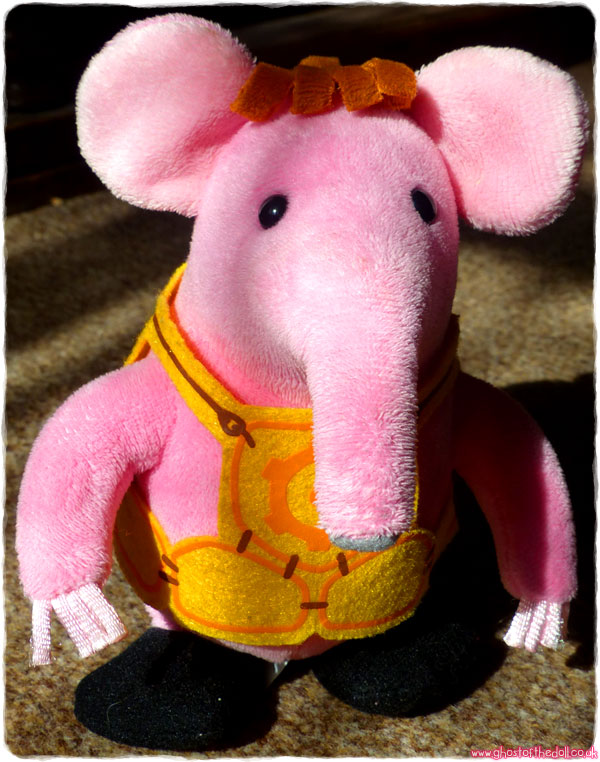 This sweet little plush tiger called “Tumo” reminded me a little of my old plush Wuzzles “Butterbear”. I felt sorry for him as he’s seen better days and had been in the charity shop for several week. 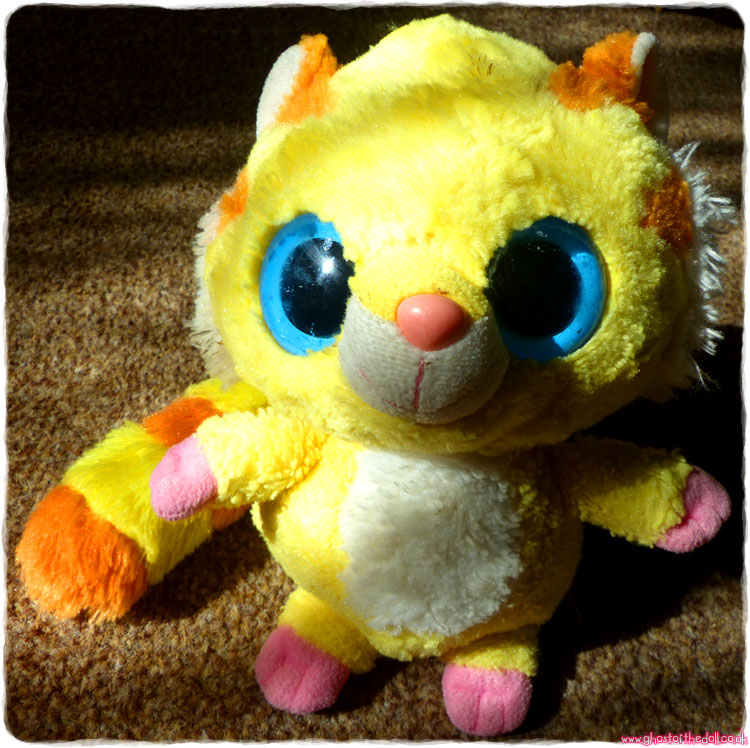 I rather like the plush pegasi, although prefer them with brushable hair. I found “Rainbow Dash” with an unruly green streak, and “Fluttershy” with a fur mane.

I bought a boxset of the three Austin Powers movies, and Indiana Jones & The Temple of Doom.

The price of DVD’s ranges so much in charity shops, not just from shop to shop but also within the same shop. Outside the Salvations Army the DVD’s were 30p each, and inside they were £1.00 each (some were the same film). Indie was in the 30p box, Austin was loitering outside a different shop. 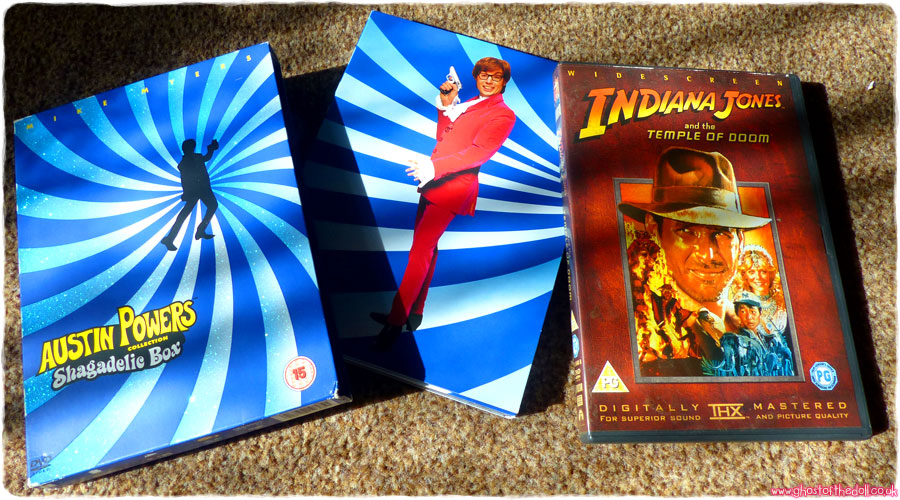 I didn’t feel much like rummaging through the LP boxes, but spotted one at the front of the pile which caught my eye (George Formby cleaning his windows) which lead onto two more. 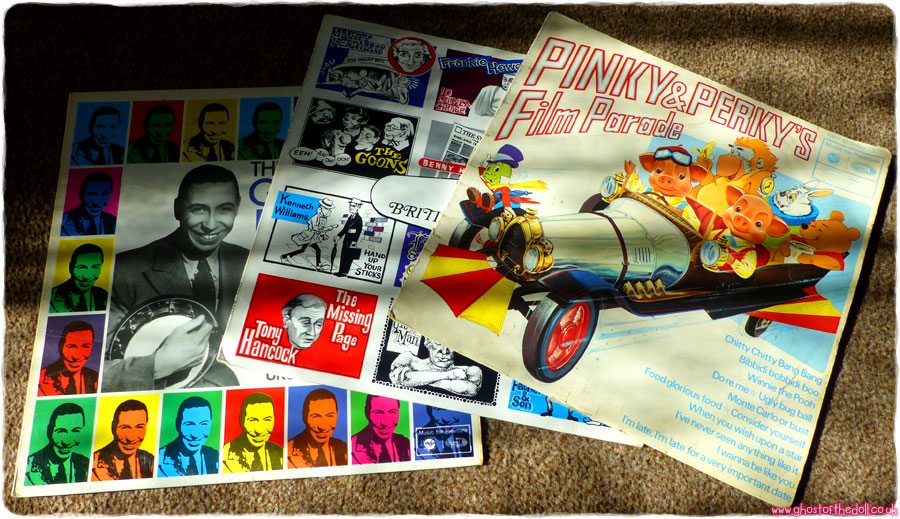 Including such classic lyrics as “With my little stick of Blackpool Rock, along the promenade I stroll. In the ballroom I went dancing each night. No wonder every girl that danced with me, stuck to me tight”. 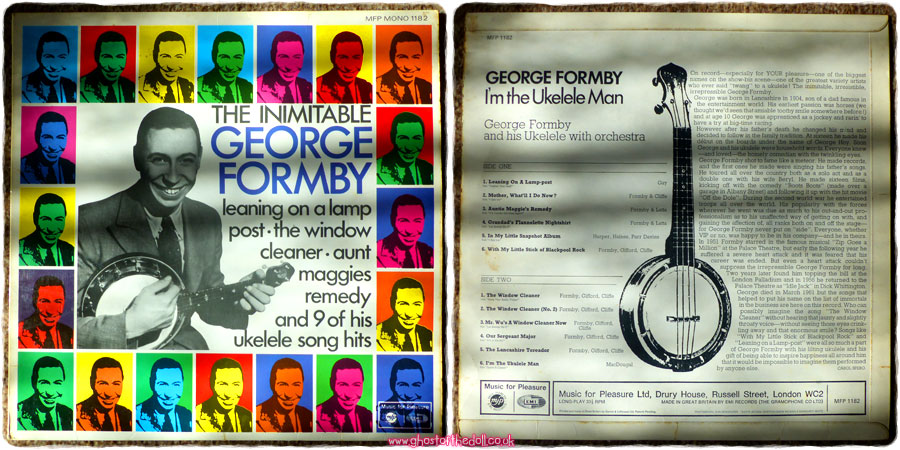 My favourite is “Bibbidi-Bobbidi-Boo”. 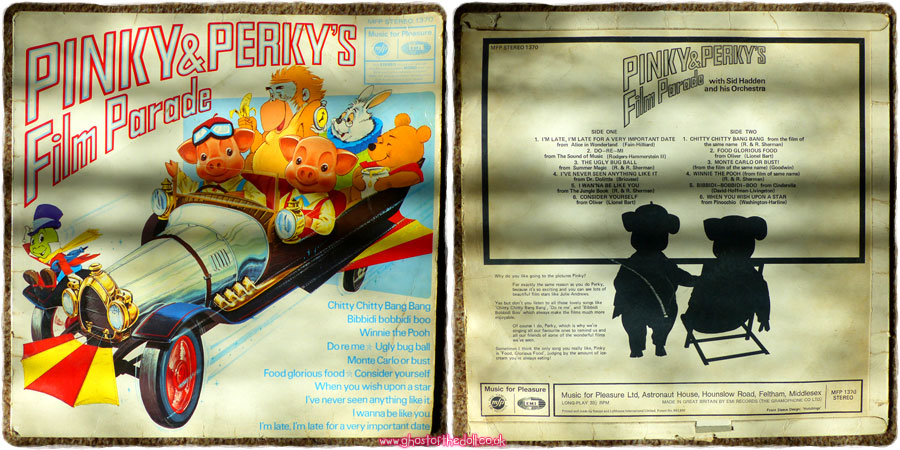 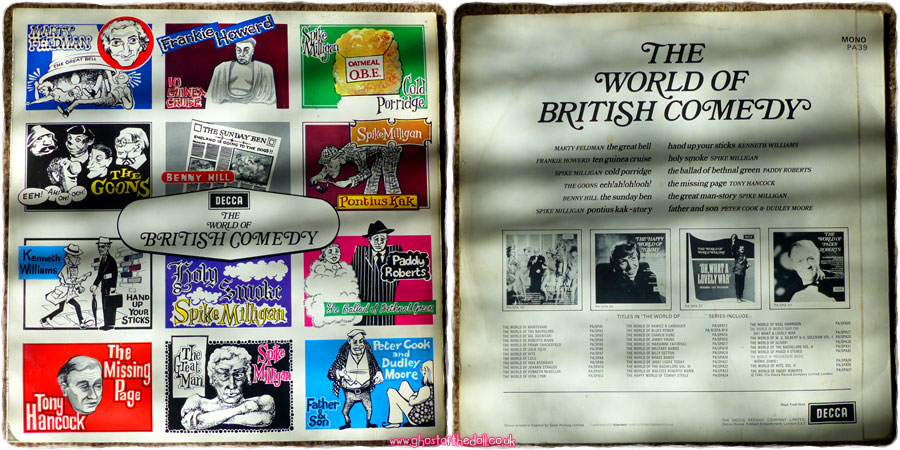