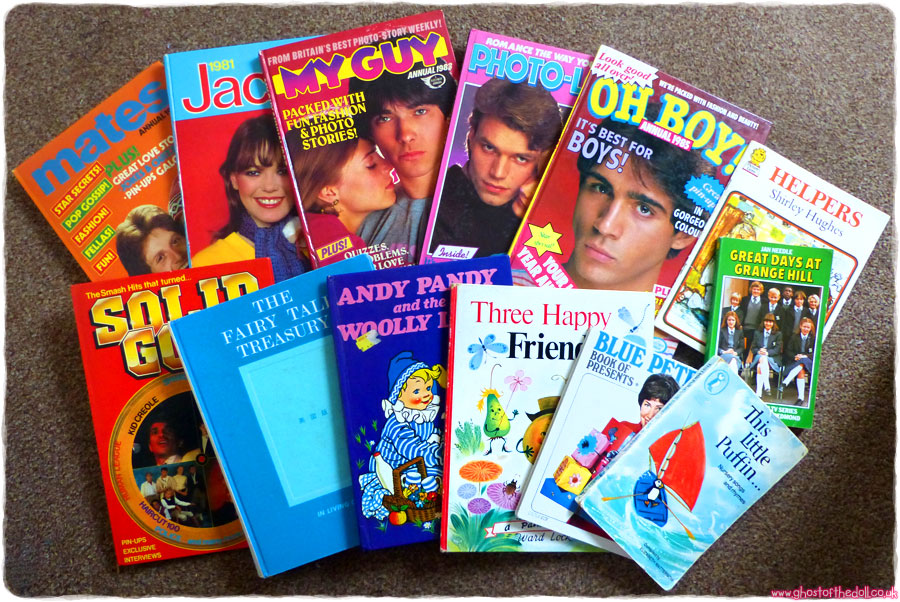 Mixed in with various Beano, Dandy and similar annuals were a selection of girls annuals from 1979-85. 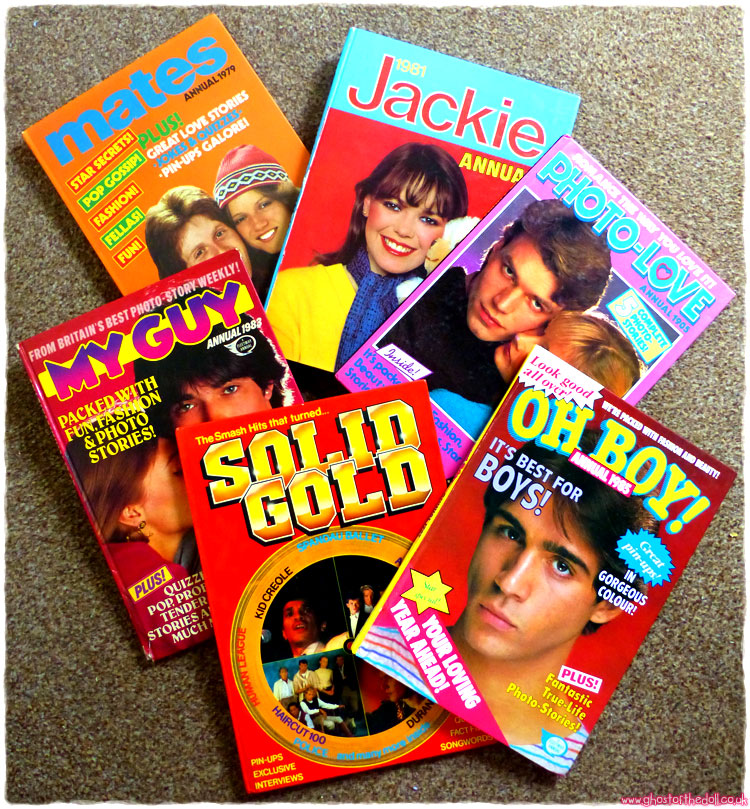 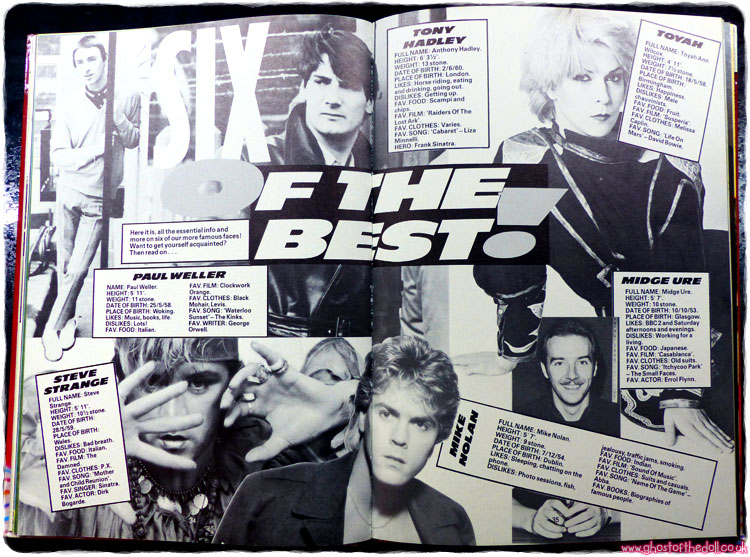 Six Of The Best! 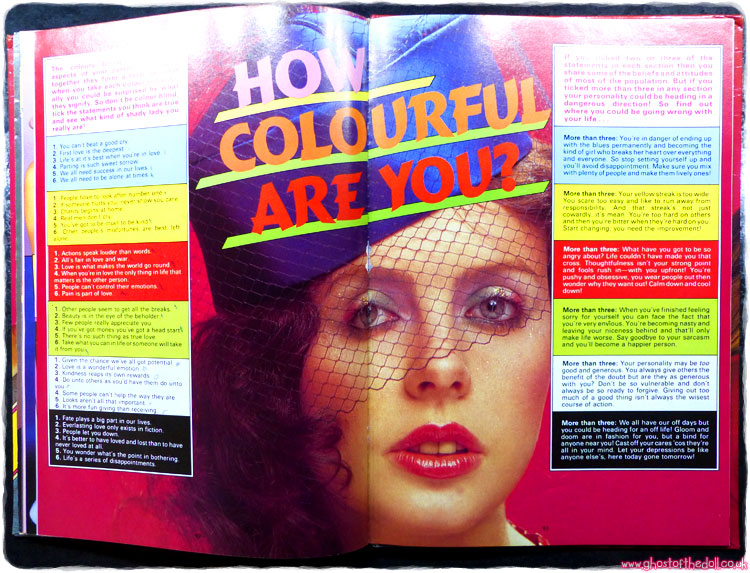 How Colourful Are You? 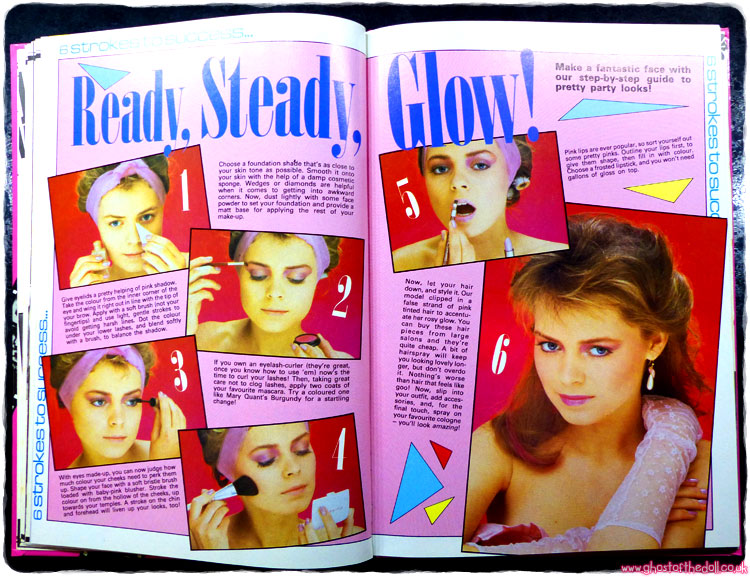 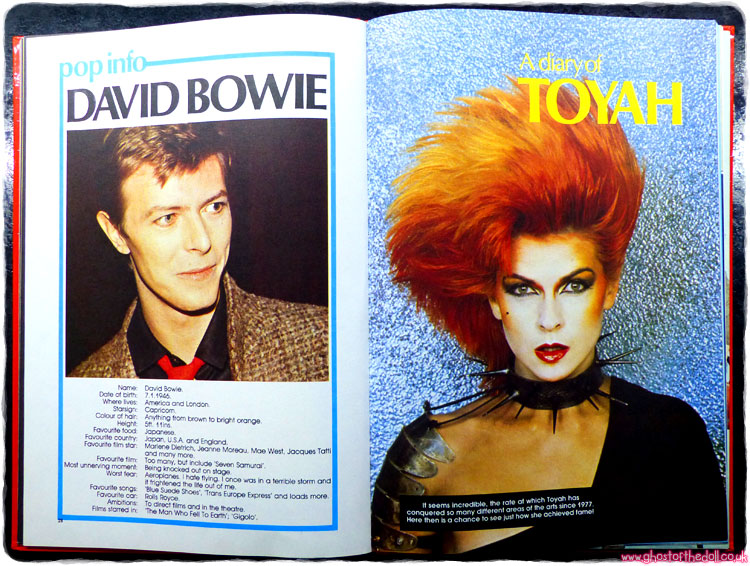 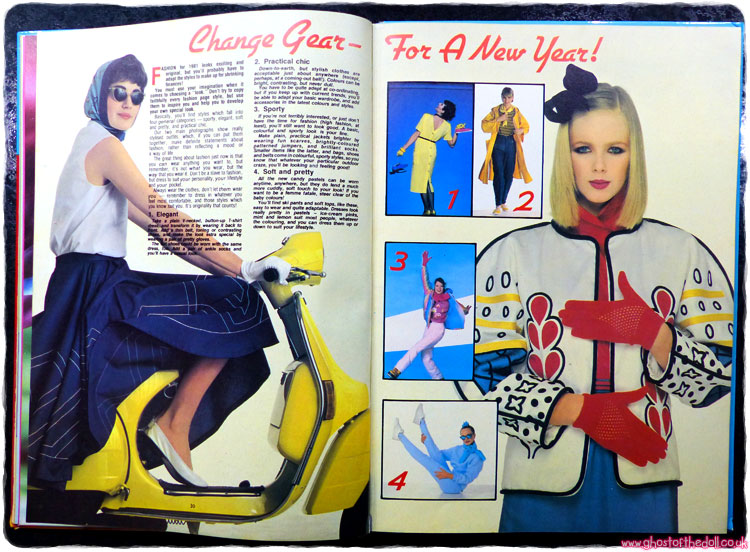 Change Gear – For A New Year! 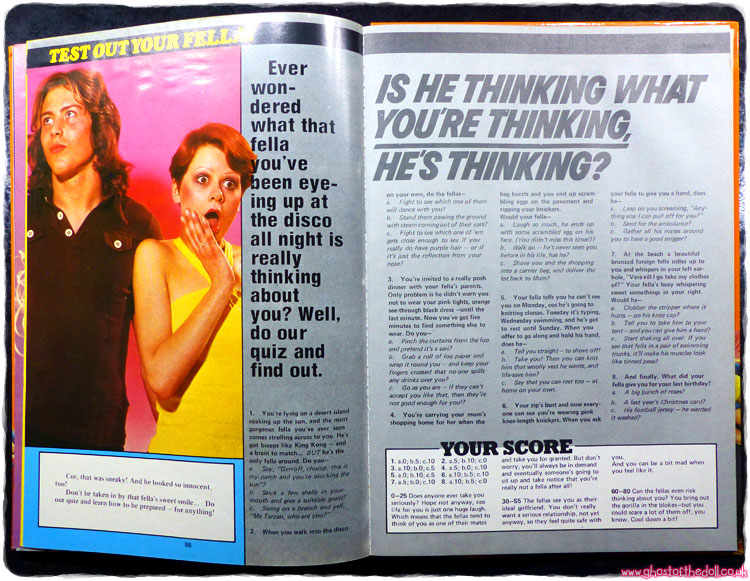 Is He Thinking What You’re Thinking He’s Thinking? 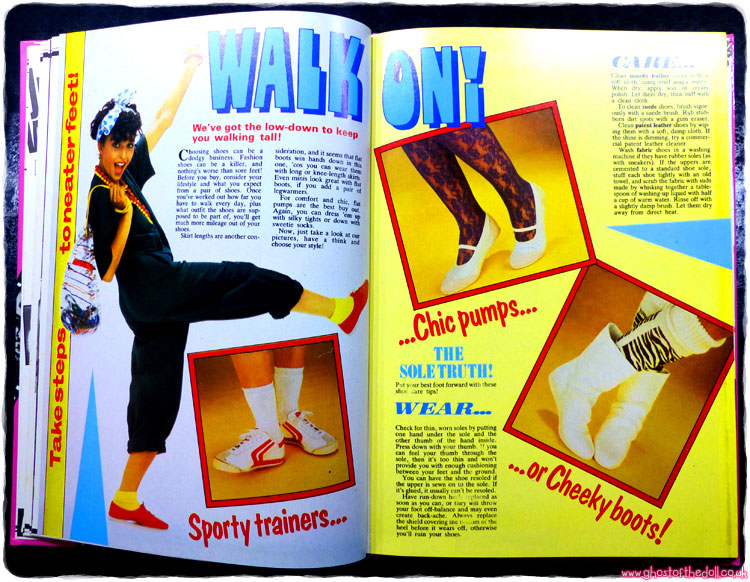 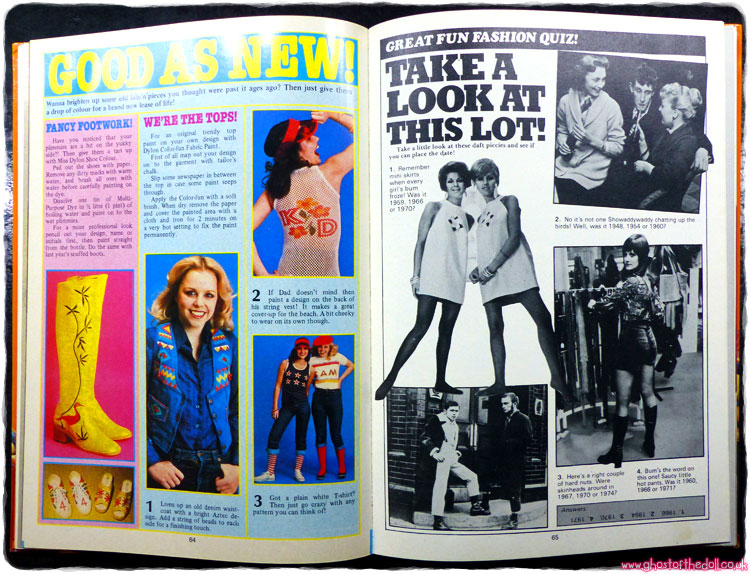 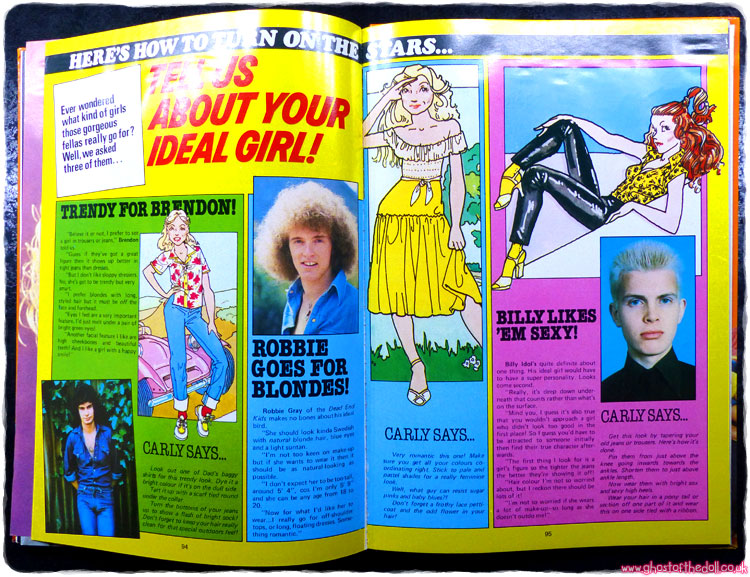 Tell Us About Your Ideal Girl! 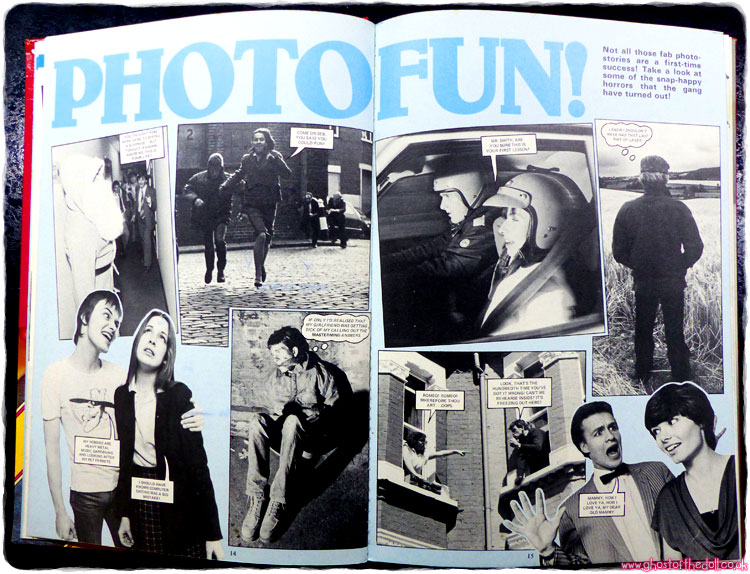 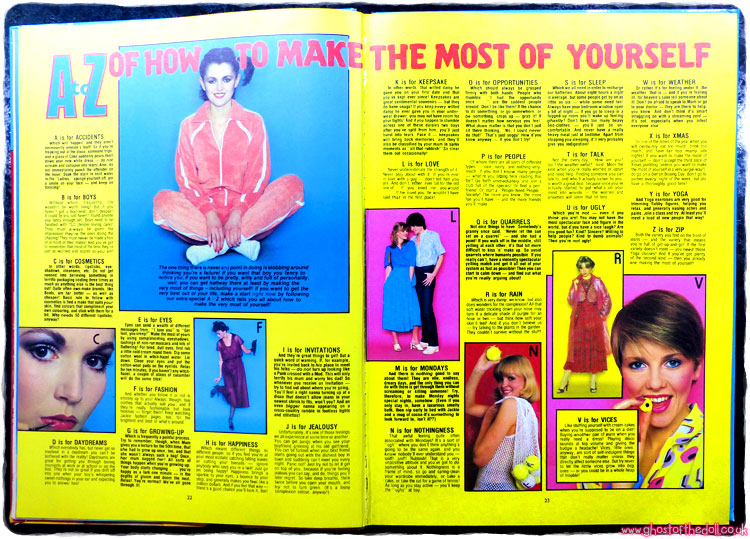 The A-Z Of How To Make The Most Of Yourself 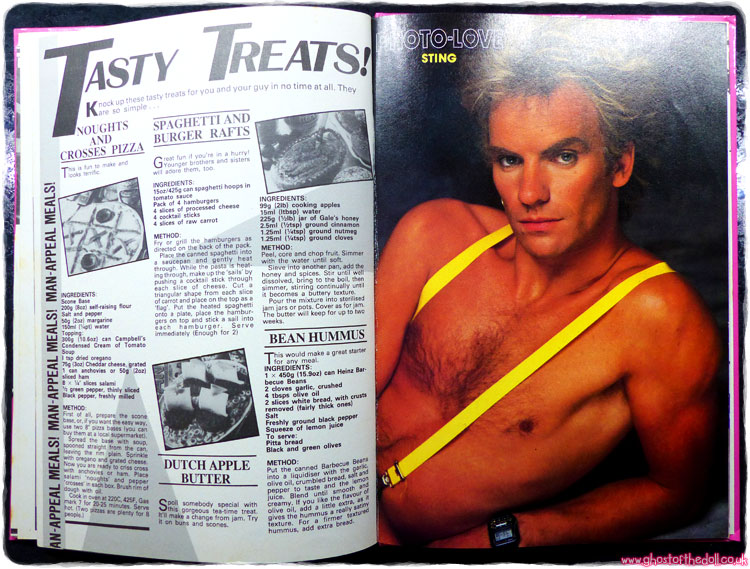 I had a good poke through all the children’s books and found an odd selection! They were all 10p each, apart from Grange Hill which was 50p (as it was with the novels in another room). 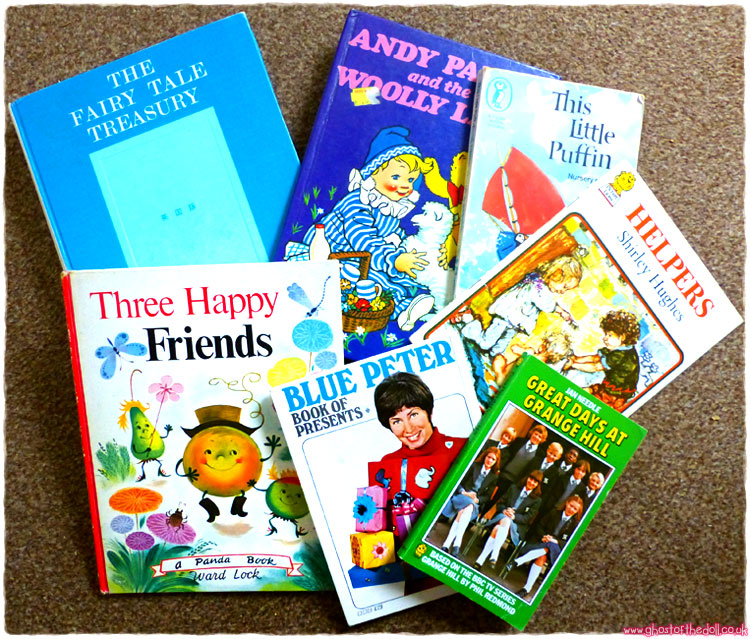 “It’s this first day at Grange Hill. The headmistress beamed at her new class. “Let’s hope, “she said, “that it is a happy experience for everyone.””

Based on the BBC TV series “Grange Hill”, this book was published in 1984. I watched Grange Hill for many years and have a few annuals but have never come across any of the novels before. It’s quite a fun read so far! 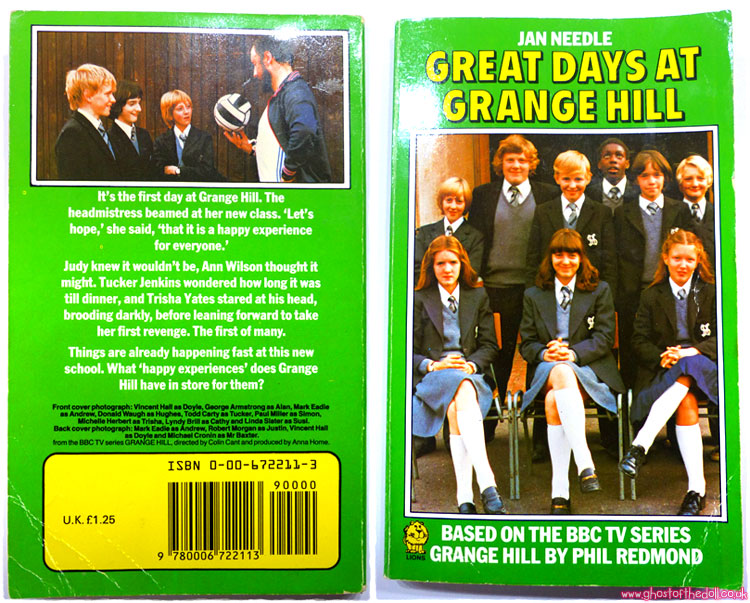 “The Fairy Tale Treasury” by Tadasu Izawa and Shigemi Hijikata

I almost missed this large hardback book as it was hidden on a top shelf. It is packed full of colour photos, using real dolls and sets to create scenes from a large selection of well known tales. It was published in 1967. The hologram image of Cinderella is missing from the front cover sadly. 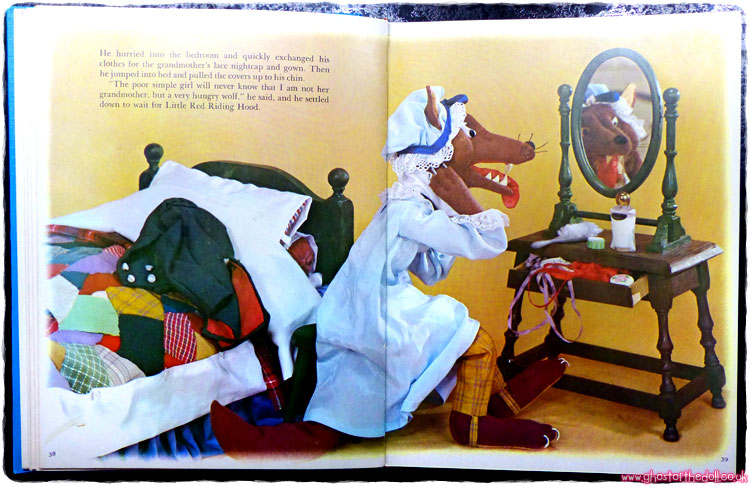 “An enchanting collection of musical games, action songs and finger plays, which no mother or nursery school can afford to be without.”

First published in 1969, this version is from 1974. It had a selection of items being used as book marks inside (postcard postmarked 1978). 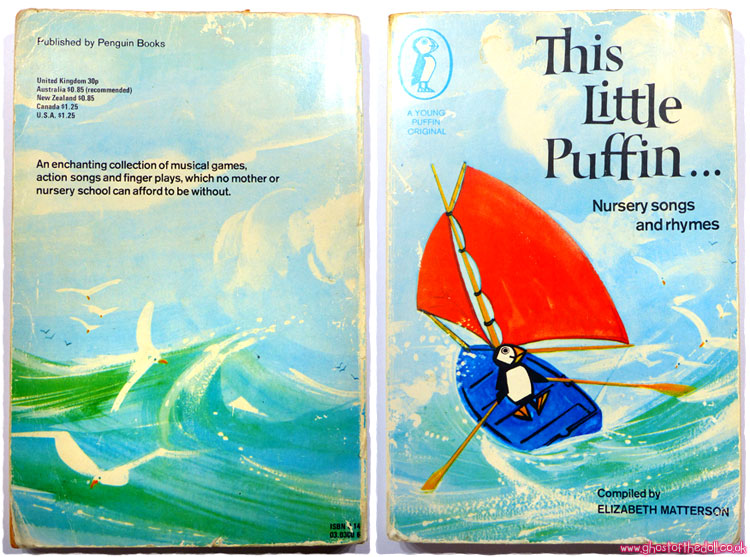 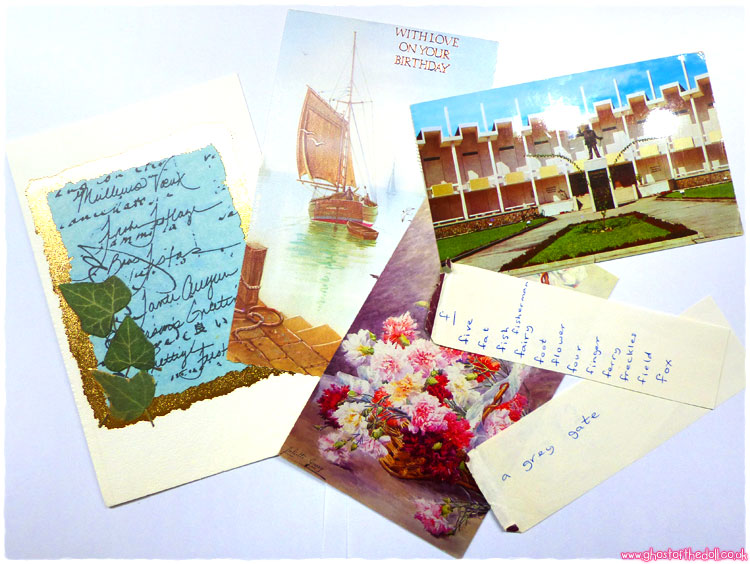 “When Mum goes out, George comes to help Mick, Jenny and Baby Sue with their day. So everyone sets about tidying and cleaning, weeding and eating, playing and washing up together.”

First published in 1975, this edition is from 1978. I love the very seventies fashions drawn here! 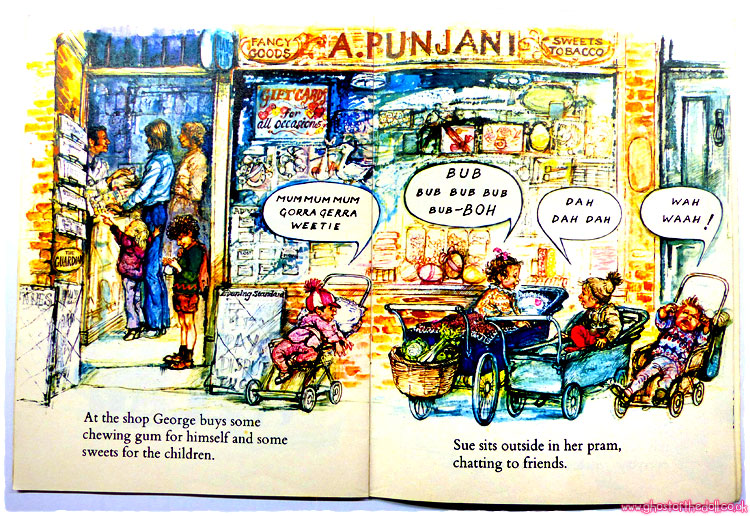 The illustration are copyrighted to 1967, and the text to 1970. There are no other dates inside so don’t know exactly when this version was published, but suspect it was 1970 as by 1974 the cover design changed for this series. It is book number 51 on the back. 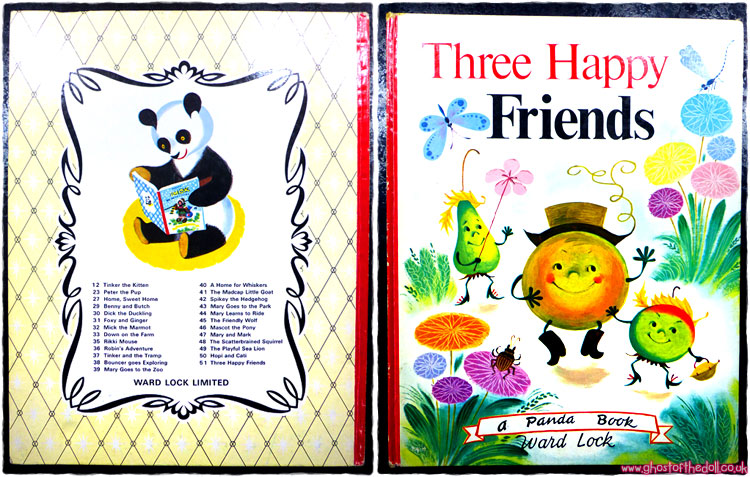 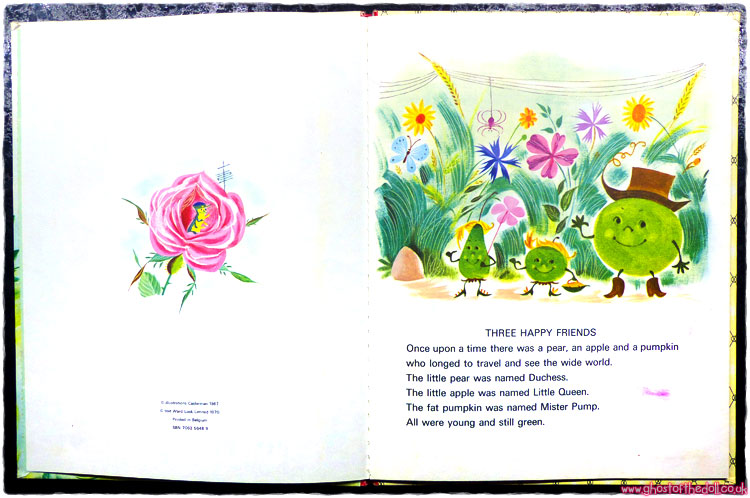 In which Teddy frolics with some lambs. This book was first published in 1959, with this second edition printed in 1972. 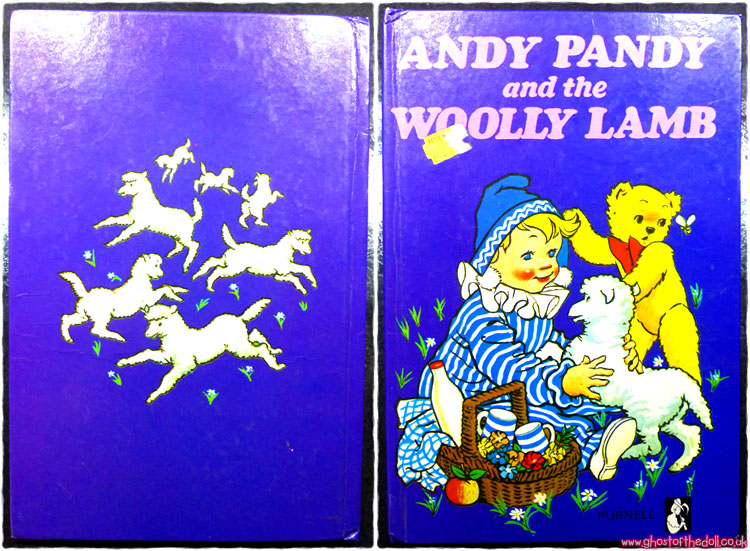 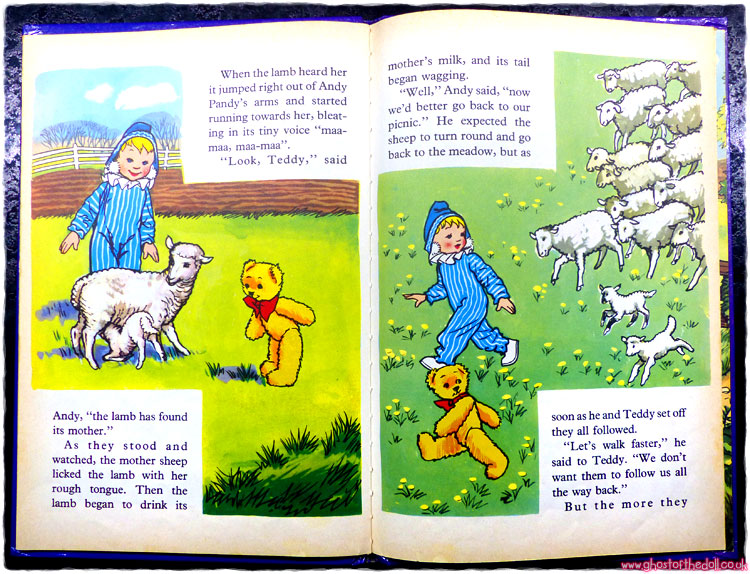 This little hardback book was published in 1970, and is packed full of delightfully awful DIY Christmas gifts. 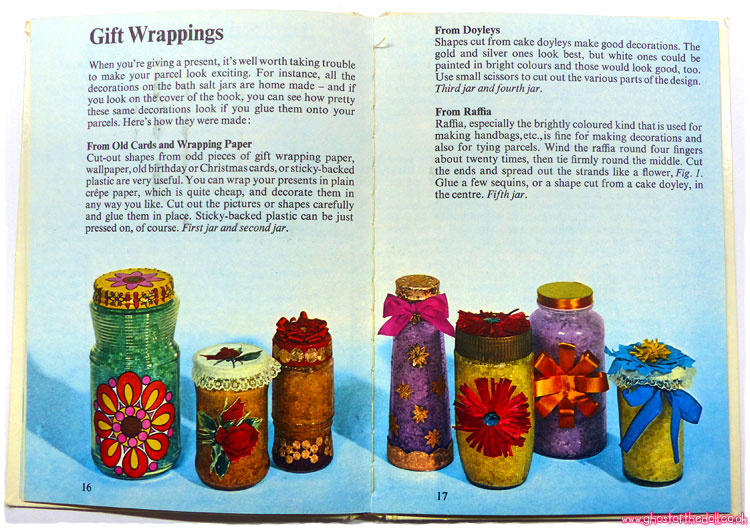