A few little finds this week. Tuesday took me over to Rayleigh for my annual teeth scraping, where afterwards I rummaged through various charity shops little toy baskets and came away with a few cute items. Then Wednesday after work I purchased four books and three movies. 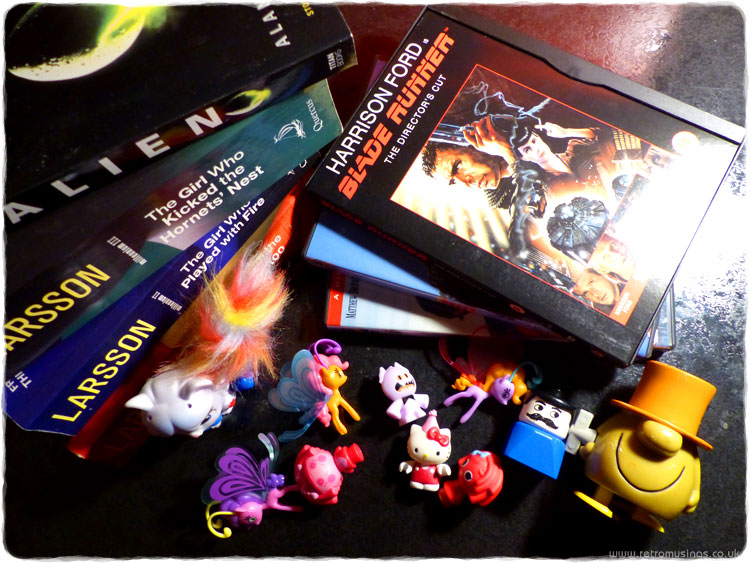 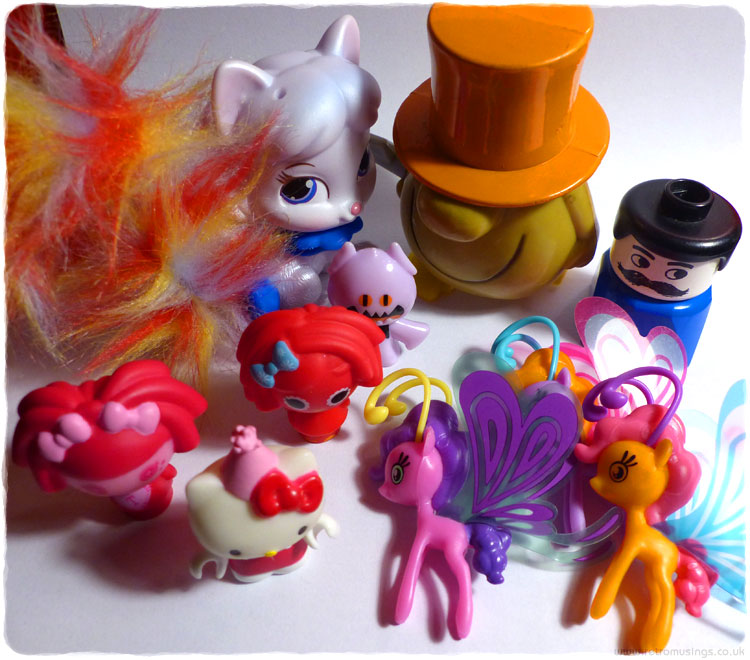 This vintage Mr Men figure was a good find. It’s a Mr Silly wind-up walking toy, produced around 1975-79. Sadly he no longer walks. 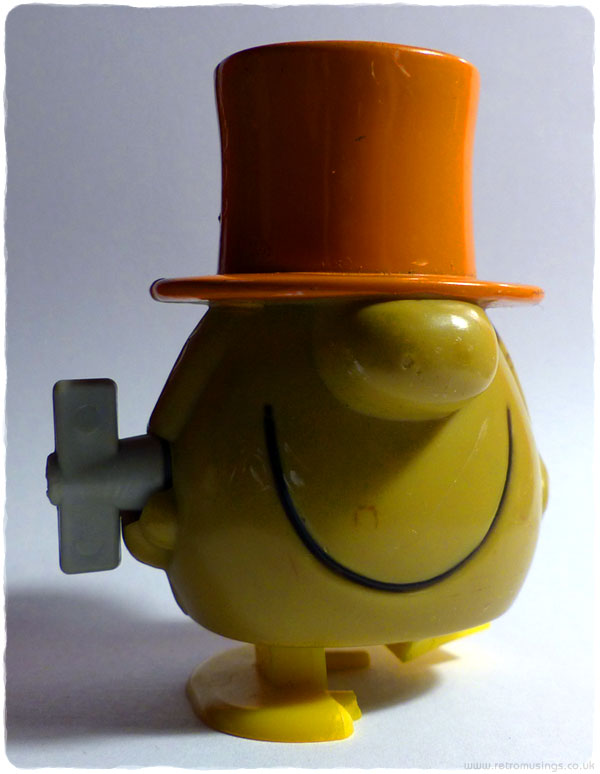 This is Snow White’s kitty “Honeycake” from the Palace Pets “Furry Tail Friends” line. She is missing her headband. 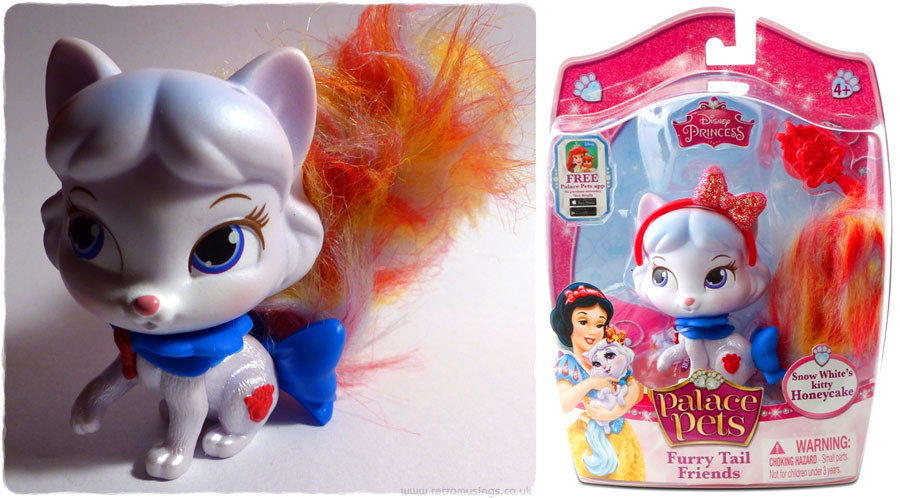 These four little figures are Hello Kitty from the Birthday set by Mega Blocks, a Gogo’s Crazy Bones character called Vampa from series 1 (2007), and two 2012 Lalaloopsy Micros (figure #8 from series 1, and figure #7 from series 3).

These little pegasi are friends of My Little Pony. 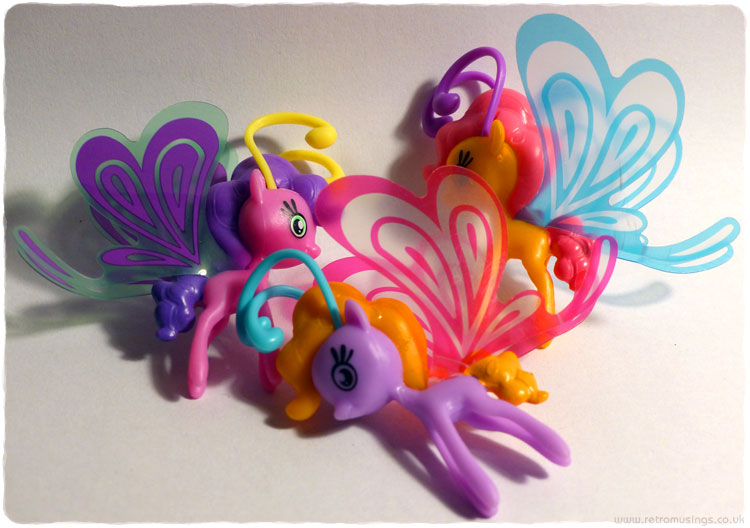 I couldn’t resists this late 1970’s moustached Duplo figure. He would have had a hat of some kind. 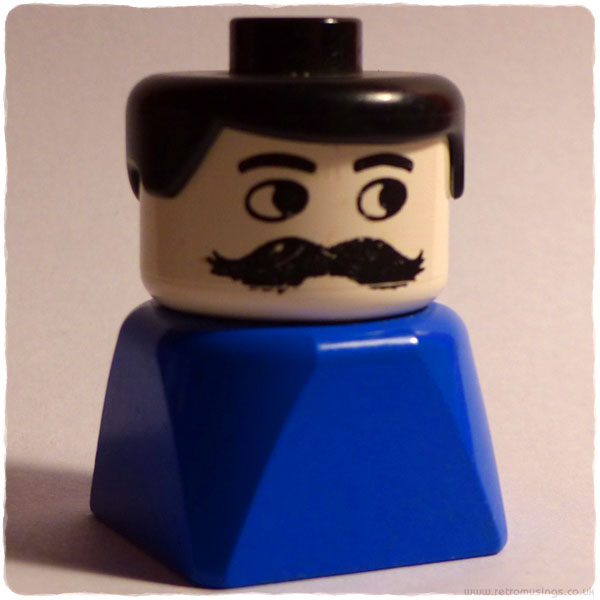 I also picked up three DVD’s (Glory, Big and Blade Runner) and four books (the complete series of Millennium books by Stieg Larsson, and a novelization of Alien by Alan Dean Foster). 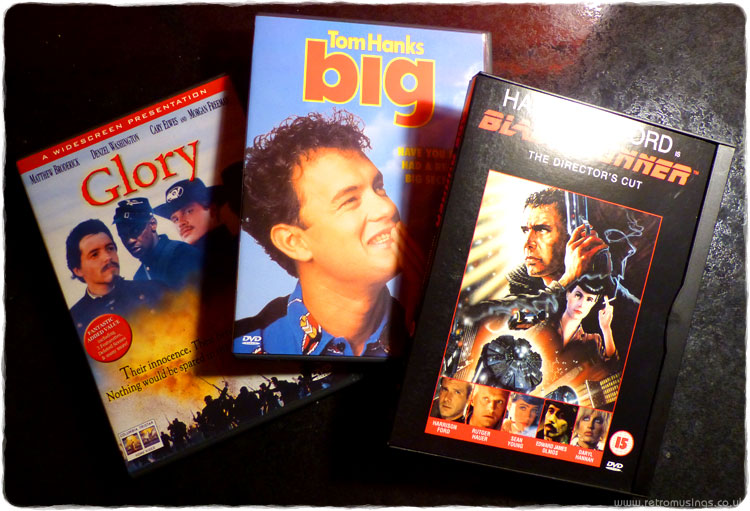 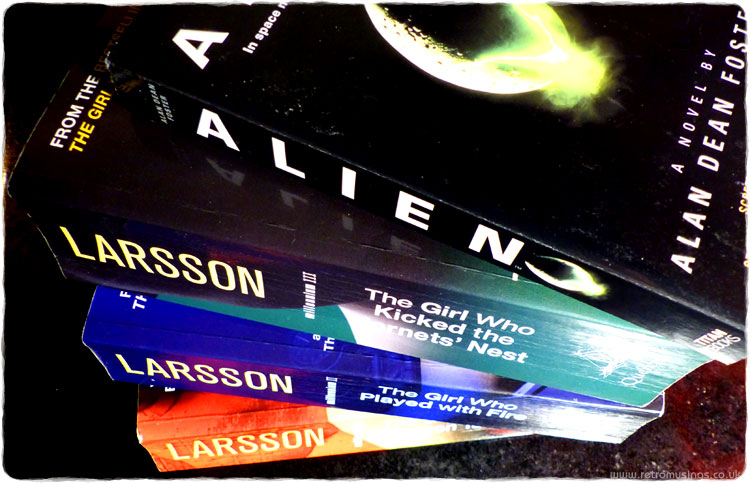