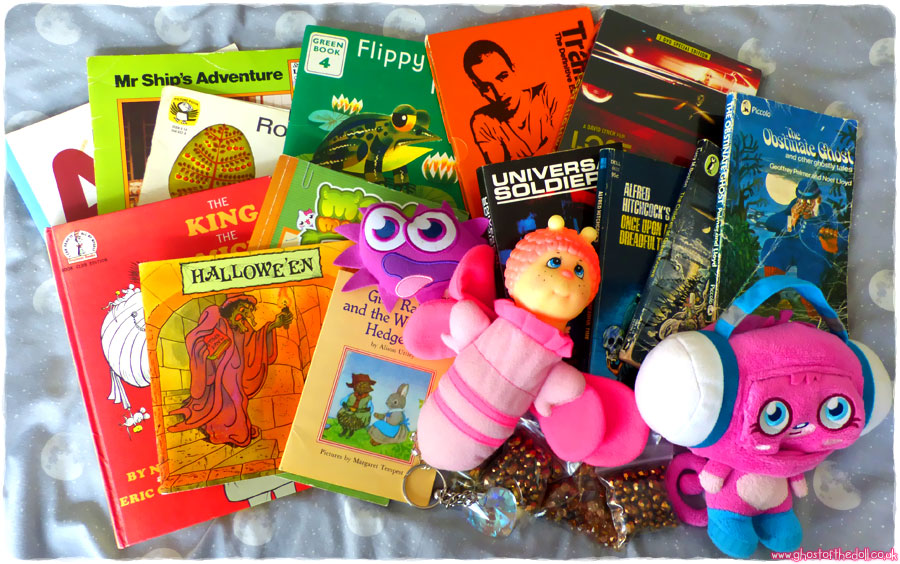 I believe this firefly to be part of the Glo Kids line produced by Soma in the mid-80’s to early 90’s. It has a glow-in-the-dark head. 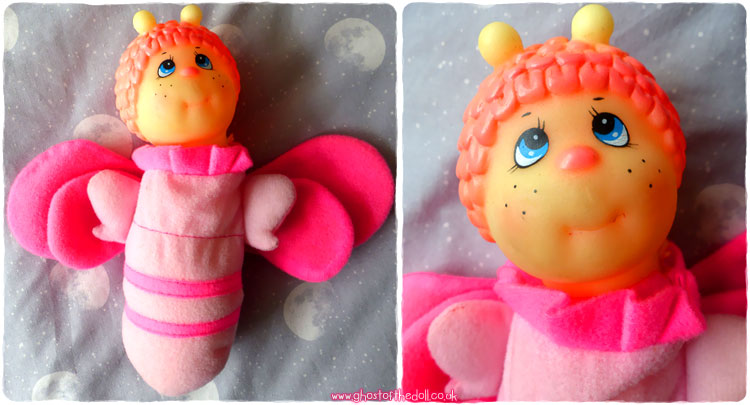 There’s something about Moshie Monsters which I love. I found “The Moshinling Collector’s Guide“, App Monster “Poppet” and “Iggy“.

I wondered why Poppet’s face was so weird, turns out it is designed to fit a mobile phone into its face which then responds to an app. There were four characters produced like this. 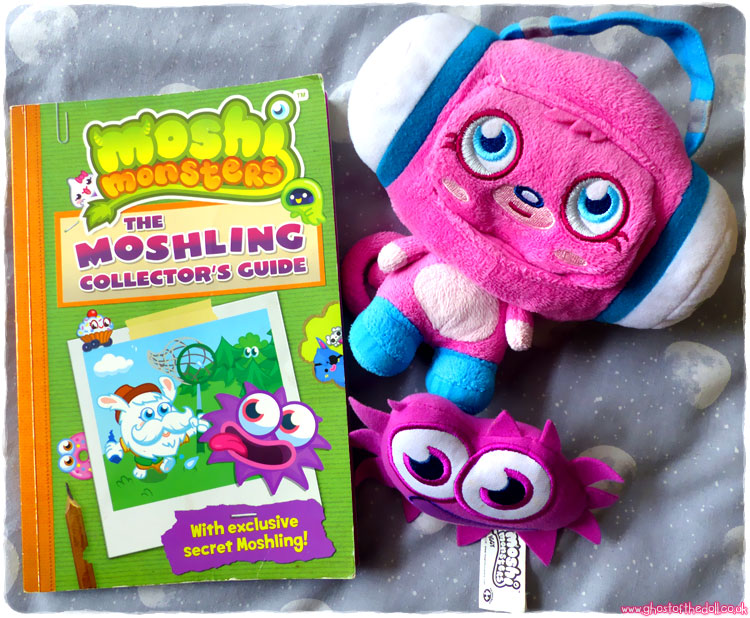 I found quite the selection!

“Rosie was a busy, fat, comfortable hen, and one day she decided to go for a walk. But Rosie didn’t know she was being followed by a wicked fox. Unwittingly she led him into one disaster after another, and got back home safely.” 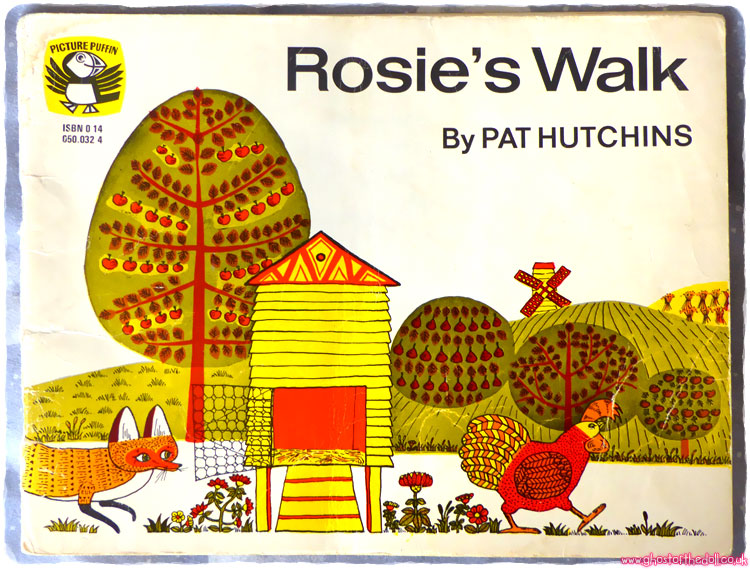 I thought I recognised the illustrations and discovered I had another book by the same author, bought a few years back. 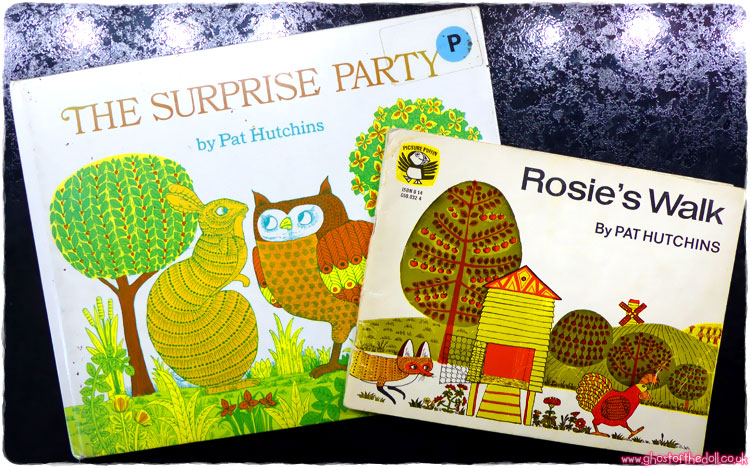 These little books were amongst my absolute favourites as a small child. I took them out the library so often my mum ended up having to buy me some, which I still have. I suspected I already had this little book (I do), but at 10p it didn’t really matter! This version is from 1978, just like my childhood one. 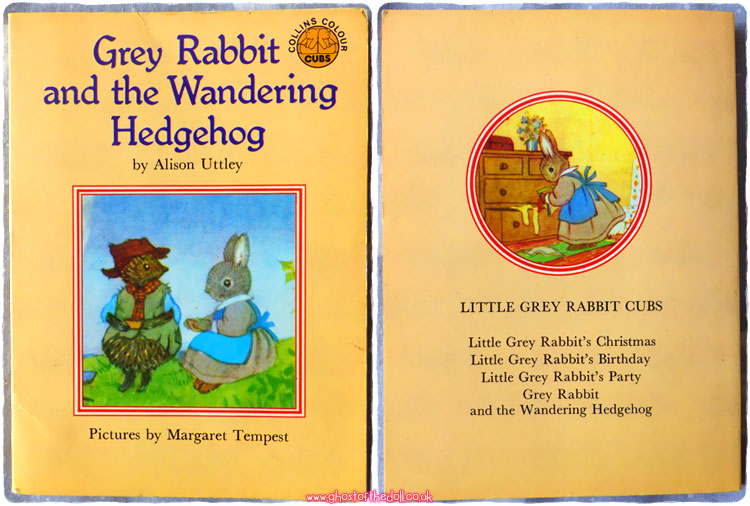 These are my childhood books, very well loved and all with my name written inside. 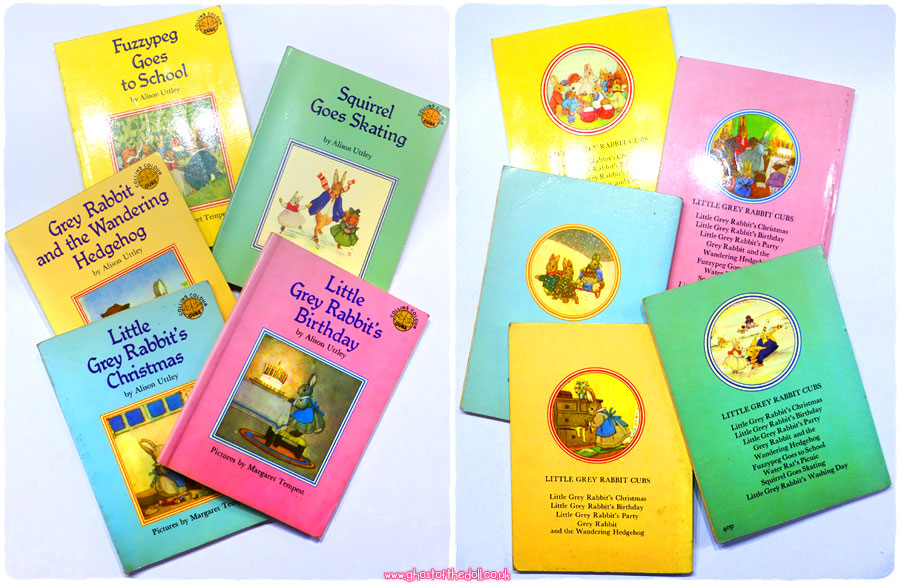 This is part of the Green Book series of Books For Me To Read first published in 1966 (which this version is from). 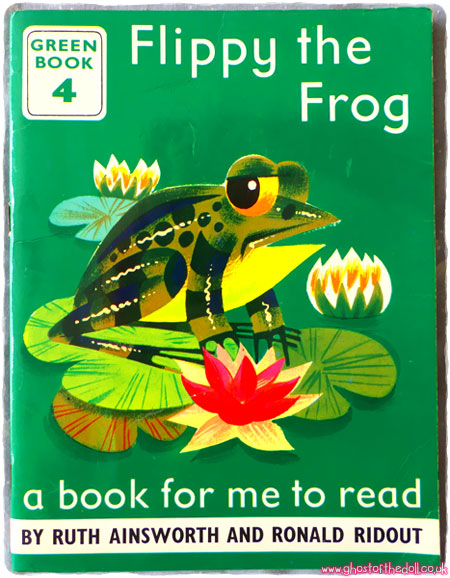 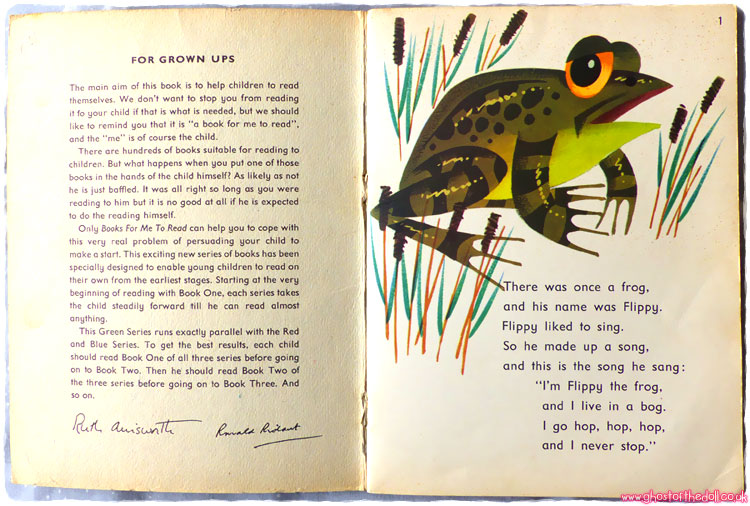 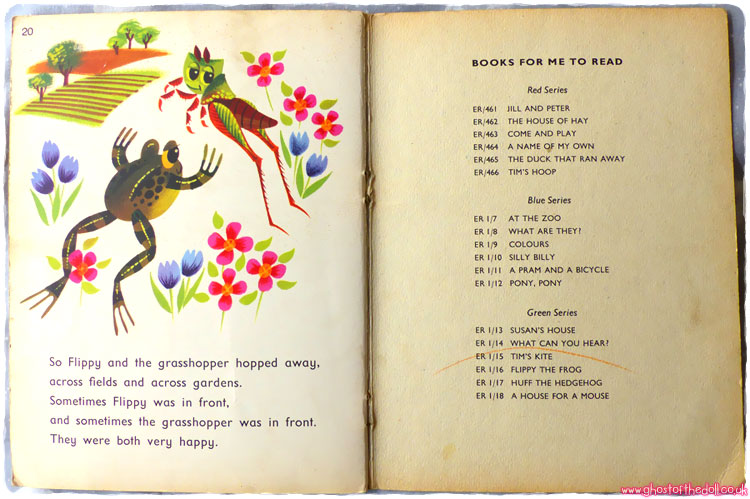 “The King, The Mice And The Cheese” by Nancy and Eric Gurney

This is a Dr Seuss ~ Book Club Edition ~ Beginner Book, and this edition is from 1970. I recognised the book as one I already own, but couldn’t pass over a bargain! 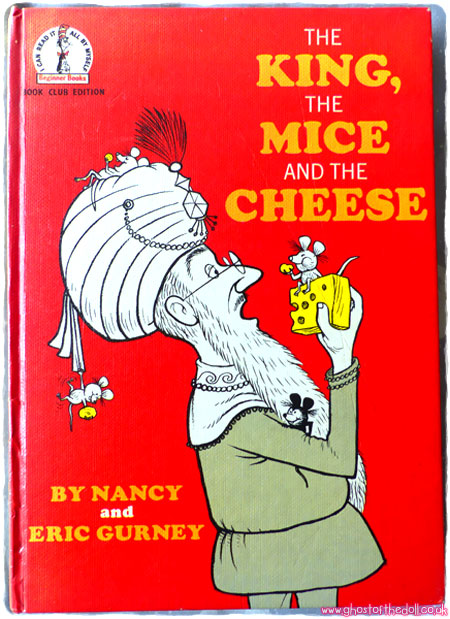 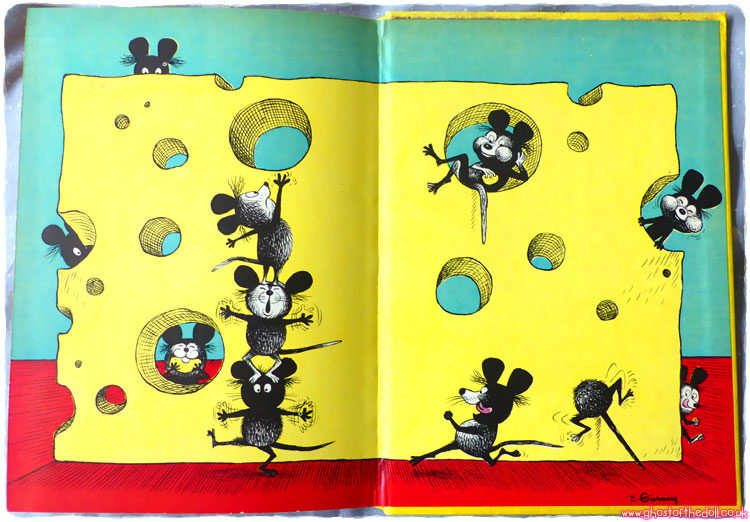 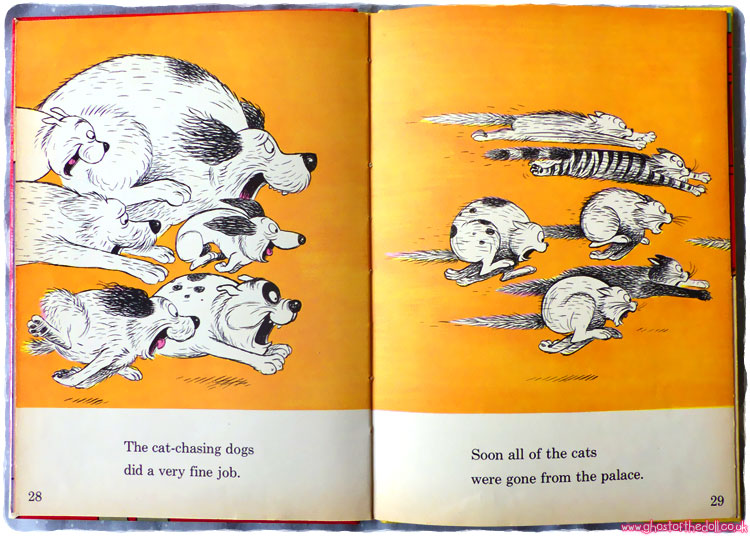 When I compared the publication date of the book I just bought against the book I already owned I found they had slightly different information even thought the books themselves are identical.

The book I just bought has:

Whereas the version I already owned has this:

This is my other copy, which is from a different print run, plus one other book from the same series. 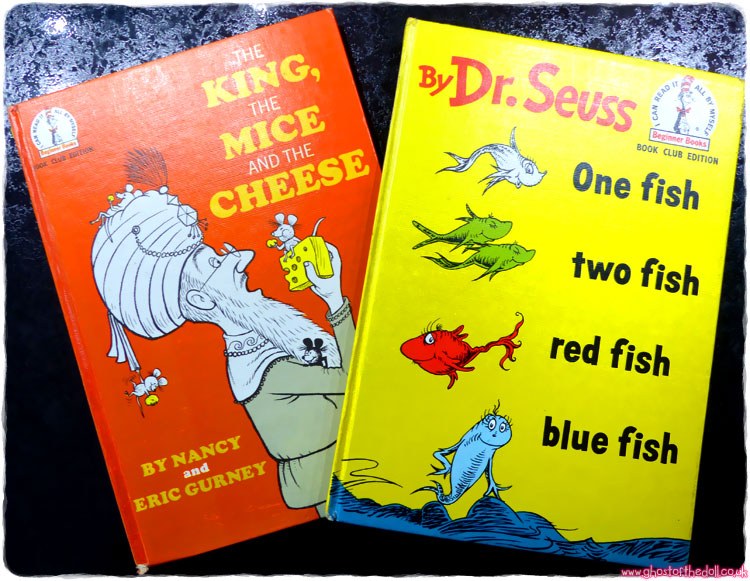 “The adventures of Robin and Rosie Cockle, whose parents run a seaside guest house , are well known to viewers of the Thames Television programme. Here is another chance to meet Robin and Rosie and all their friends at Cockleshell Bay, in a story from the series.” 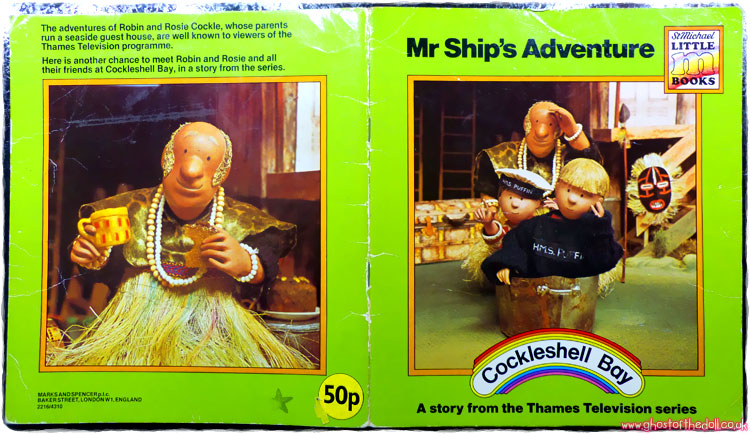 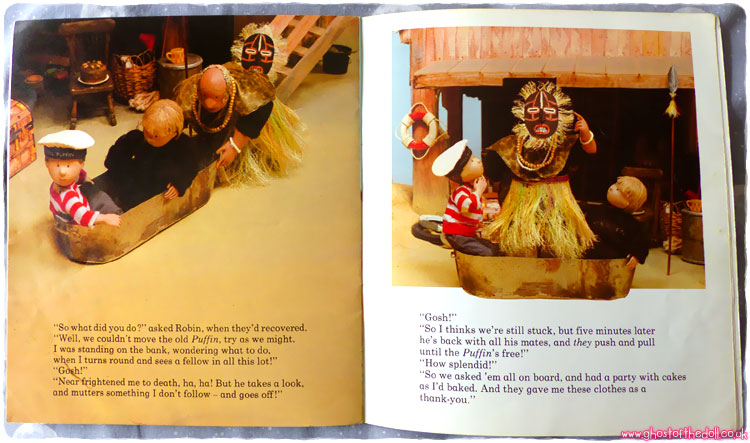 This is the forth book I have found from this series so far. The books were sold as individual paperback stories as well as hardback four story collections. 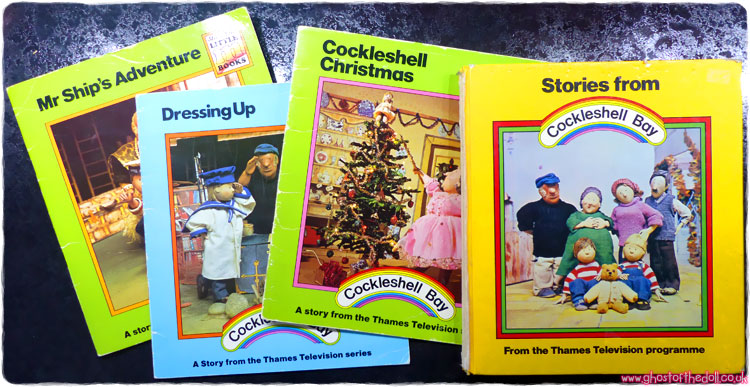 This book was first published in 1982, with this version from 1988. It is full of really lovely illustrations.

“A duck dances, a rhinoceros rollerskates, a zebra zigzags… animals of all kinds tumble helter-skelter through the pages of Mik Brown’s ABC. Children will love the funny illustrations and enjoy the sounds of the words introduced with each letter of the alphabet.” 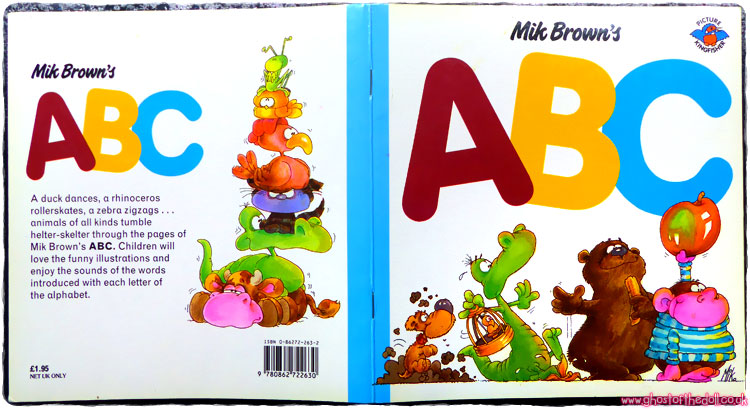 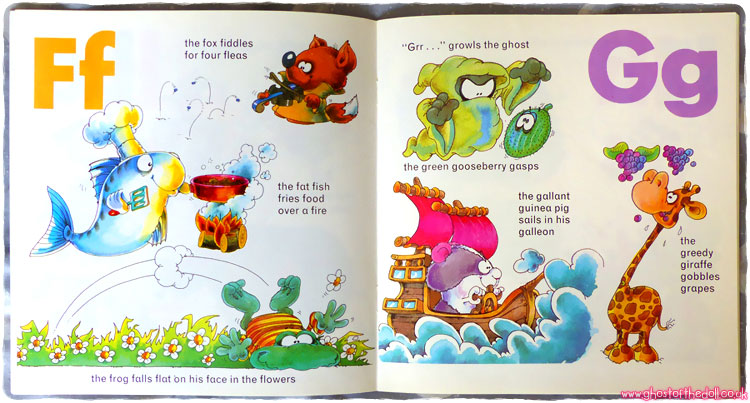 This book was published in 1987, and is a choose your own adventurer book. There are one or two illustrations but it is mostly text. 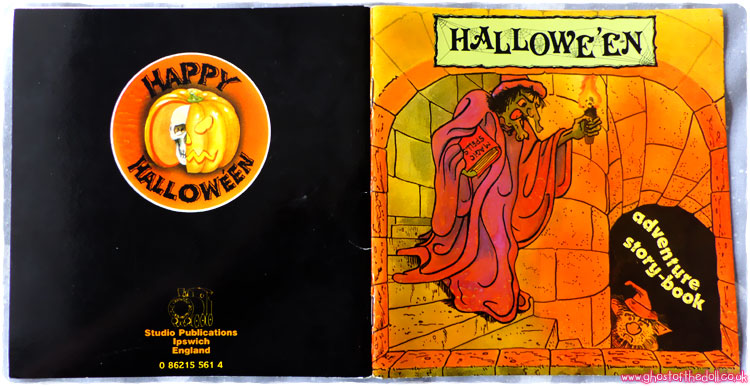 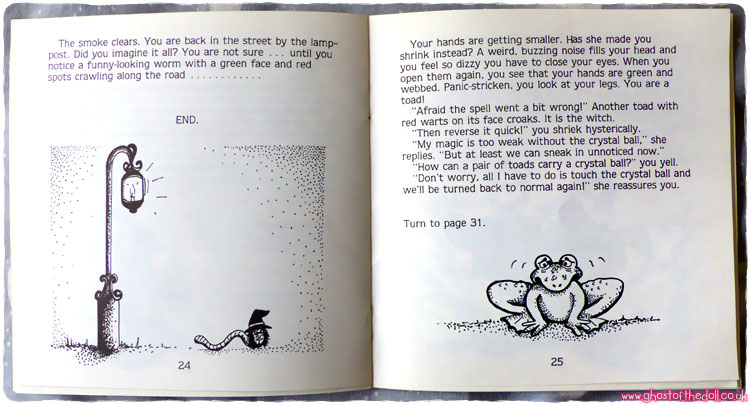 “The Obstinate Ghost” by Palmer and Lloyd

This book was first published in 1968, and this version is a second printing from 1973. It has illustrations by Rowel Friers.

“Ghosts of all shapes and sizes flit through the pages of this spine-chilling collection of spooky tales. You will meet a headless horseman, a pretty Hallowe’en ghost and a ghost in a barrel – not to mention the particularly obstinate ghost who haunts poor old Cissie.”

“The Children of Green Knowe” by Lucy M. Boston

This book was first published in 1954, this version is from 1975. It has illustrations by Peter Boston.

“Tolly had expected to be the only child in his grandmother’s old house, but time meant nothing at Green Knowe, least of all to the children who had been so happy there centuries before.”

“Alfred Hitchcock’s Once Upon A Dreadful Time” by Various Authors

This book was first published in 1964, and this version is a second printing from June 1974. It has Blue page edges.

“Here are 16 haunting stories from the few stout-hearted men who aren’t afraid of the gentleman… and nearly scared him to death.”

This book was published in 1992. It was based on the screenplay by Dean Cevlin.

“The shattered bodies of US soldiers resurrected by means of UniSol’s cybernetic engineering, they were the special assault force programmed to succeed where all else failed.”

Universal Soldier appears to be ex-library book, although it still has its ticket inside. It was only taken out four times. 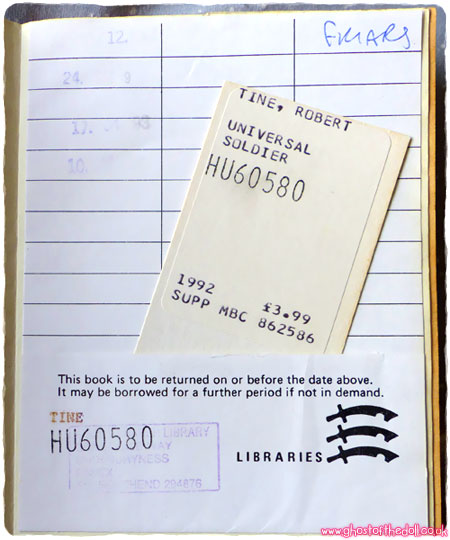 I bought these two movies earlier in the week, both double disc sets: Trainspotting and Lost Highway. 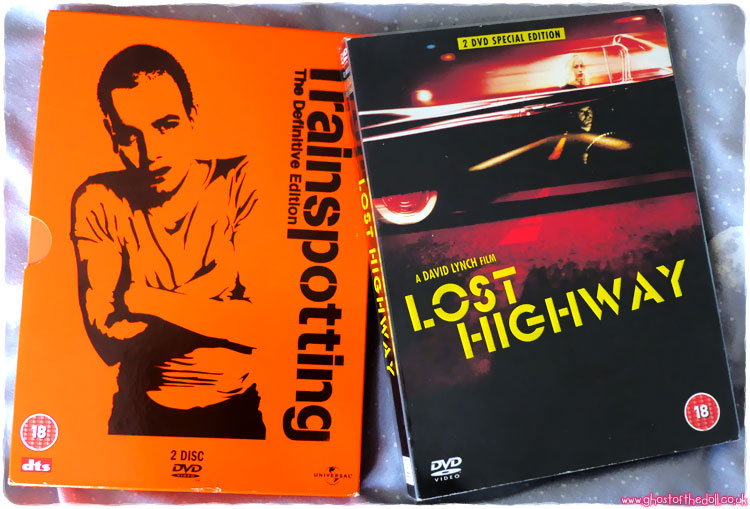 Trainspotting came with a slightly split poster inside and an extra outer sleeve.

Lost Highway came with a neat see-through plastic sleeve with all the text written in yellow.

There were lots of little packets of beads to choose from, but I was quite restrained! I went for these lovely faceted copper glass ones. I also bought a keyring with a large glass heart which I shall remove and hang in a sunny window to create rainbows. 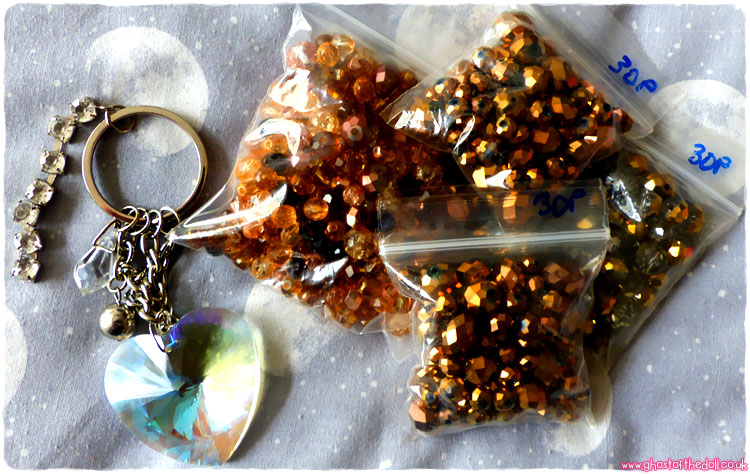