The mister and I popped out on Saturday for a mooch around town (there may also have been cider) and I came back with all sorts of goodies! I found a Mr Tickle money pot, two Lalaloopsy dolls, a pink Frizzys, The Graffalo, a Puppy Surprise talking baby, two more Furbys, a Moshi Monster, Masters Of The Universe and Fighting Fantasy books, and a Rubik’s Octagon. 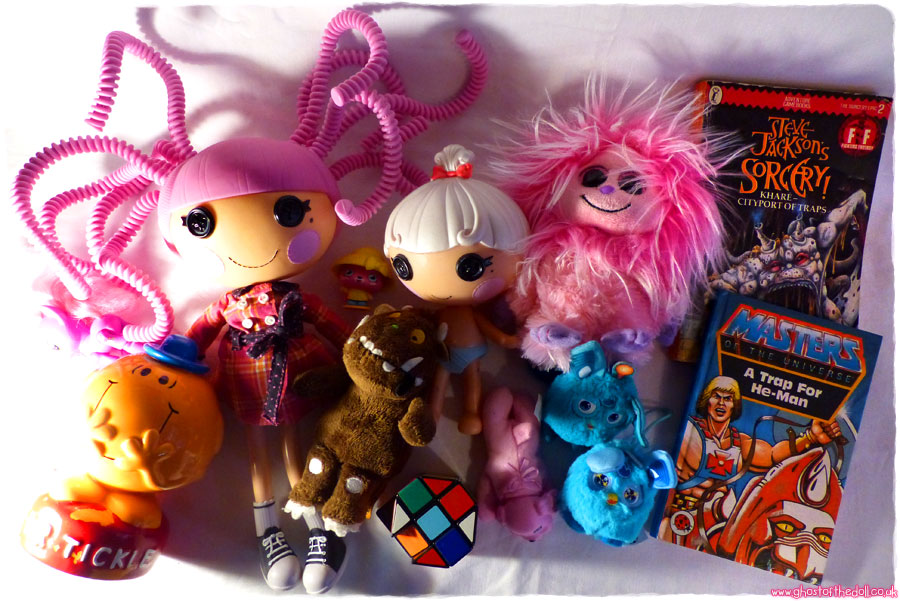 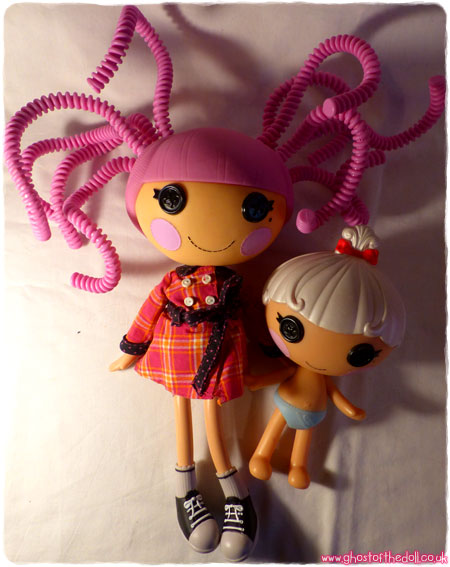 There were six Poppet figurines, each came with candy and stickers in a blind bag, c.2013. 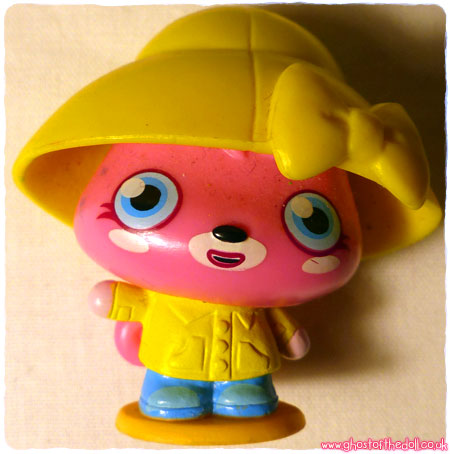 I found another light blue one, and a dark blue which I didn’t have (I can never remember what I have!). Now all I need is the pink one for a complete set. I should be able to remember that! 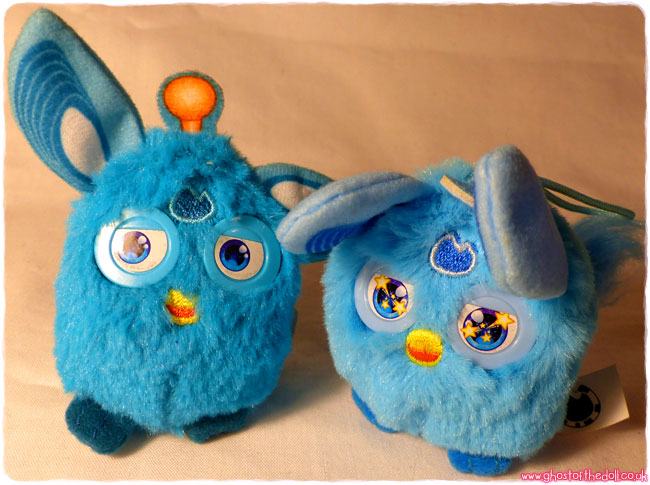 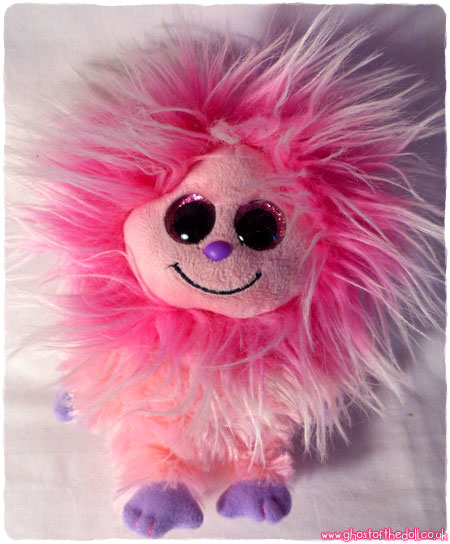 He’s missing his bottom bung (oo-er), but that doesn’t really matter if not used. He’s made of ceramic and was produced in 1997. 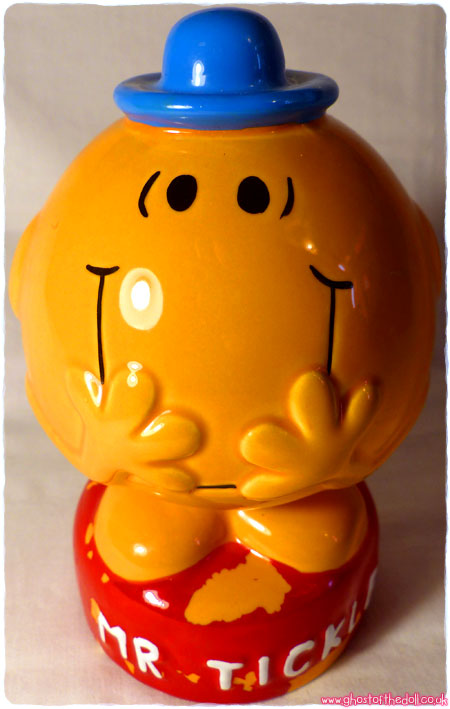 Sitting down he is 12cm high. 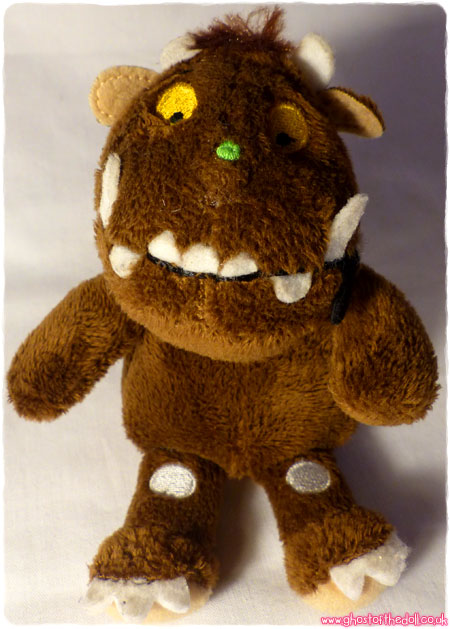 This is one of the barking pups, which came with one of the newer re-issue sets. She looks just like the non-barking pups but with a voicebox inside.

This is the second poseable pony I have found. This one is CheeriLee and came with the Teaching playset.

I had this one as a child. I lent it to a friend who mixed it up so much I never got it back into shape again. I was not happy. 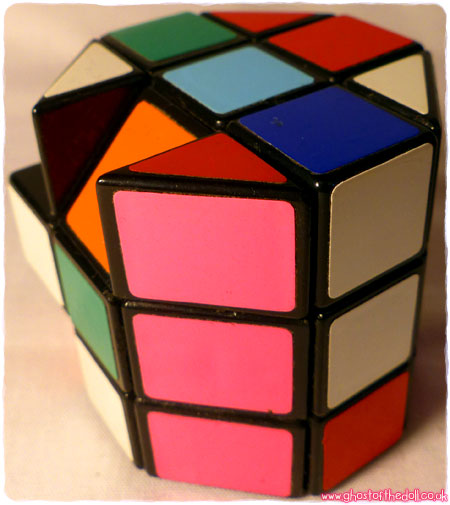 I haven’t come across any FF books for years. They have such good illustration. 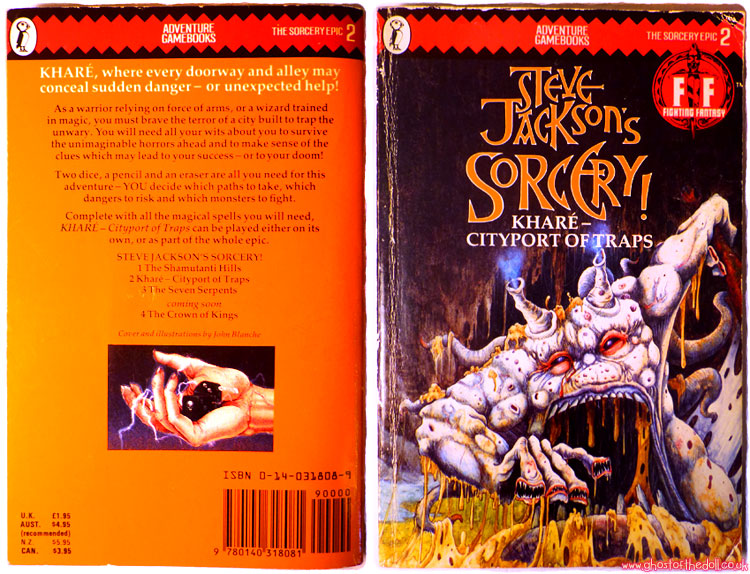 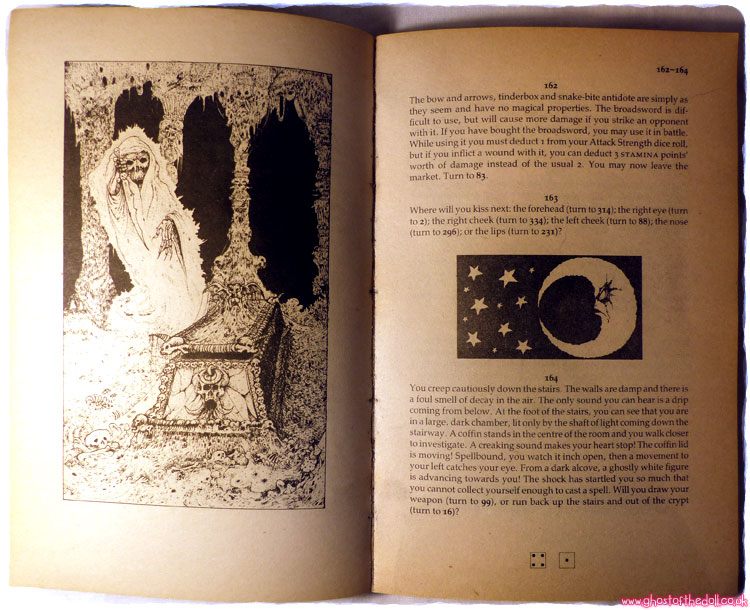 Masters Of The Universe “A Trap For He-Man” 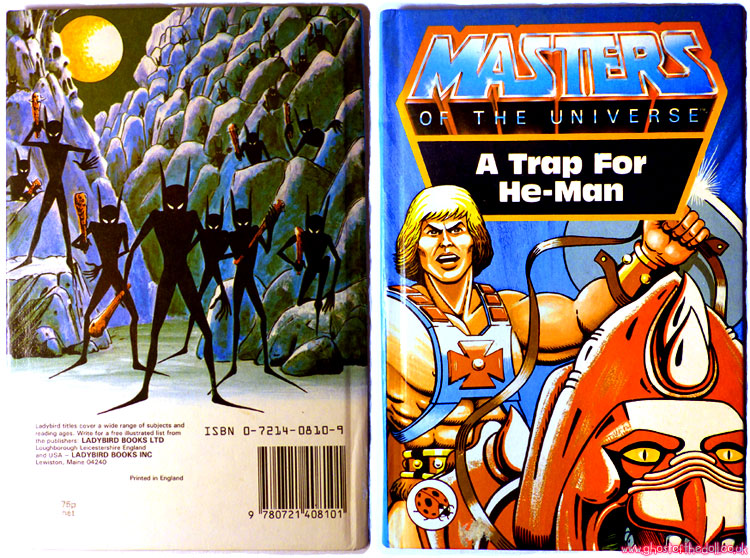 “I will bear you on your way.” cried Stratos. “A summons from the Lord He-Man to one is a summons to all.” Teela dismounted and spoke to her horse. “Return to Castle Grayskull.” And as the horse wheeled and galloped obediently away, she wrapped her arms around the powerful body of Stratos and rose with him high into the morning sky. 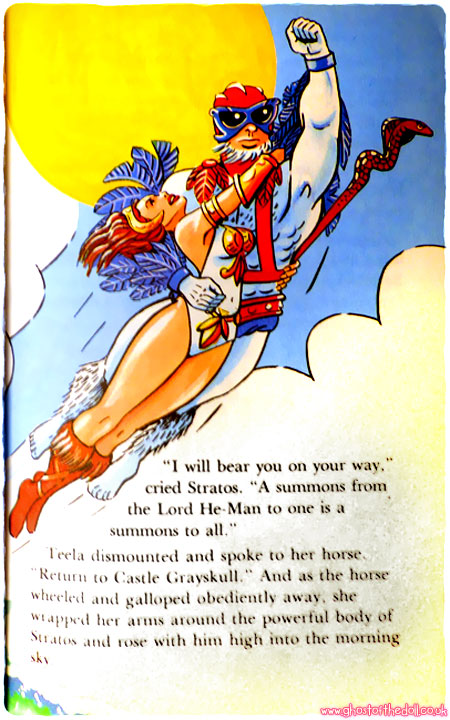