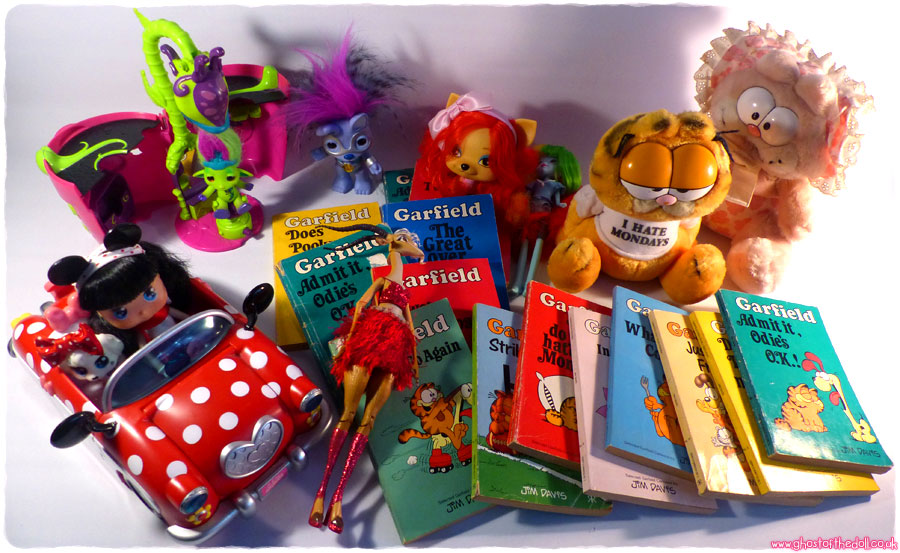 My first purchase of the morning was these two 1980’s Garfield soft toys, quickly expanded to include fourteen Garfield paperbacks (ten different titles, four being duplicates). I think I love Garfield as much as he loves lasagne! 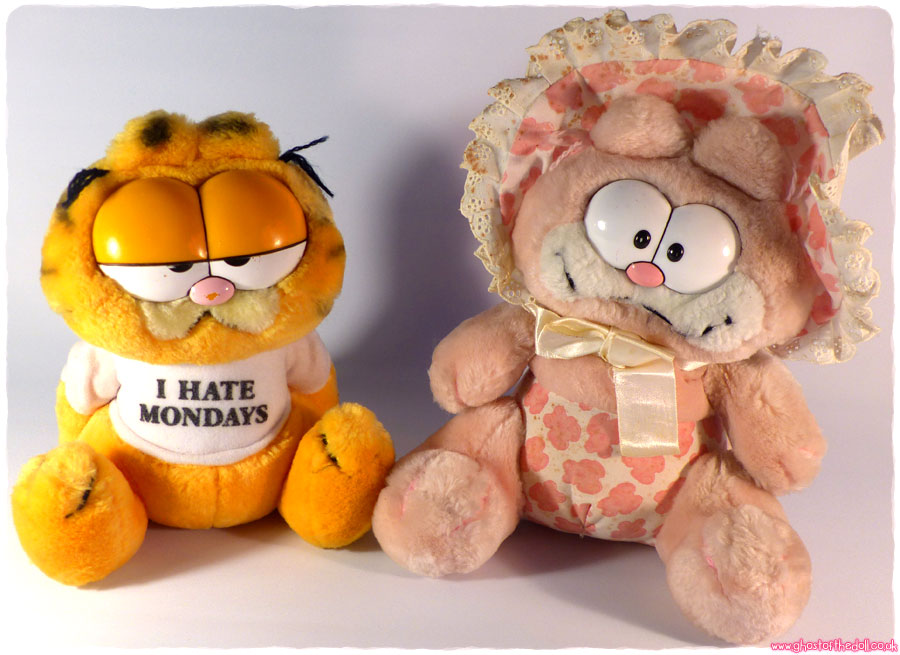 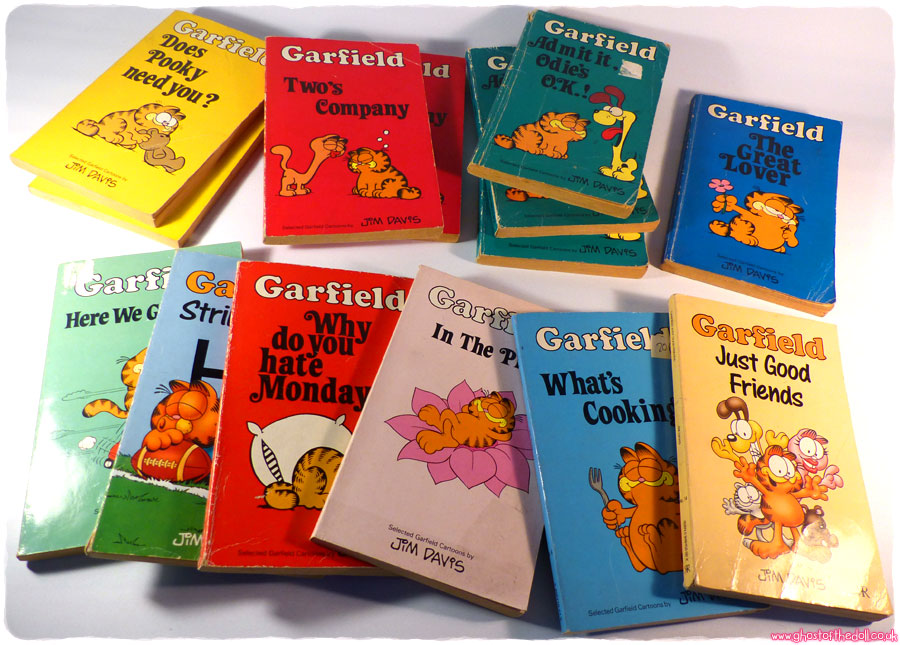 My next purchase was a semi-clad Rainbow Dash, from the Equestria Girls Collection. A wash and a brush has brought her hair back nicely. Typically, she has none of her original clothing (the top she’s wearing belongs to Rarity from the same set). 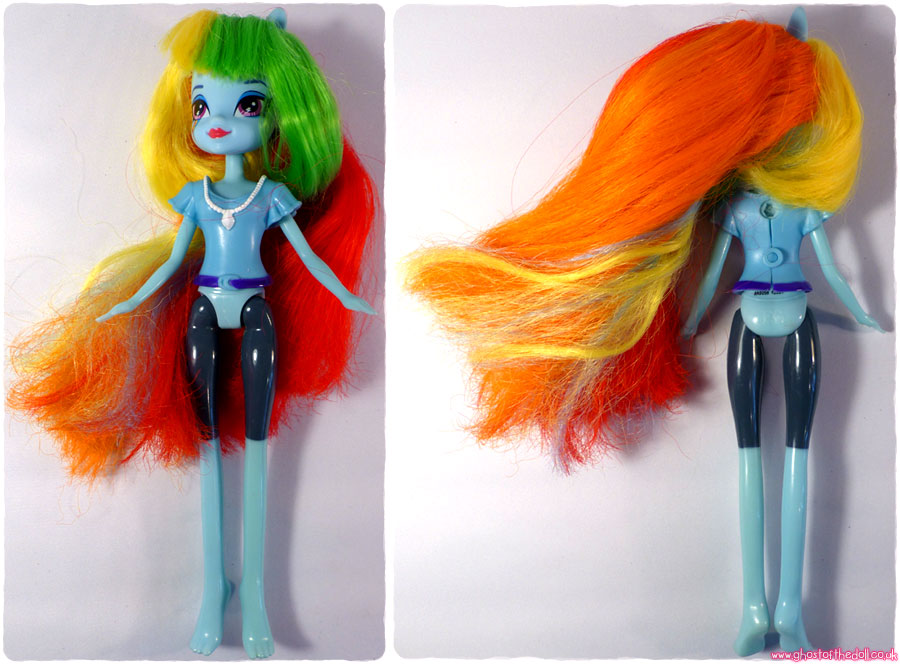 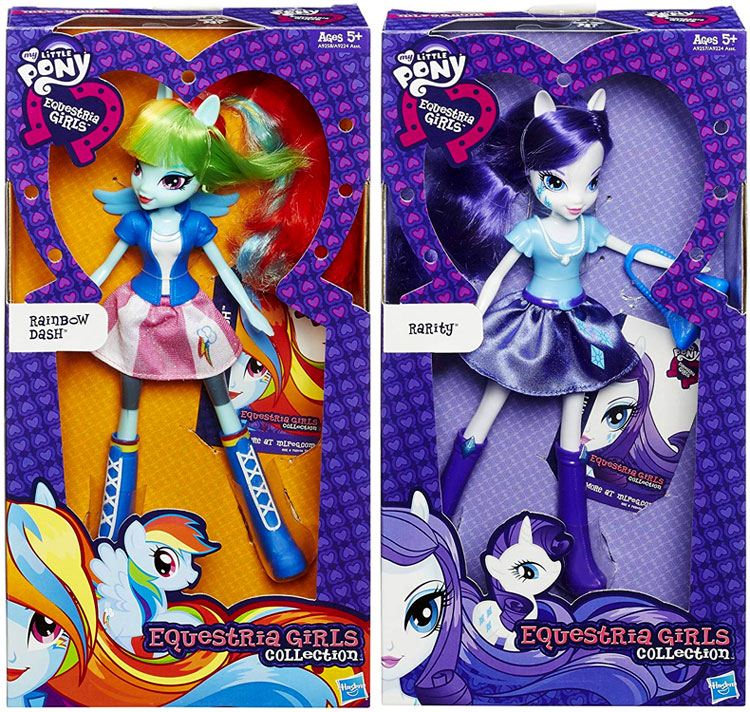 I then spied this most peculiar singing doll on a table a few cars along. I had no idea who she was, only that she was so weird I had to have her! She’s the gazelle from Disney’s Zootropolis movie (called Zootopia in the US). Press the button on her side and she sings a short excerpt of “Try Anything” by Shakera.

She’s articulated, with jointed shoulders and slightly flimsy jointed elbows. Her legs, although look like they should, hardly move at the top so she can’t be seated. Her knees, on the other hand, move rather pointlessly in all directions! She’s missing her microphone, which loosely slotted into her right hand. 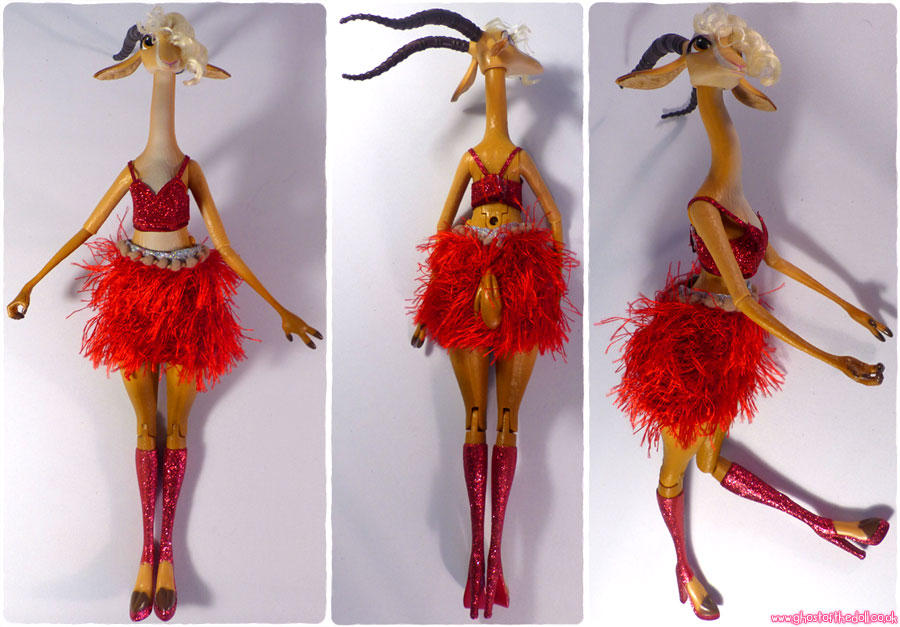 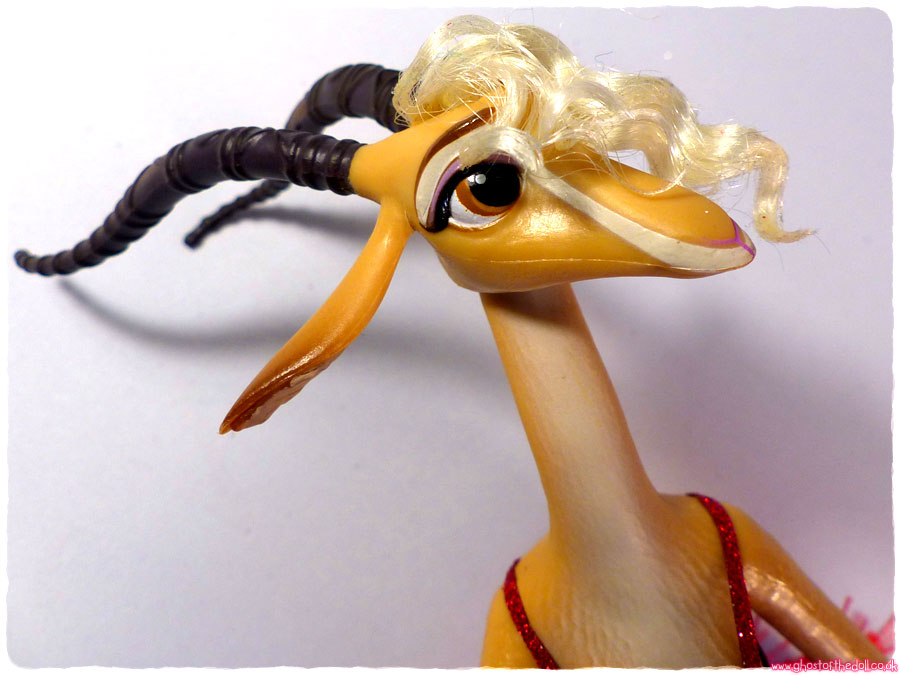 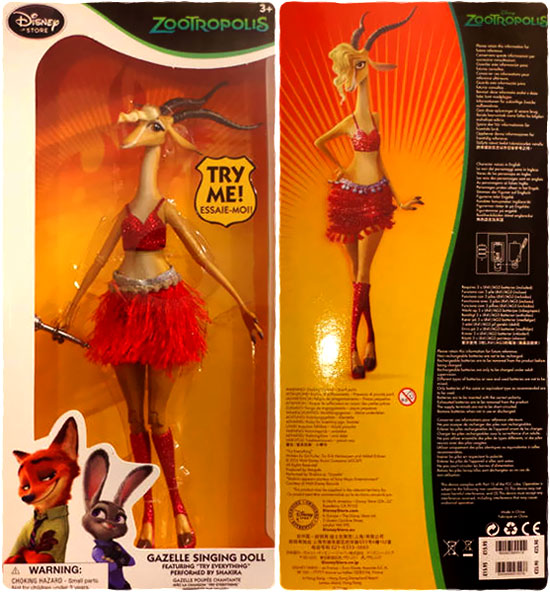 I spotted this VIP Pets puppy called Juliet quite easily amongst various other things with her bright red hair! She came with her original hairband with large bow, necklace, and two lengths of ribbon. She would also have had a comb and three curlers. 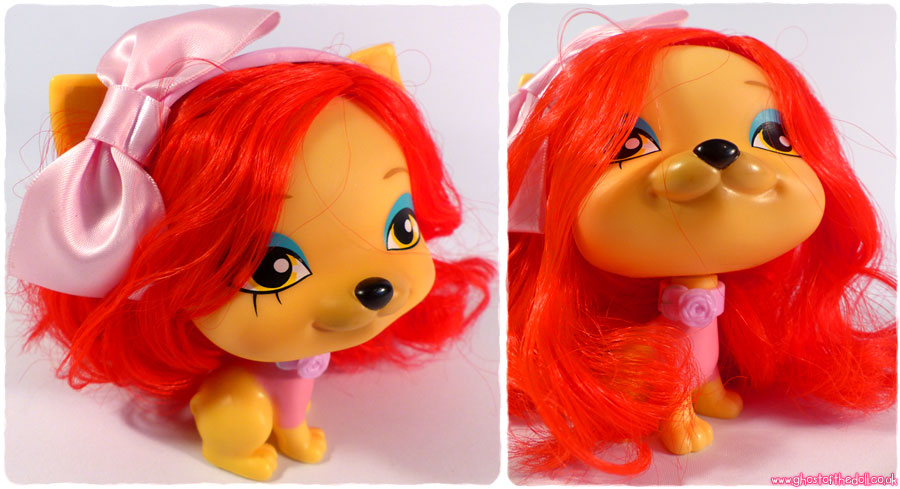 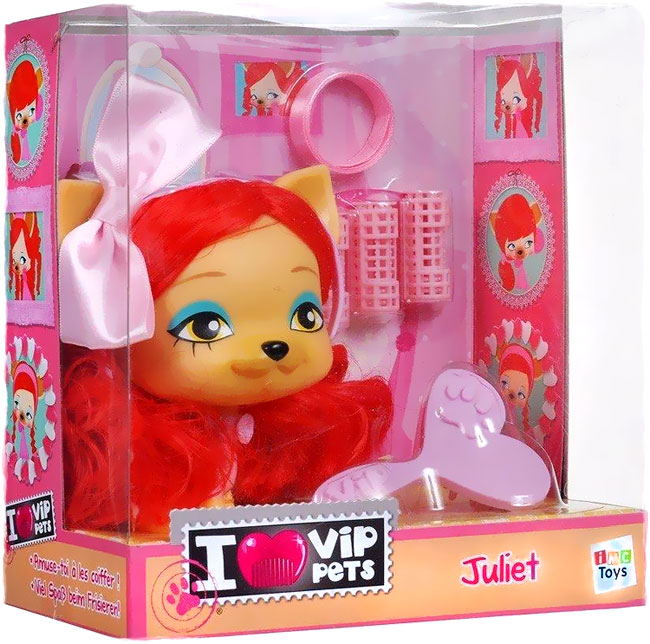 Rounding the corner of cars, I spotted my last three purchases sitting on a table next to each other. This included a Crystal Wishes Zelf called “Powerpup“, a Zelfs playset called “Venus Flytrap Spin Salon“, and an I Love Minnie in a super cute polka-dot car!

Powerpup is a large super hero Zelf from series 6. I love his hair. 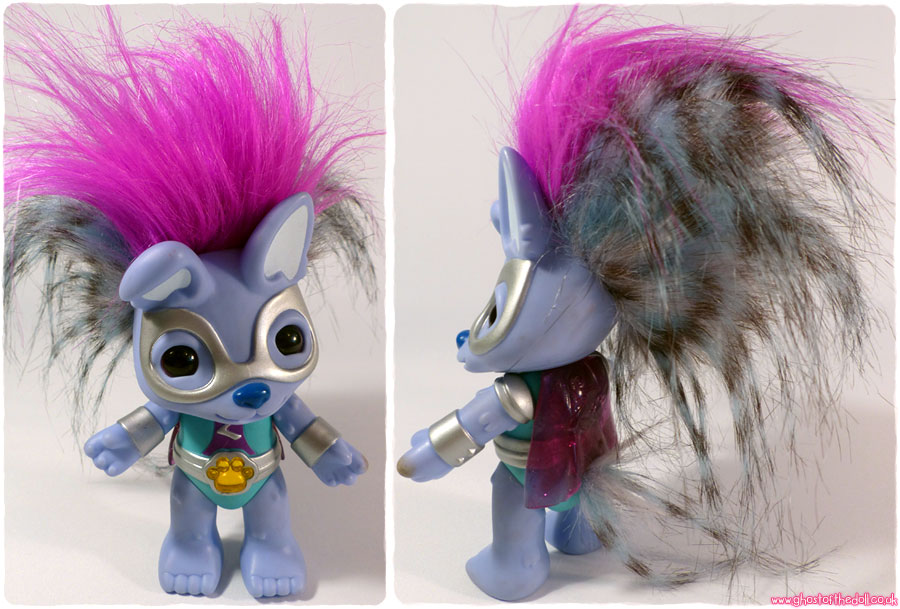 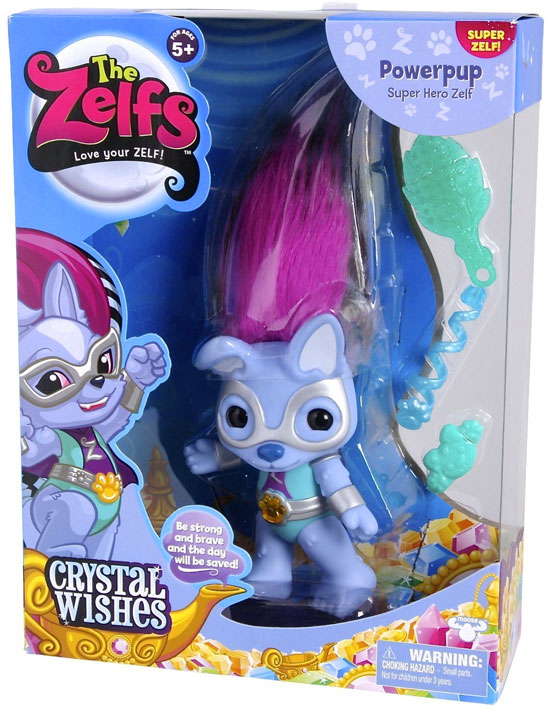 The Venus Flytrap Spin Salon playset included Tressa Zelf and one of the accessories (a tiara). 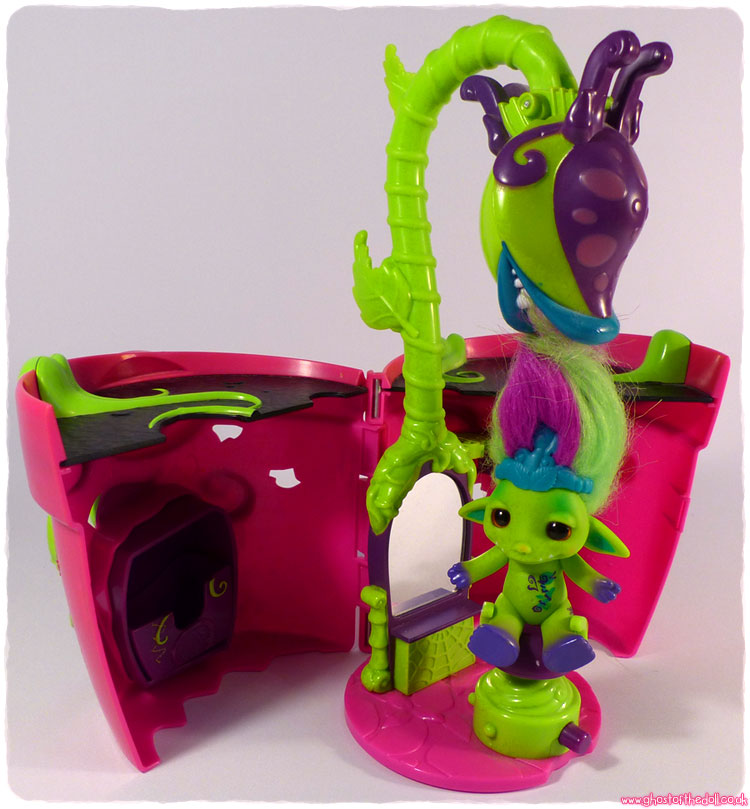 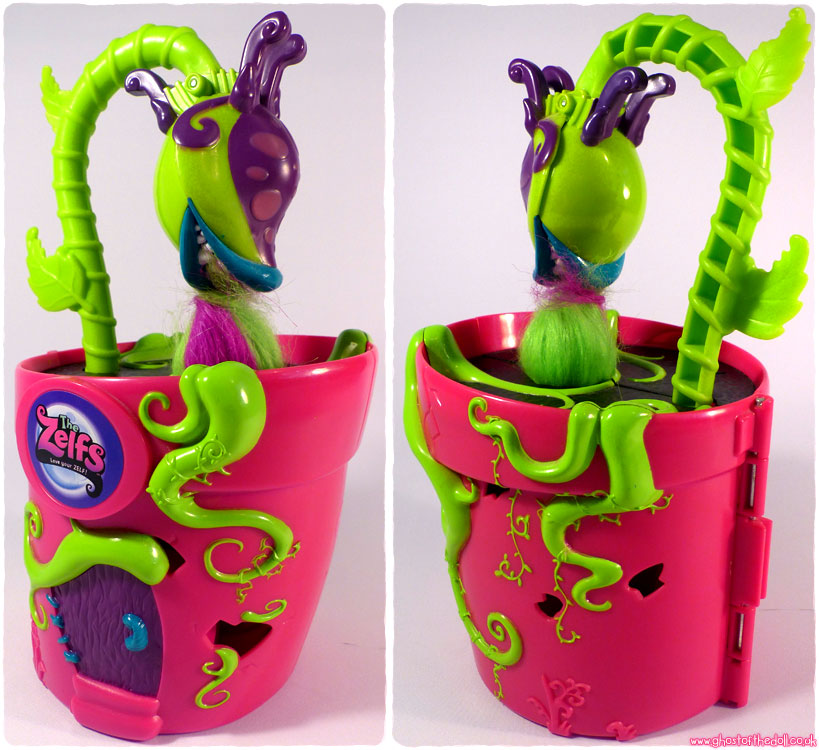 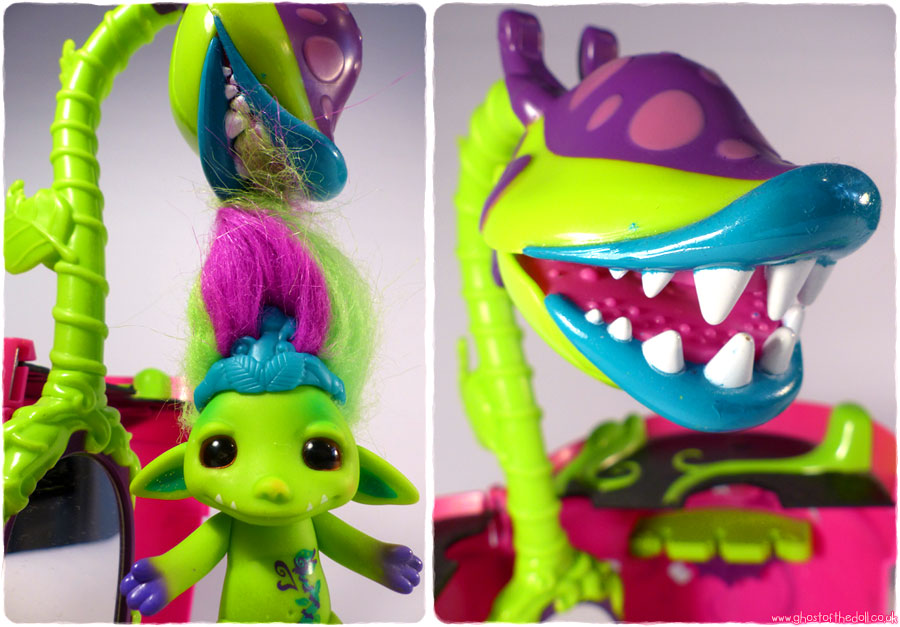 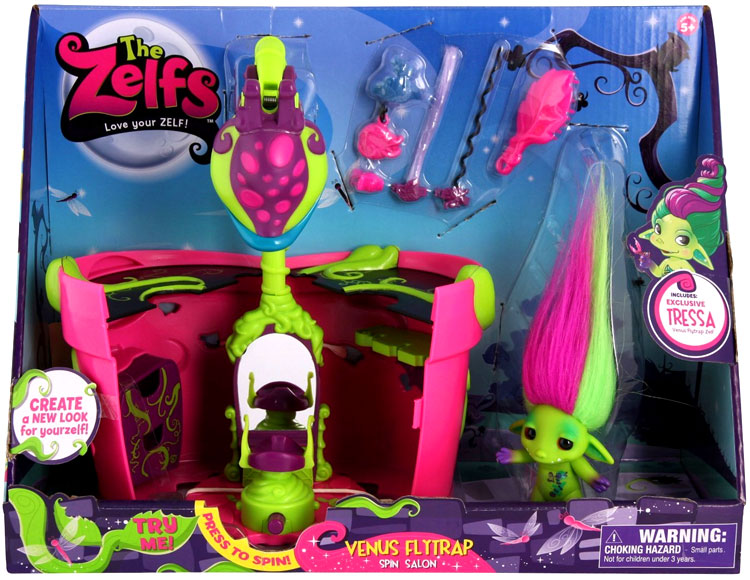 This I Love Minnie Picnic Car came with a fully clothed Minnie doll (minus her sunglasses), her puppy and a few of the original picnic accessories (of which there were over thirty five). The seats can be removed to become reclining picnic chairs/sun loungers. 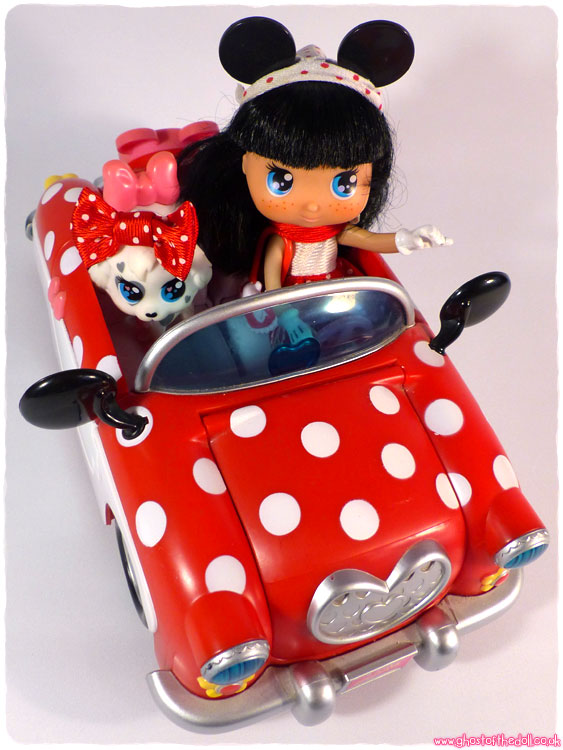 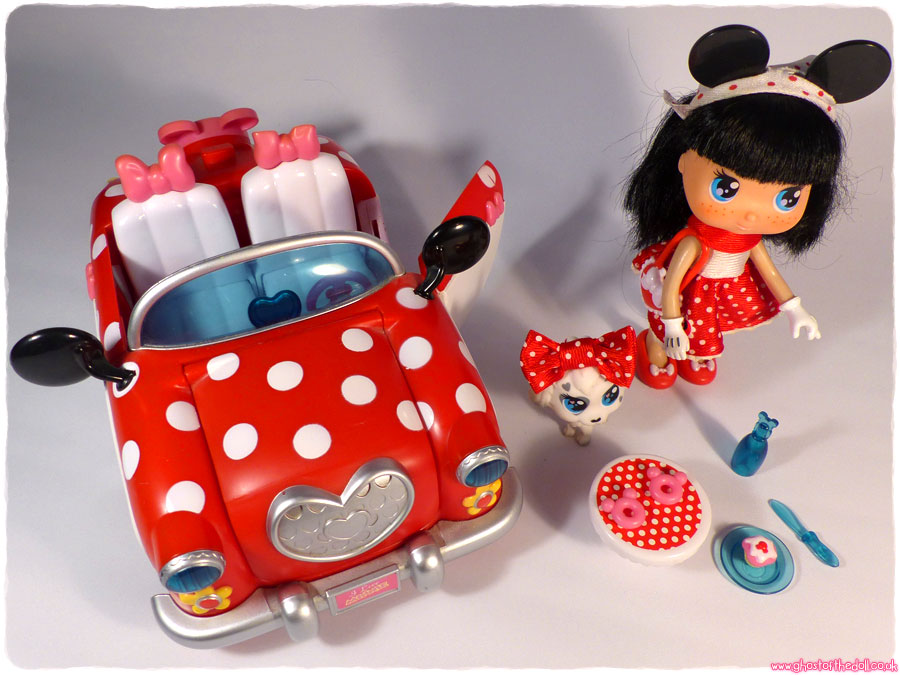 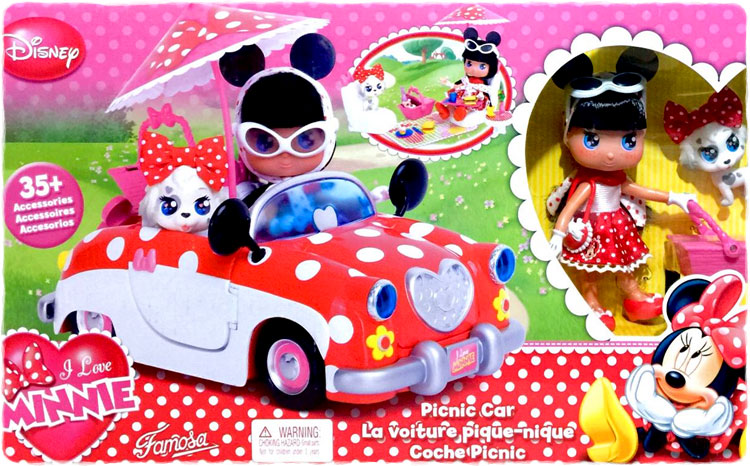 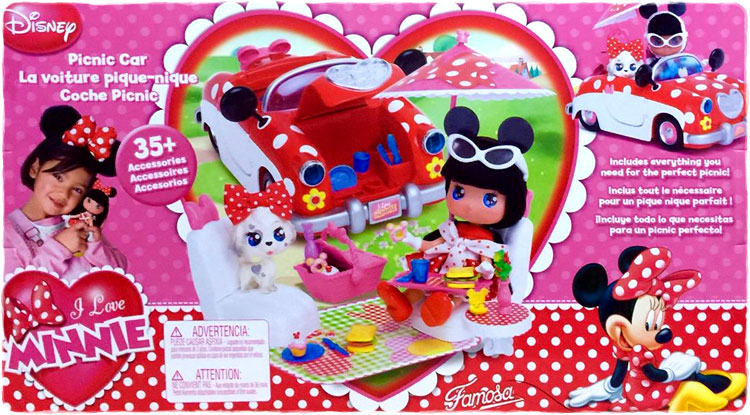 Here’s Minnie taking other carboot Minnie for a topless spin! 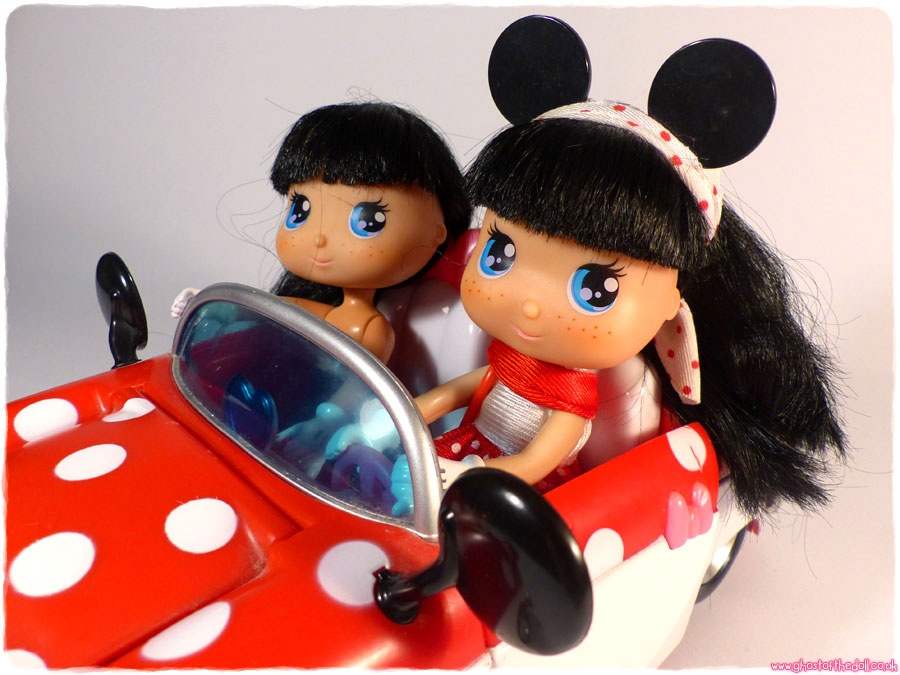