Last year bought two vintage Picture Lions children’s books dated 1973 with no reprint date, were they first editions? The books were The Tiger Who Came to Tea by Judith Kerr and Petunia by Roger Duvoisin. I wondered about their resale value (as I do with everything I buy second-hand!) so set to researching The Tiger Who Came to Tea first. I began looking at other sales and very quickly noticed that the books were all listed as “first edition” even though the original sale prices varied greatly (mine was 30p, whilst others I found were at 85p, £1.00, £1.25, £1.95 and £2.99). Some even had barcodes on the back but were still listed as 1973 first editions even though barcodes were not introduced to the UK until 1979. 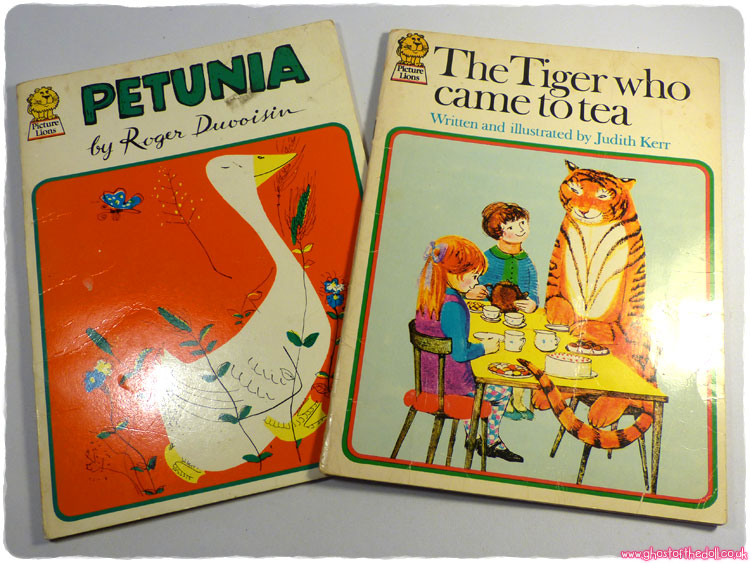 After a bit of digging, I was able to confirm my two books as authentic first editions via an original advert for the book series from September 1973. There were 16 titles to be published in the October, with 12 more due to be added before the end of the year. Priced at 30p and 40p each.

My “Tiger” book only has 15 titles listed, and “Petunia” has 16, another clue to their print year. Later editions don’t seem to include this list, just a black inner back cover page. The publishing details were moved to over the tiger’s head with the price/ISBN on the back cover instead. The publishers address also changes over time: 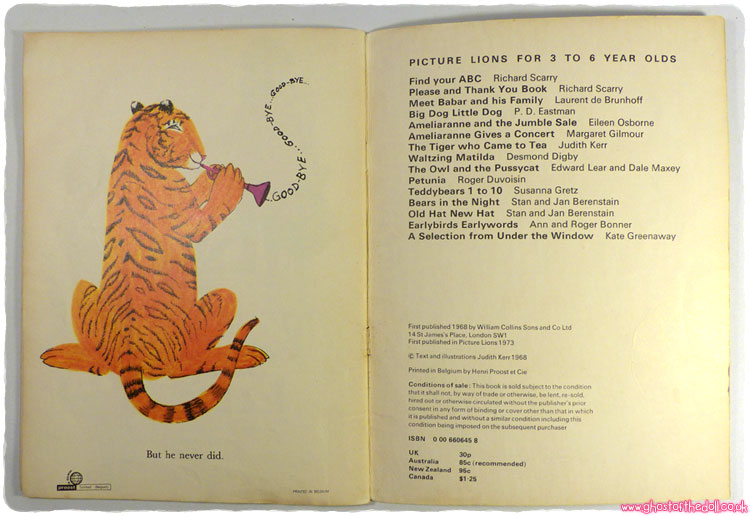 The Tiger Who Came to Tea ~ 1973 Edition Inner Back 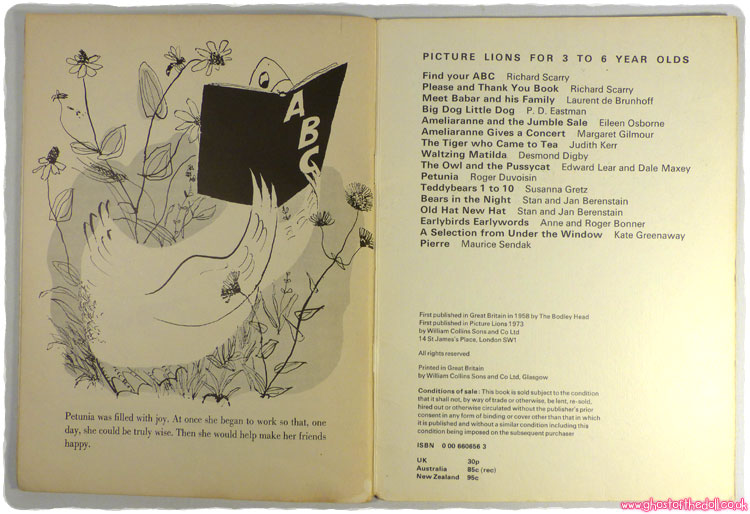 These are later edition back pages (with blank inner back covers): 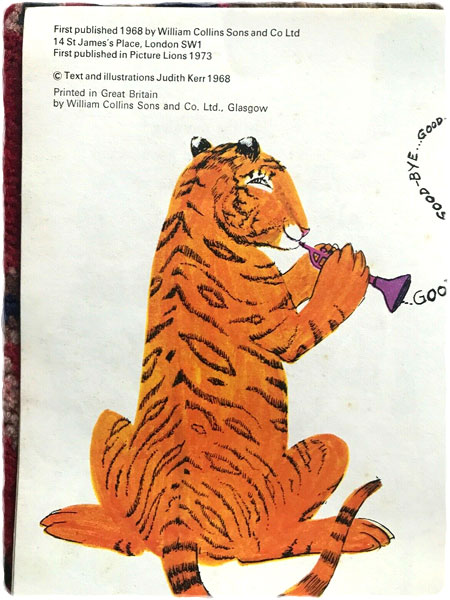 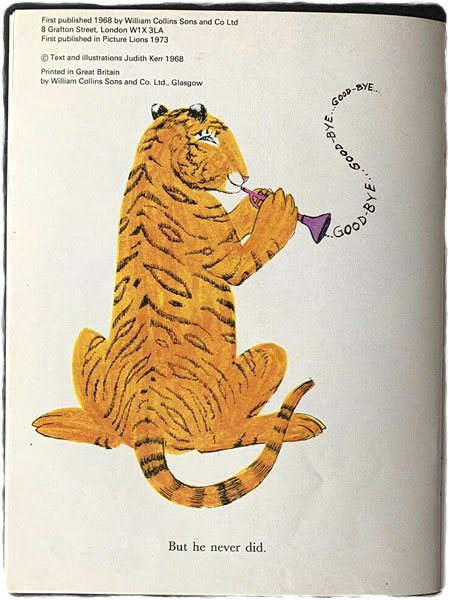 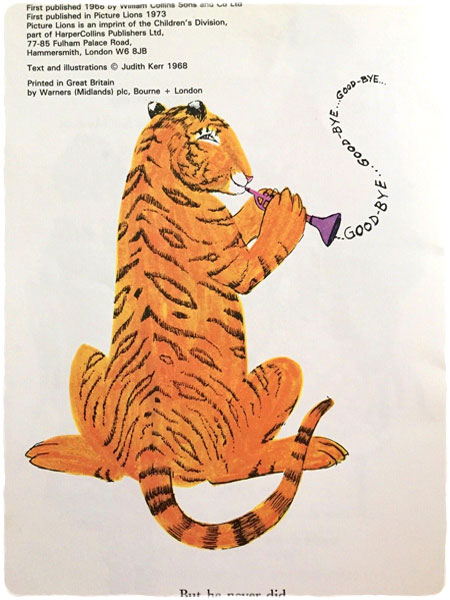 Here are some examples of back covers of later editions with different prices. 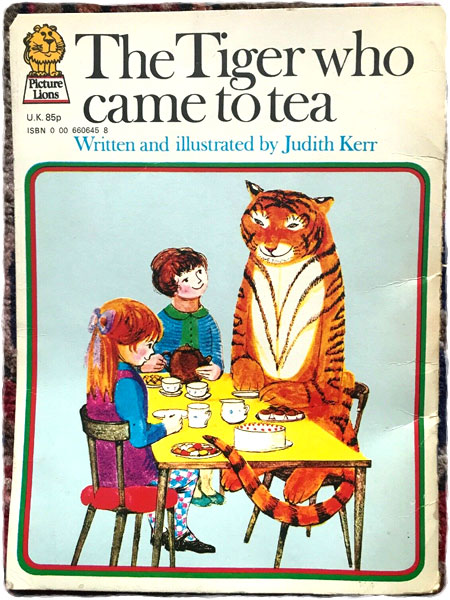 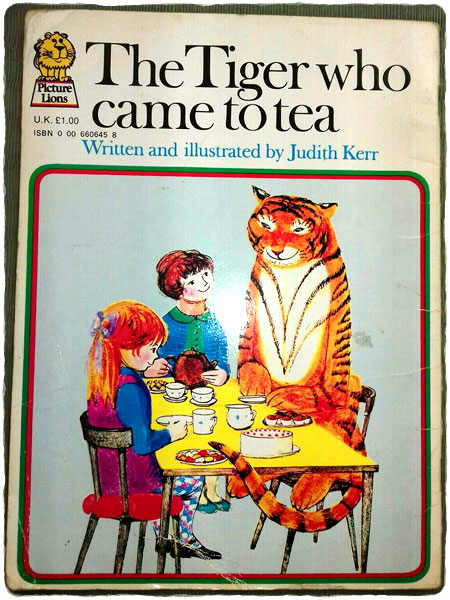 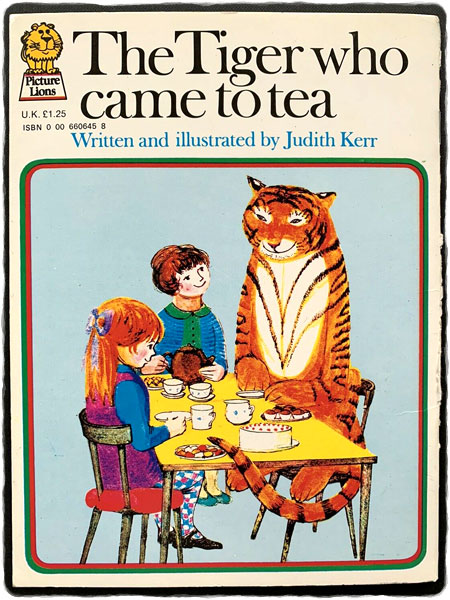 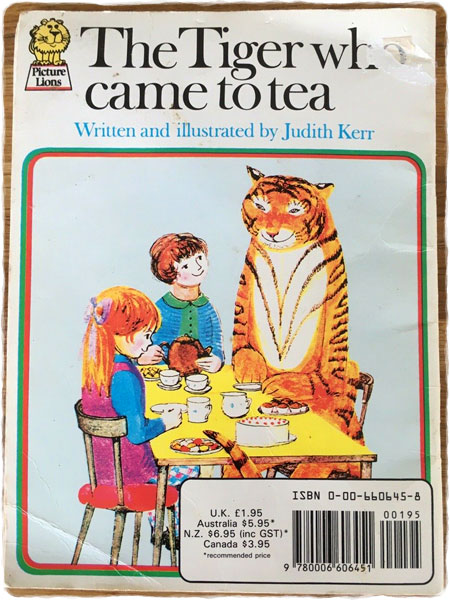 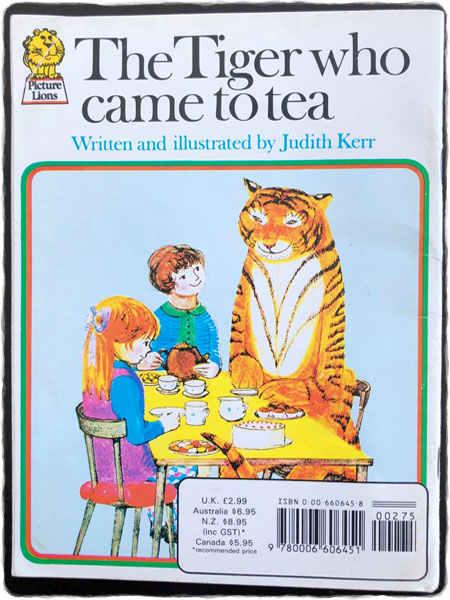 The first sixteen books in this series, published in October 1973, included (as listed): 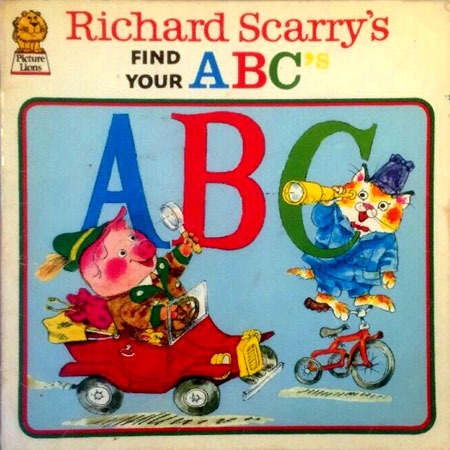 Find your ABC by Richard Scarry 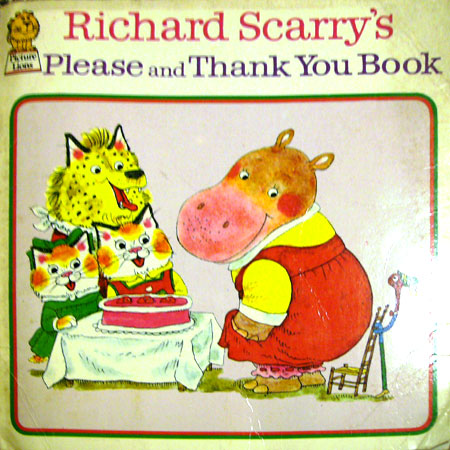 Please and Thank You Book by Richard Scarry 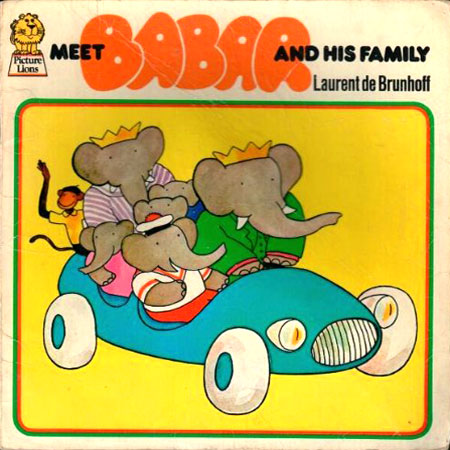 Meet Babar and his Family by Laurent de Brunhoff 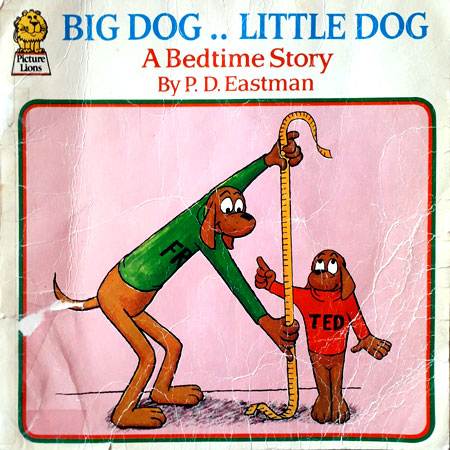 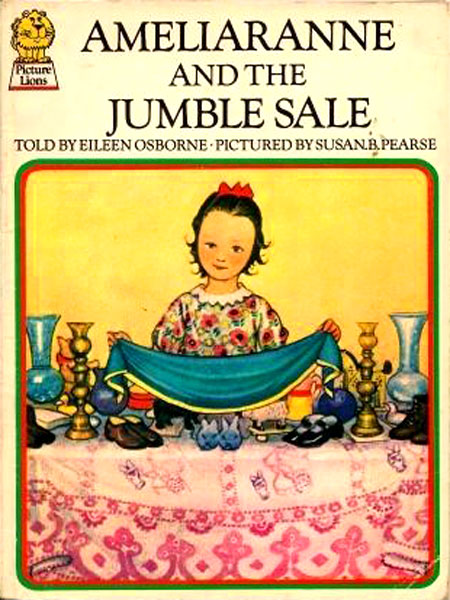 Ameliaranne and the Jumble Sale by Eileen Osborne 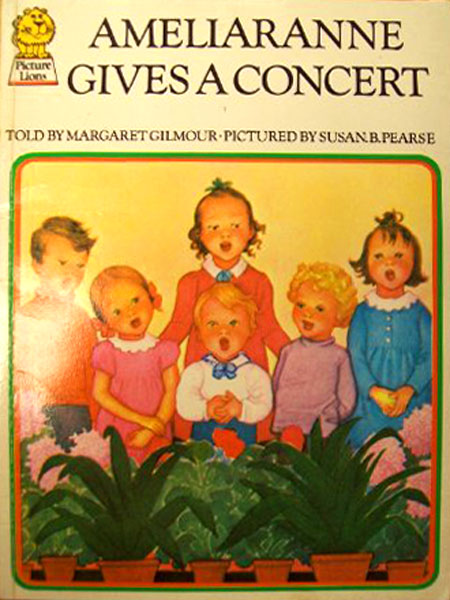 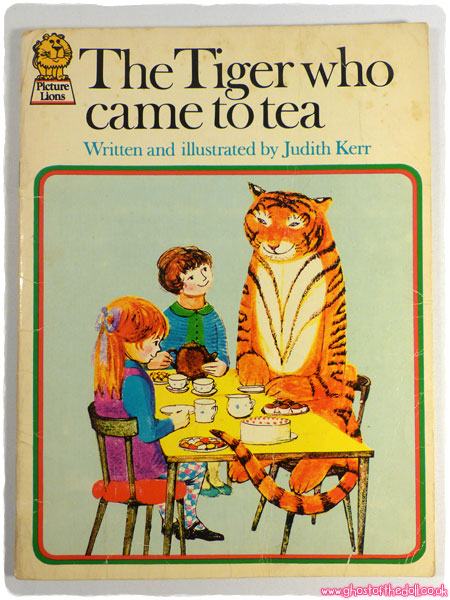 The Tiger Who Came To Tea by Judith Kerr 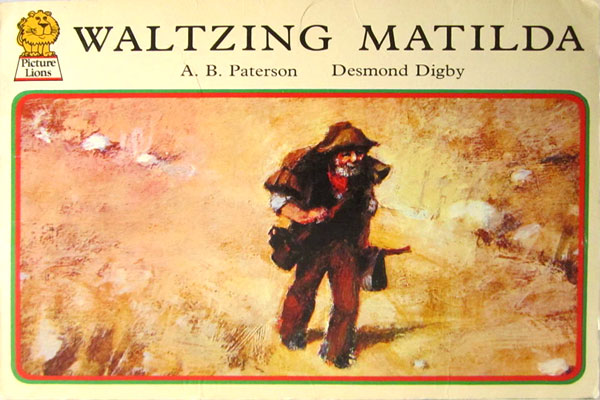 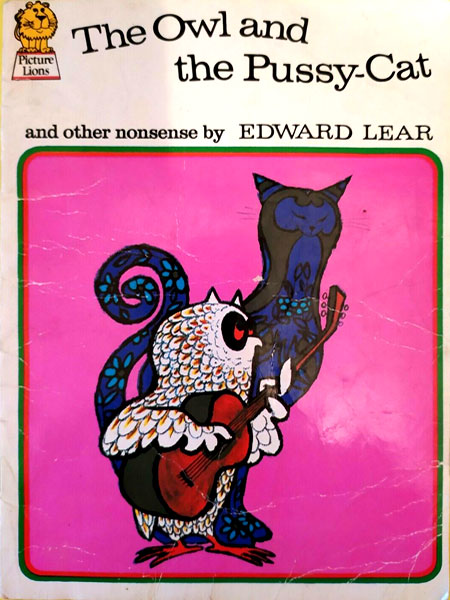 The Owl and the Pussycat by Edward Lear and Dale Maxey 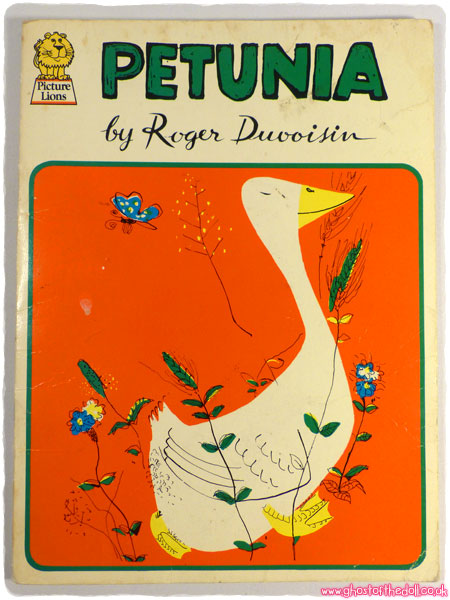 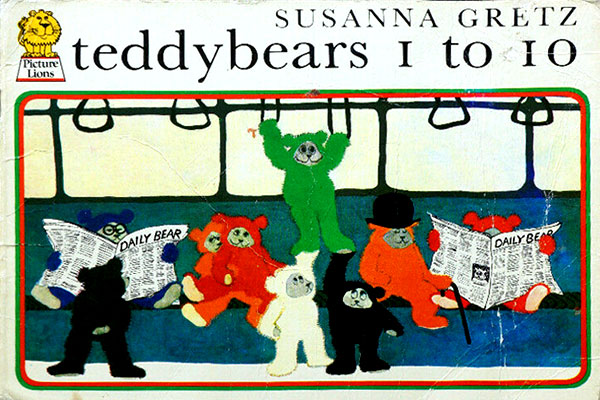 Teddybears 1 to 10 by Susanna Gretz 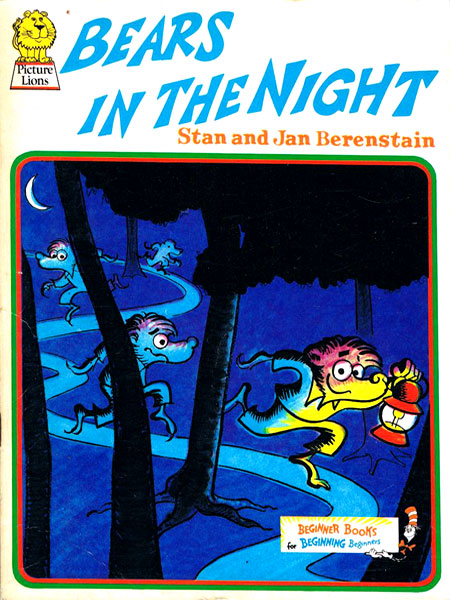 Bears in the Night by Stan and Jan Berenstain 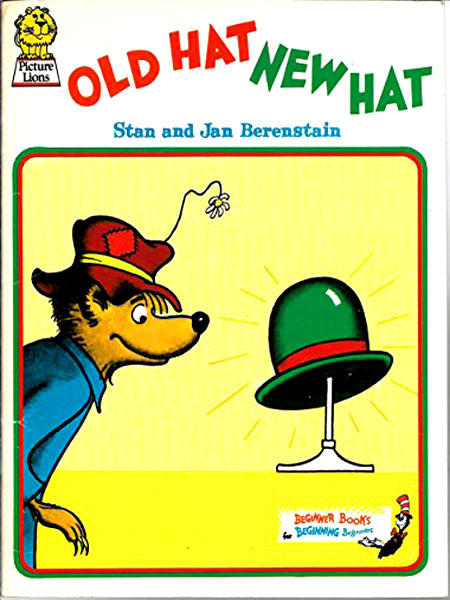 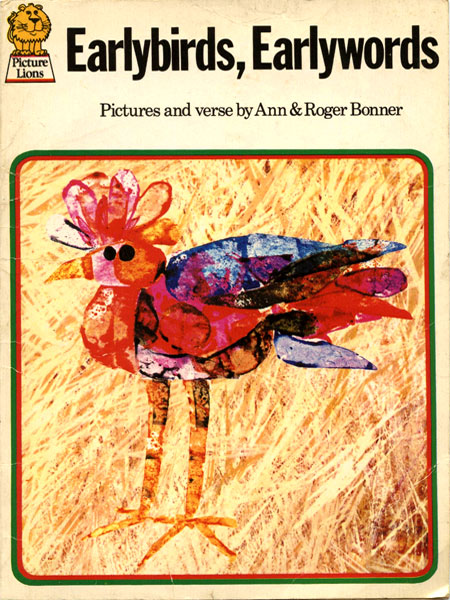 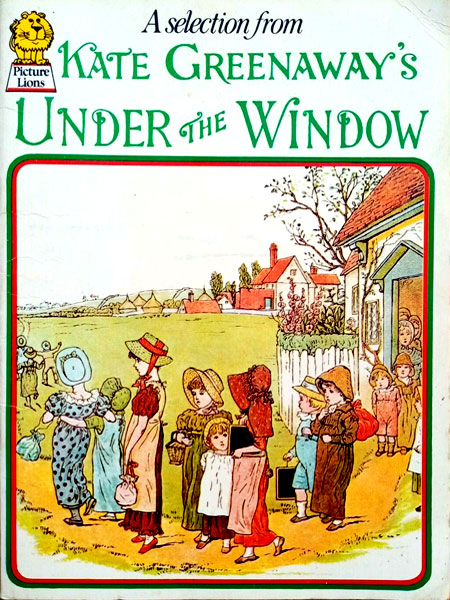 A Selection from Under the Window by Kate Greenaway