Mr Men books by Roger Hargreaves were and remain to this day one of my favourite series childhood books. Yet somehow I managed to miss the release of Mr Men stamps, which came out on 20th October 2016.

I bought these last year after my old hobby of stamp collecting was re-awoken on the release of Ladybird Book stamps (another of my favourite series of books), which I saw an advert for online. I immediately went on to the Royal Mail website to purchase a pack and see what else I had missed! Mr Men popped up, and I also bought the Classic Toys pack. 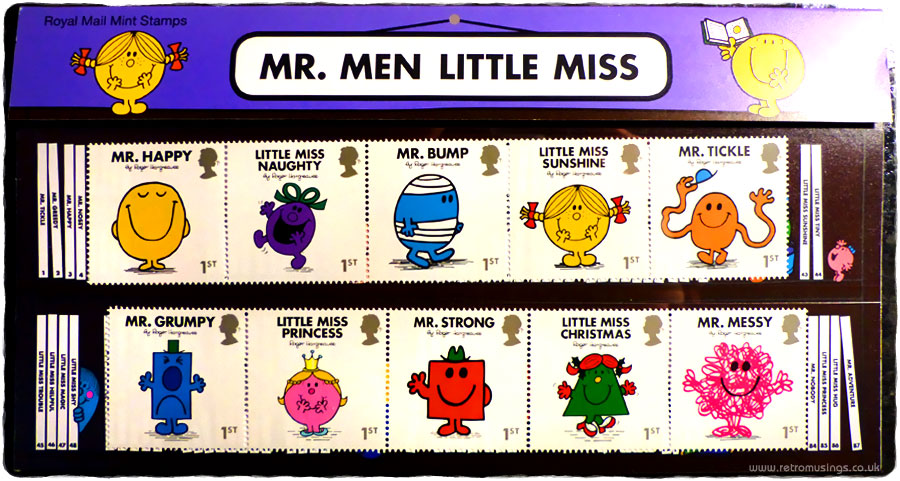 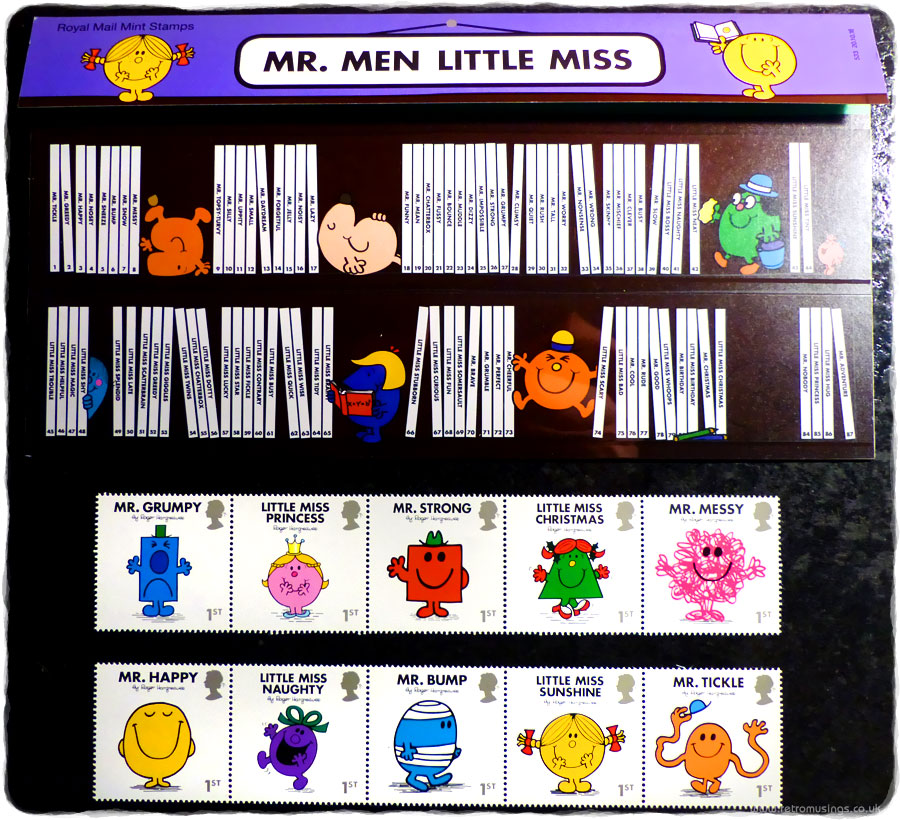 The card folds open and is full of illustrations, little facts, and the history of the Mr Men books. 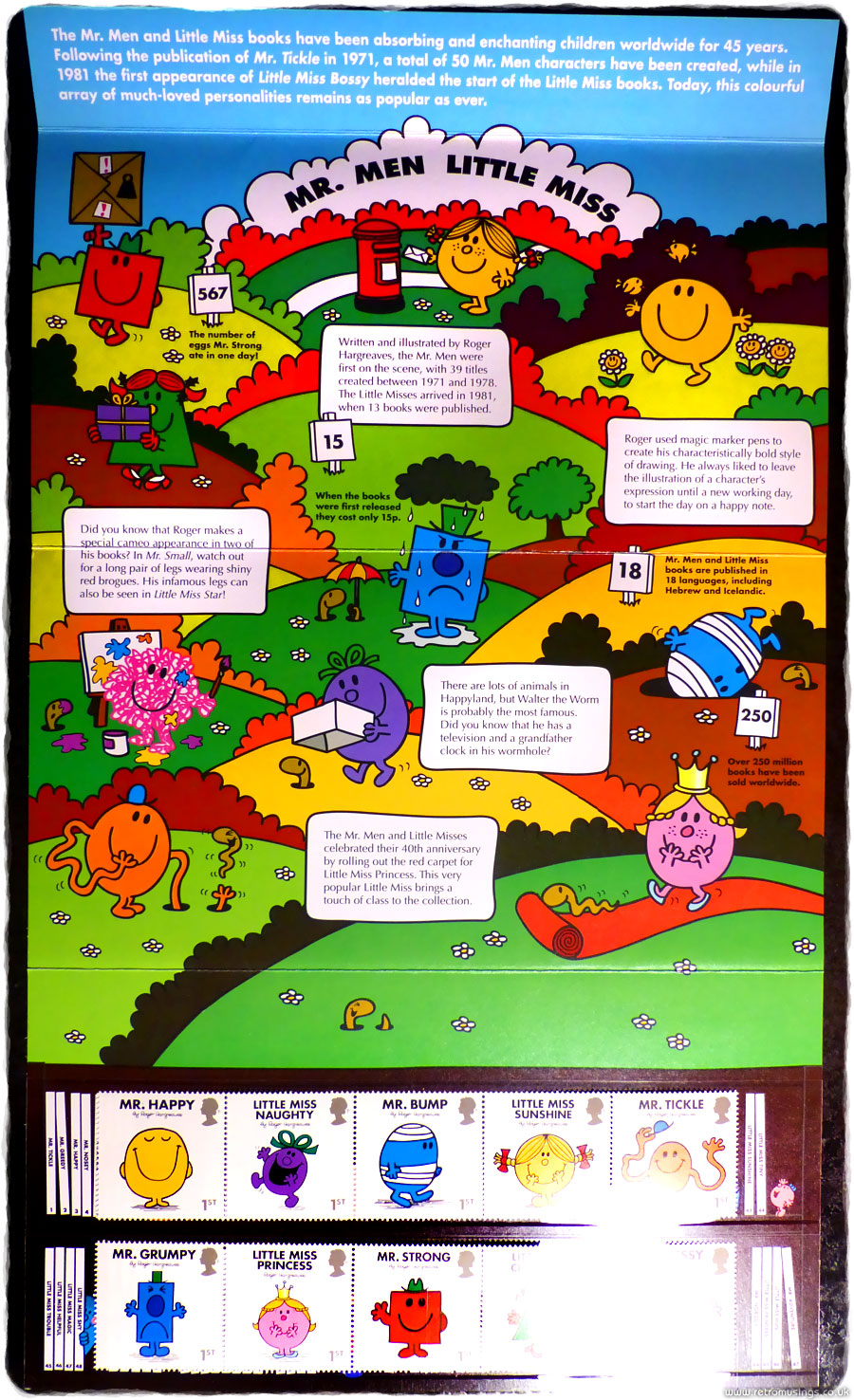 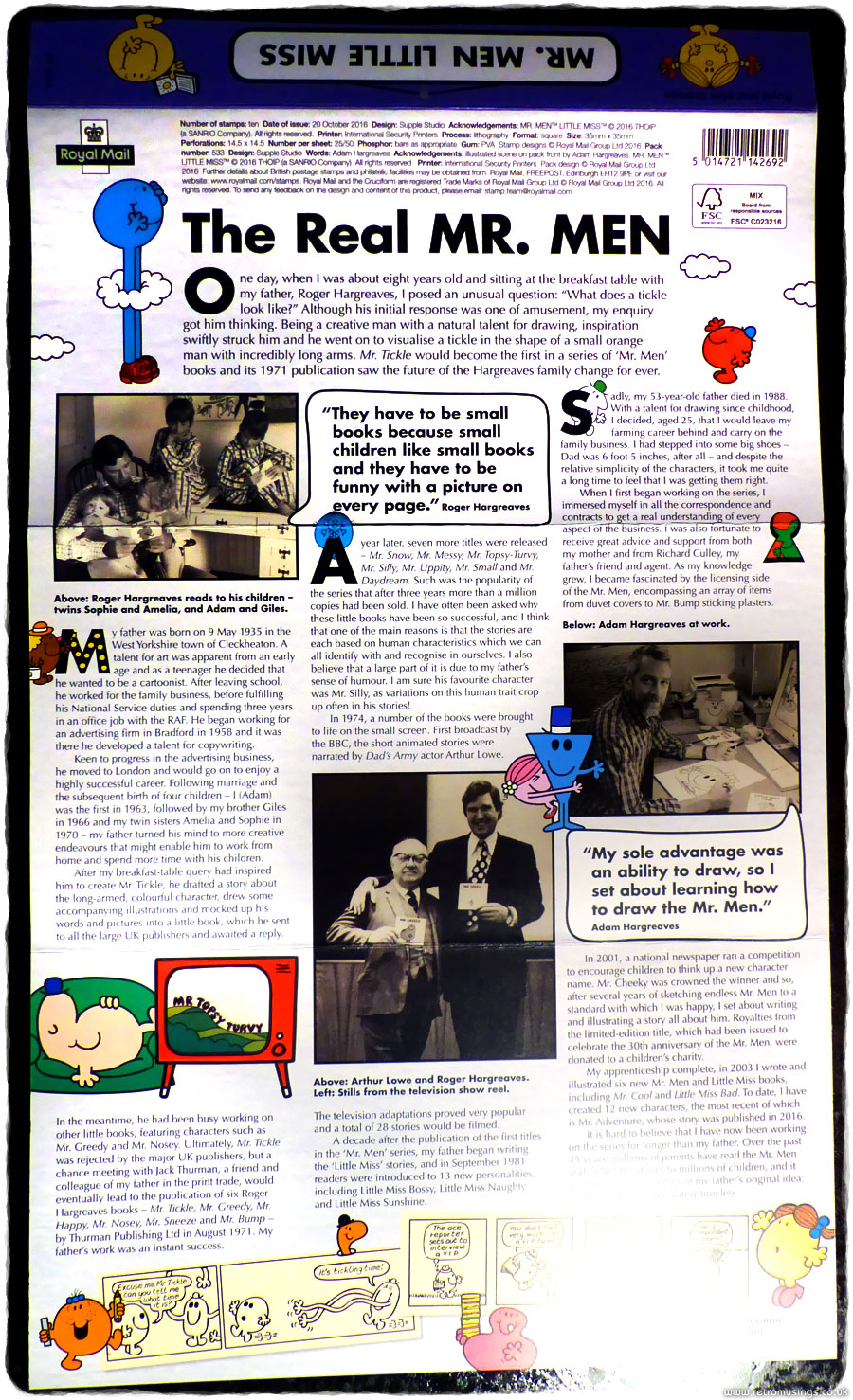