I bought a few toys from the charity shop I volunteer in this week (Kitty Kitty Kittens, Shnooks, Furby, Bush Baby World and Snow White), then a load more toys from the one next door (a big bag of Littlest Pet Shop). I also bought a novelty handkerchief laundry shirt thing! 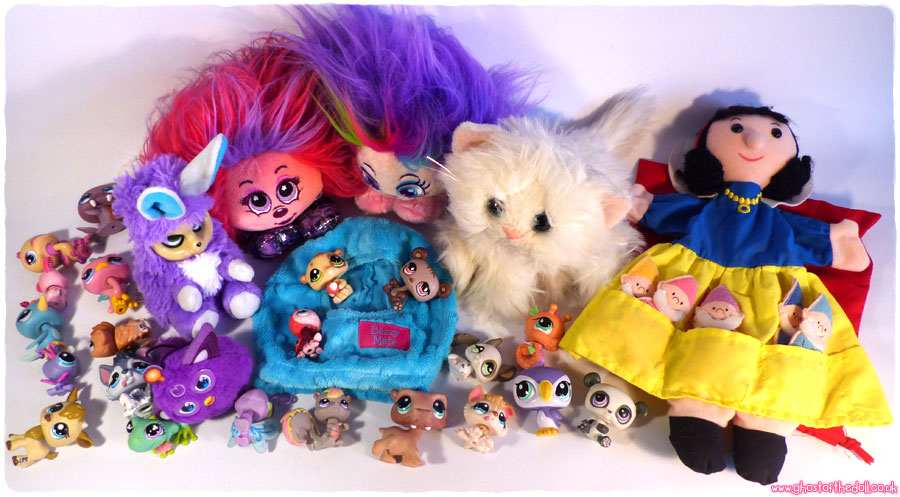 These little guys were split up into two bags, along with various other toys. I asked the shop assistant if they would mind me picking out just the LPS’s from the two bags and leaving the rest, and she was happy to do so! There were 20 authentic LPS and one (nice) fakie.

I saw this plush kitty the previous week, and it wasn’t until I got home it clicked what it could be. Luckily, it was still in the plush toy basket on my return the following Monday and I was correct in my thinking!  It has a ball in it’s head which rolls around making a purring-type noise when petted.

This one is from 2000, produced by DSI Toys. They were originally produced by Tyco from 1992, until DSI took over in 2000, and shortly after this they were recalled due to heath reasons. Inside their bellies was a balloon filled with water to make it feel more lifelike. This water was found to be contaminated, so if the balloon popped the water could cause an issue (although no claims were made). Mine certainly doesn’t have a water filled balloon inside, so presumably popped some time ago. 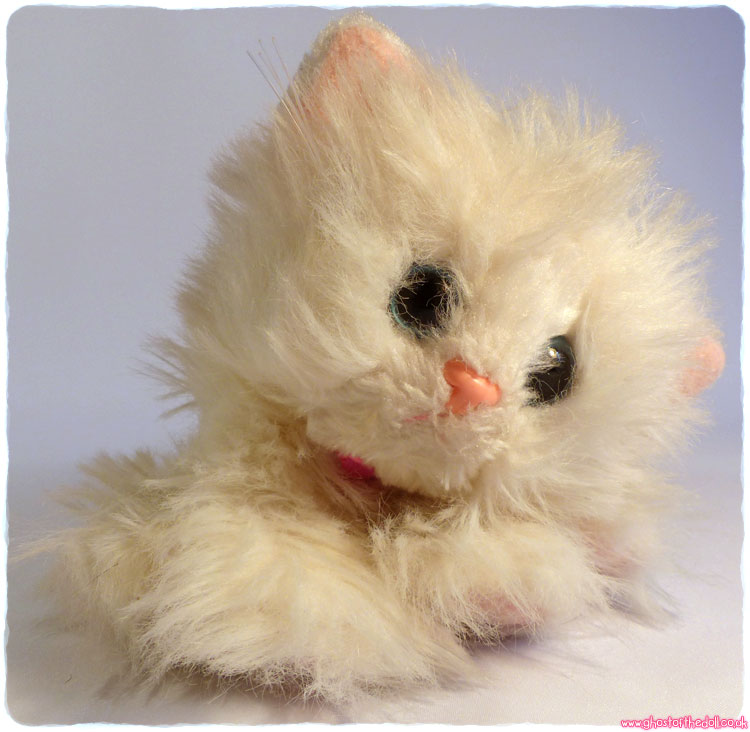 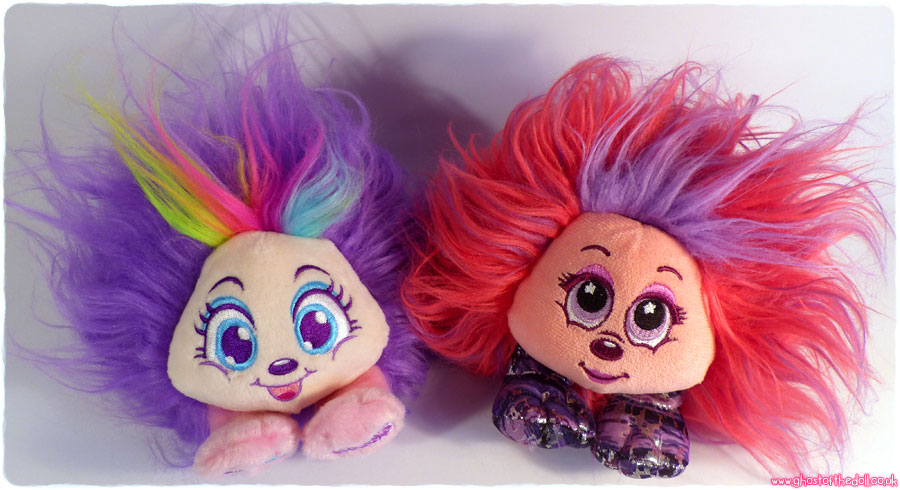 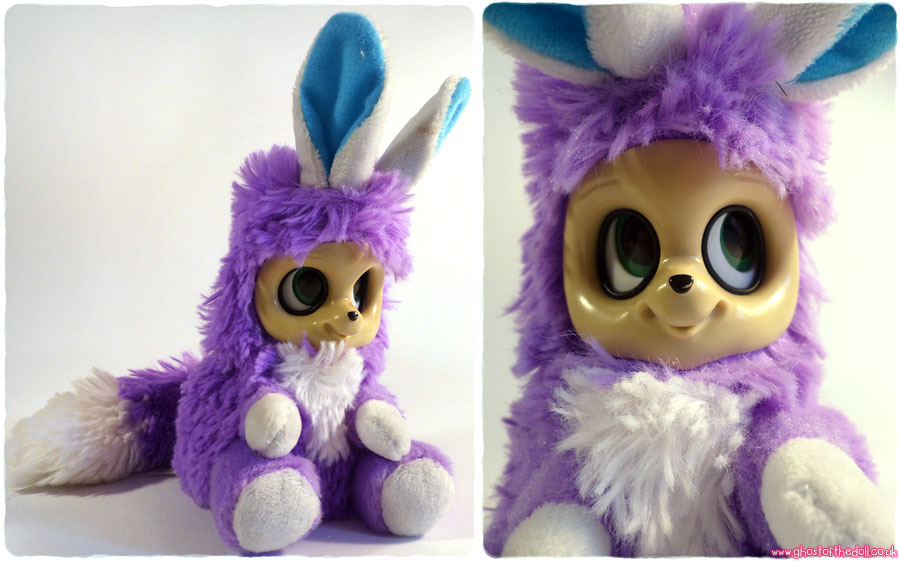 This Snow White hand-puppet by Fiesta Toys had been in the charity shop for several weeks. She was originally labelled and bagged up so the dwarves didn’t go missing, but had come loose somehow and one of the dwarfs went walk about. I decided to take them all home with me so no one else wandered off! I’ve kept an eye out for the missing dwarf, but he’s not shown up yet! 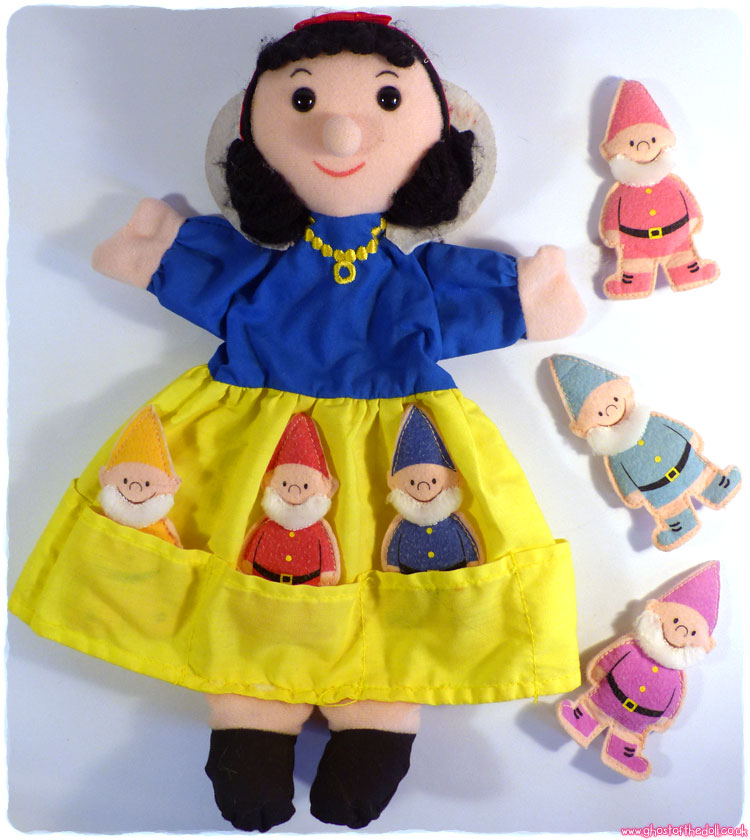 A purple one this time. 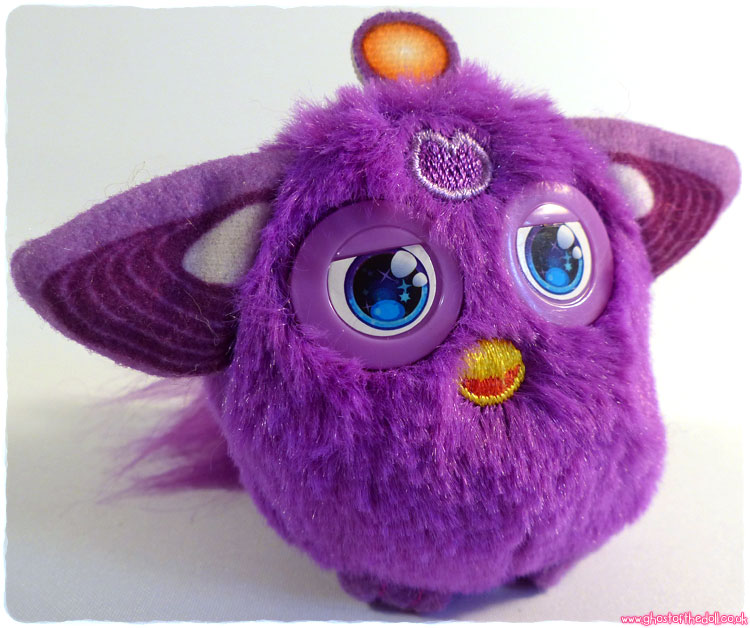 I think that a squat, plush owl came inside this once upon a time. I liked the fabric, so bought it. Sadly, it was not stretchy enough to fit on my cats head! 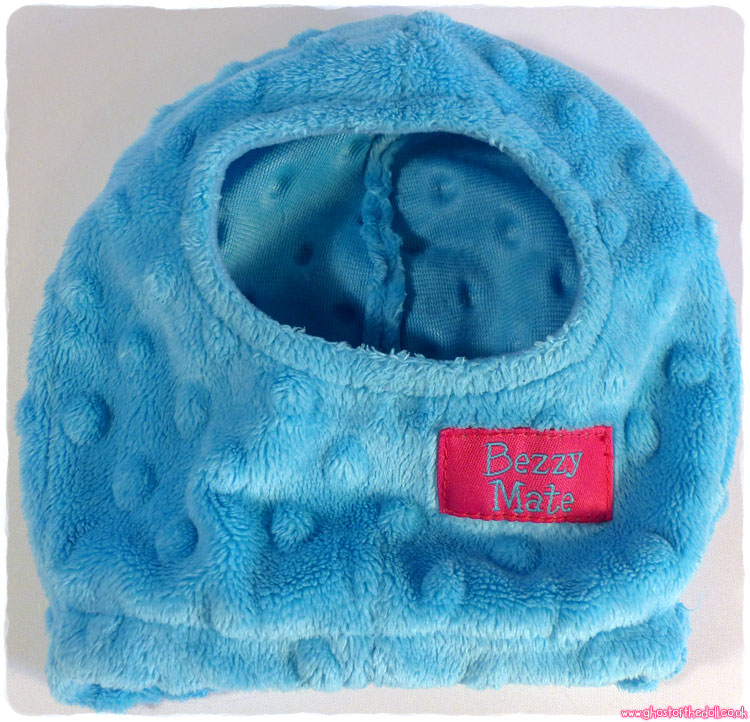 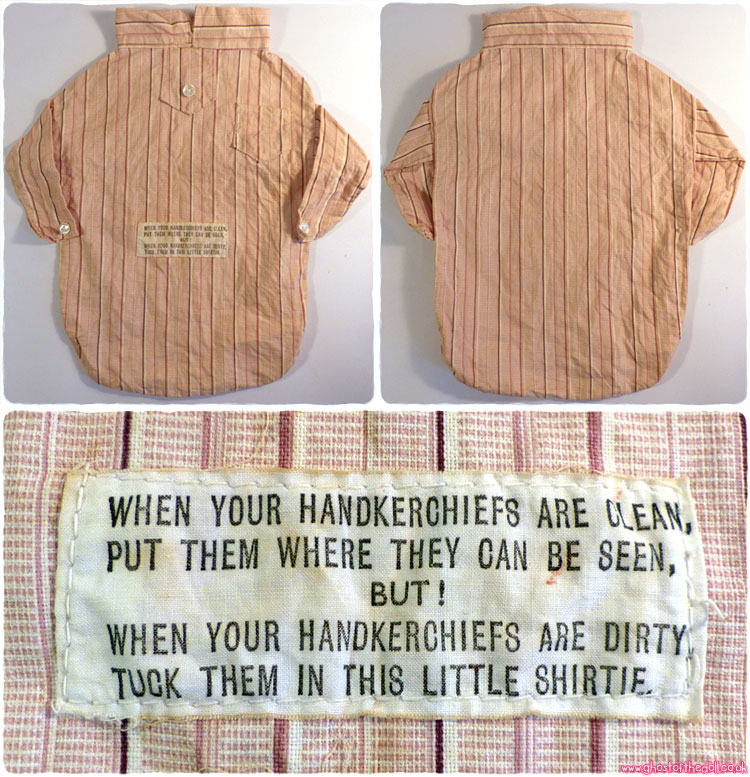